The second-last time I was in Vancouver in the past month, I had an hour or two to spare, so I decided to check out the Vancouver Art Gallery. One of their exhibits was titled "Beat Nation"; a look at urban youth culture and aboriginal identity.

There was some though provoking stuff: some in the way that made me go "hunh?" and some that made me go, "Oh, yeah!"  I really enjoyed the pieces by Jordan Bennett, an artist of Mi'kmaq descent who lives on the west coast of Newfoundland.

Jordan made two turntables out of wood (with hidden electrical components), both of which played wooden records.  One of them played the artist's voice and the other played the age rings of the tree.

I've always wanted to learn how to make snowshoes the traditional way.  They're the kind that I like best because, well, in my experience they're the kind that work the best.  But what about using that skill for more contemporary modes of transportation?  Like skateboards? 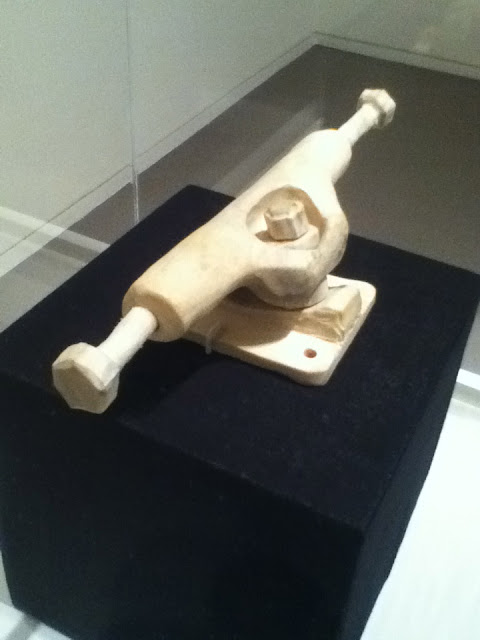 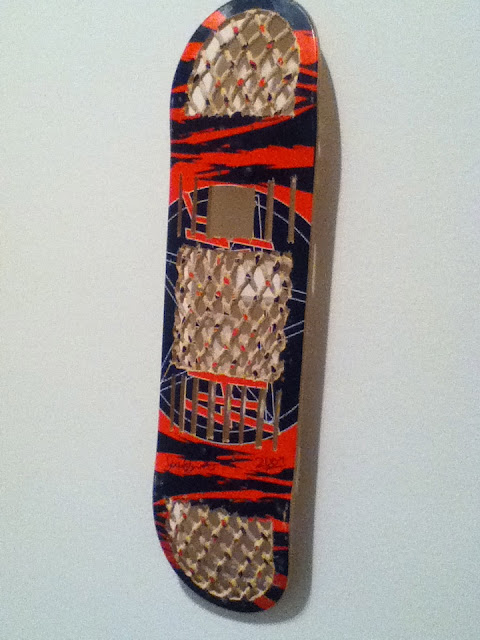 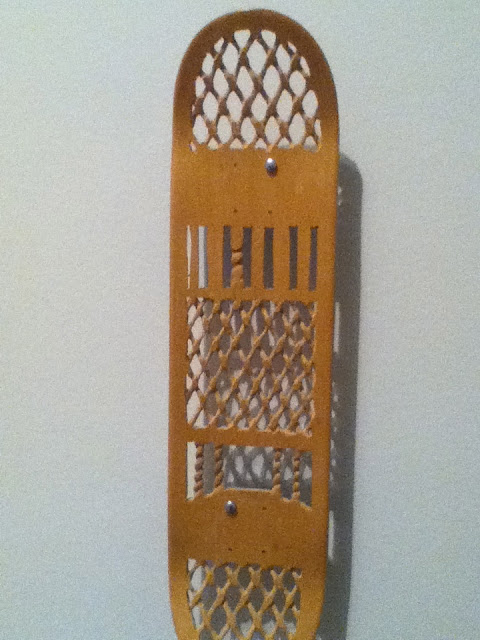 Jordan carved the snowshoe-style appearance into these skateboards, but what about using the same techniques one uses to make snowshoes to make a skateboard?

After I learn how to make my first pair of snowshoes, that's what I'm gonna do.