My friend Olivier organized a group trip up the Mountain Hero trail on Montana Mountain, just outside of Carcross, Yukon.  I'm often tramping through the woods with only my dog for companionship and I have to say that snowshoeing with a group made for a nice change of pace.

I'd never been up the Mountain Hero trail before and I wasn't sure what to expect.  Not knowing if I'd have an opportunity to use it, I brought my plastic toboggan for the ride down, just in case. 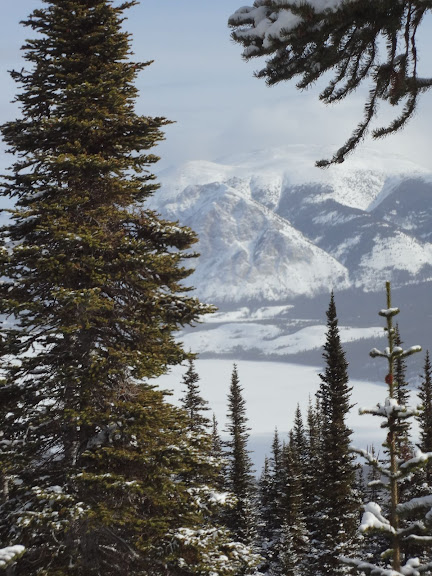 The trail has some great views of Tagish Lake. 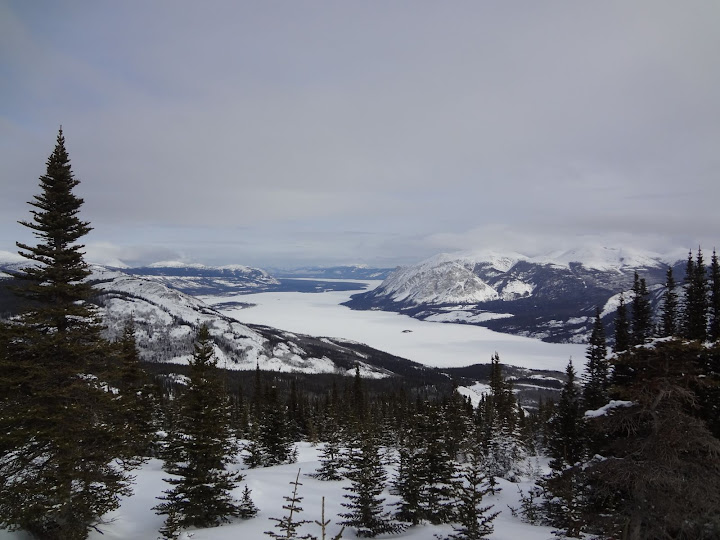 And the oddest looking spruce cones... 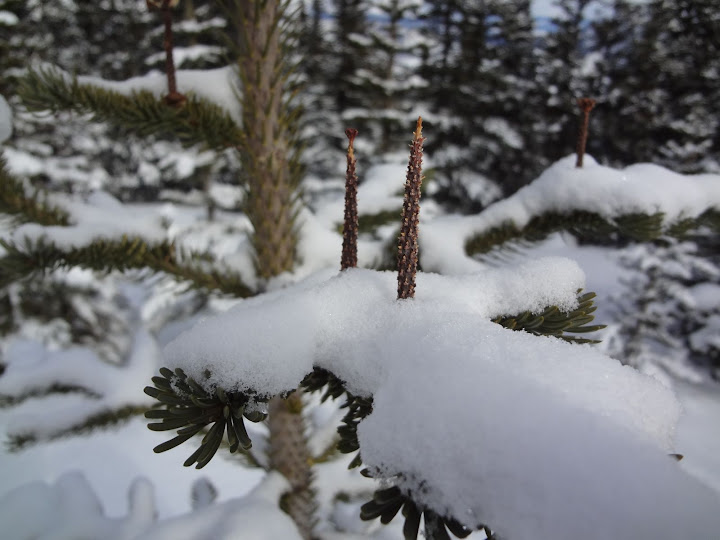 I've never seen them stripped down on a tree like that!  Maybe this guy did it... 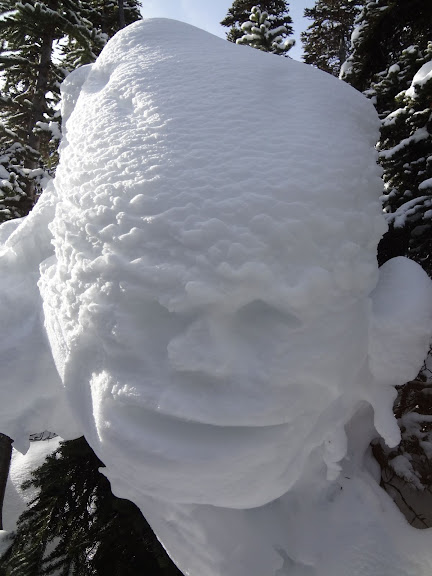 The sun was bright and the sky was blue - not that you can tell in this picture.  I still haven't got this new little camera worked out.  I miss my old one. 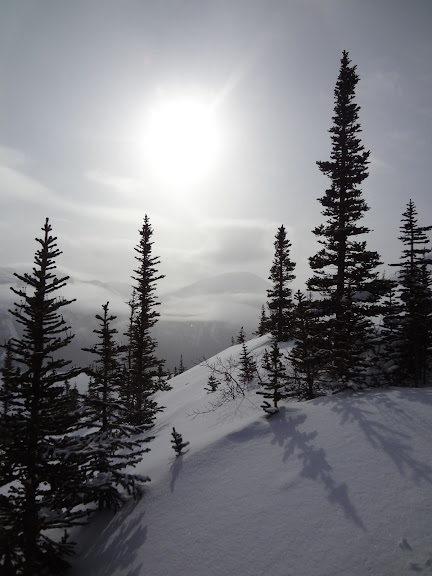 The treeline ends abruptly.  By this point, I was getting pretty excited about the tobogganing potential. 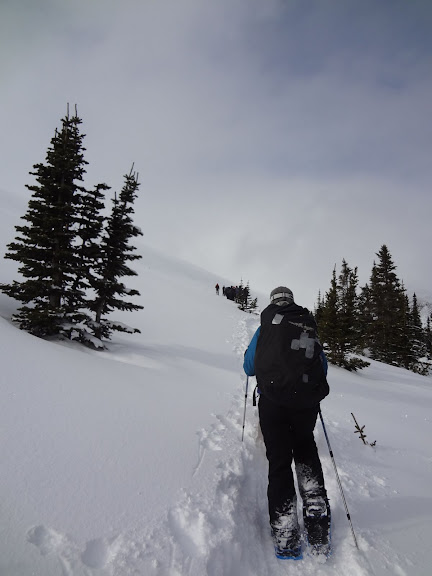 The top of the ridge revealed kilometres of fantastic hiking country and I know that I'll be going back. 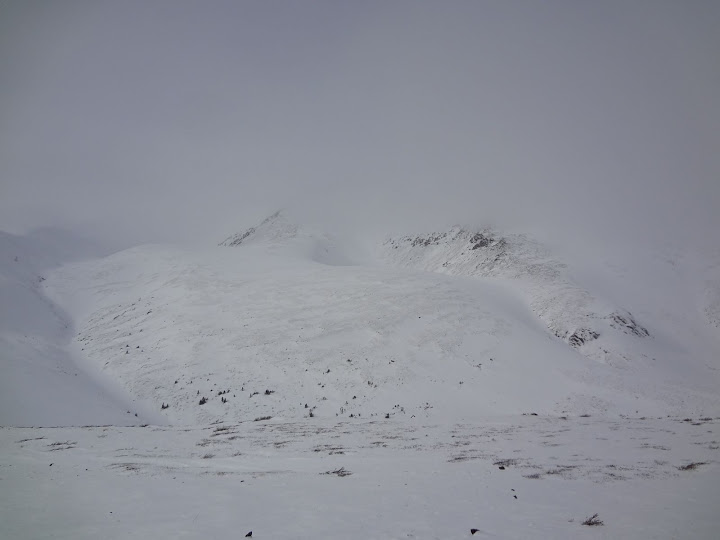 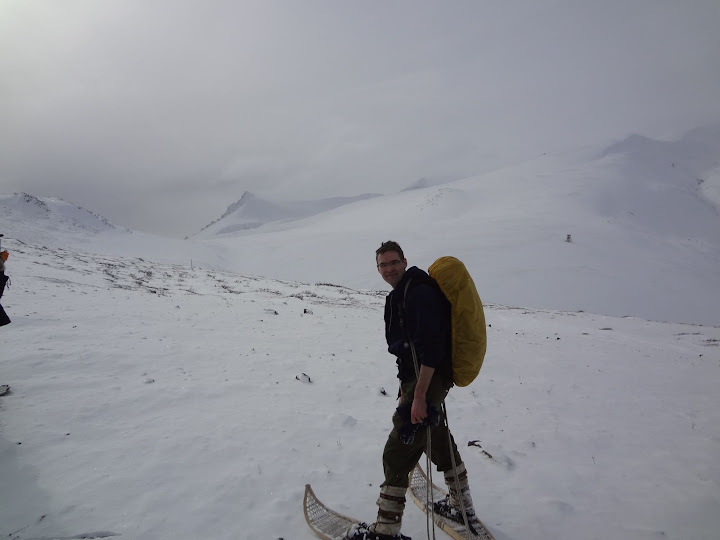 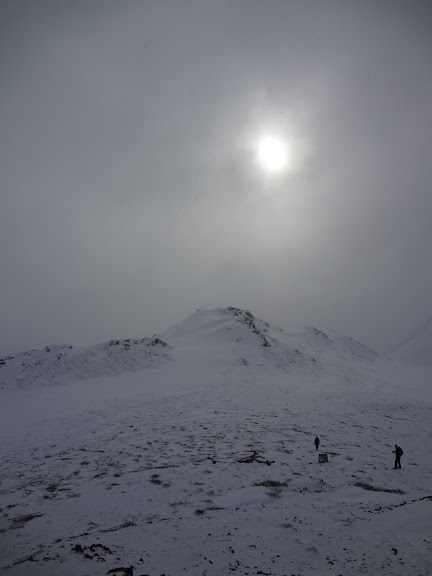 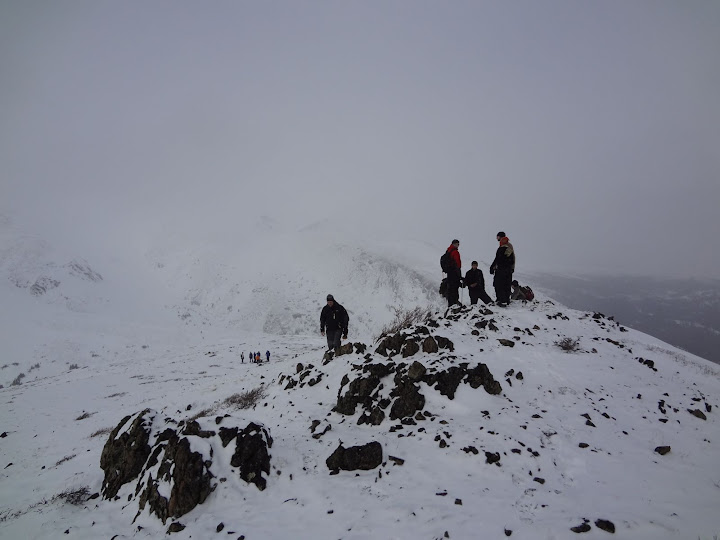 I didn't get any pictures of the ride down because, well, it was all a bit of a blur.  With the exception of the occasional level spots along the trail, it was a steady ride down the snowshoe-packed, bobsled-track-like trail.  For nearly forty minutes of downhill flight, I dragged my hands in the powder along the sides of the trail to control my direction and slow myself down.  Although I came close on a couple of occasions, I never hit a tree.  It was great!

And, because I had been exerting arm muscles that I don't normally use over an extended period of time, I could barely lift a dinner plate the next day.  That part wasn't do great.

And yet, I would totally do it again.  But I'd wear a helmet this time.  Just in case.

Thanks for the invite, Olivier!