And just like that, we were in Red Square.  I must admit, like so many famous people and places from history, I thought it would be bigger.  I wasn't disappointed, though.

One of my favourite buildings framing the Square (which is really more of rectangle) was the State Historical Museum.  I love buildings with character. 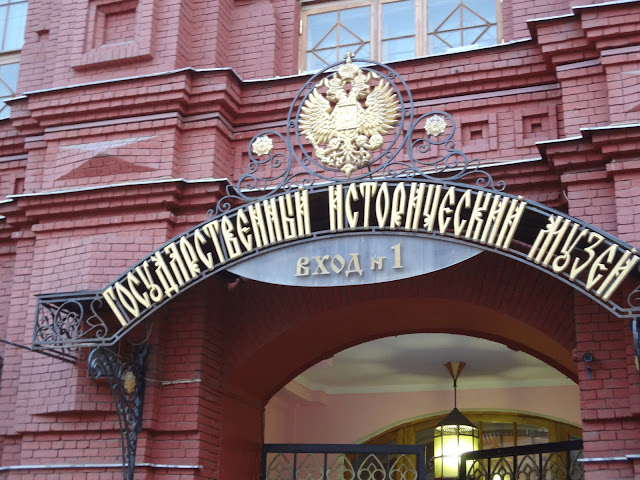 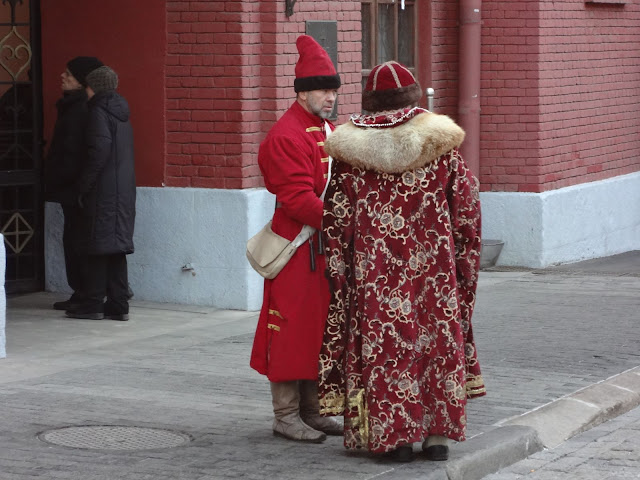 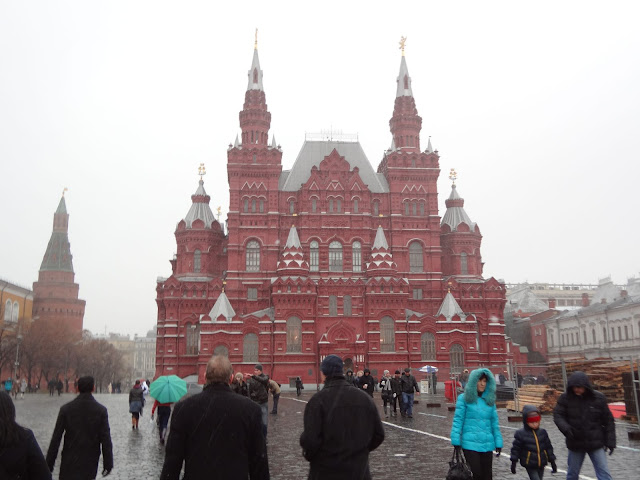 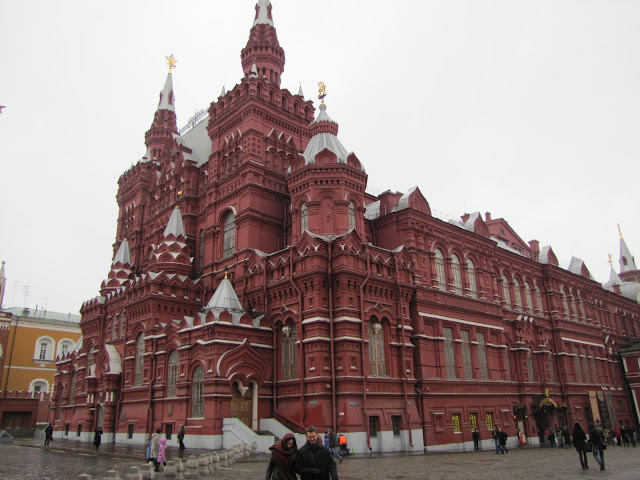 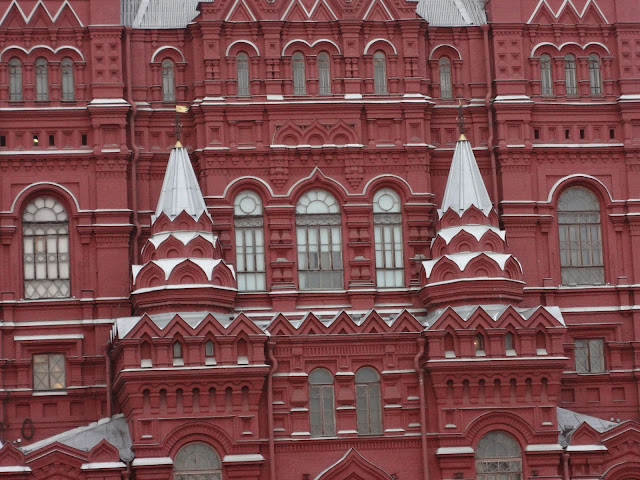 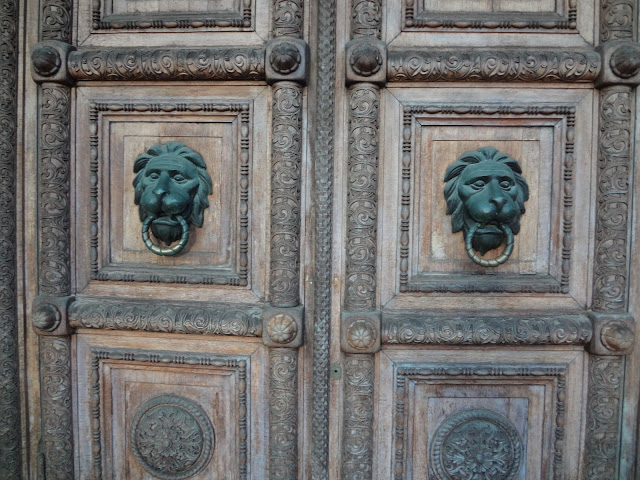 There are so many churches and chapels in and around the Kremlin. 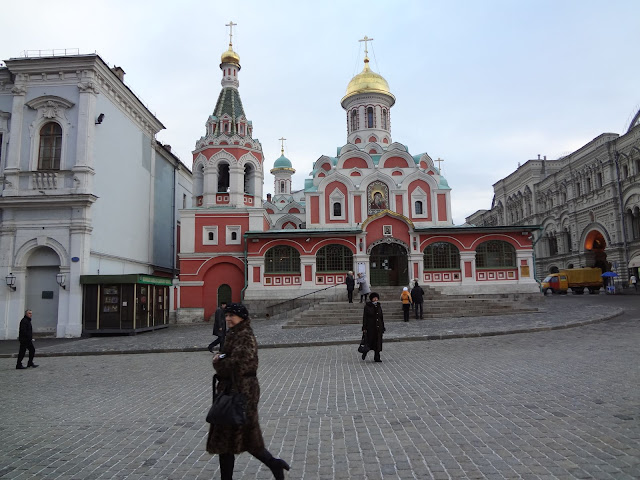 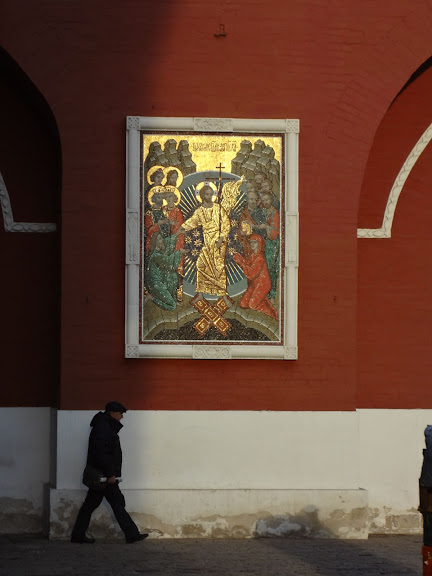 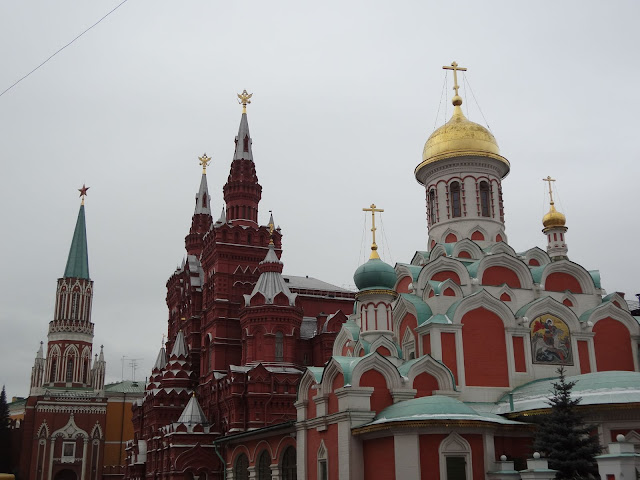 Part of Red Square was closed off while they construct a large, temporary skating area.  Although the construction ruined some of the views, it didn't ruin all of them.

The red, fortress wall of the Kremlin flanked one side of the Square.  In spite of the colour of the wall and the Square's name, that's not why it's called the Red Square.  In Russian, the archaic word for "red" also means "beautiful". 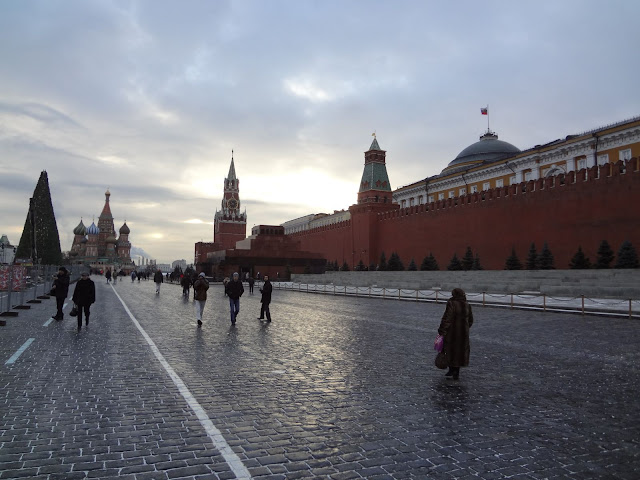 Although we didn't stop at Lenin's tomb with the tour, I went back later to see Lenin's body.  Again, he was smaller than I imagined.  The state of preservation is extraordinary, if not a little creepy.  No cameras are allowed in the tomb (enforced by police officers using metal detectors) but you can see a very accurate picture by clinking the link above. 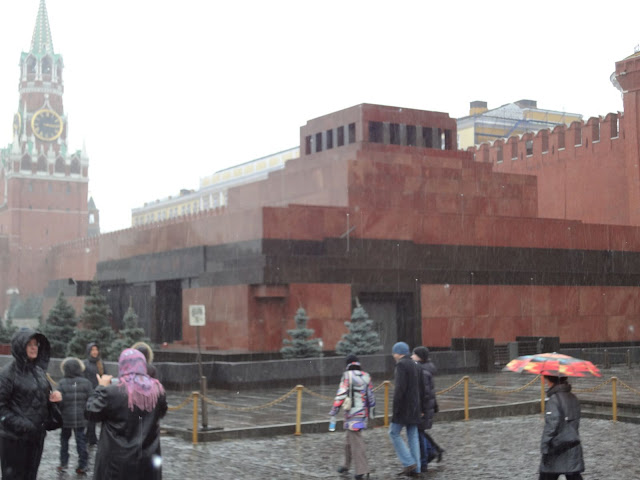 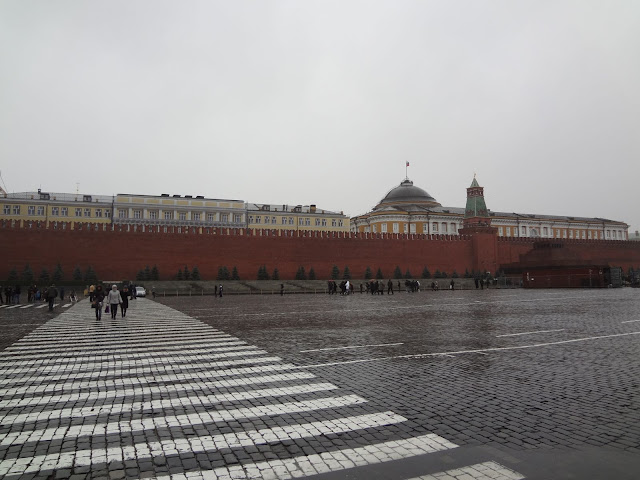 Toward the river is the cathedral of St. Basil the Blessed.  The cathedral is the geometric centre of Moscow. 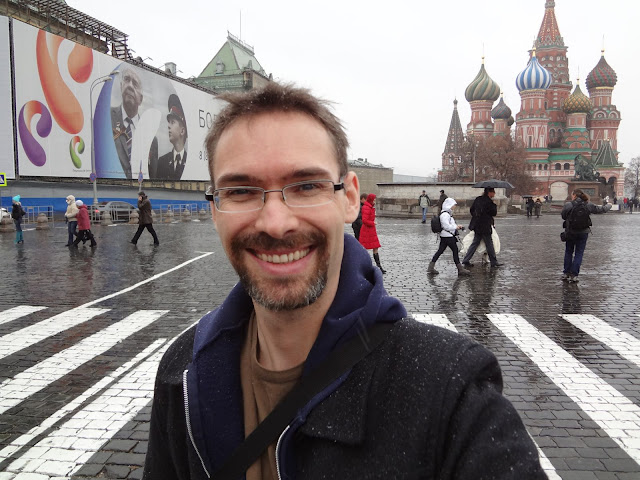 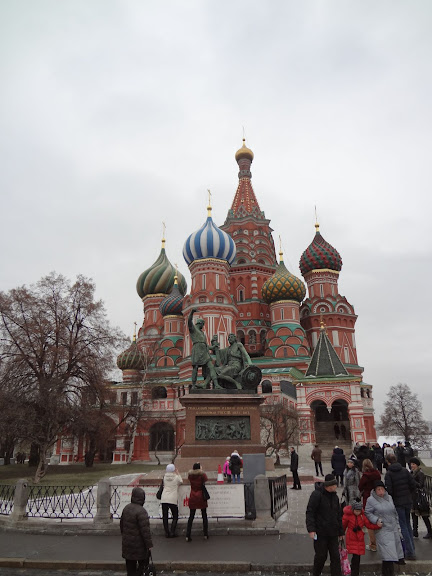 Our next stop will take us to the GUM (pronounced "goom") and after that, behind the Kremlin walls.

The picture of you @ the Red Square looks pretty good!

I've never been able to wrap me head around the scale of Red Square. It seems that Moscow is a place like the Yukon where a flightseeing trip is needed to really appreciate what you're seeing. There's a 9-minute Moscow flightseeing trip at http://www.youtube.com/watch?v=thdZCqH-owc that helps.