Moscow: As Seen at High Speed Through Dirty Van Windows

Our tour guide, Tatiana, was fast. She talked fast and she walked fast. It was a good thing she could talk fast, too, because the first part of our tour was in a rented van and the driver drove fast. We flew past all sorts of interesting sights and tried to take pictures through the muddy van windows as Tatiana spewed forth all sorts of fascinating tidbits about Moscow's history and life in the most-northerly city with a population greater than 10,000,000 people. 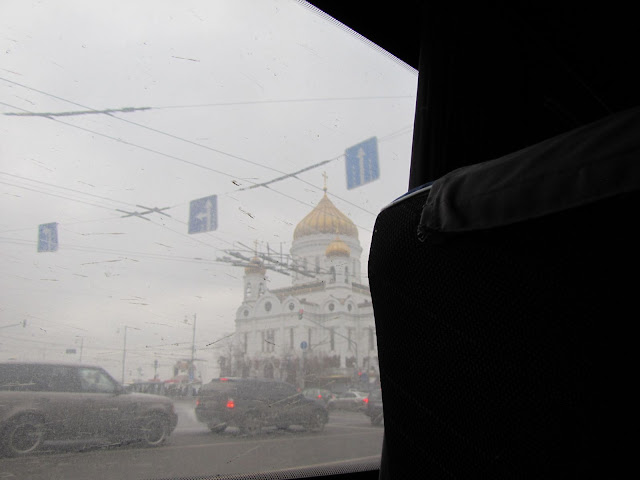 Moscow's name (locally pronounced "Moscva") is thought to have meant swamp or swampy water when it was founded sometime prior to 1147 AD.  Although there is some debate, it generally has something to do with swamps.  Other cities have changed their names, depending on what has been in vogue at the time, but not Moscow.  If I ever find myself founding a city, I'm not going to call it Michaelsville or Michaelsberg or anything like that, I'm going to call it Muskegville or Sloughsberg.

For some reason, all of the street lights had a sign that reads as "stop" in cyrillic.  Moscow, I should mention, has aggressive drivers, but they're still not as aggressive as they are in other countries I've visited.  Generally, the stop lights are obeyed. 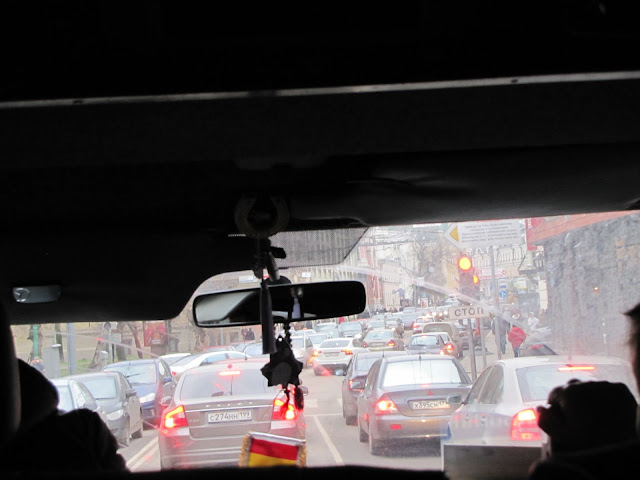 Oh, look!  It's the church of St. Nicholas!  Zooooooom! 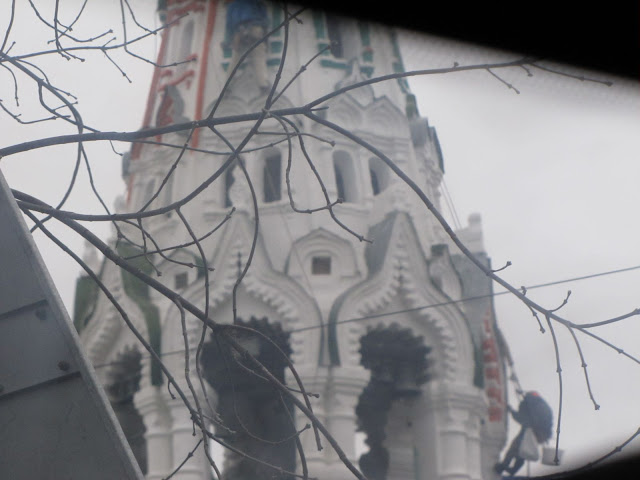 I never even noticed that guy up on the steeple until I started doing this blog entry.

And there's Tolstoy's house!  We heard a little bit about Tolstoy's very interesting demeanour.  And then? Zooom! 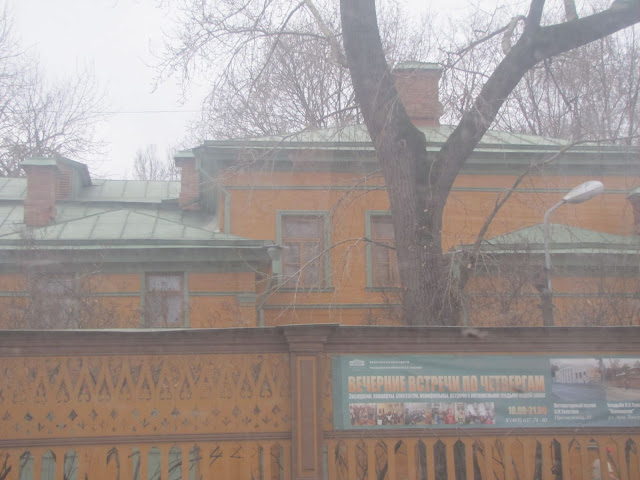 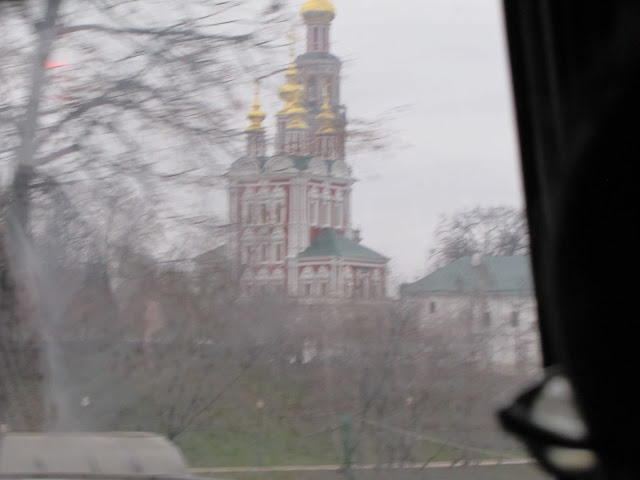 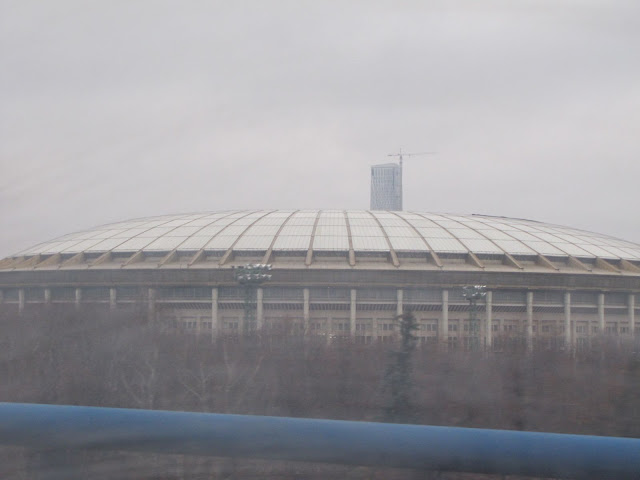 The Sparrow Hills!  The Sparrow Hills were once the country-side hunting grounds of the rich and famous.  Only men were allowed.  See that bit of green in the picture?  That was where a bunker was built to protect the politicians if the bomb dropped - because nothing could be more confounding to your enemy than having 11 million people killed but the politicians still alive, kicking, and radioactive. 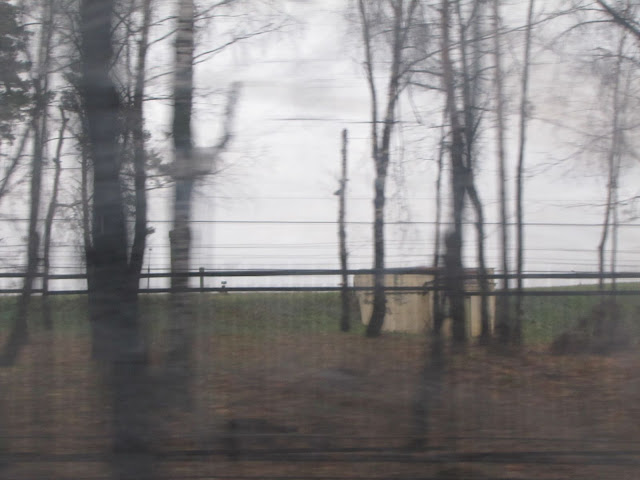 And there's Lomonosov Moscow State University!  The university is so big, with so many rooms, that it would take, apparently, forty years to visit every single one of them. With 1,000,000m2 floor area and 1,000 buildings and structures, it sounds like one of those rare challenges that I'll take a pass on. 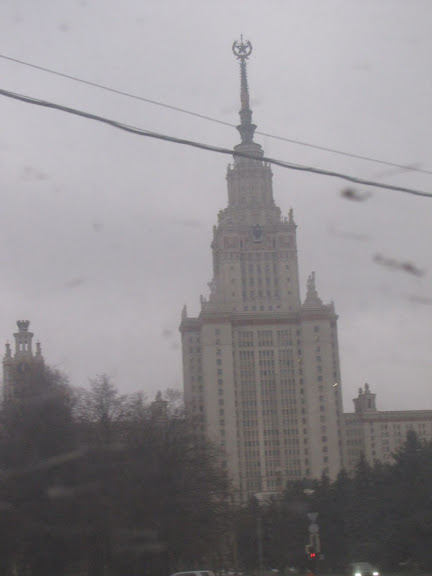 There was a good view of the city from the Sparrow Hills.  The viewpoint, overlooking the Olympic Stadium, appeared to be a popular place for wedding photos.  It was also a popular place for tourist kitsch and urban-camo-clad police.  See that writing on the back of his jacket?  It says "Polizia".  I'll post more pictures from our stop there later.  This entry is dedicated to pictures that were taken from the van.  Zooooom! 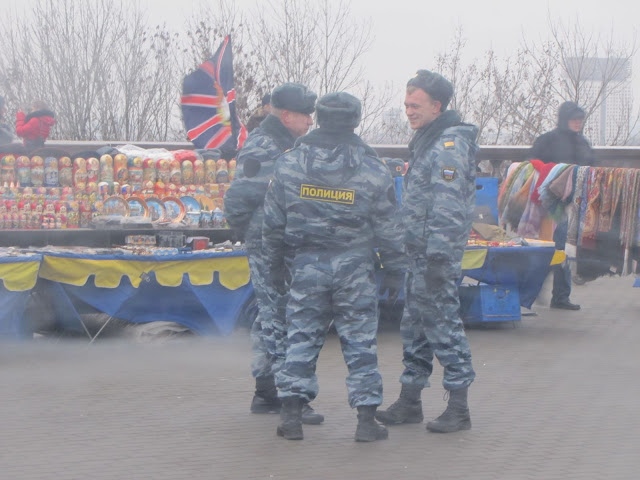 Did you know that there are more billionaires in Moscow than any other city in the world?  There were 79, according to the 2010 census.  I'm guessing this stretched SUV didn't belong to one of them, but was rented by one of the many wedding parties visiting the lookout. 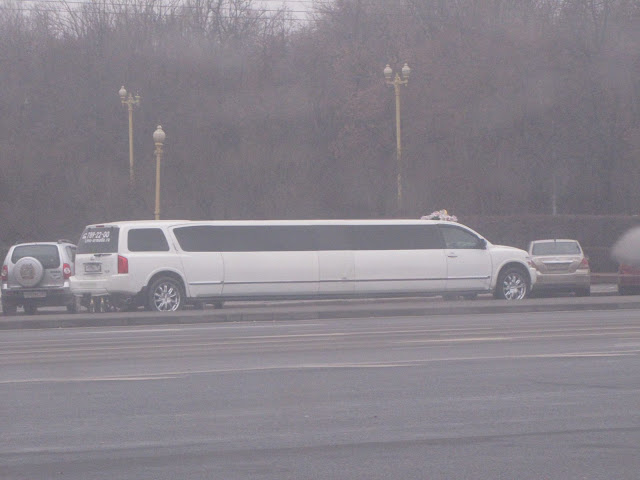 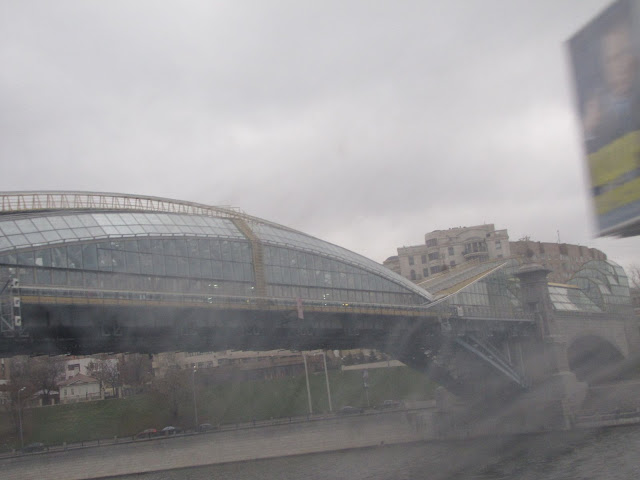 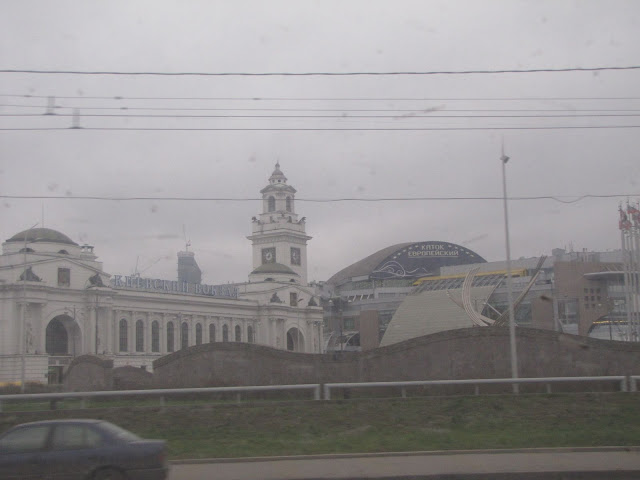 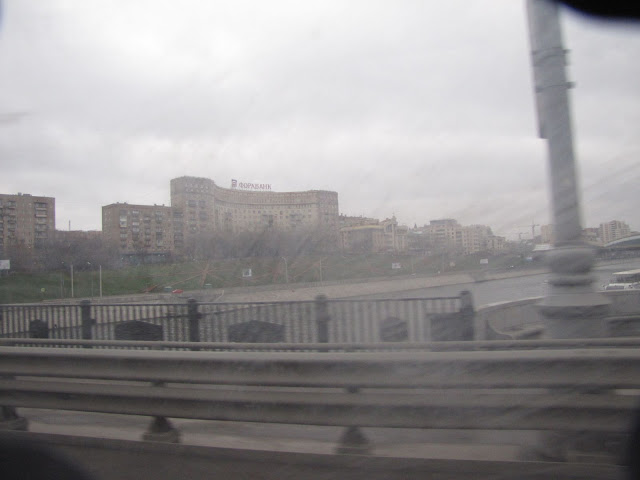 Next stop?  The Arbat!