Exploring the "Backroads" Around Red Square.

During my second visit to Red Square (I'll get back to the tour later), we explored the streets around the area, starting from the "Goom". The streets there were narrower in this part of the city. I would have expected most of the city to have narrow streets, but that was not the case. 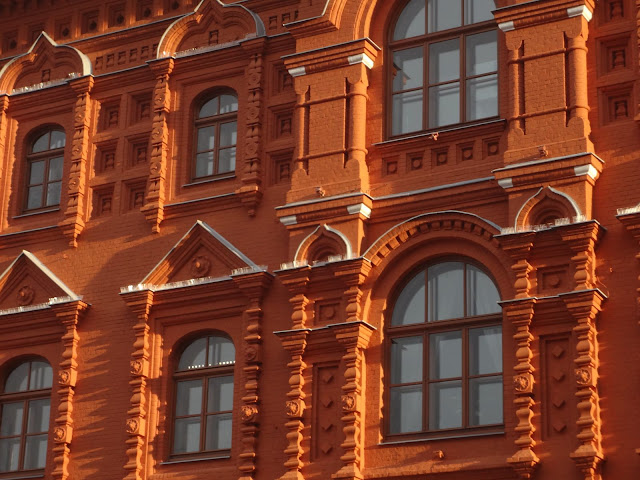 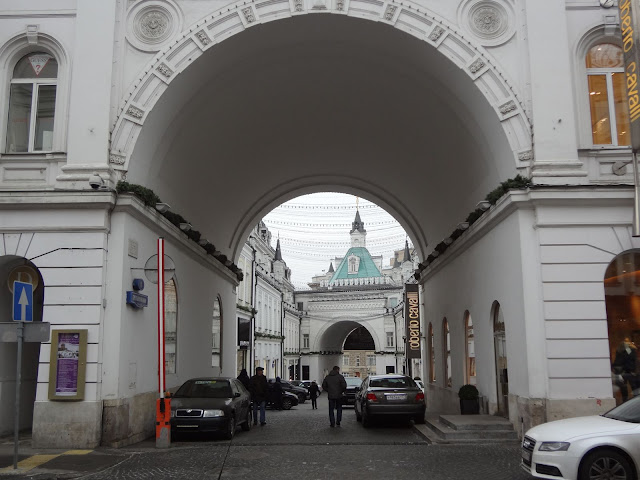 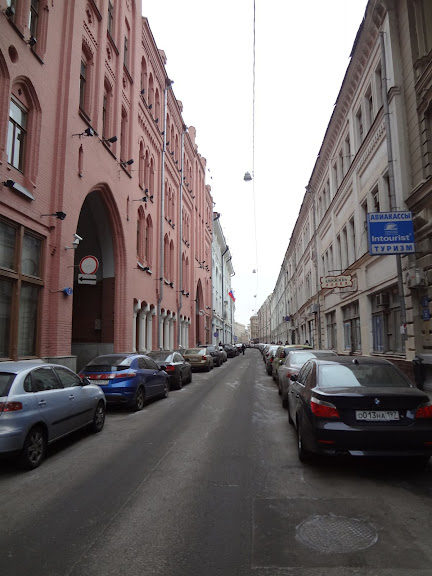 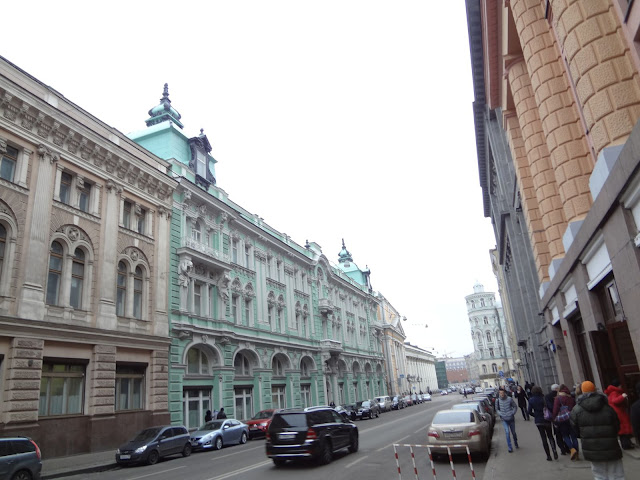 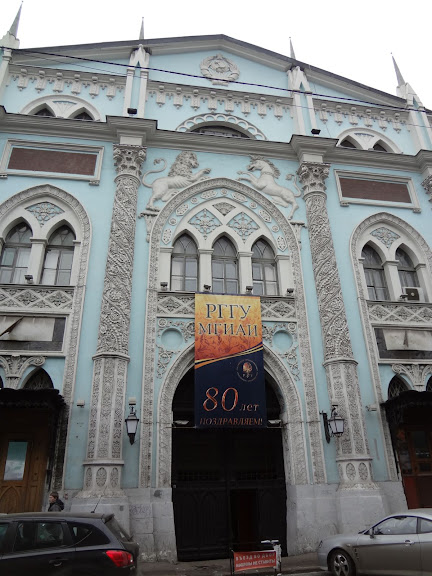 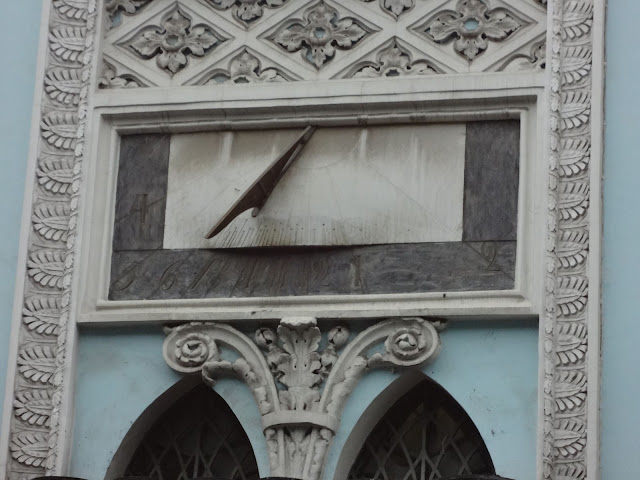 Moscow's streets are surprisingly wide.  Some of the streets right down down are more than eight lanes wide.  Our tour guide explained two reasons why the streets are so wide. The first reason is because, once upon a time, everyone had yards big enough for food-producing gardens (like mini-farms for every family). Obviously, those urban farms are gone now. The second reason the roads are so wide is because, when they were doing their urban planning, they looked way into the future and said, "We're going to widen these roads to accommodate X number of cars". They haven't reached their car carrying capacity yet but, by gum, they tore down buildings and widened the roads in preparation for the day it happens. 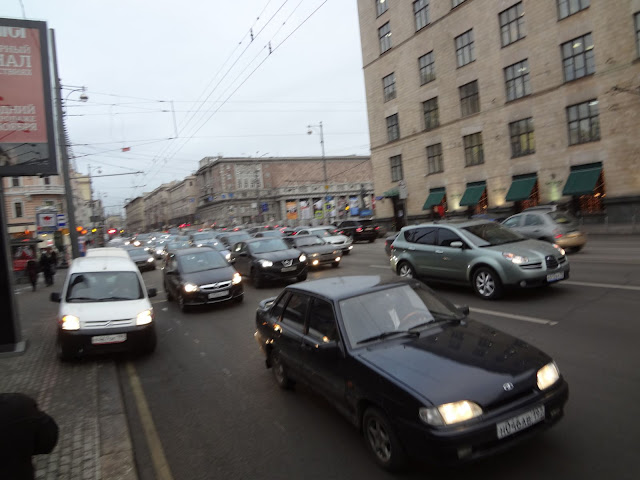 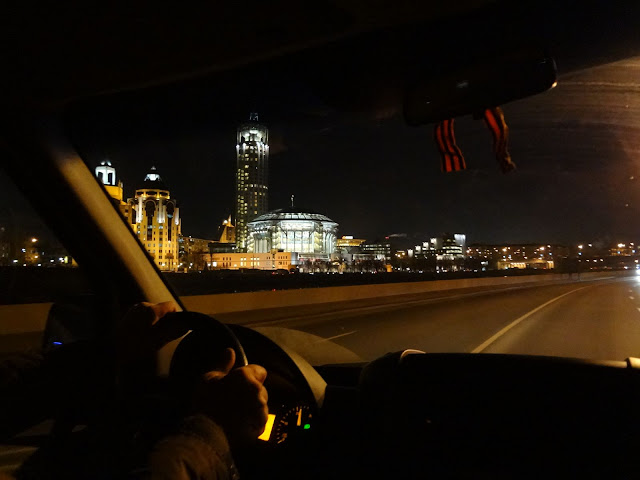 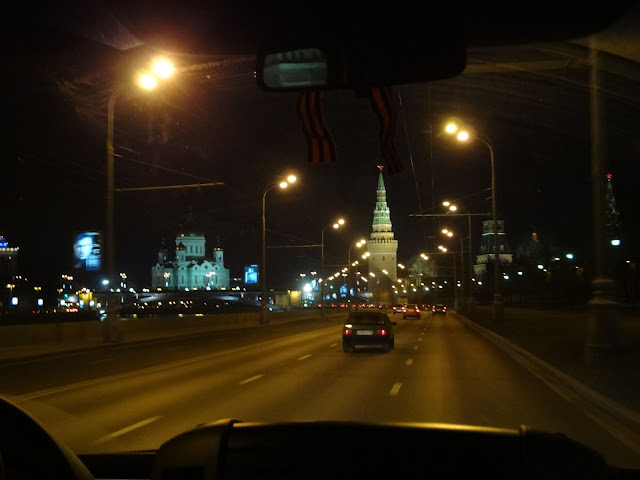