One of the big reasons we went to Ontario this summer was for my friend's wedding. The stereotypical bachelor party is just not Bob's style, so we did something that was. We went canoeing. 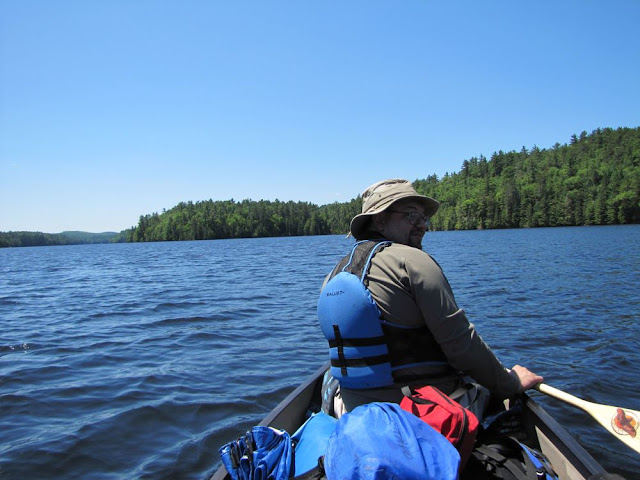 We paddled Black Donald and Centennial Lakes along the Madawaska river systems. 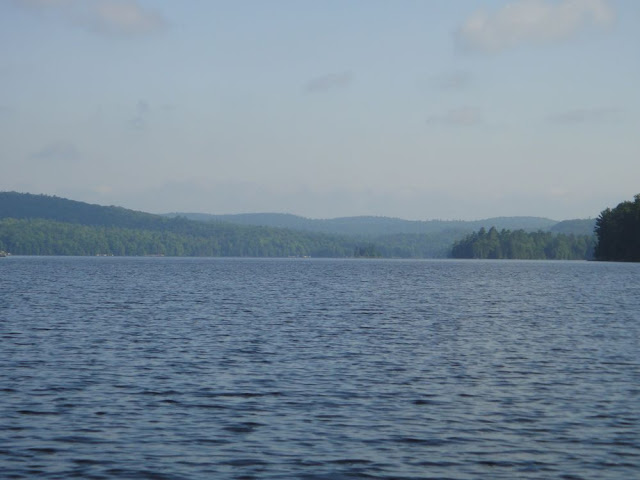 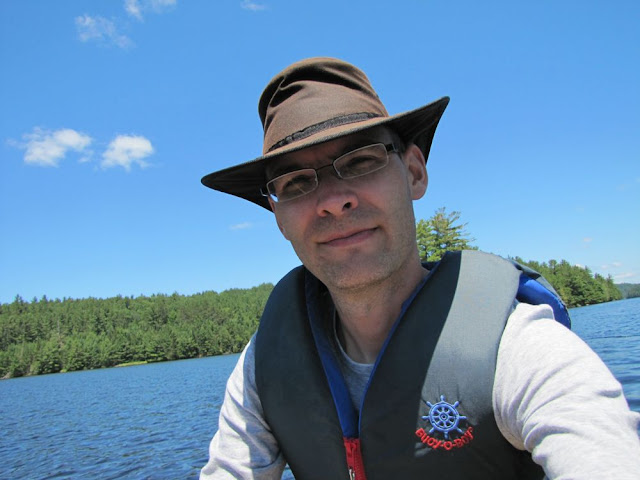 The water was warm, and judging by the number of minnows in the shallows was very productive. 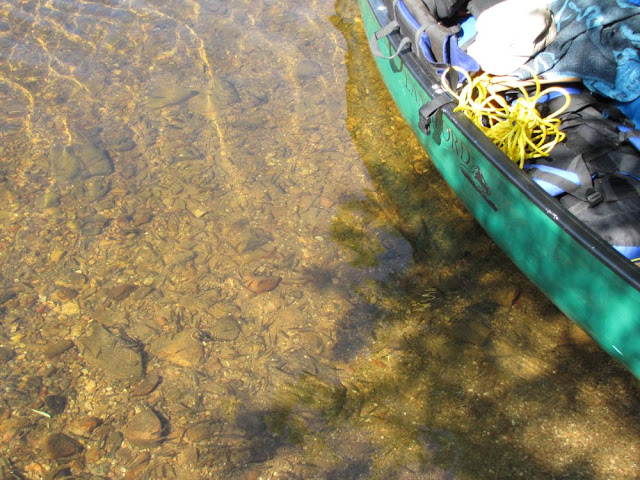 It was also hot out, but being on the water made the heat a little more bearable. We took it easy, having a general plan but mostly winging it.  We chose our route according to our mood without much of a destination in mind.  It's kind of a nice way to do it, really.  Most of the paddling I've done in the last few years has been down rivers where there's little question about where you might end up. 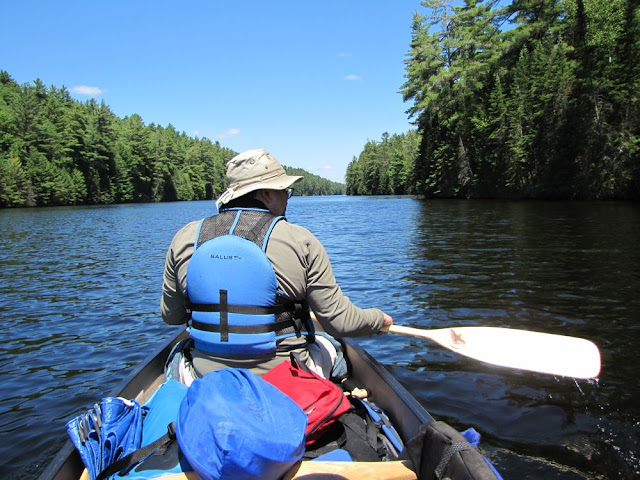 One channel we took around an island had a recent collapse along the bank. We stopped to investigate. The picture doesn't do it justice, but there was a pattern in the sandstone that looked like a giant turtle shell. 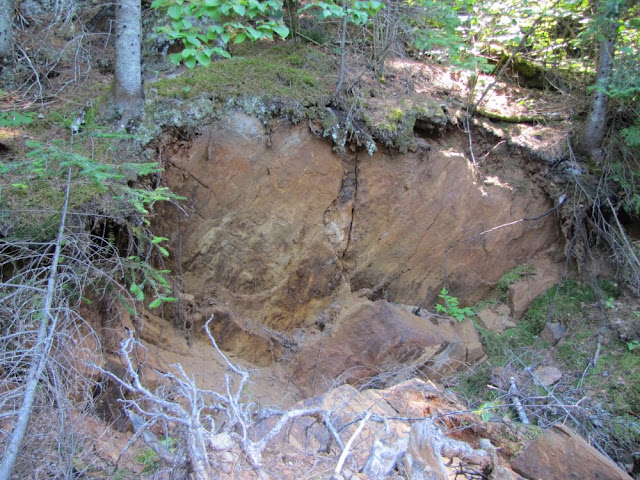 We were out for two nights. After we made camp for the second night, we took it easy. We explored a bit of the area, I took a swim in the warm lake water, we cooked over the fire, and just hung out. 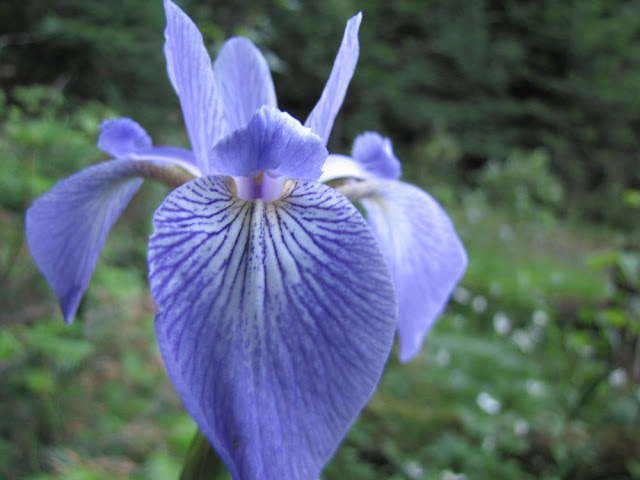 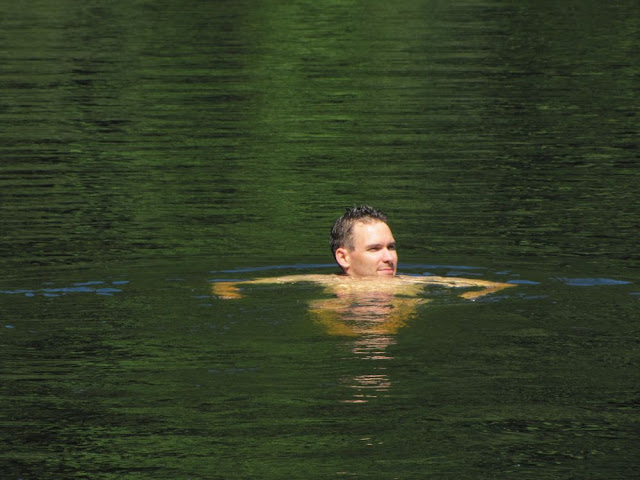 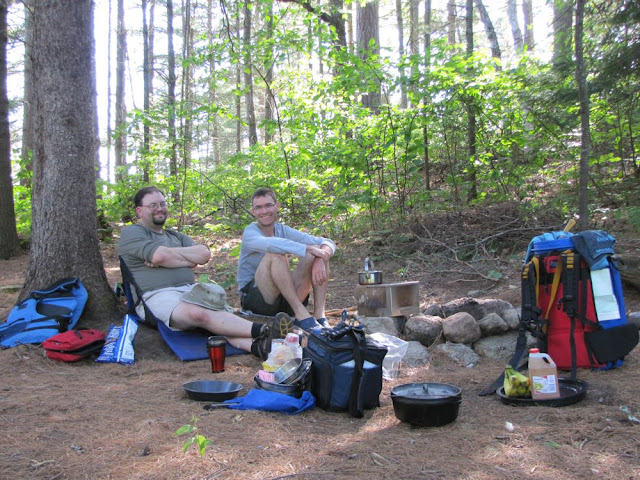 It's a pretty nice way to spend a bachelor weekend, really!