This year's Annual Yukon Stick Gambling Championships was hosted at Minto Landing by the Selkirk First Nation. With a super location, ample-sized tent, lots of parking and camping space and excellent food, they did an excellent job hosting the event.

(If you don't know what stick gambling (also known as "handgames") is, click this link.)

Of course, I entered the event. Our team consisted of friends Joseph and Michael from the Dehcho, Waylon, a very talented player from Whitehorse, and two ringers from Pelly Crossing. Our team did well, quickly beating everyone we played; everyone, that is, but a team of elders from Tulita who defeated us twice in the double-elimination-style tournament. Still, it was fun and we got some great games in over two days of play.

When we weren't playing, I met new people, chatted with older acquaintances, relaxed, read a book I've been trying to finish for three months, cooled off down at the river, danced at the drum dance, and watched some of the matches. There is nothing quite like a round of handgames when the drums are pounding, the crowd is cheering, and the play is fast. 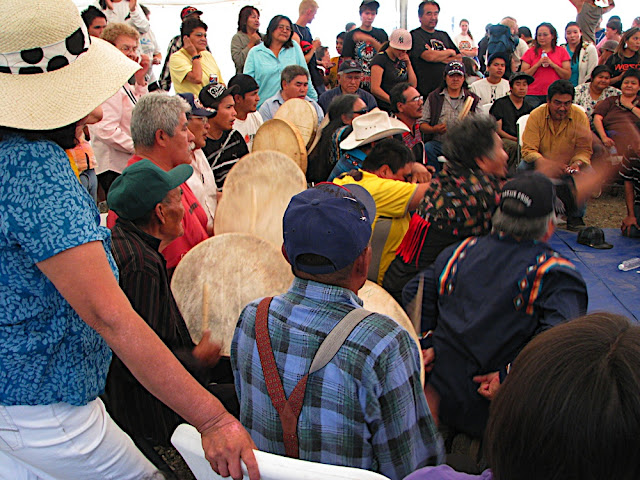 The drums are pounding, the crowd is cheering, and the play is fast. 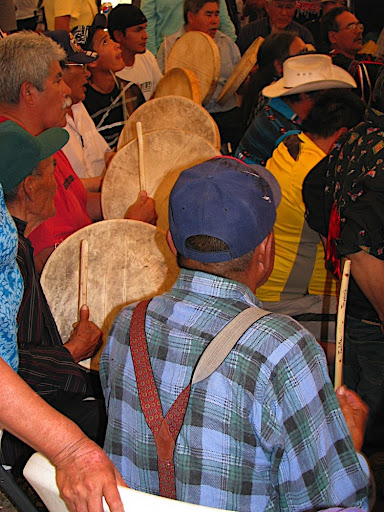 Drummers from Tulita (including some of the elders who knocked us out of the competition) keep a quick pace.
Not long after I arrived at the event, what started as a faint woodsmoke smell became a thick mass of smoke. Forest fires from around the Yukon and Alaska were casting their smoky blankets over the mountains. 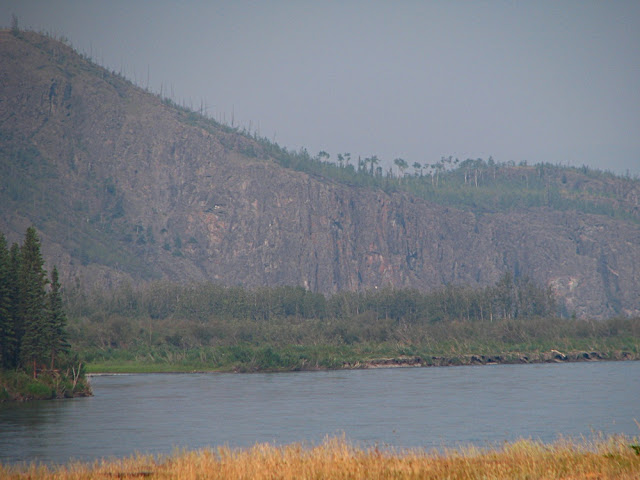 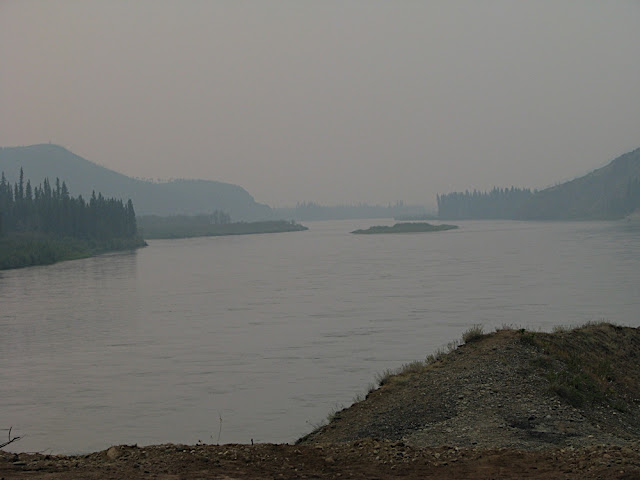 ...poor visibility due to forest fire smoke the next. 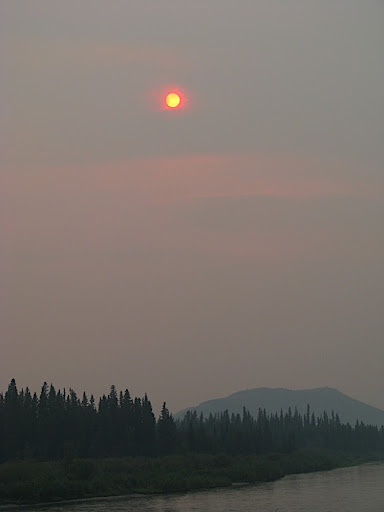 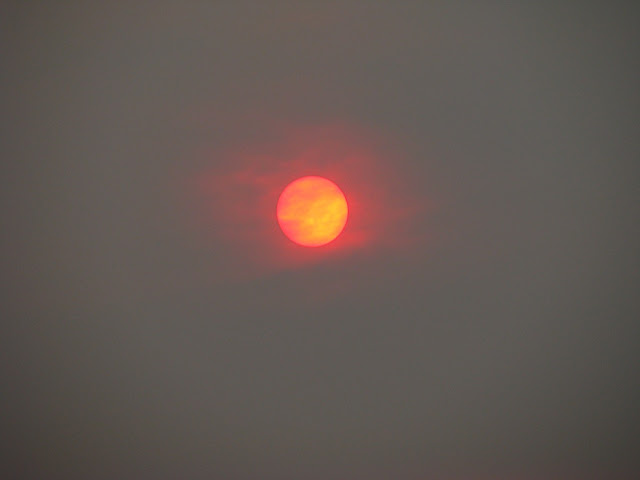 A ball of fire. 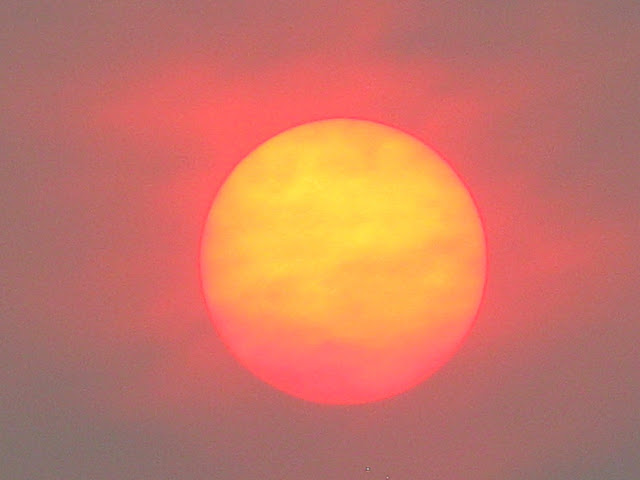 I've never been able to take a picture of the sun like this before. 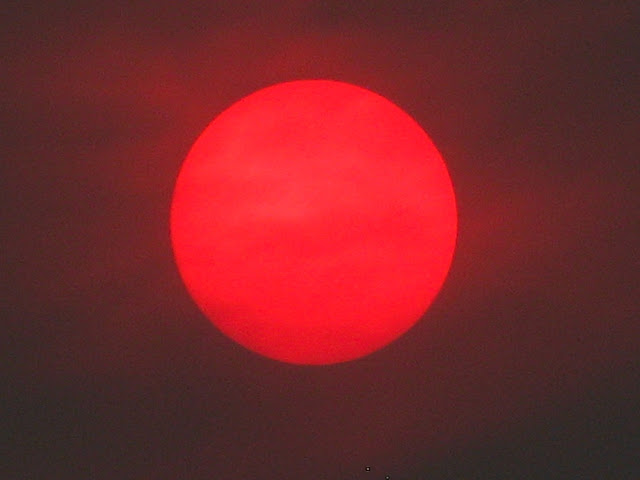 It's like something from a comic book or science fiction movie. "Born under the red sun of the planet Krypton, the yellow sun of Earth endowed him with powers beyond those of mortal men!" 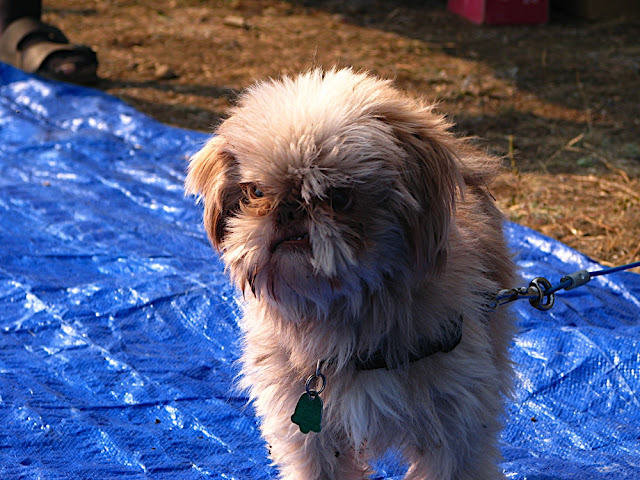 Speaking of science fiction, this little guy looks like he belongs in a Star Wars movie, leading a band of Ewoks.
There were a few concession stands at the even. I had to stop at one and buy a "banaana" from some enterprising youth. 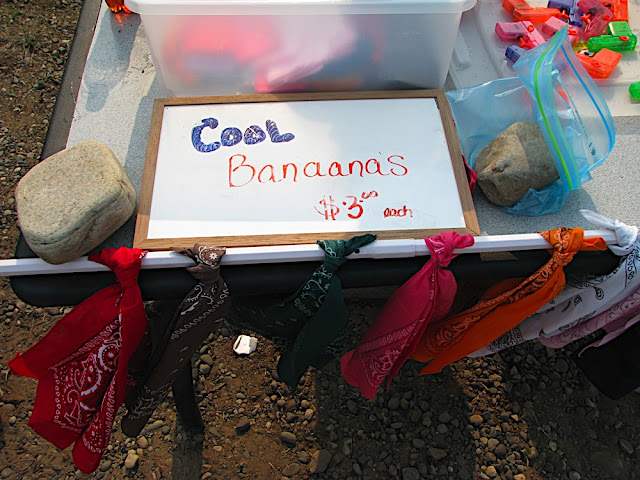 It stinks when someone alters your sign and you don't have a marker to fix it. 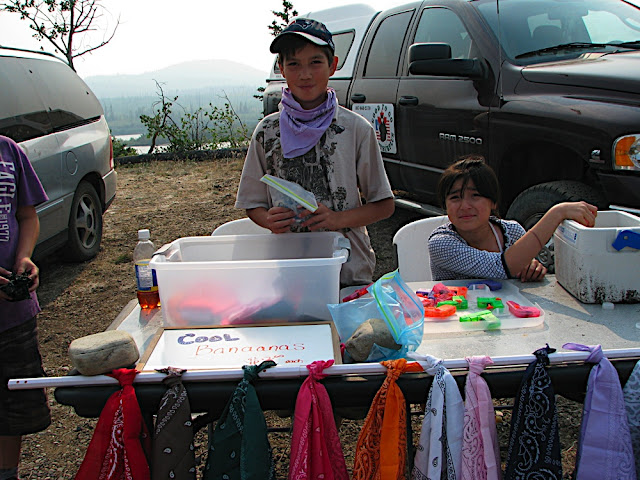 Some enterprising youth. If you buy three bandannas, you get a water gun for free!
The Yukon Stick Gambling Championships aren't just for adults. The youth teams were fun to watch and they have a lot of skill. Playing these guys in the coming years will prove to be a real challenge. If they're already this good, what will they be like after a decade of practice? 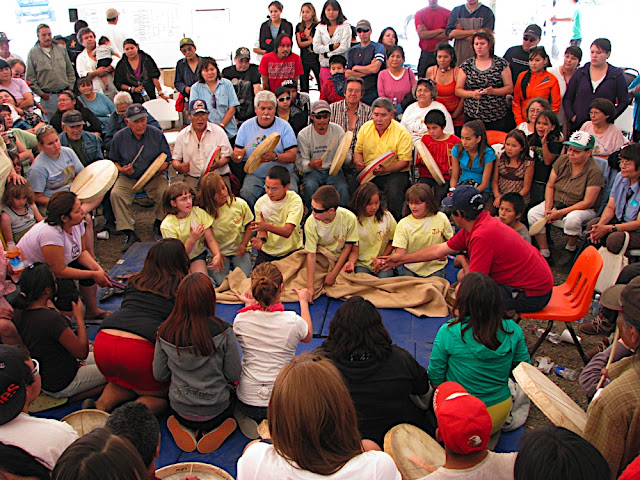 The final youth match, John 3:16 plays the Native Princesses. Watch the video below to see who wins.

I just watched the video and saw my neighbour's son playing!!

Ladues of the North said...

LOL I'm the neighbor....right on I missed that game sadly enough...I had to go to a wedding in Carmacks so glad I could see. My boys fought hard, they won every game until then!! They were the champs last year so they were the team to beat!!! Can't win em all but they had so much fun

Hi "the neighbour"! Thanks for commenting! I wouldn't have known about your blog, otherwise.

I remember seeing your boys kick butt last year. They're good! If you want an unedited copy of the video, ask Kara for my skype contact info and I can send you a copy.

I'm just looking at your photos, Michael:) And, that sun shot is amazing! You must have a new camera.

Rainbow Riches is an incredibly popular slot game across the board, so many slot players love this game so it's only right I review it for you! Rainbow Riches slot

A working formula in football betting means it will never change and can be applied to all matches as generic guidelines. Nothing will be able to turn the decision table around when this formula is applied. The secret behind the successful punters is simple team performance analysis method. super six

The Internet is one of the main reasons for the poker boom in Germany. It has become very easy for beginners, to learn how to play poker online. Unlike in a normal offline casino, one can play for very low amounts online. A beginner can hide his nervousness and bad poker face behind the computer screen. situs88.com

The world economy is doing poorly every passing day. This is what has forced people to use any means possible to achieve their financial goals. All in all, care has to be taken when going for any of the options. Visit Site