How many spoons can YOU use at one time? 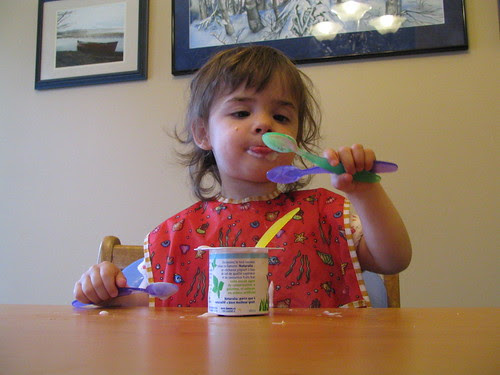 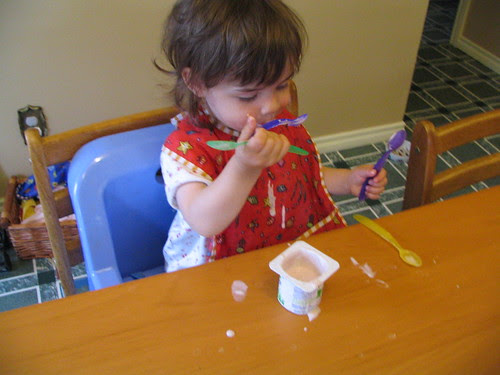 I offered her a choice between a red spoon and an orange one. She refused both and asked to be picked up so that she could pick a spoon herself.

When she picked up that whole fistful, I tried to get her to choose just one, but she insisted on having all four.

I finally relented, since what harm can it do? And it sure made for some hilarious photos!

Hey, she could be refusing to use cutlery altogether!