The original plan was to spend the long weekend canoeing to the West Arm of Bennett Lake, but in light of the inconsistent weather we've been having and the high water levels, Fawn and I concocted another plan. The new plan consisted of going to Carcross and Atlin for the weekend. When we woke up on Saturday morning, though, it just didn't happen. Instead, we puttered around the house for a bit and did some chores. Later that night, I drove Norris, Charmaine, and Norris' grandparents up to the top of Mount MacIntyre. Our timing was perfect - the sunset was spectacular. I checked out the cranberries - they need at least another week.

On Sunday, we went out to find a geocache on Haeckel Hill and for a paddle and picnic at Jackson Lake. 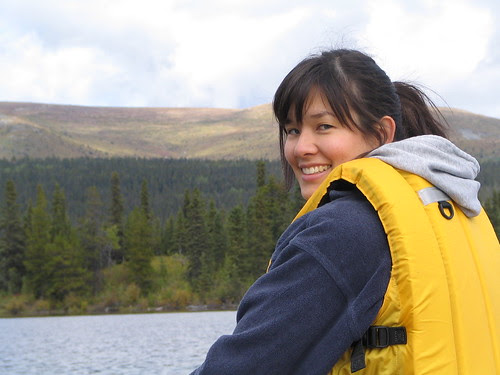 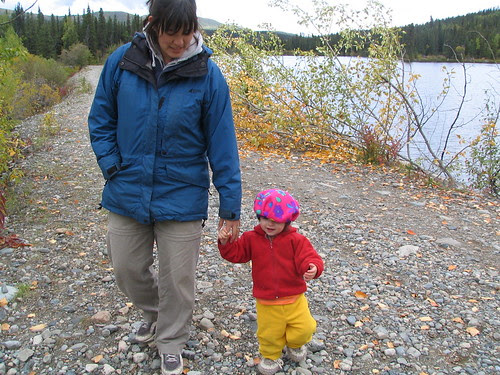 Fawn and Jade, walking along the lake. As you can see, Jade is wearing an ugly hat.

We loaded the canoe back onto the car just in the nick of time - it started pouring.

On Monday, the weather was great and we planned a full day of geocaching and berry picking. We started out with our neighbour, Michael, with a cache near Golden Horn Elementary and then another and Lewes Lake. 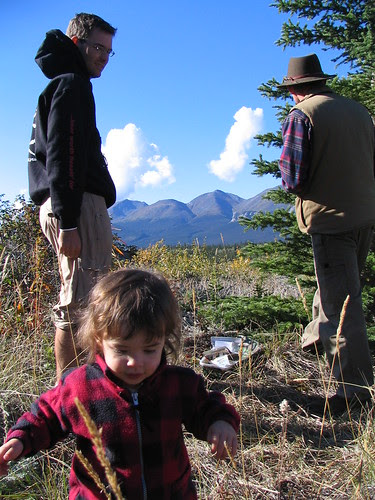 Geocaching at Lewes Lake
After Lewes Lake, we went on to a cache at Emerald Lake and then we went to hide a geocache at the Watson River Gorge. I'd never been to the Gorge before, and had looked for it last year when I canoed part of the Watson. 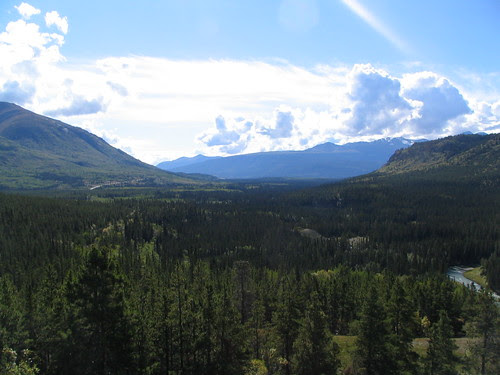 The view towards Carcross. 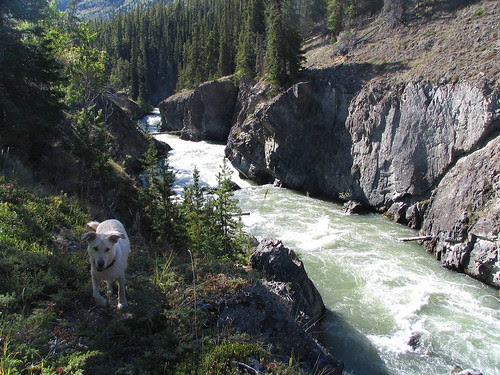 Nanuq, walking along the gorge. 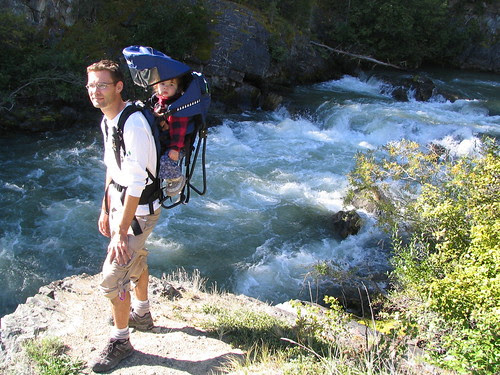 Standing above the falls. 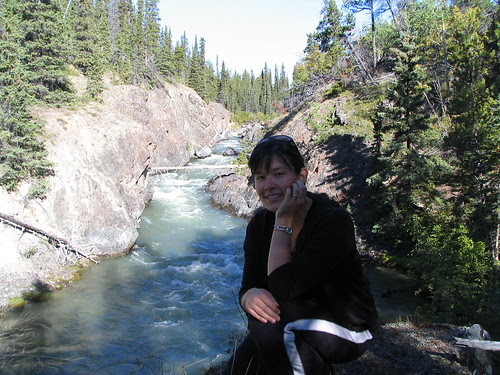 Looking up the canyon. 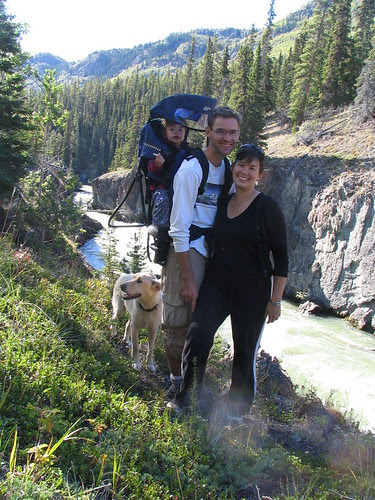 The family.
After we hid the cache, Michael went home and the rest of us drove towards Skagway to pick berries near Fraser. We were supposed to meet a friend of our there, but didn't see her vehicle. Instead, we picked a spot and went to pick blueberries. The blueberries weren't the greatest, but we got a few. Jade stuffed herself with berries which she picked out of my container and off the bushes.

There were lots of other people picking berries and all complained about how few there were. We must have chosen a good spot because some of the branches were hanging with the weight of the berries. After we picked two large yogurt containers full (less all the berries that Jade ate), we picked a container full of crow berries and headed home, stopping only in Carcross for some ice cream.

That night, we met up with friends from Edmonton who were passing through town. We ent out to Tokyo Sushi and ordered a couple of Love Boats. Delicious. It was nice to see them again.

All-in-all, I would have liked our other two plans, but it was still a nice long weekend.

I think this post should have been called "treasure hunting" since we spent the weekend looking for geocaches and berries. :)

Fawn pointed me to your blog, and I just wanted to say I loved the photos - gorgeous scenery! One of these days, I'd love to try geocaching.

Great photos again......love the one of the family. How about a copy?

Welcome, danigirl! Geocaching is a blast - and a great activity to do with kids. Ask around, you probably have a friend or two who owns a GPS.

Mom, go ahead and make a copy.