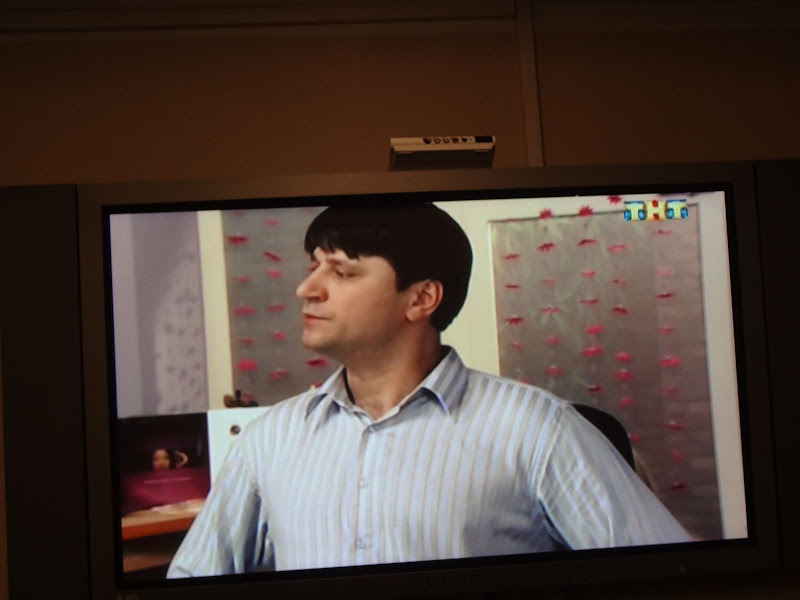 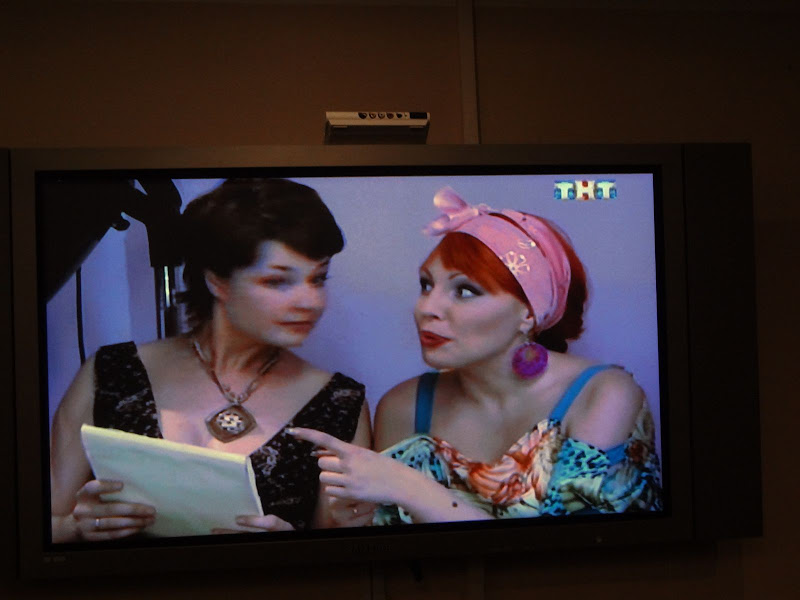 You must recognize it by now! 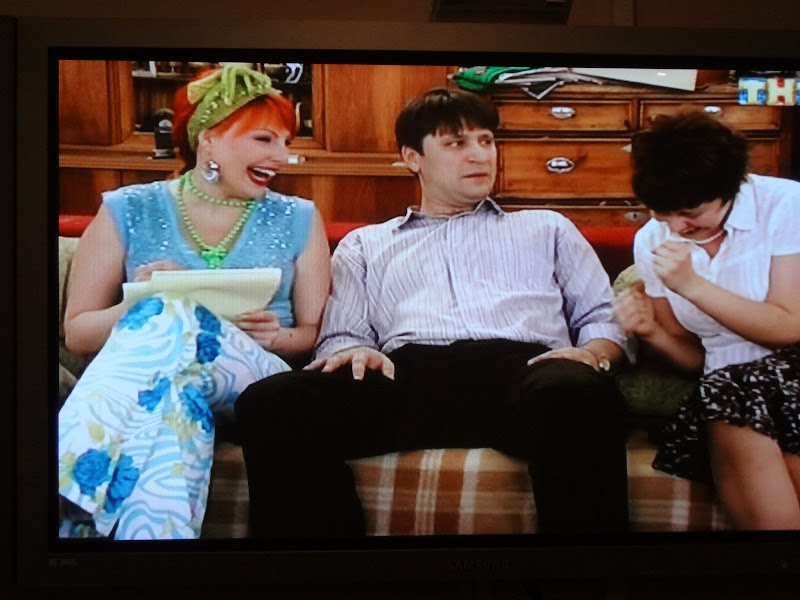 The resemblance is uncanny.  The characters are nearly identical, with the same great comic timing. And even though they're speaking in Russian, their voices sound the same.  Want to see them in action?

In Russian, the translation of the show's title is "Happy Together".  Do you know what it is in English?

Email ThisBlogThis!Share to TwitterShare to FacebookShare to Pinterest
Topics: Russia

I have been following your trip to Russia - what a fascinating place! Steeped in history, ;raw yet very refined The glimpses of architecture, art and sculptures in your photos are very beautiful. I would love to look at the landscape painters works in the local galleries there! I love the interior of the mexican restaurant. And I think the colours in the second photo of the dam model make a lovely painting.

Jackie, it really was fascinating. I'm still trying to process it all, really. There's such a rich, complex history there.

The kitchen is eerily familiar...