We got to go on a tour of the 7th largest (formerly 5th largest) hydro-electric dam in the world! The dam is featured on the 10 Rouble note. This post isn't about the dam, though. It's about the drive there.

We crossed from the north side of the Yenisei River (the largest river system that drains into the Arctic Ocean) to the south side of the river over the Soviet People's Bridge.  I believe that, locally, they're referred to as the West and East Side. 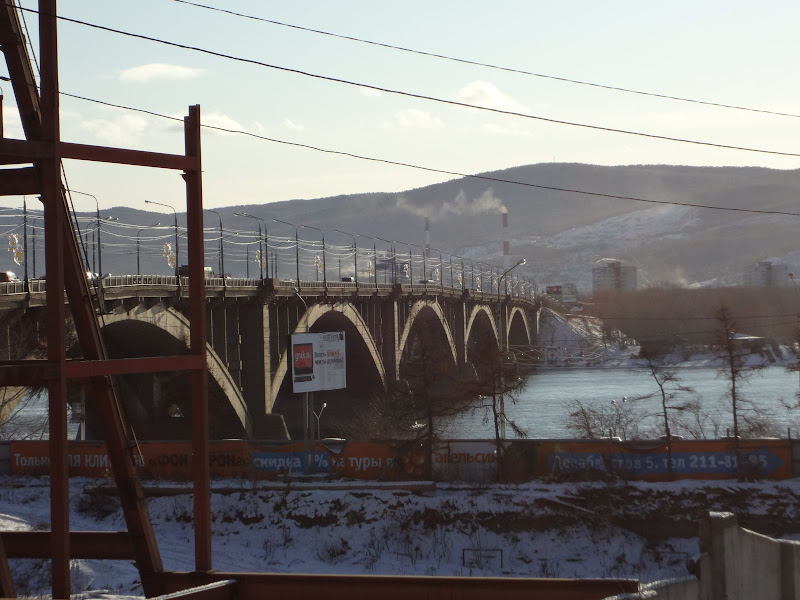 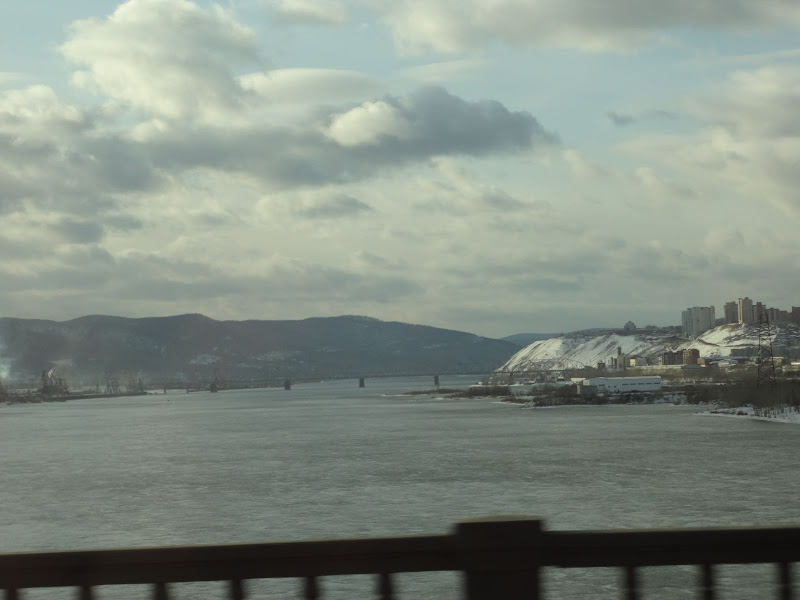 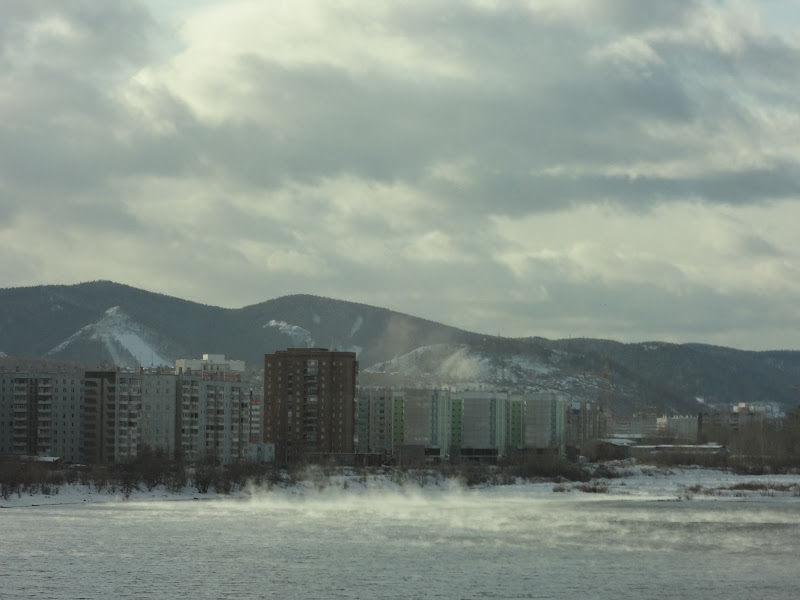 The city was once divided into two parts.  During times of conflict, the interior of Russia was seen as a safer place to move manufacturing.  The south (east) side of the river was once a manufacturing centre.  It is now becoming more of a residential area. 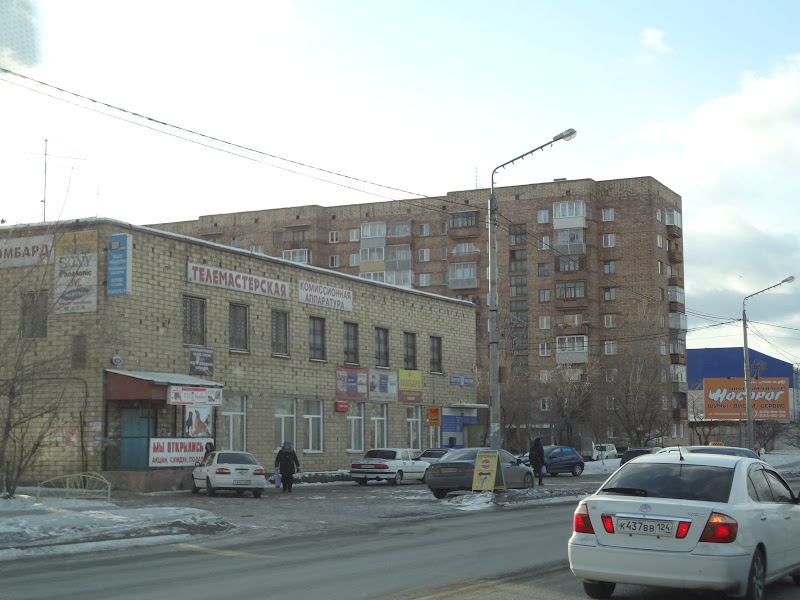 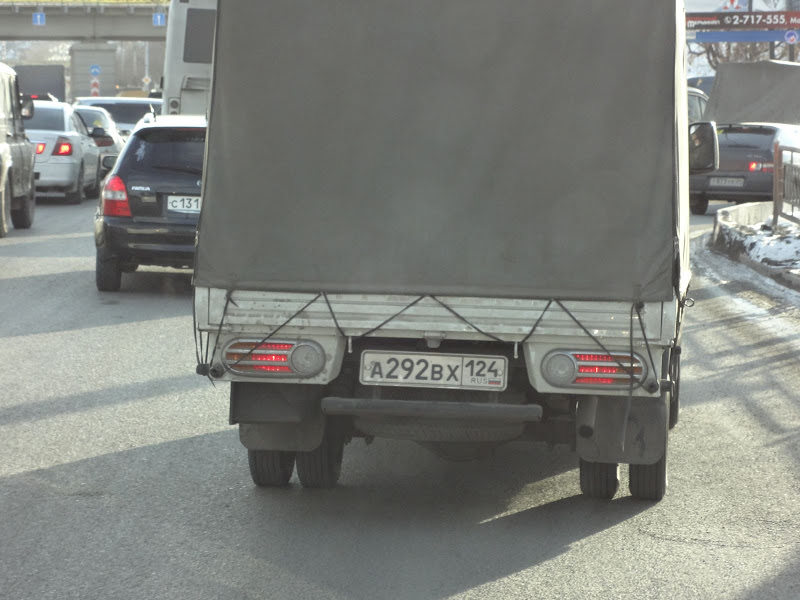 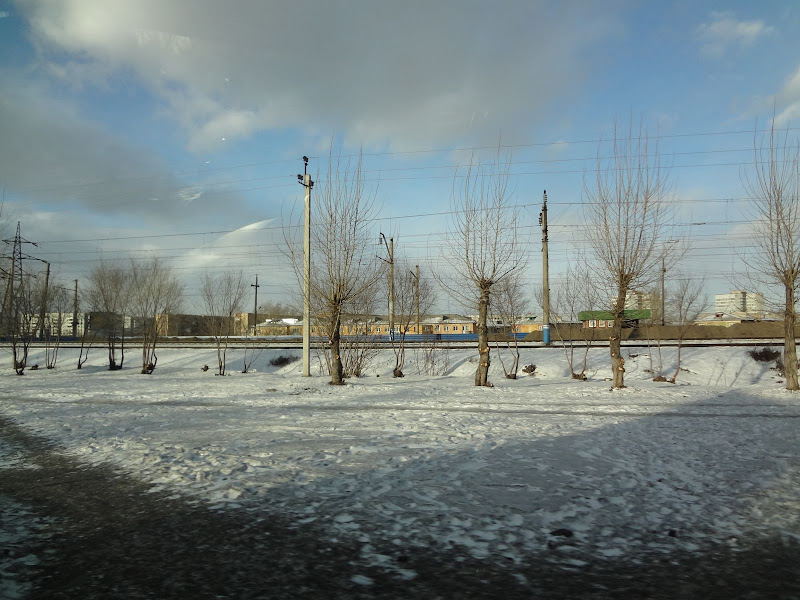 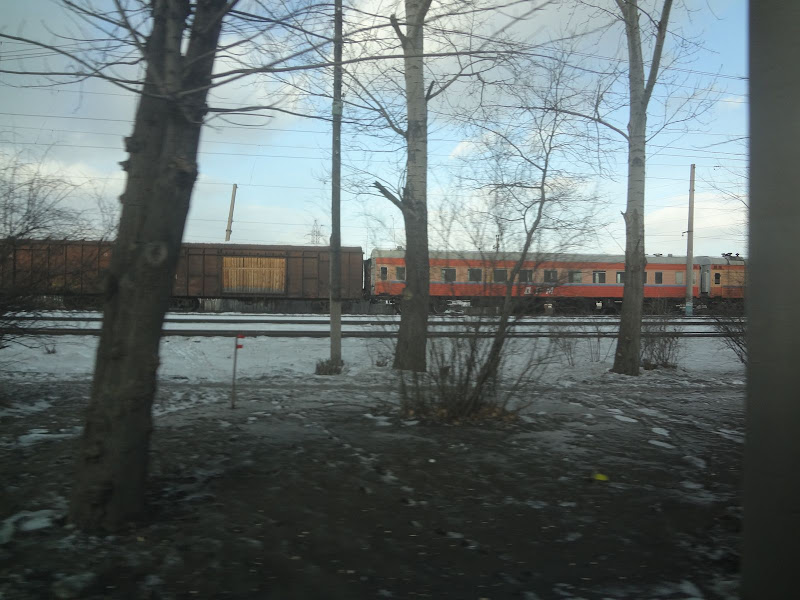 There were lots of the great old wooden houses.  I don't know if they're cold and uncomfortable or warm and cozy, but there certainly are a lot of them! 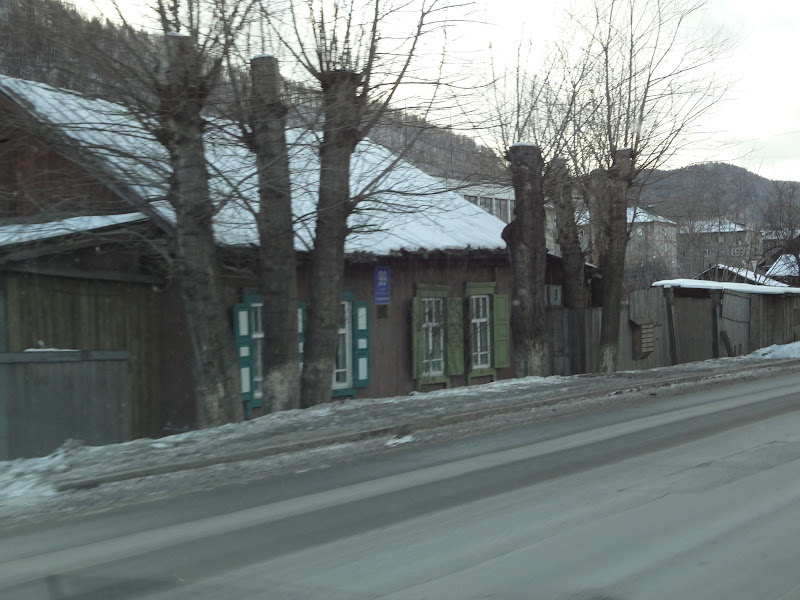 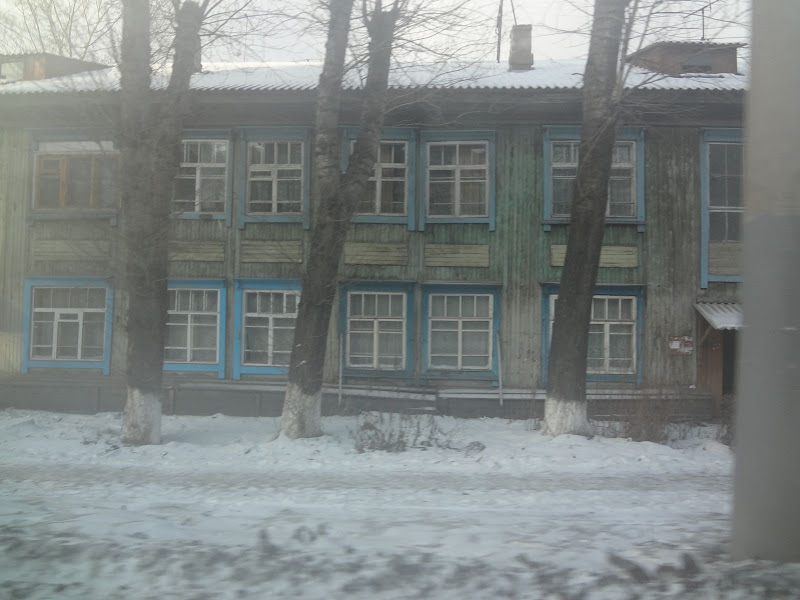 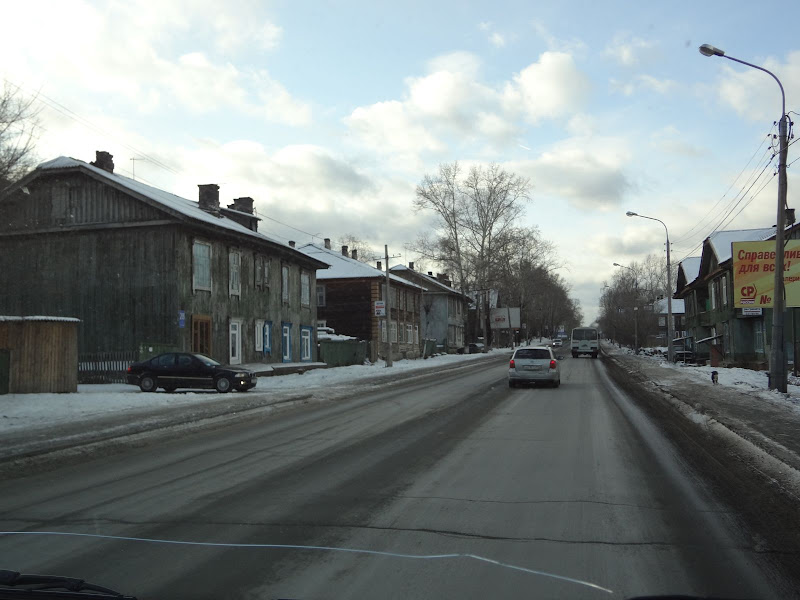 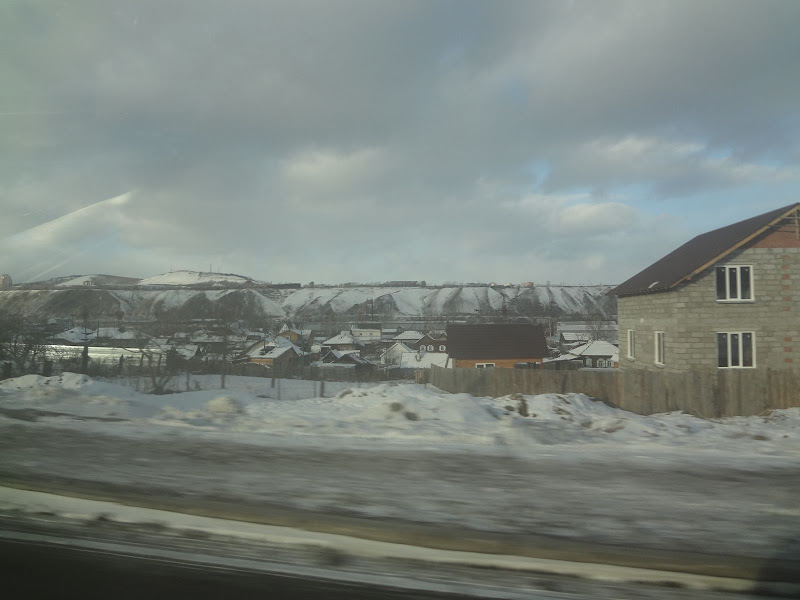 They have a permanent carnival!  It's closed for the season, but still! 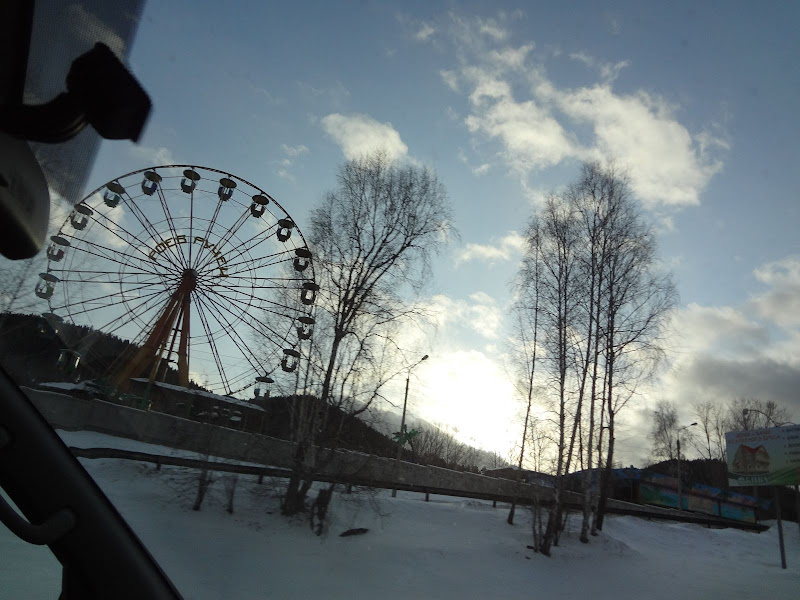 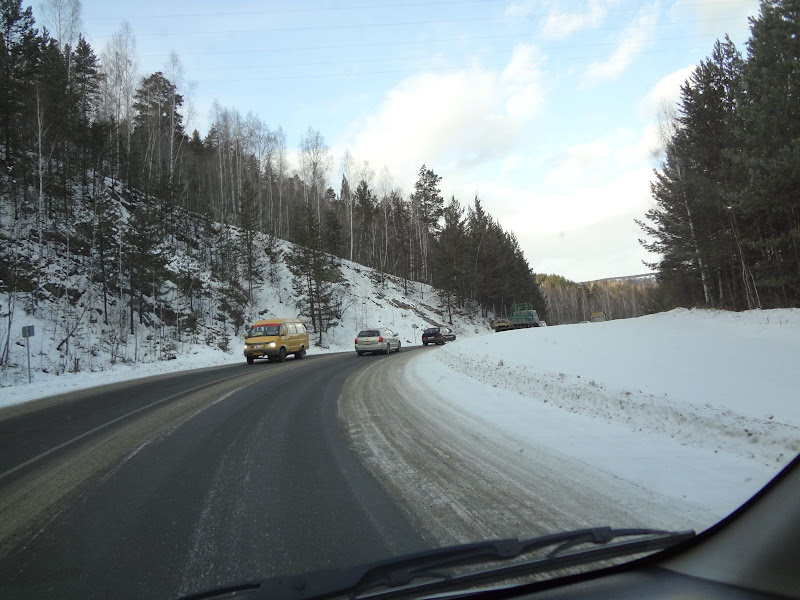 We stopped at a lookout over the Yenisei River.  There was a wooden shack where you could buy boxes and other gifts made out of birch bark. 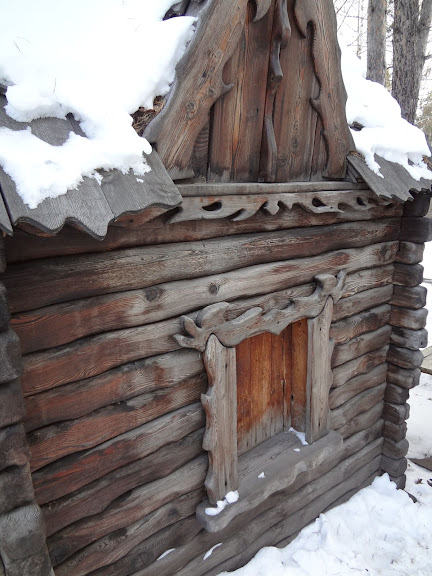 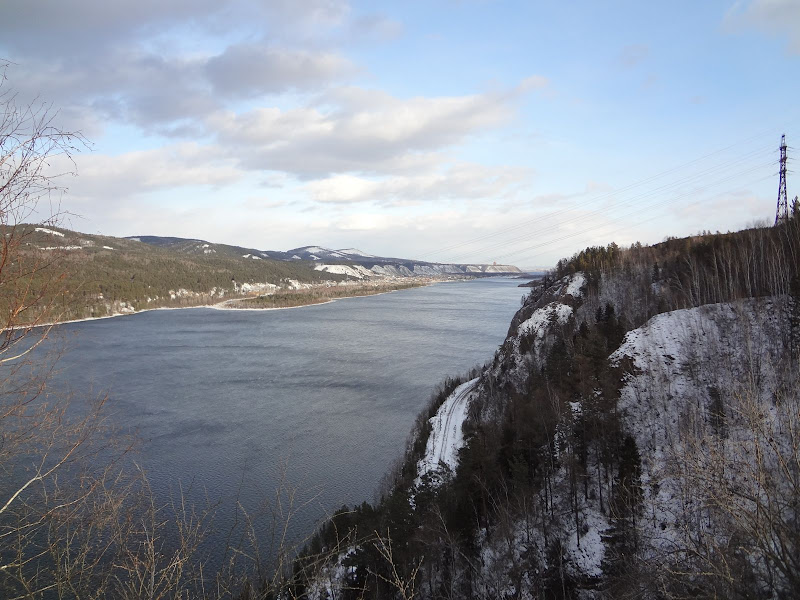 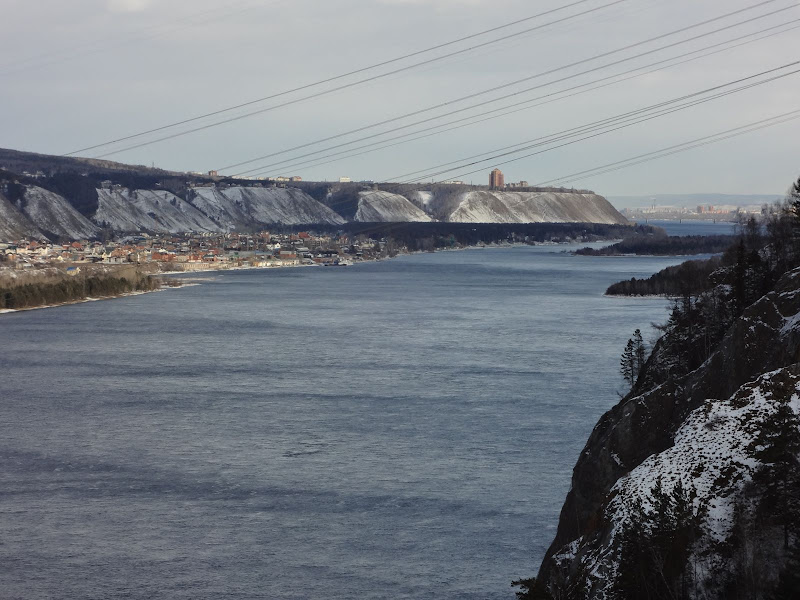 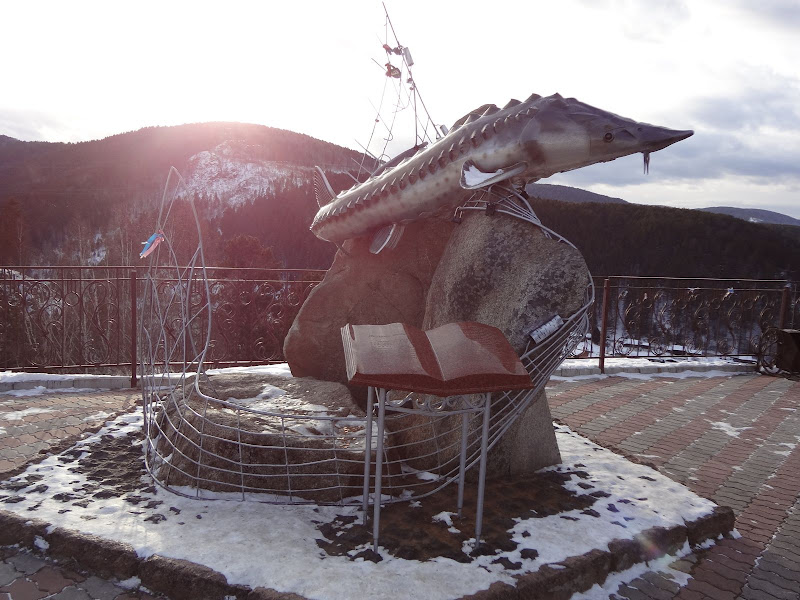 People had tied ribbons all around around the lookout.  If you look closely at the picture above, you'll see ribbons tied there, too.  According to our guide, this is done by the indigenous peoples at numerous significant sites as an offering of thanks.  I thought this was super-cool, because I know this was once practiced by indigenous peoples in Canada.  It is well-documented and stories are told of how the Dene tied ribbons and left offerings at significant sites like Louise Falls and Alexandra Falls on the Hay River in the NWT.  Some people still do this.

It was especially interesting to me because I had just watched a fascinating presentation by Colleen Henry of the Arctic Athabaskan Council about the language link between the Na-Dene languages of North America and the Kets language, which was once though to have no language relatives (at least in Asia).  They have demonstrated the connection with 120 similar words and a similar (and complex) language structure.  It is though that the languages became isolated from each other approximately 2,500 years ago.  You can read more about it here. 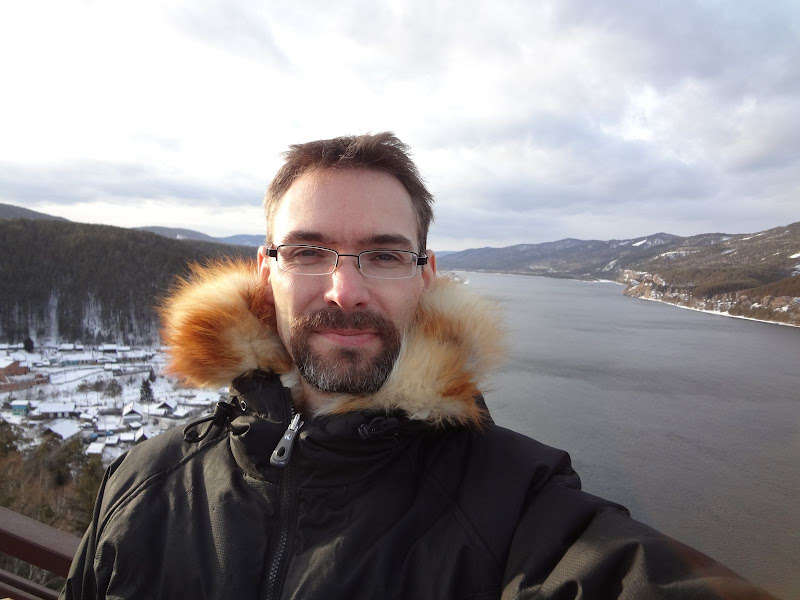 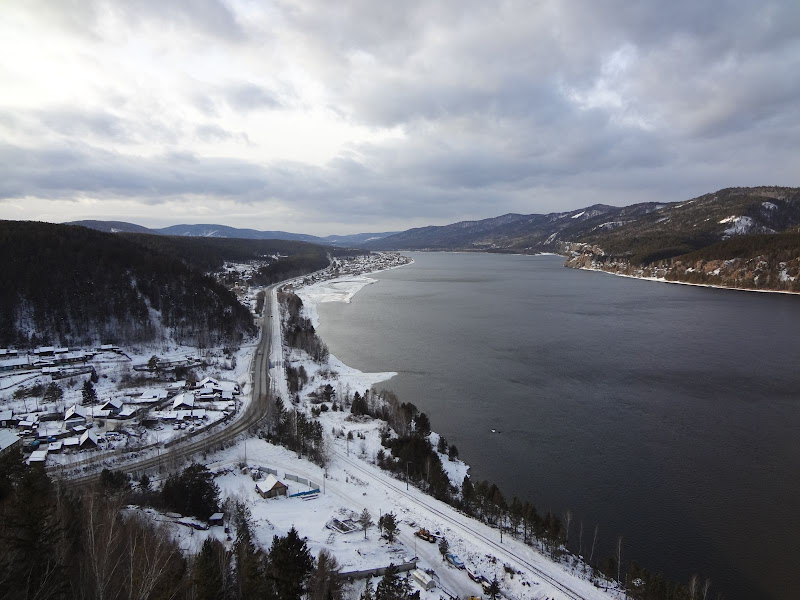 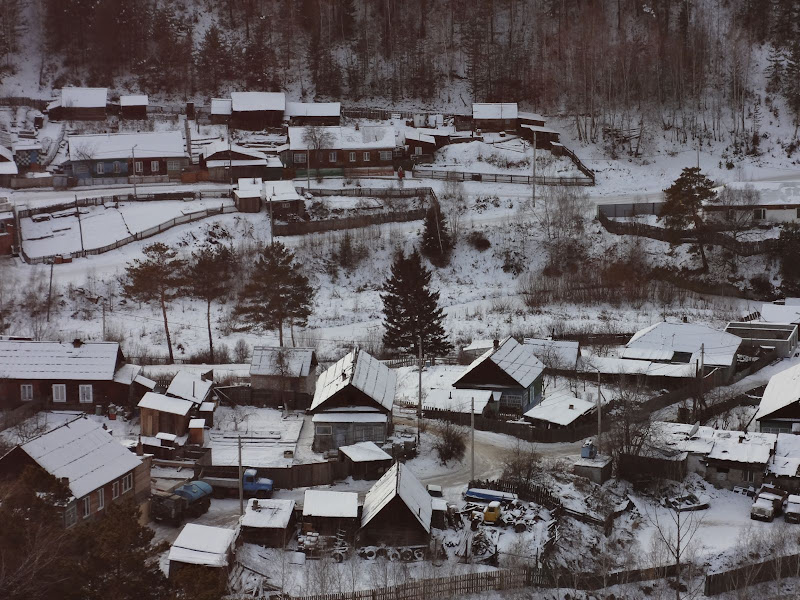 We continued to make our way upstream, past little villages and summer home communities, past planned villages comprised of apartment buildings, and by decaying industrial buildings. 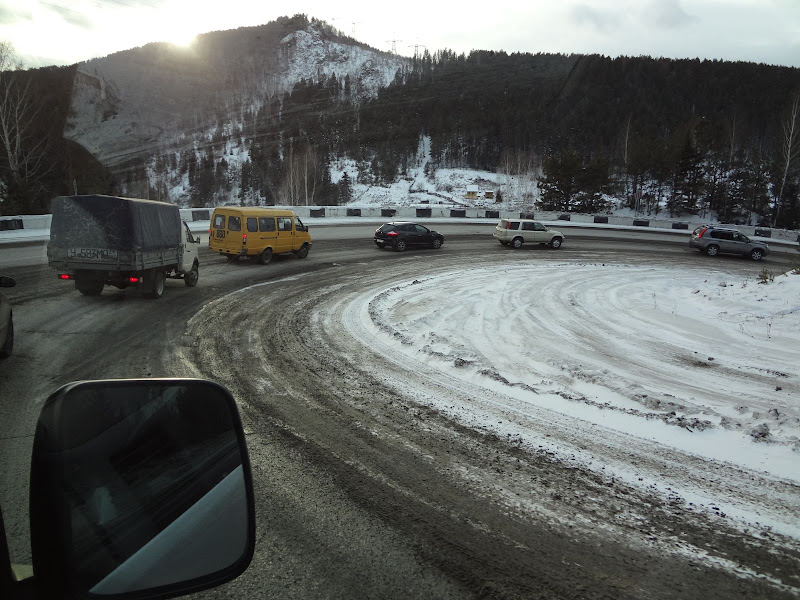 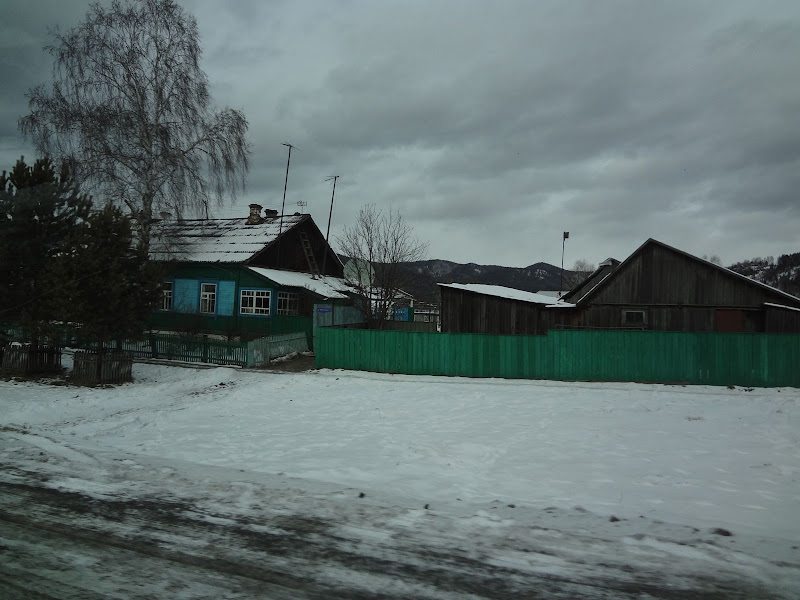 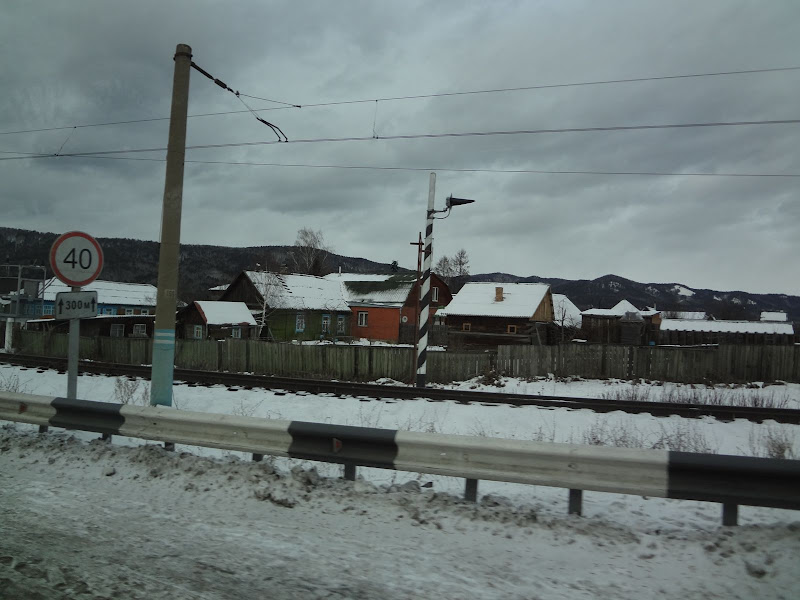 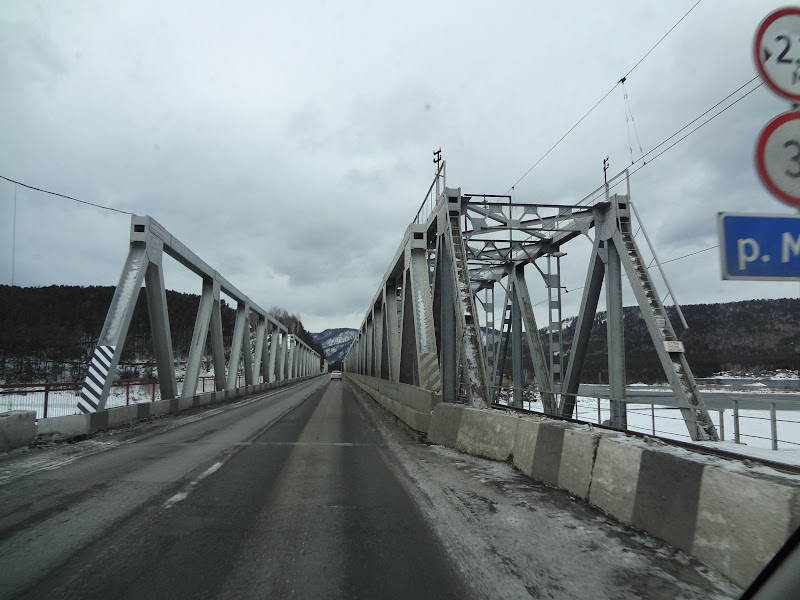 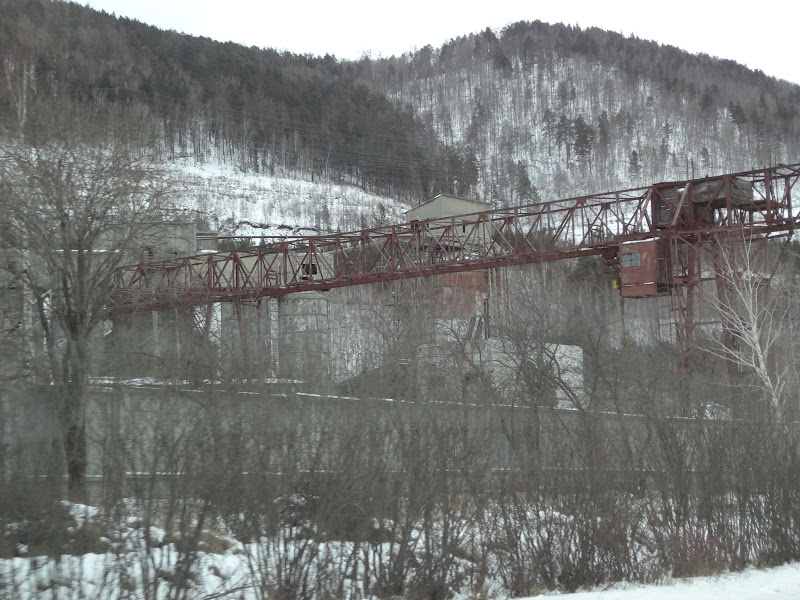 And then we saw the dam.  Pictures for that will follow in the next entry.