Once the fifth largest hydro-electric dam in the world (now the 7th), the Krasnoyarsk dam was an impressive feat of engineering.  It supplies 6,000 MW of power.  In comparison, the Yukon has a teeeeeeny tiny generation capacity of about 139 MW. 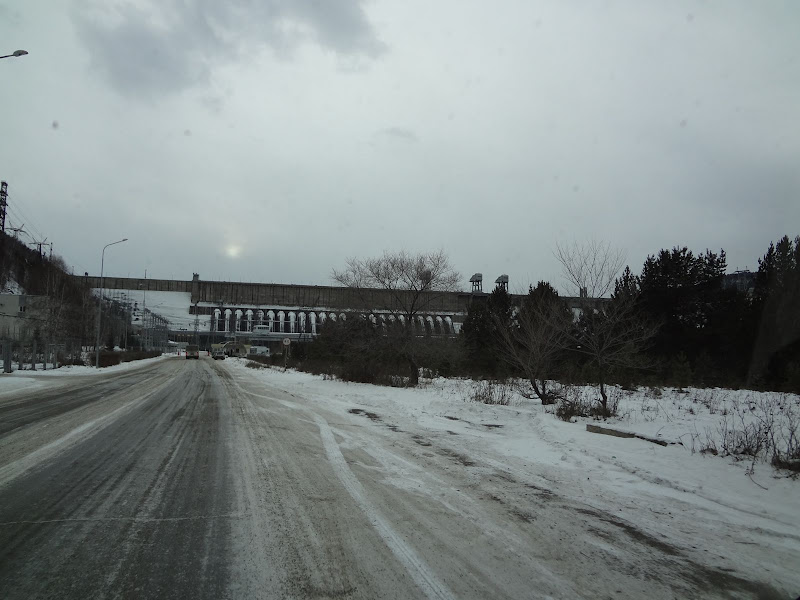 Construction of the Krasnoyarsk dam started in 1956 and ended in 1972.  I'm not sure when this mosaic tile tribute to Lenin was built, but it's the first thing you see when entering the facility (other than the security gate and the dam itself which, I guess, doesn't make it the first thing, but one of the first things). 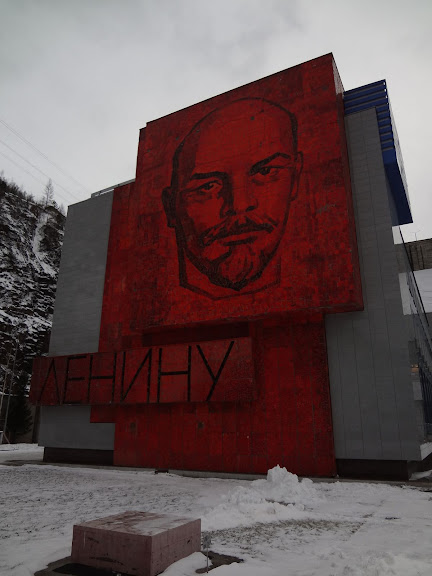 When the spillway is wide open, I'm told that water shoots hundreds of feet into the air. 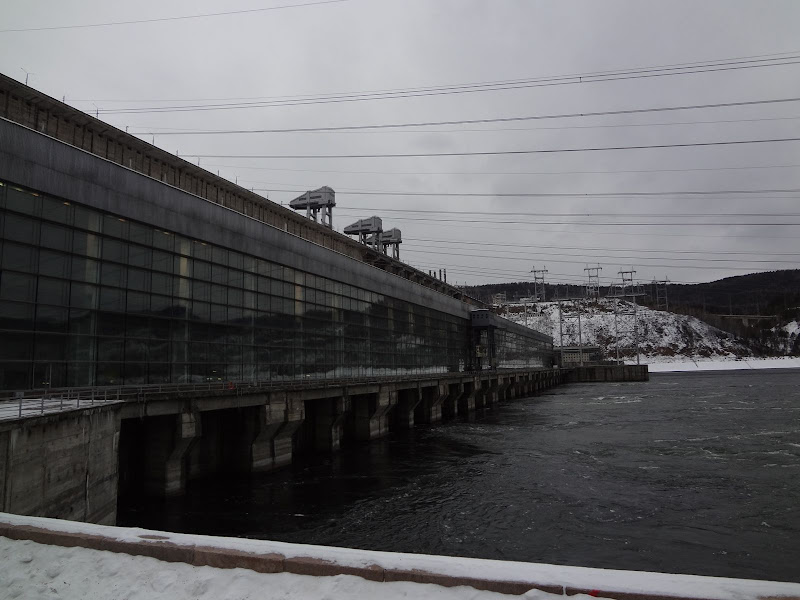 For an industrial facility, there are some exceptional pieces of art.  This piece lines the wall of the hallway entrance. 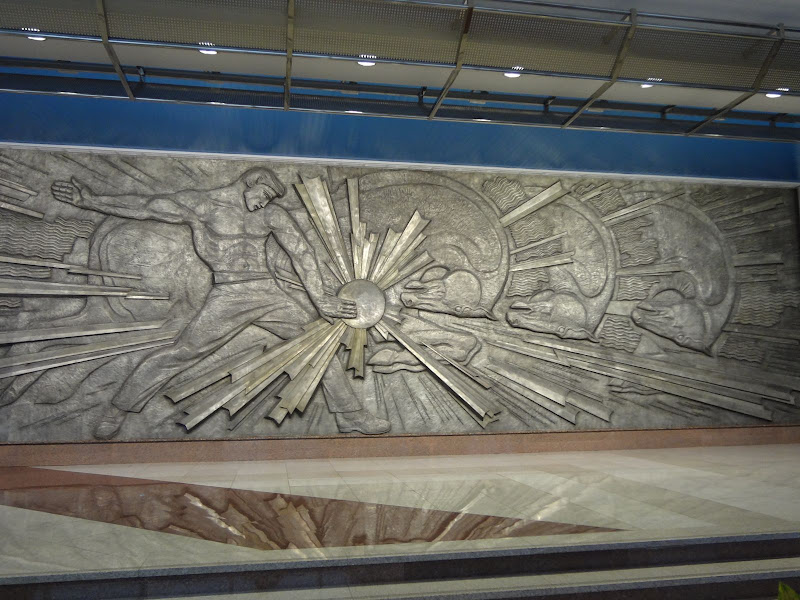 This model of the area below the dam is tucked in the main turbine room. 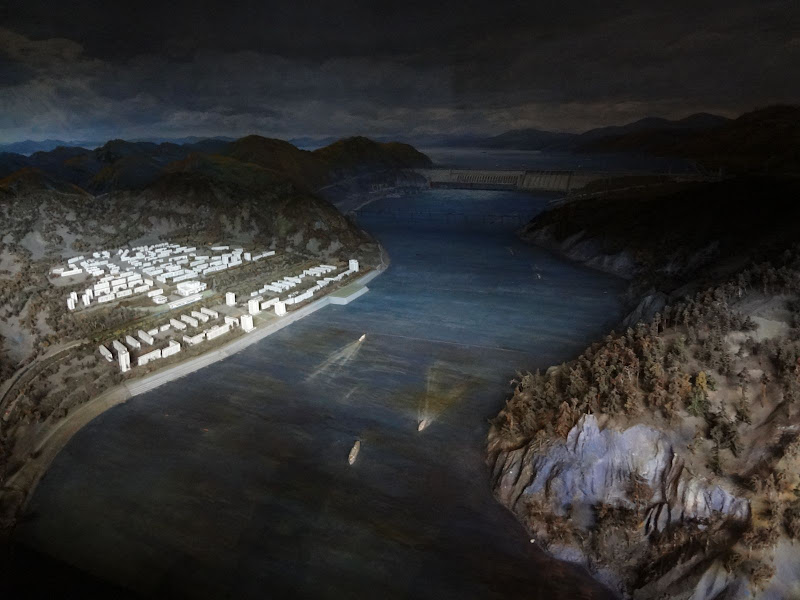 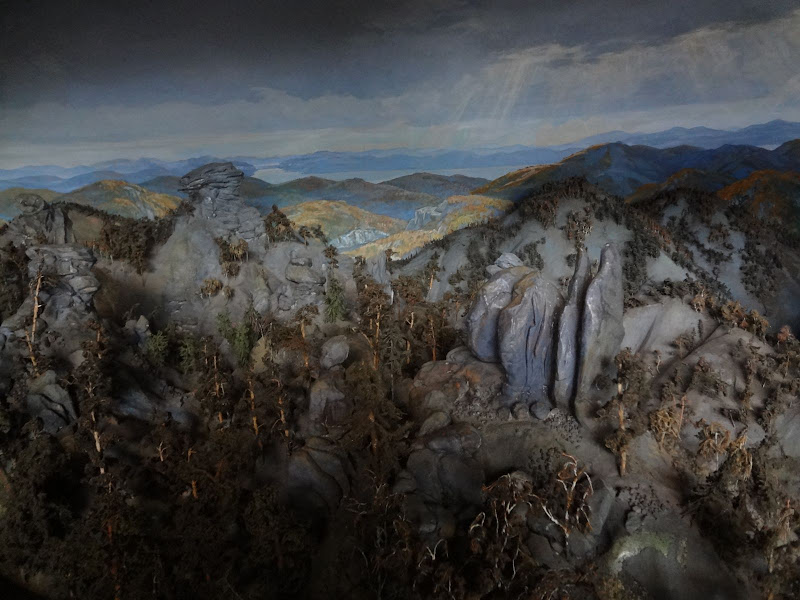 The turbines are replaced from time-to-time.  Everything that goes into the dam is made in Russia.  This giant pit houses just one of the (I think eight) turbines.  It was such a strange feeling in the turbine house; I could feel some very low sound waves.  Not everyone on the tour was able to feel them, but several of us could. 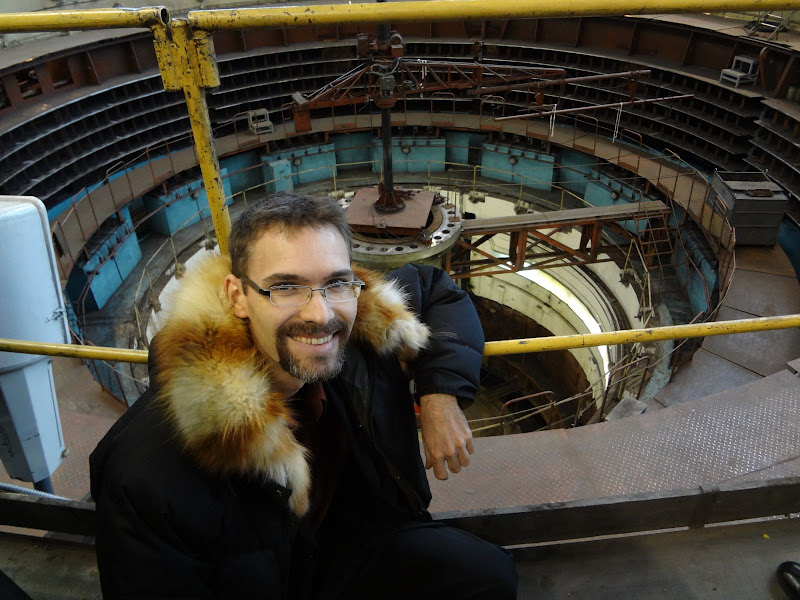 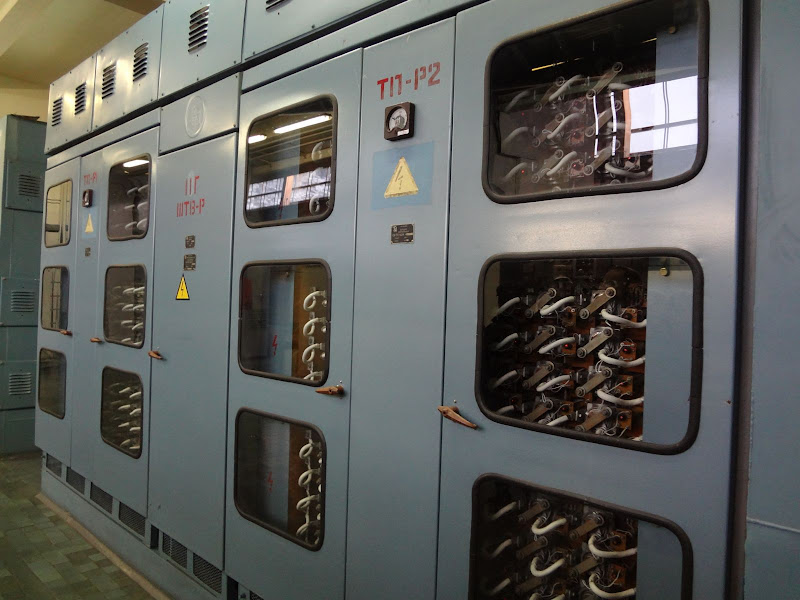 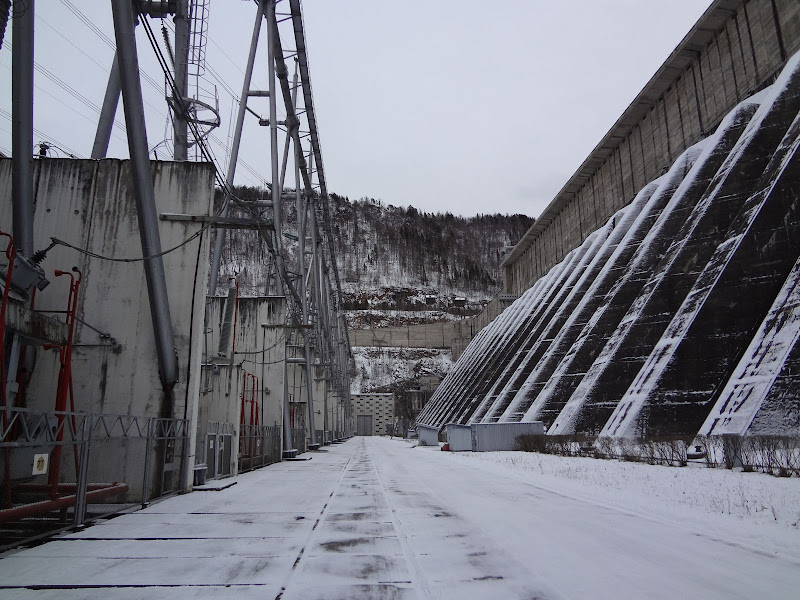 We got to go into the dam, under the penstocks.  It was hard to believe that we were just feet away from the bottom of a giant lake.  I asked if the dam is rated for earthquakes.  I was told that the dam was engineered to last 300 years and, based on the rating for which it's earthquake-rated, let's just say that it's where I'd like to be in the event of a major seismic event. 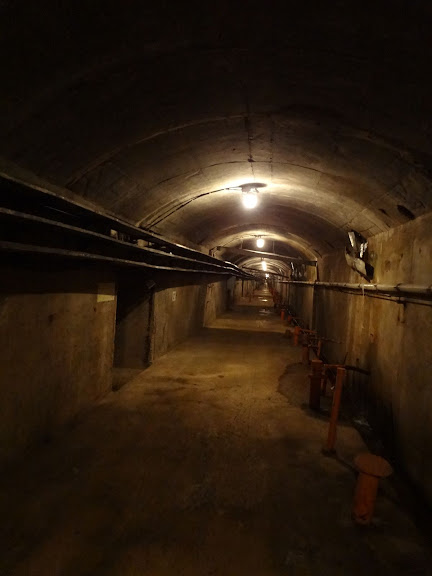 And this is the phone I would use to call for help, I think. 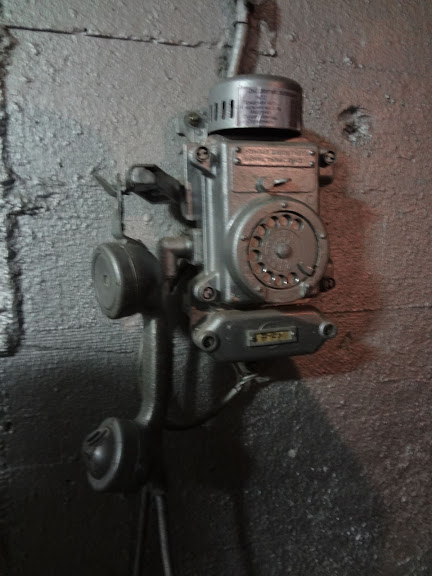 This funky piece of art is actually a map of how the system is/was supposed to look when it's compete. 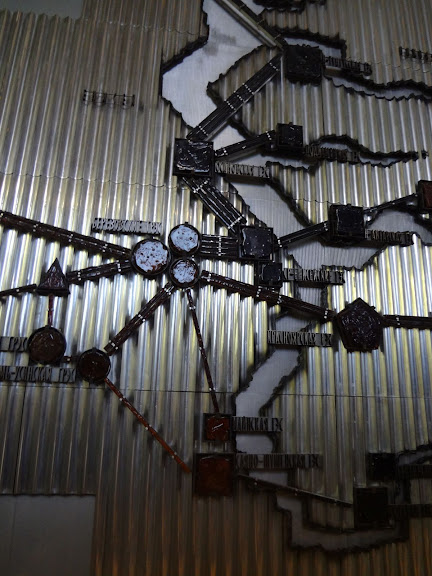 I was glad we got to go up onto the dam.  It gave me a much better feel for just how massive it is.

Unfortunately, we ran out of time and didn't get to see the inclined rail that's used to lift boats from the river to the lake (and back).  We ran out of time because we had to get back to the airport. 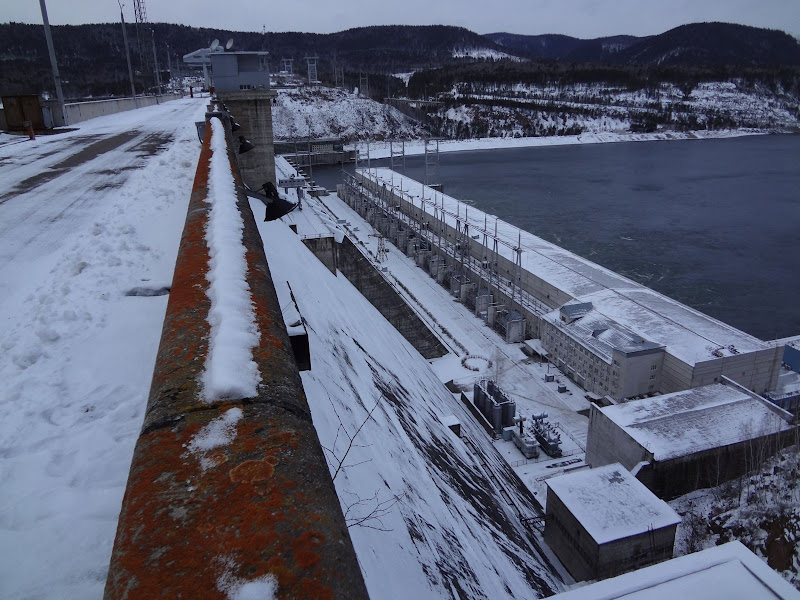 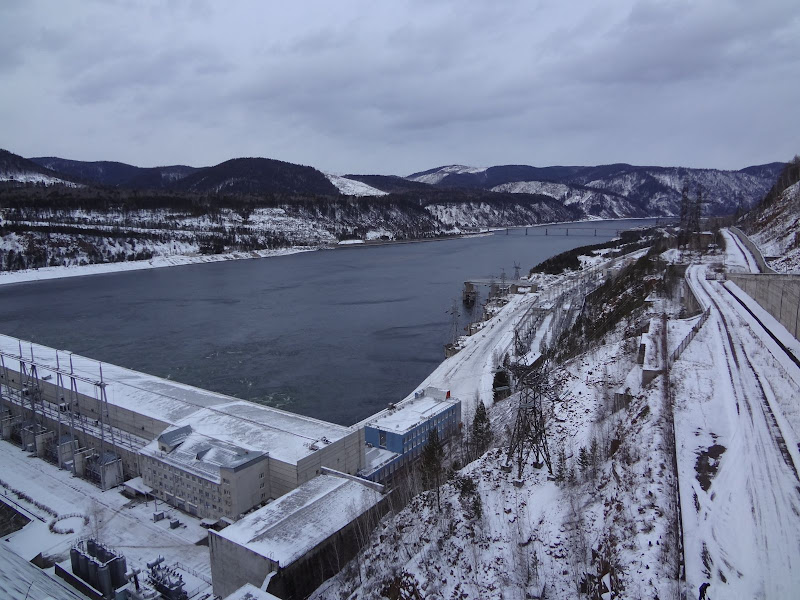 We took one more quick trip back through town and before you could say "do svidaniya" we were on a flight for Moscow. 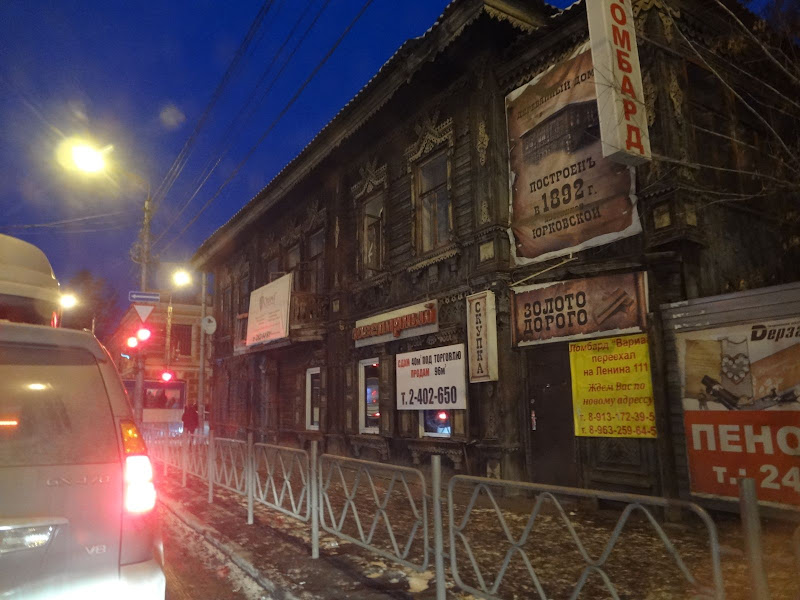