What do you think of when you hear the name "Siberia"?

I wasn't sure what to expect, but I certainly didn't expect Krasnoyarsk.  With just under a million people, Krasnoyarsk is the second or third largest city in Siberia.  To me, those numbers are astonishing because I live the Whitehorse, capital city of the Yukon, and our population is somewhere around 35,000 people.  Nowhere near 1,000,000. 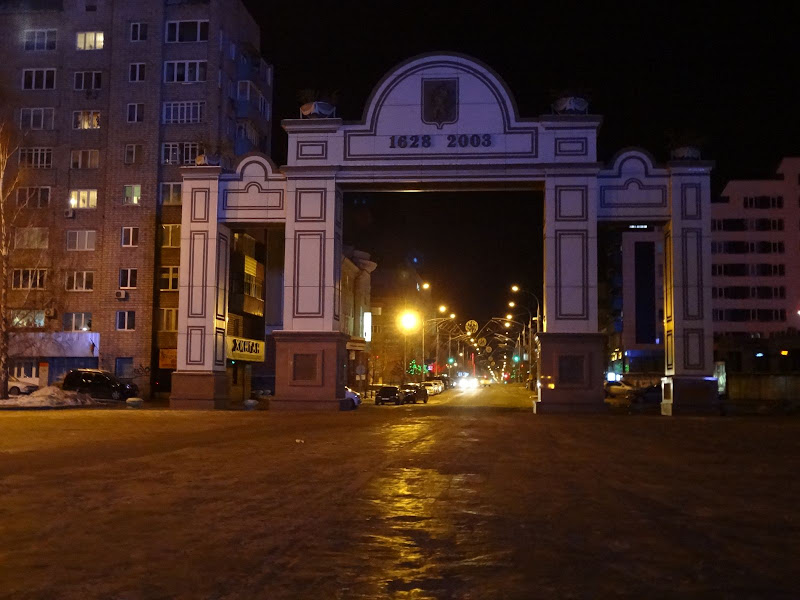 Krasnoyarsk was built along the banks of the ginormous Yenisei River.  My first night there, I took a little walk onto a huge pedestrian bridge that crosses the river.  I wanted to get a better feel for the size of the city.  It's a big city. 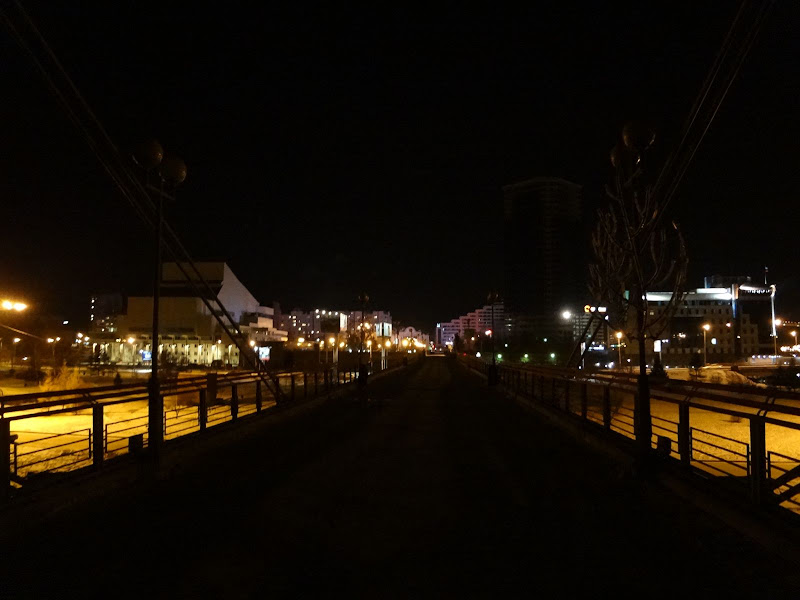 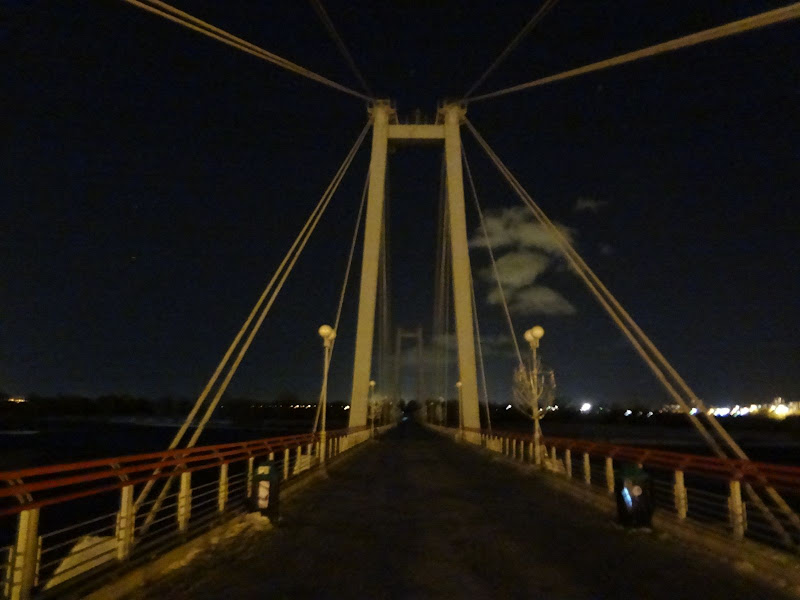 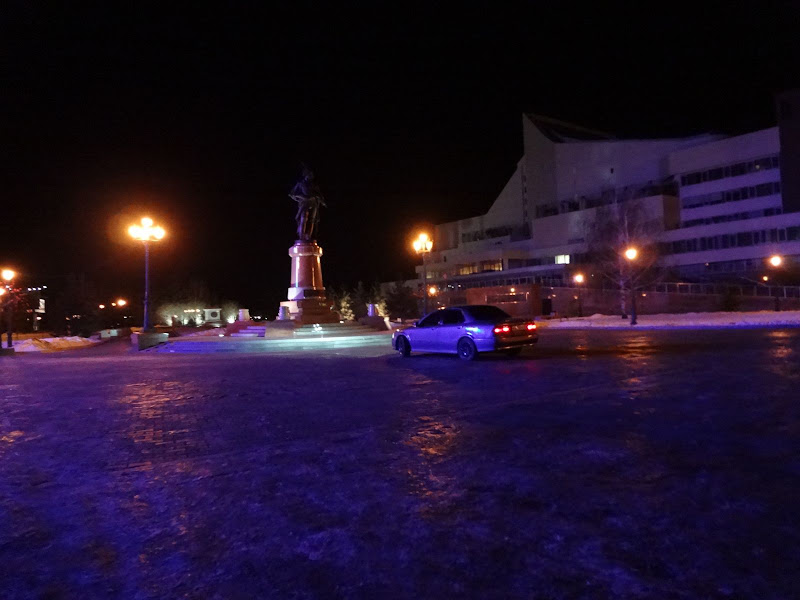 I saw Santa while I was there, but he wasn't riding with his reindeer.  Instead, he cruised around in the passenger seat of an open-top convertible with a Christmas tree in the back. 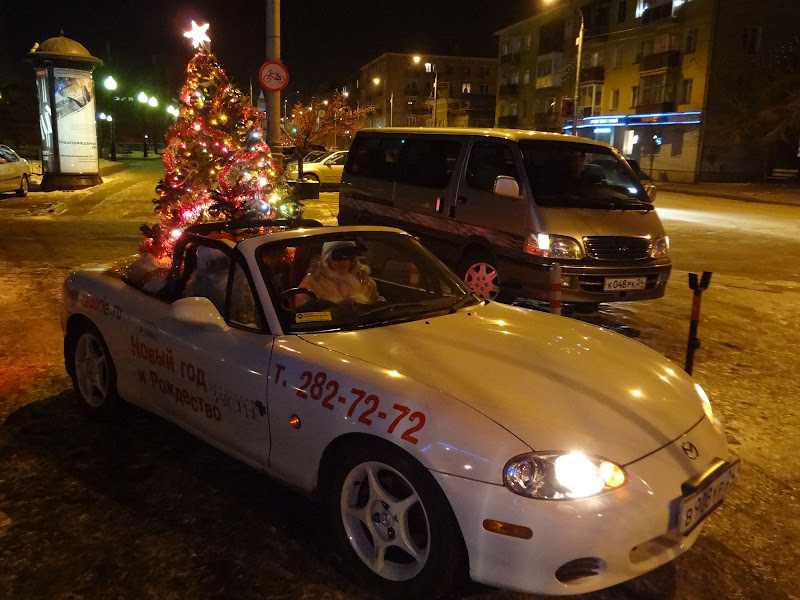 One night in Krasnoyarsk, we were treated to a performance of the action play "Yakuza Dogs". 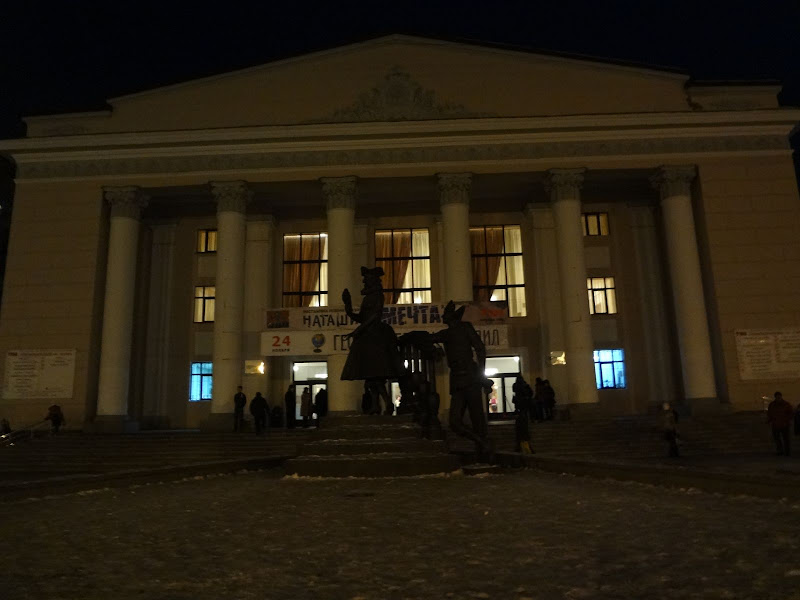 The theatre was packed with teenagers.  We were ushered into a special room where we sipped on tea and the assistant director told us about the play.

I don't know what it was about the tea in Russia, but I loved it.  Such good tea. 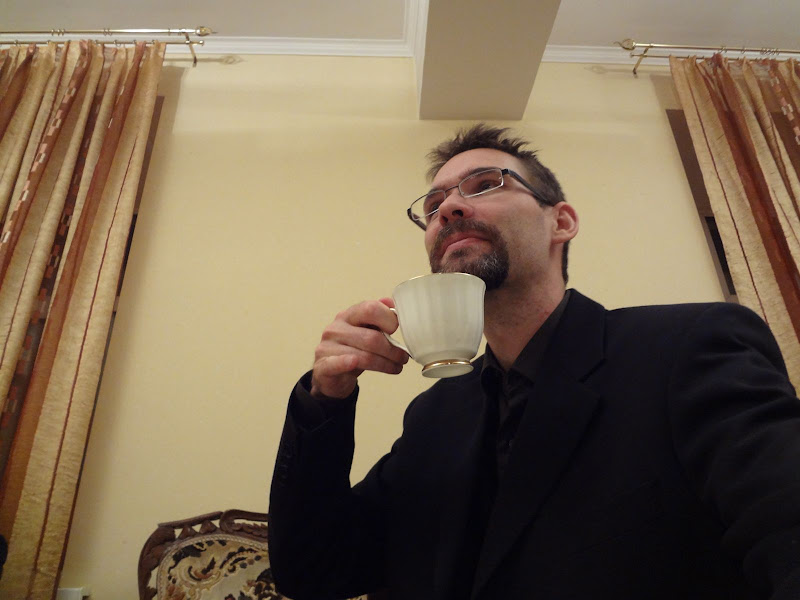 The theatre we beautiful. 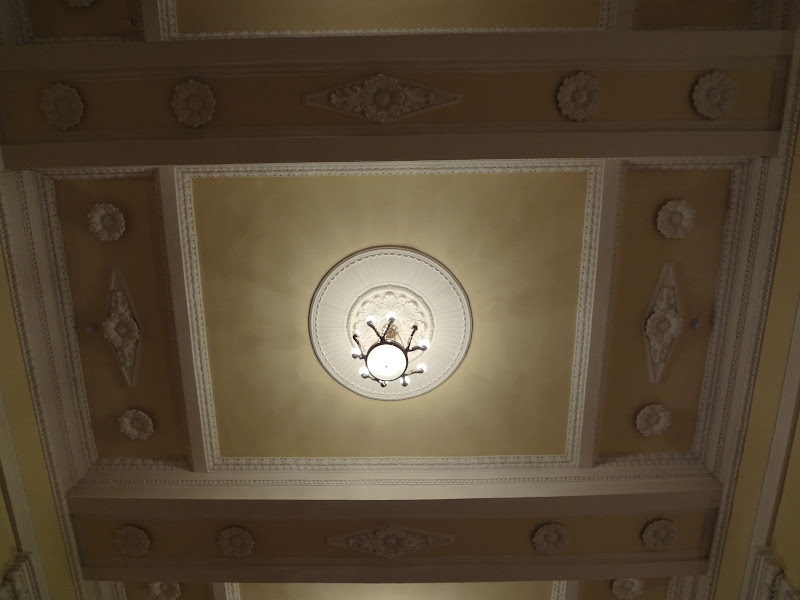 "Yakuza Dogs" (which is done in Russian, of course) is about a stray dog who refuses to join either of the local packs.  The lead character concocts a scheme to get rid of the other packs and ends up with a pack of his very own.  The whole dog/pack thing is an analogy for gangs.  The play does an exceptional job of pointing out the similarities between pack dog behaviour and human behaviour. 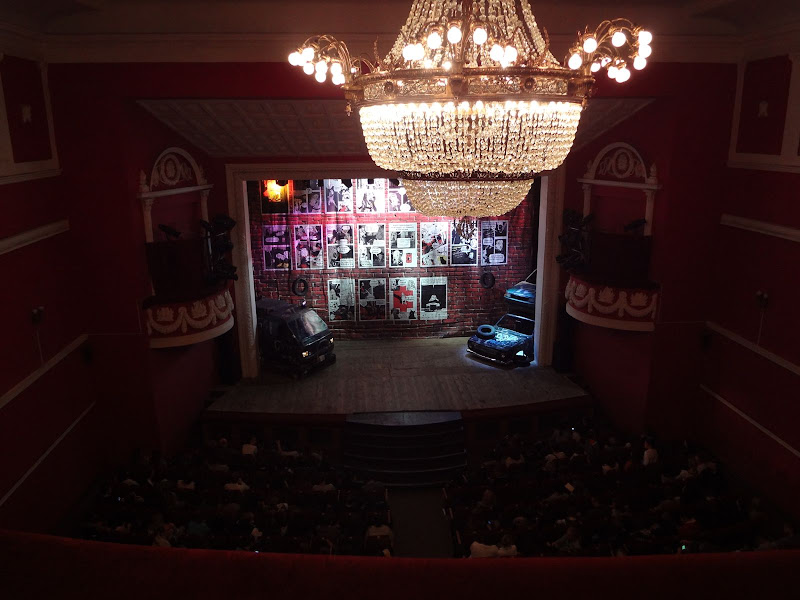 The set was done very well, with gutted cars and tires evoking a back-alley in a run-down part of town and simultaneously being used as effective props in the action scenes. 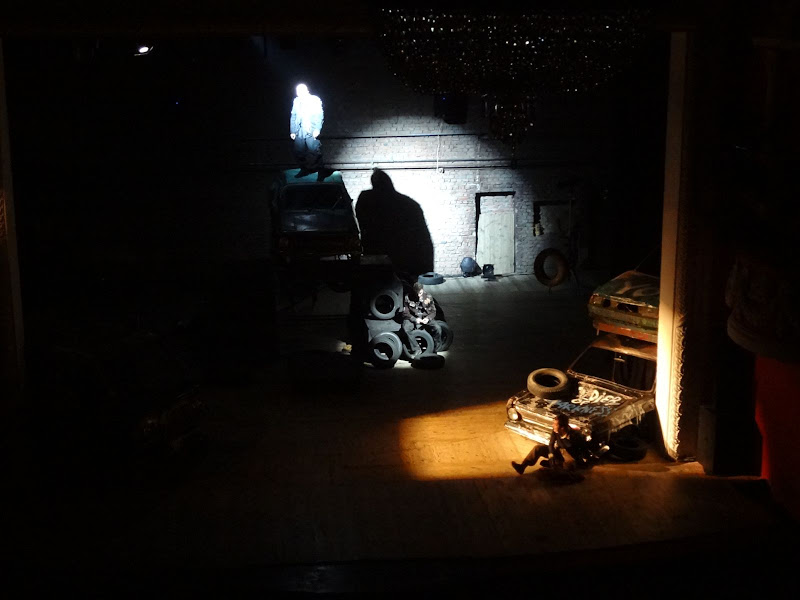 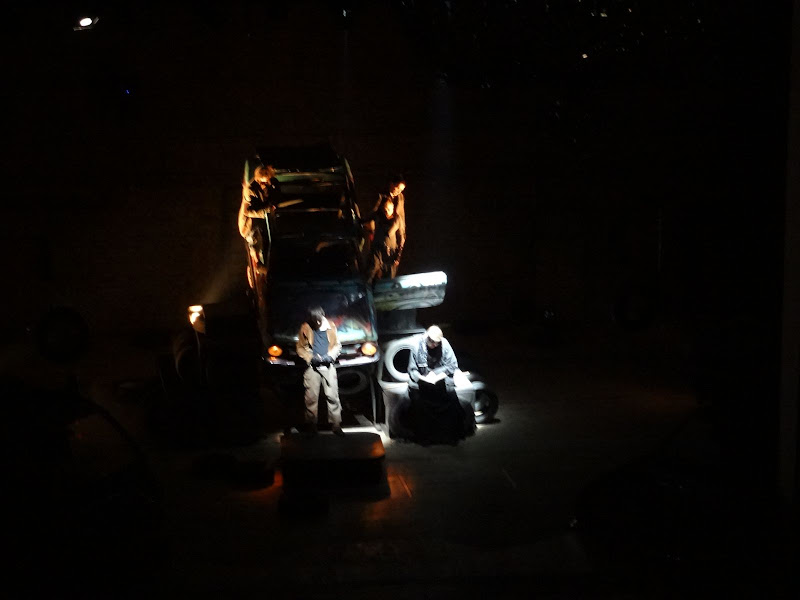 And then there are the restaurants.

The food at all the restaurants was soooo good!  I noticed that, unlike Canada and the US, the starchy portion of every meal was quite small; much more emphasis was placed on the feature, as opposed to the side dish.  It was quite nice.

One night, we went out to a restaurant called The Kabinet. 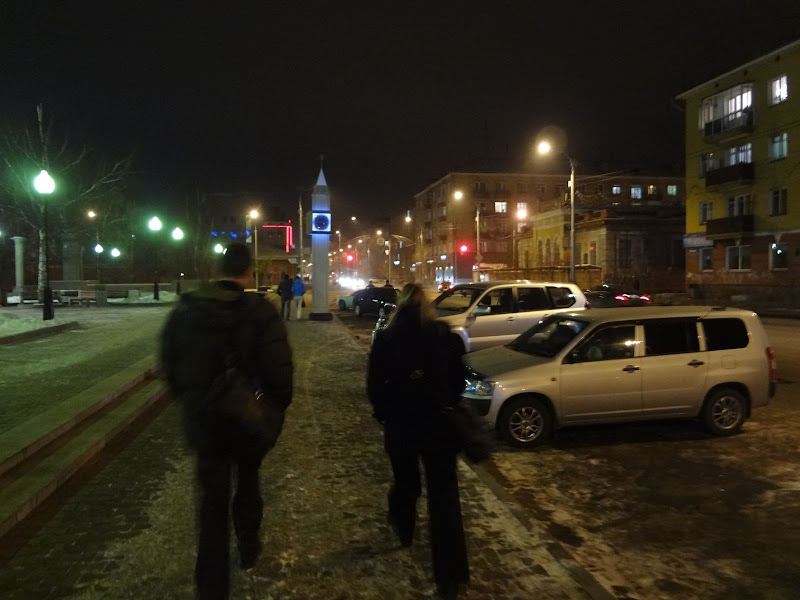 The Kabinet was downstairs, under the foundation of a building.  It had a very warm feel. 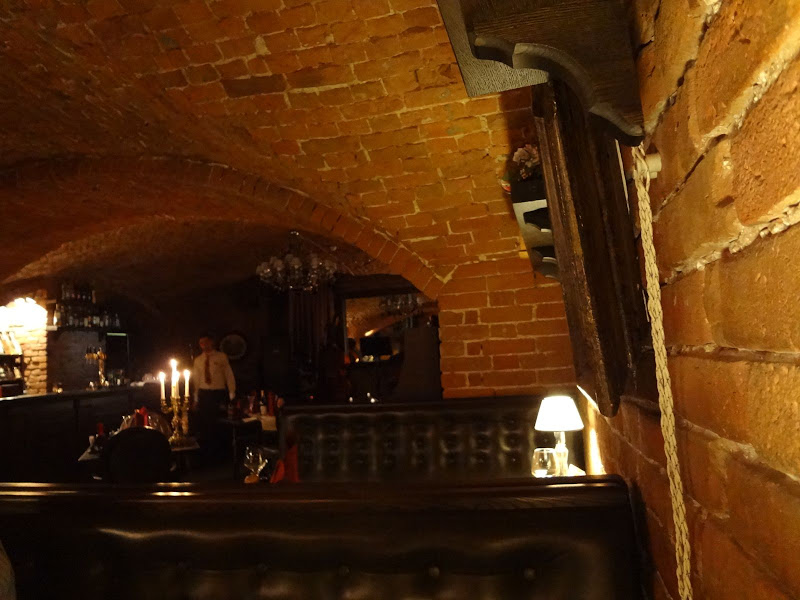 An excellent guitarist added to the ambiance. 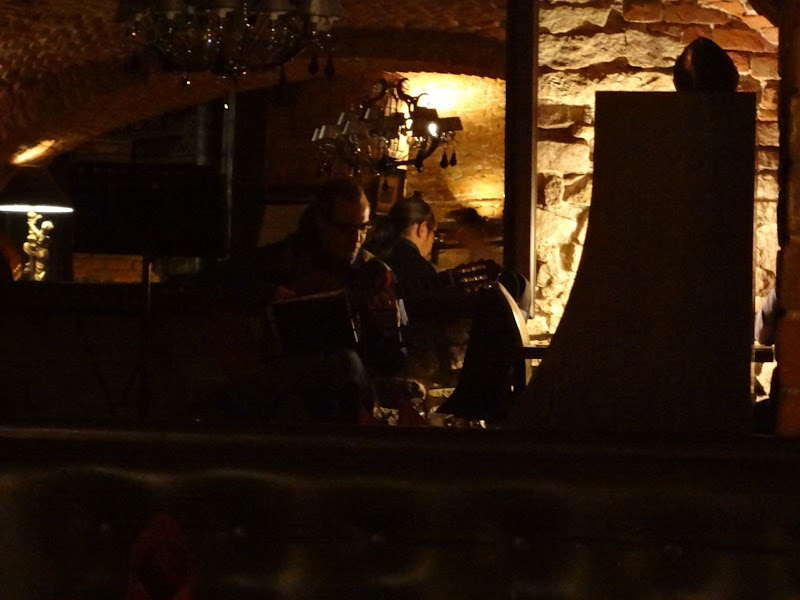 Though I did wonder about the electrical system... 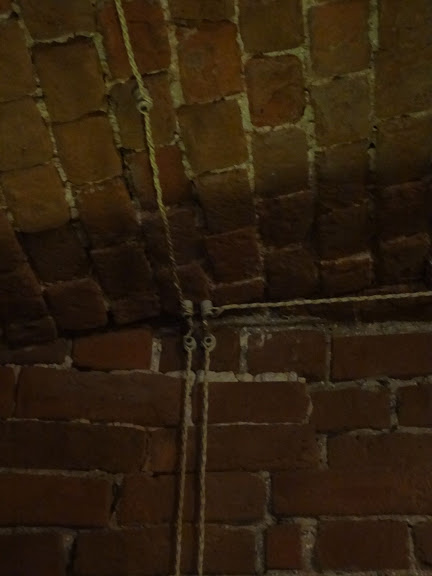 ...And the guy who got caught teleporting through the wall. 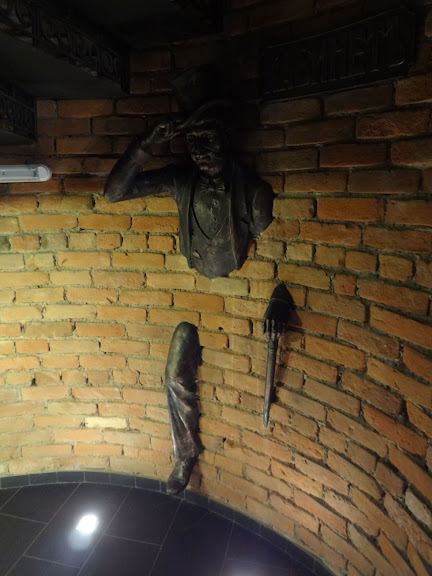