A Werewolf in Whitehorse!?

We all went for a little hike today.  With the little bit of snow we have on the ground, it's great for seeing tracks!  We saw mink tracks and rabbit tracks and mouse tracks and squirrel tracks and bird tracks and more.

The most impressive of them all, though, were some huge canine tracks.  Just how big does that dog-like beast need to be to have a paw pad nearly as big as my hand!??! 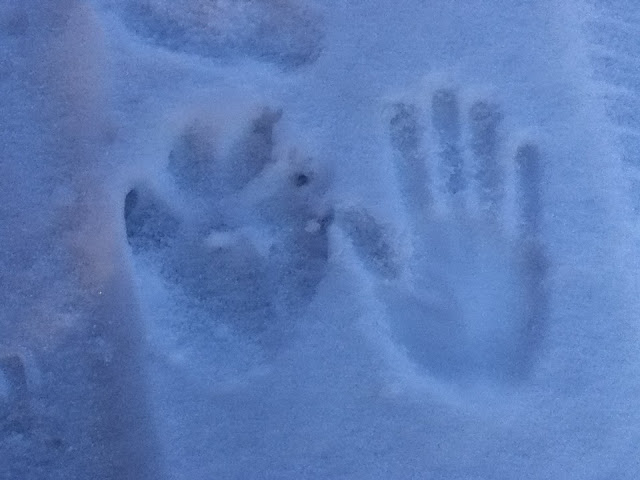 To provide a little more context, you see the dog prints to the right of my hand print?  Those are Nanuq's tracks. 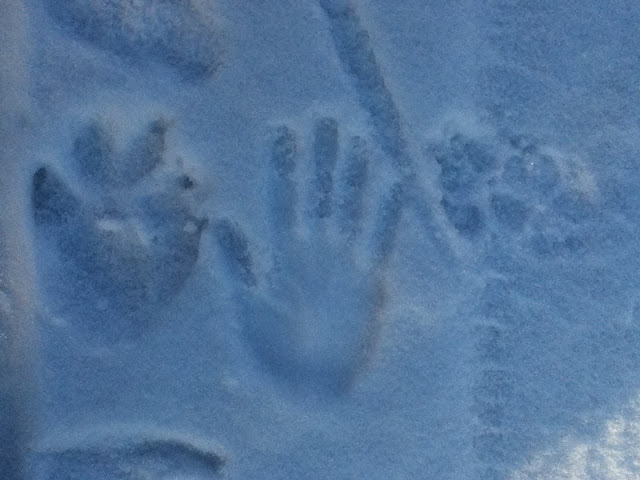 Nanuq isn't a giant dog, but he isn't a tiny dog, either. 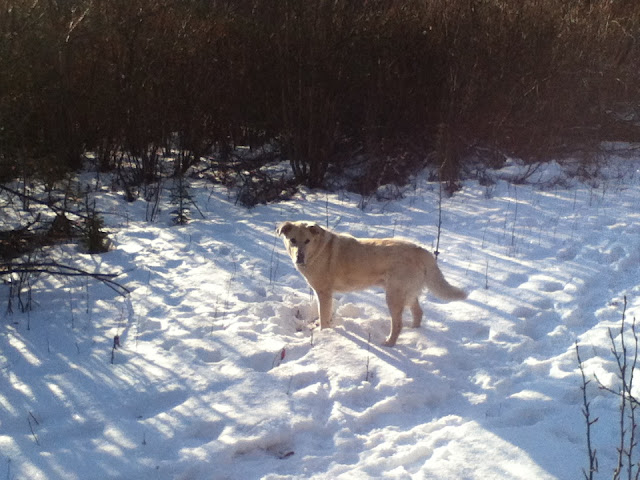 Check this one out.  It's a different print, but from the same canine.  See that coin?  That's not a penny.  That's a loonie.  A great, big, freakin' loonie (no bigger than other loonies, just pointing out that it looks tiny in the canine's print). 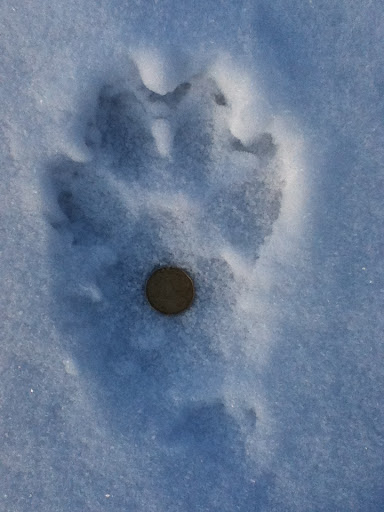 You may have noticed that I keep calling it a canine print.  I'm not calling it a dog print because, well, it's more comparable to a wolf print in size.  But it's a strange place for a wolf print to be.  The area where I found the track is well within the realm of canis domesticus and homo sapiens.   Furthermore, the track seemed quite purposeful, heading straight down the road.  Wild dogs tend to investigate things along the way.  Hmmm... maybe the tracks aren't from a wolf or a dog at all...

Maybe they're from... a werewolf!

That would be so cool.

But unlikely.  Which is why we enjoyed a small campfire and snack in the warm sunshine of an early winter's day without fearing the imminent attack of a werewolf. 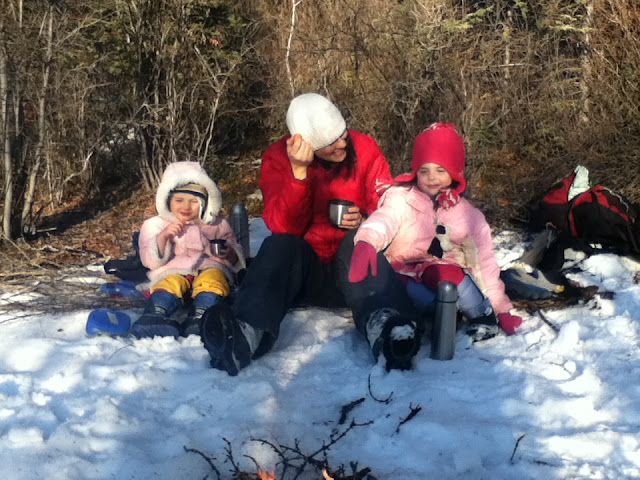 Besides, everyone knows that werewolves only come out when there's a full moon...

Woweee!! Those are big!

Wolves do have big feet.

Um, those prints ARE pretty huge - and in the neighbourhood?

On the road near Ice Lake (closer to Lobird).