Climbing with my bros.

A couple of days after we took the kids climbing near Calabogie, my brother, brother-in-law and I went out for a bit of our own climbing fun. 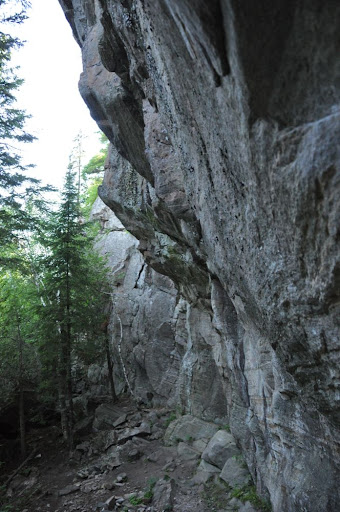 "No climb is too challenging" was our motto.

Most of the pictures are of me climbing because, well, my brother looks too cool when he climbs.

See what I mean? 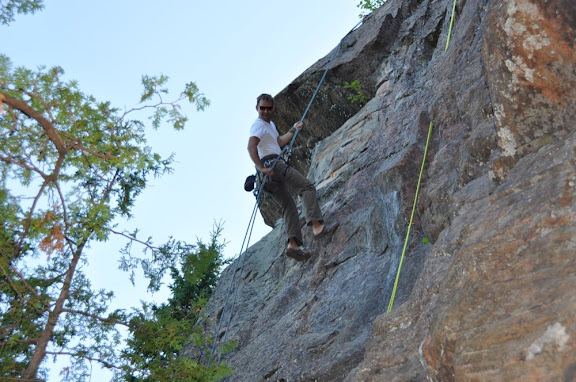 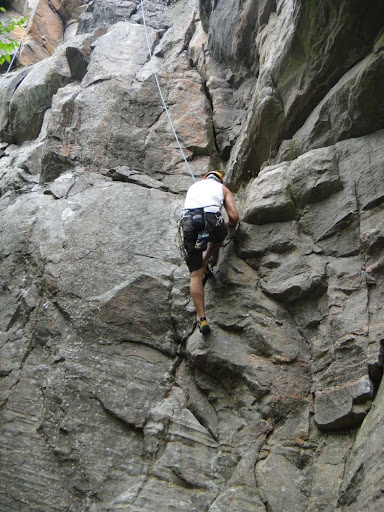 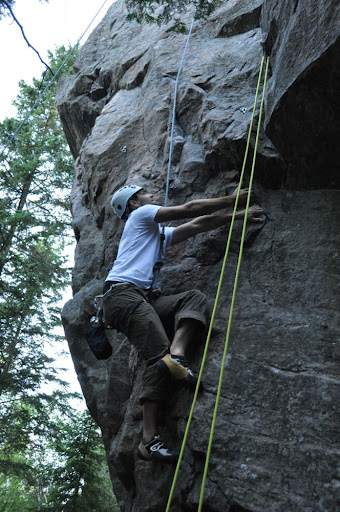 If I posted a bunch of pictures of him, all I'd get are requests from newly adoring fans asking when I'm going to post more pictures of him. So that's all you get. Three and no more, so don't even ask.

And here's my brother-in-law. He's over fourteen feet tall and can reach the top of the cliff without even thinking about it. Here he is pretending that climbing takes any kind of effort for him. 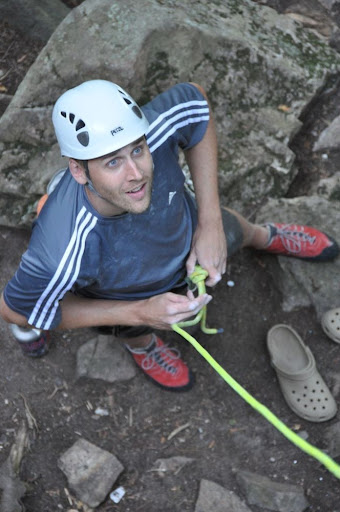 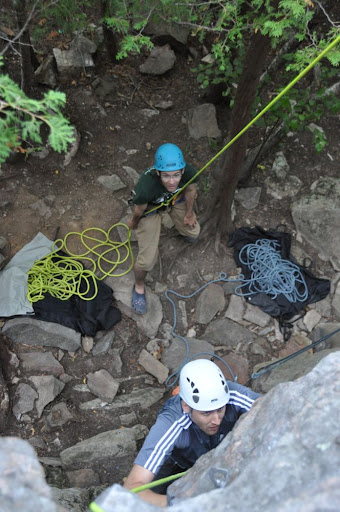 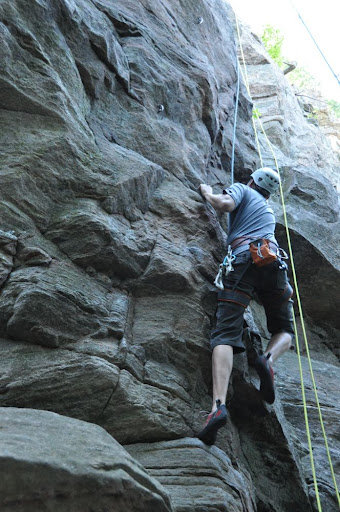 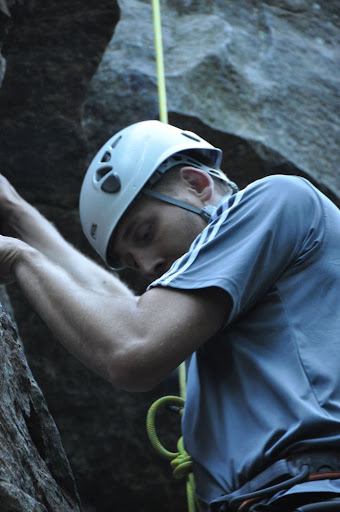 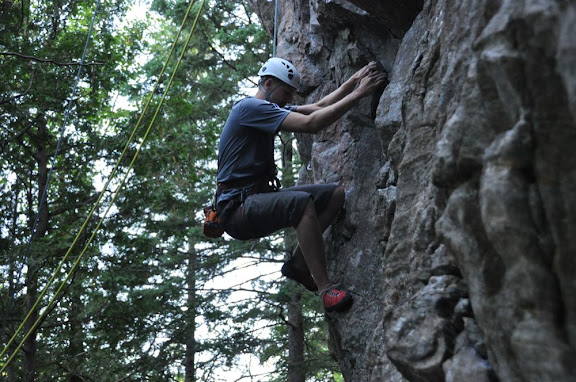 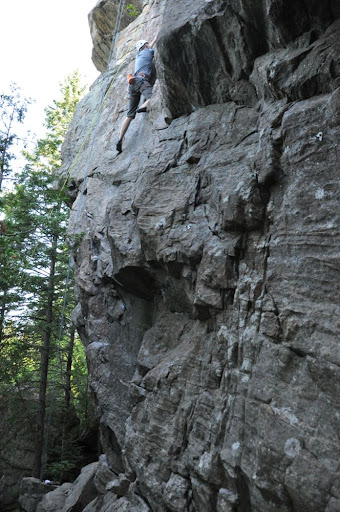 I mean, look at that reach!

I has been years since I've done any climbing. My very unstylish helmet is a testament to that. It's hard to look cool when one is wearing a giant blue mushroom on one's head. Nevertheless, my lack of coolness didn't prevent me from having some great climbs. It was like riding a bike! But up a cliff!

When you've done it once you never really forget how to do it. 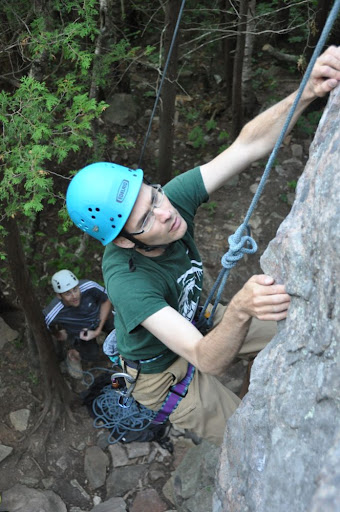 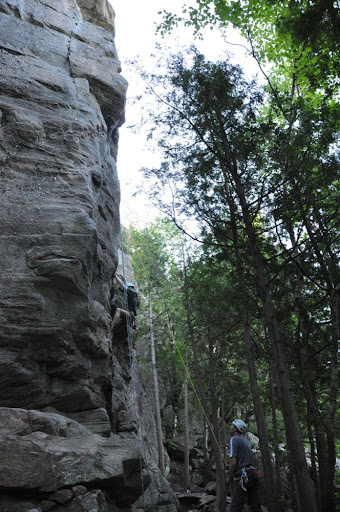 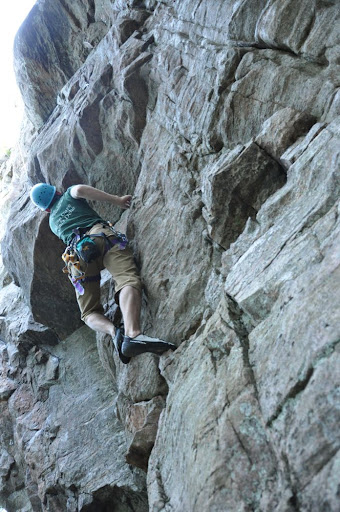 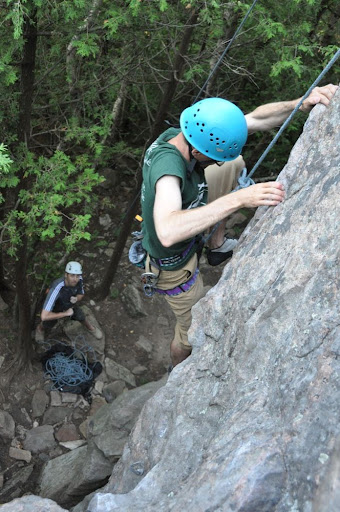 What style! What grace! What is that? A frog? 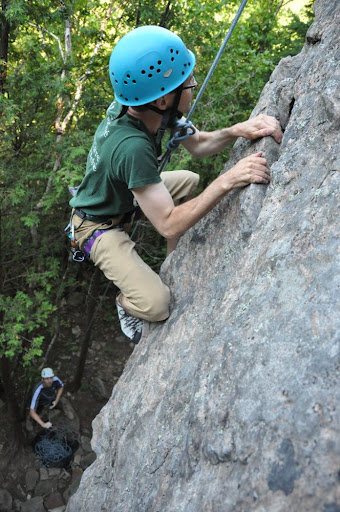 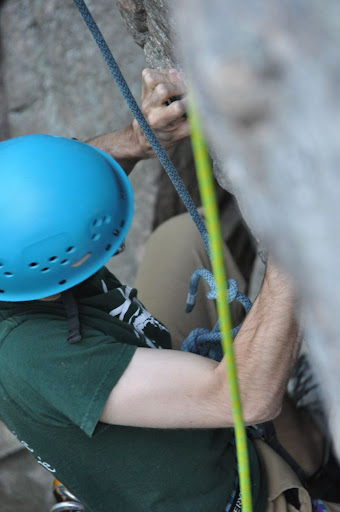 This was a spot that I had to attempt several times.  Oh, it looks easy in the pictures, but I assure you that it was not.  It was a tricky little overhang... 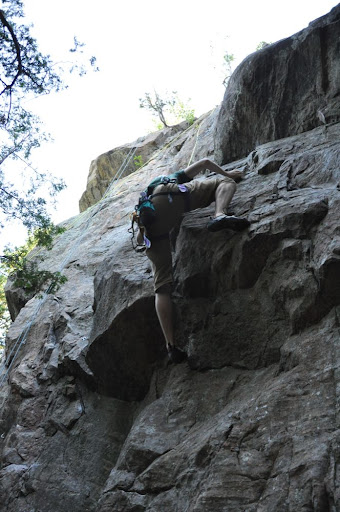 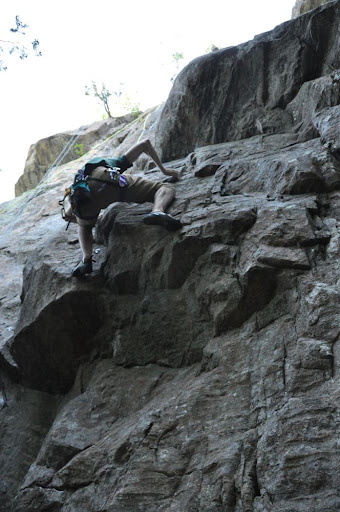 My success inspired me to try another one. 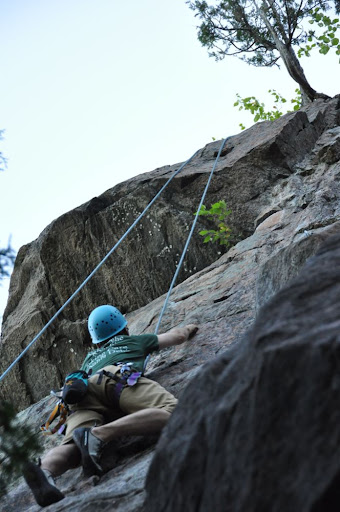 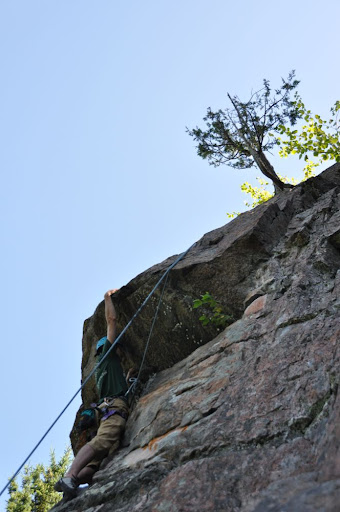 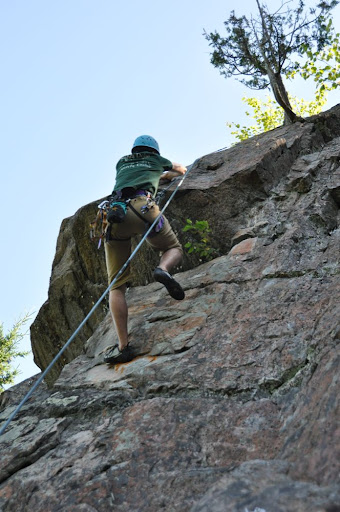 I got that one, too! 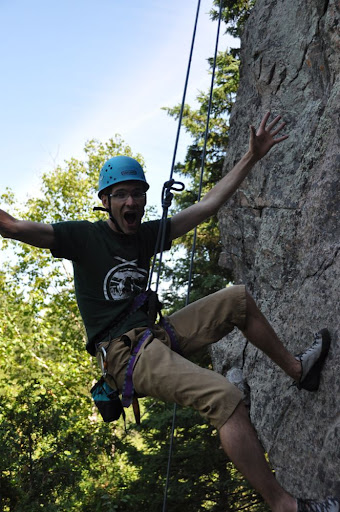