The day started wet, which was hardly ideal for my planned day of hiking around Drumheller. 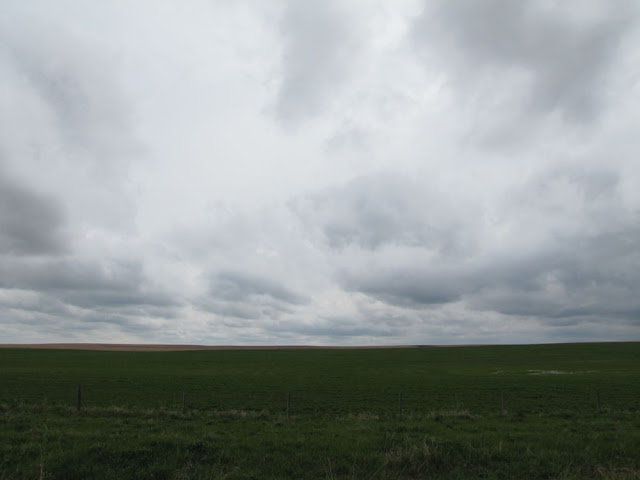 The drive from Red Deer to Drumheller was pleasant though, especially with my detour to Dry Island Buffalo Jump Provincial Park and a brief but enjoyable drive into and out of the Red Deer River valley. 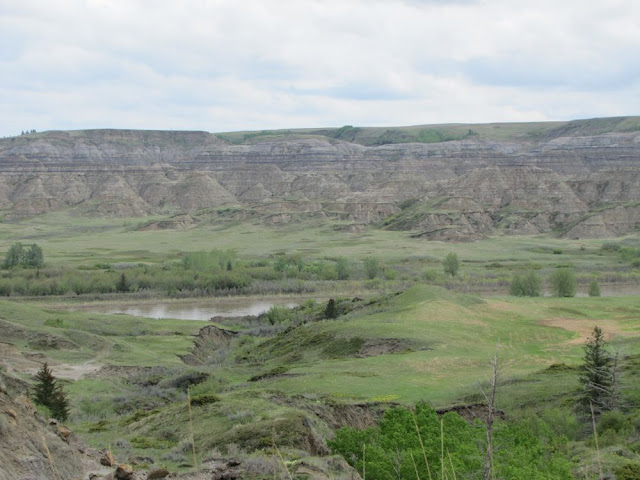 And then I got to Drumheller which - if you don't already know (for some strange reason) - is famous for dinosaurs. 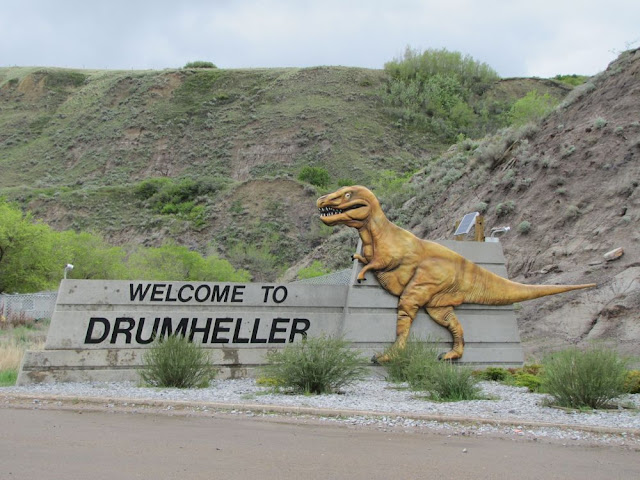 I wasn't planning on going to the Royal Tyrrell Museum.  I'd been there before.  I wanted to go hiking, but the soaked bentonite (clay) made everything so slippery and sloppy that my hikes were mostly restricted to the gravel-covered trails. 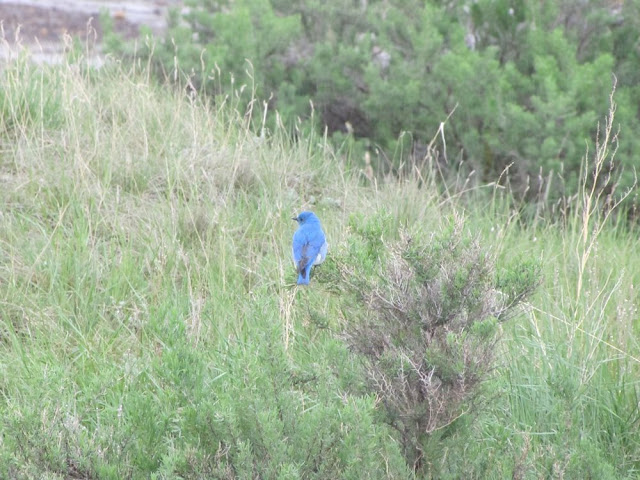 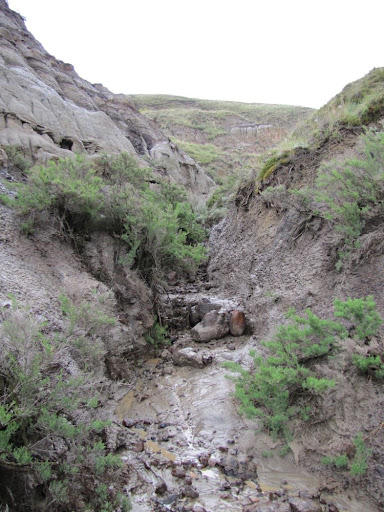 In the end, I decided to go into the museum where I spent a few hours learning some amazing things about plants and creatures of old.

After the museum, I went exploring and came to the interpretive signage for Horsethief Canyon.  The canyon got its name because - according to the interpretive signage - horses would wander in, only to come out a week later bearing a new brand.  According to the traveldrumheller website, however, the canyon got its name for American horse thieves who used the canyon en route to horse buyers in Alberta.

Oh, how I wanted to hike down into the valley.  Even though the sun had come out, the ground was still so slippery that walking was a precarious venture. 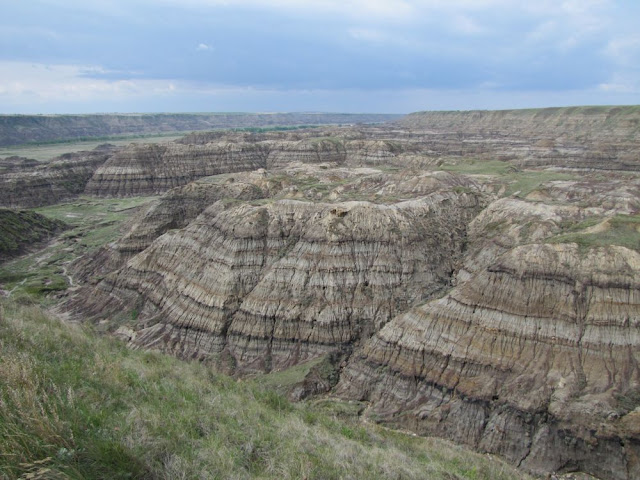 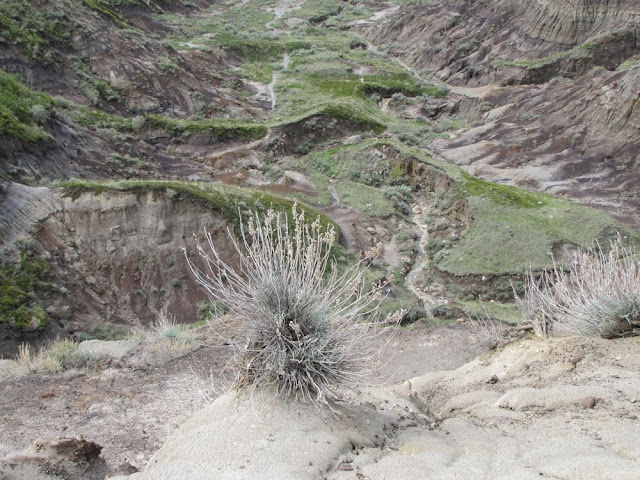 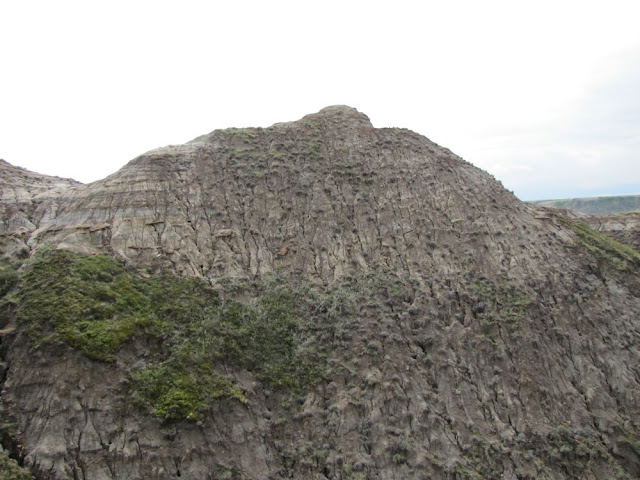 After my failed attempt to hike down into Horsethief Canyon I made my way back to Drumheller.  I couldn't help but notice some bright red rock just off the side of the road.  I pulled into a parking lot for an interpreted trail for an old coal mine.  Walking the trail, I learned that the red rock is created by underground coal fires. 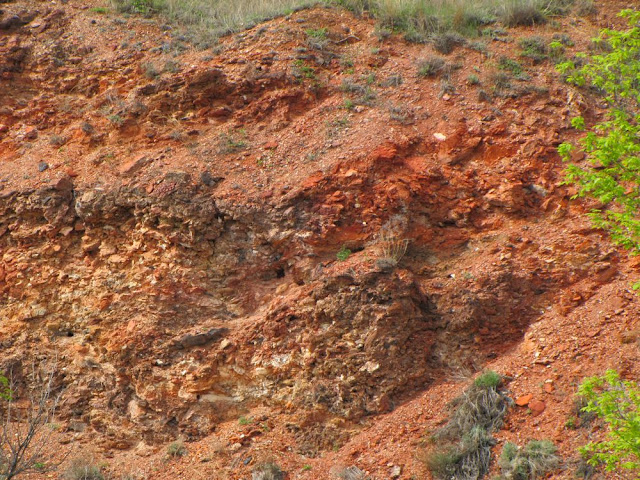 I took a different route back to Drumheller by way of the Bleriot Ferry. 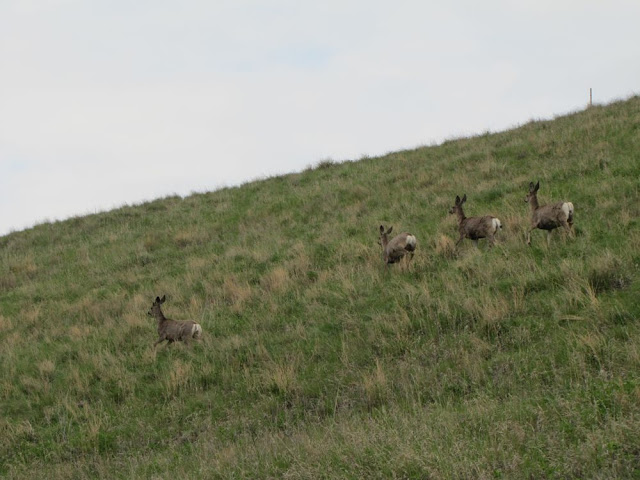 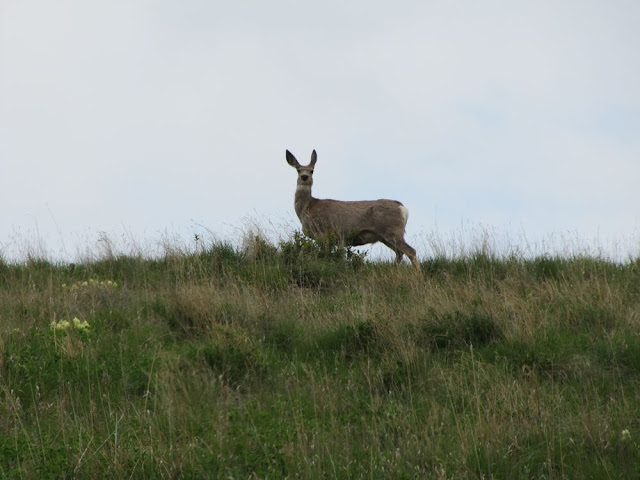 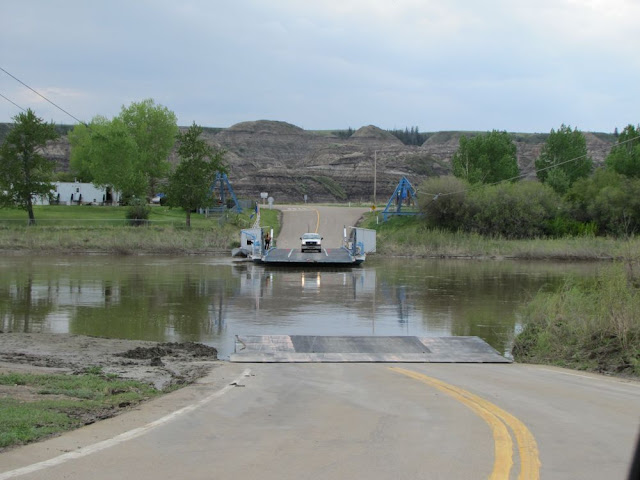 I drove back to Red Deer in the glow of the evening sun. The overcast cloud had long been replaced by large tunderheads and scattered showers. I'd crammed as much sight-seeing as I could in one day - and it was a day well spent.

We lived in Edmonton twice for 8 years total. Drumheller was one of our favourite places. Thanks for the trip down memory lane.

You can have a different kind of adventure in Drumheller. I also consider it as one of my favorite places, but I didn't know that it has a history of coal mining.