As I mentioned in an earlier entry, I finally made it out to see Van Gorder Falls in Faro. It was a nice walk and heading up the slope meant that I got some good views of the town and the surrounding mountains. 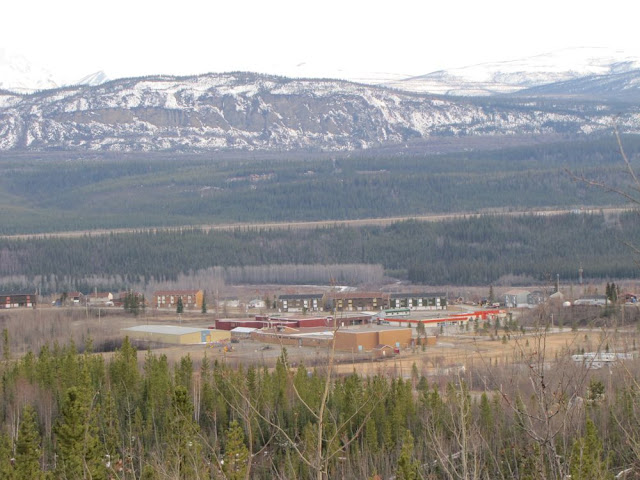 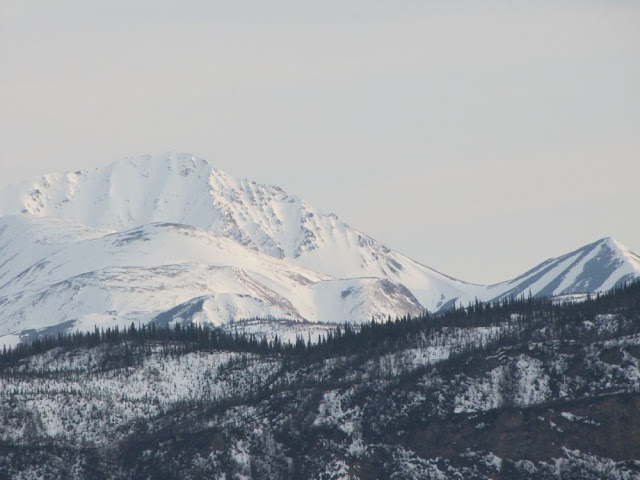 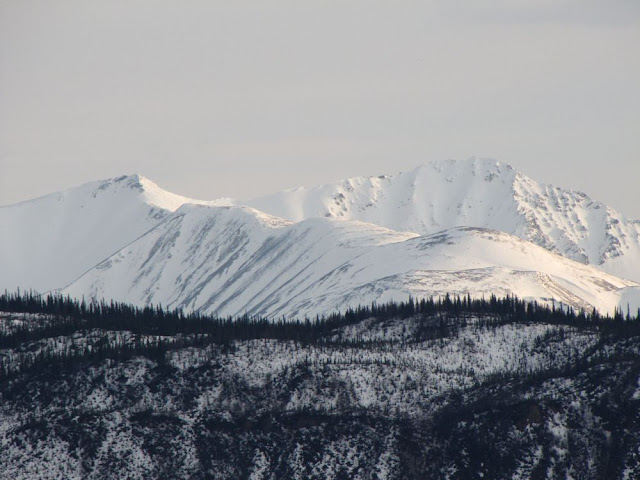 The trail had substantially less snow and ice than it did just a day before.

I had been warned that the falls were small. And they were, but they were still pretty. 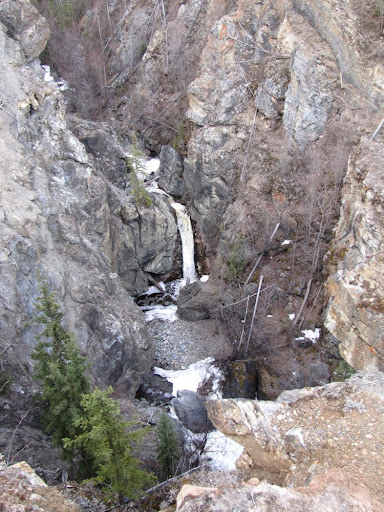 The rocks in the area were interesting, too. 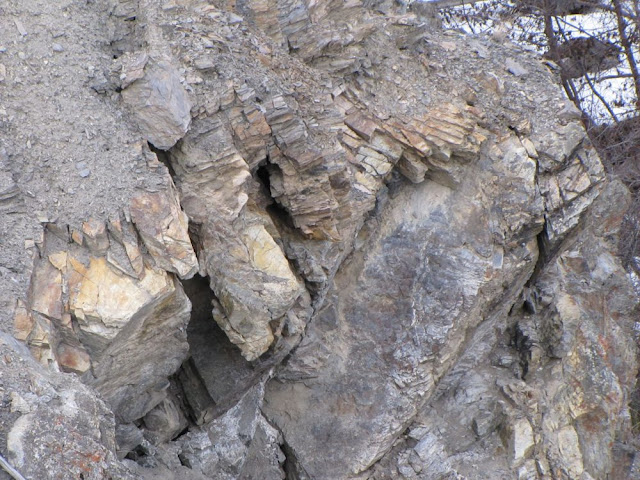 Seeing a foot and sheep trail continuing up the ridge of the river valley, I decided to head up to investigate the views, but when I looked back at the viewing platform, I went right back down. While I was disgusted that someone would do such a thing, I wanted to investigate how the inconsiderate "Rick W." painted his hame below the viewing platform on a pillar of rock. 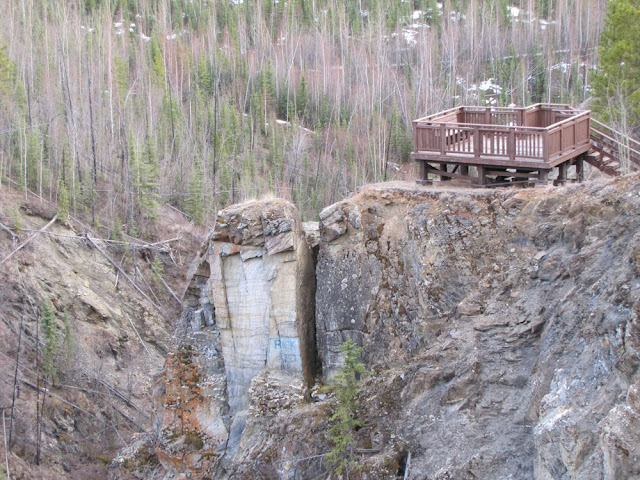 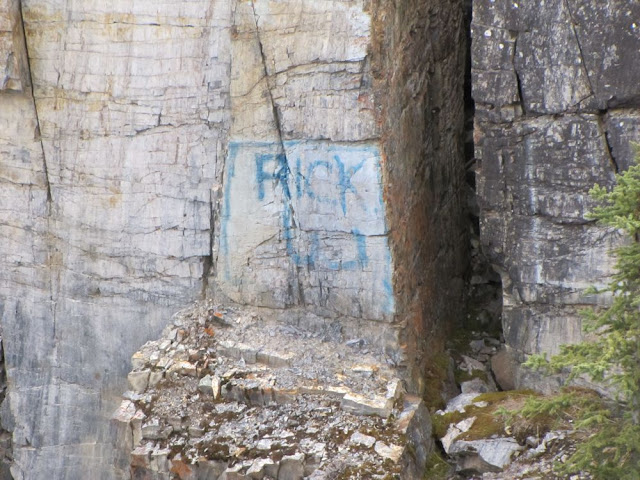 The way down looked next to impossible, but was really quite simple. There were decent foot and hand holds between the rocks, and I went down. 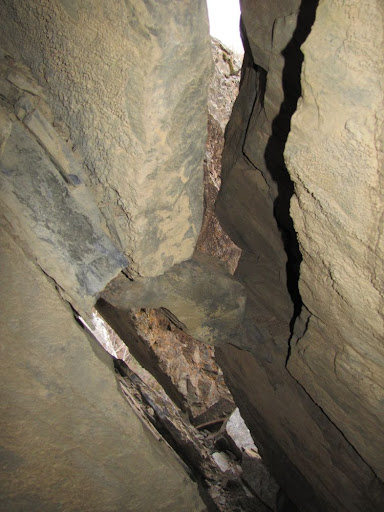 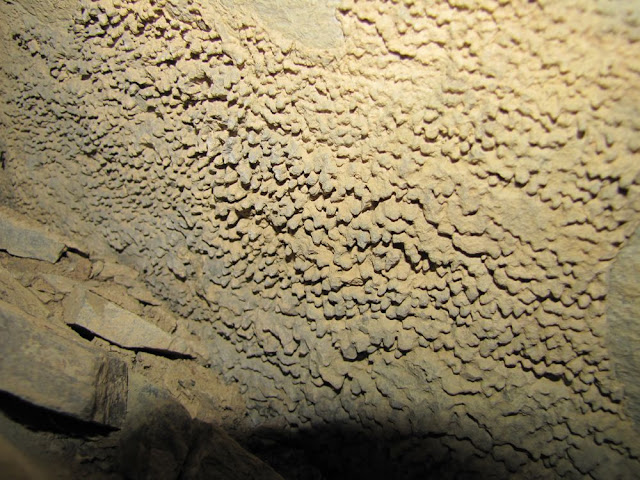 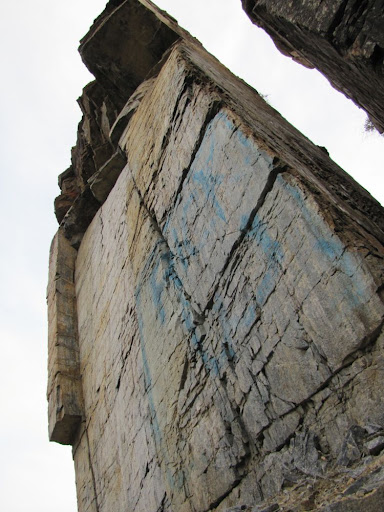 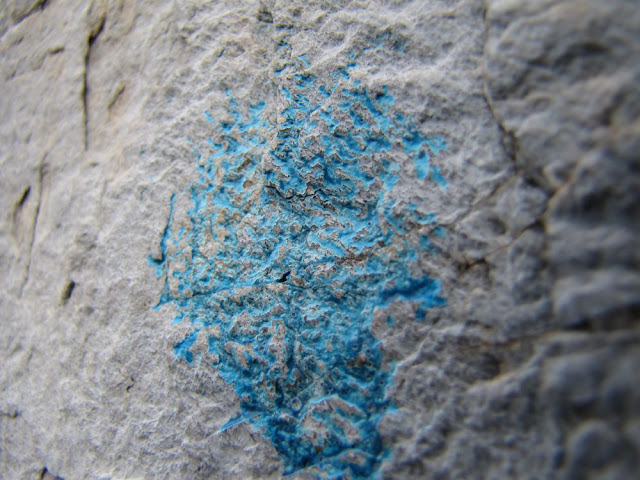 So, now I find myself wanting to curse "Rick W." for inconsiderately spraying his name on what should be a lovely natural site, but also wanting to thank him because, without the graffiti, I wouldn't have gone between the rocks and I wouldn't have found this tiny, beautiful plant. 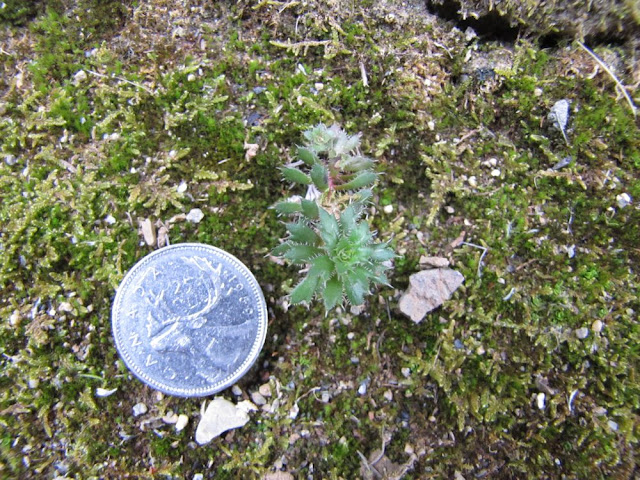 If anybody can identify it, please let me know!