We followed our full morning with a full afternoon. We went out to the sheep viewing cabin to see the Fannin's Sheep.

Fannin's sheep have interesting coats with dark patches that have caused some degree of mystery about how they might be related to other wild sheep species, especially since many Fannin's sheep colonies are geographically isolated from other sheep species. The current theory is that Stone’s sheep in British Columbia interbred with bighorn sheep before the last ice age. There is genetic evidence to support this theory. Interestingly, when an all-white Dall’s sheep and a bighorn sheep bred at the Yukon game farm, the lamb looked a lot like a Fannin’s sheep. 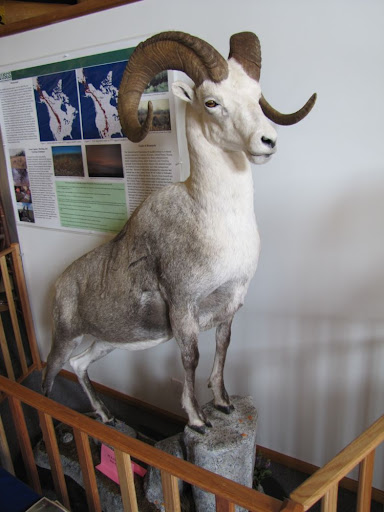 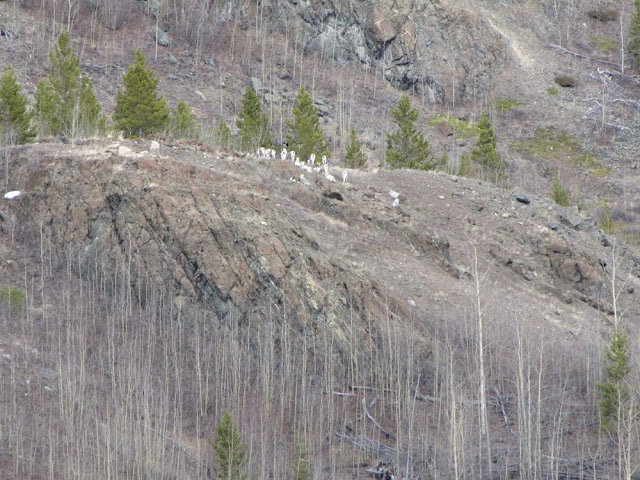 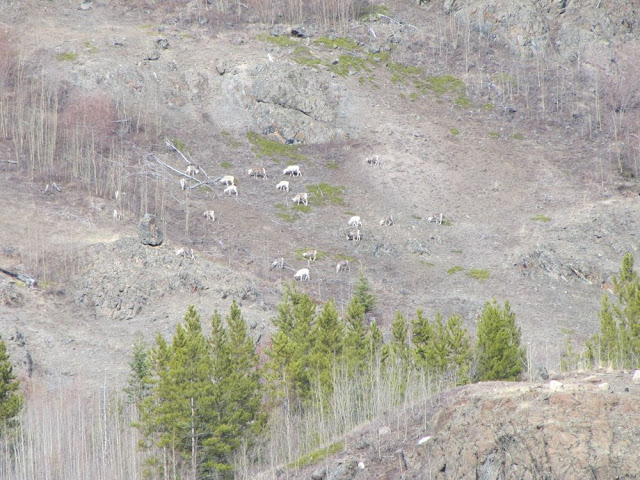 Perhaps the highlight of the sheep viewing was watching a bear aggressively chasing a group of sheep. The bear didn't stand a chance, really, but it was amazing to watch how much ground it was able to cover so quickly. Bears are fast! I took a series of pictures showing the bear chasing the sheep up the mountain, but this picture (below) was probably the best. The dark spot in the middle-right is the bear. The sheep are in the center of the picture, getting ready for their next sprint up the mountain. 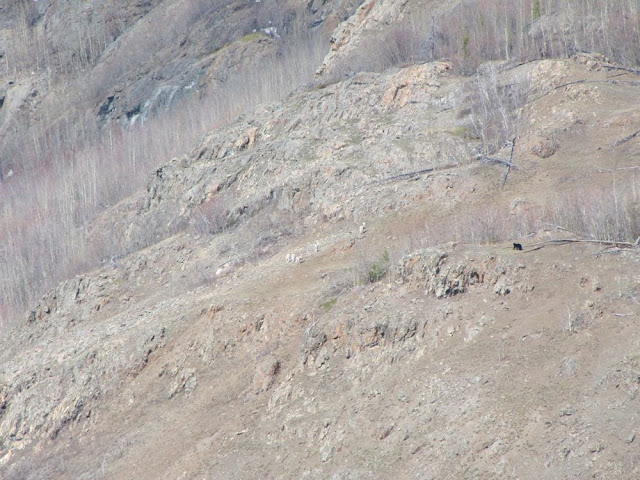 There was also a tour to a mineral lick, where sheep go to replenish their stores of certain essential minerals. We didn't leave with the group of people going on the tour, opting to stay and listen to an interesting presentation on the cranes. Here are a few things I learned (and hope I'm recounting them correctly): 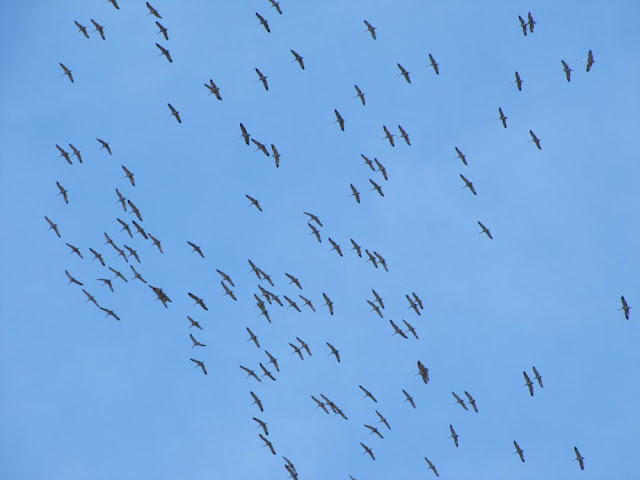 After the crane talk, we went for a walk to see if we could find the mineral lick.  We missed the un-marked turnoff and continued down the road until we came across a sheep highway.  There were no sheep, but the fresh tracks and other sign showed that the trail is heavily used and has been used quite recently.  Jade wanted to "climb the mountain" up their trail, so we did. 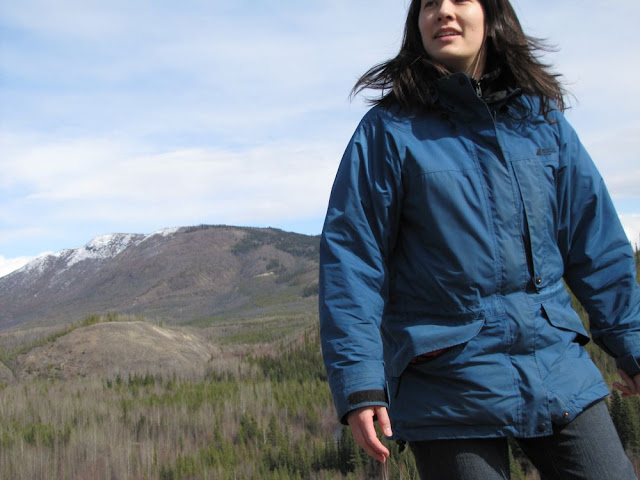 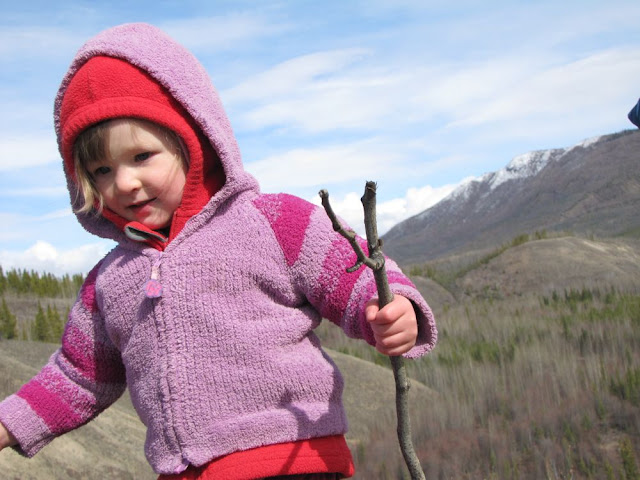 Halia was thrilled with all of the crocuses. Not only are they the first flowers of the season, but purple is her absolute favourite colour. 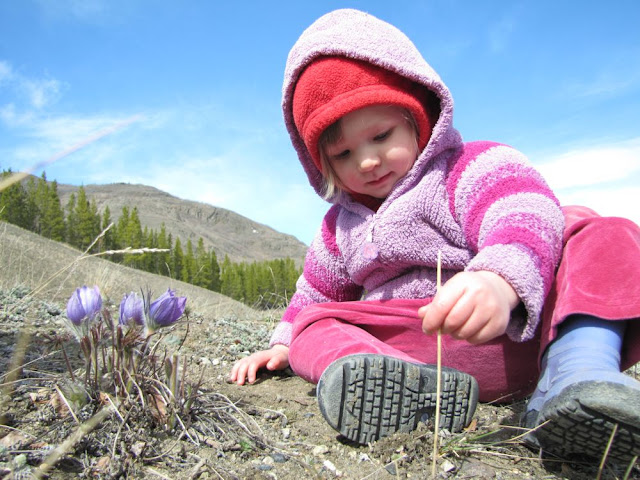 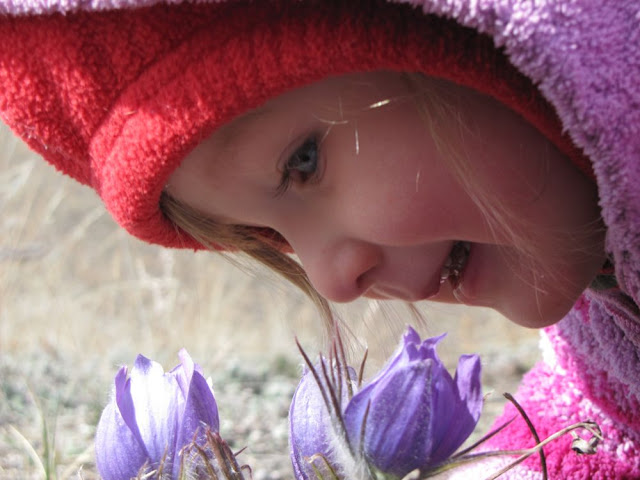 We were able to find the trail to the mineral lick and the views were phenomenal. There was so much to take in, from the amazing stratigraphy in the bluffs, to the... 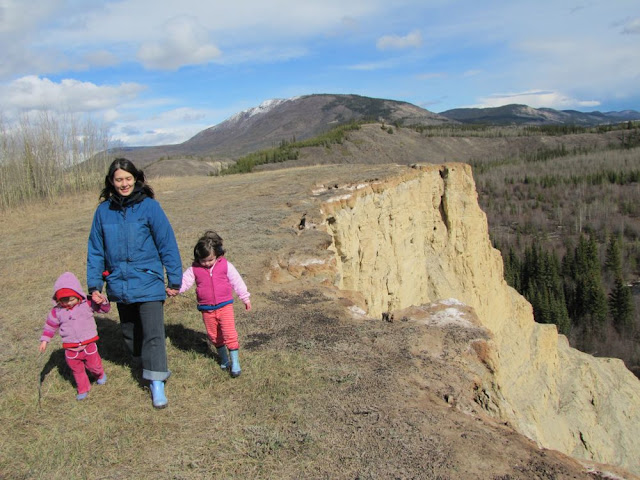 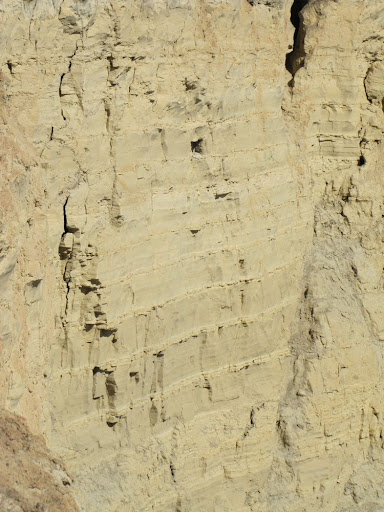 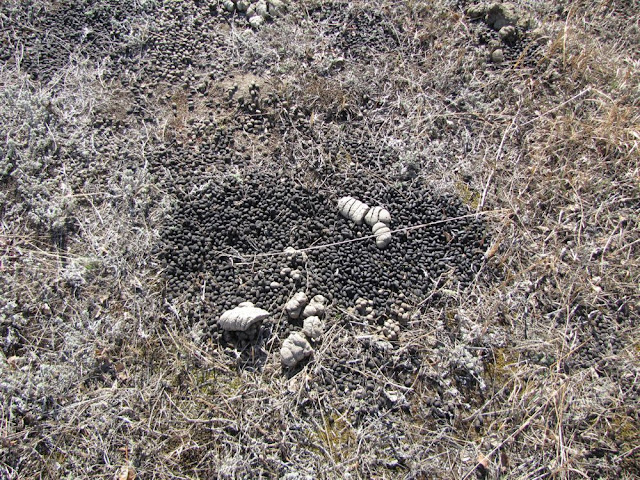 ...dizzying drop down to the floor of the river valley. 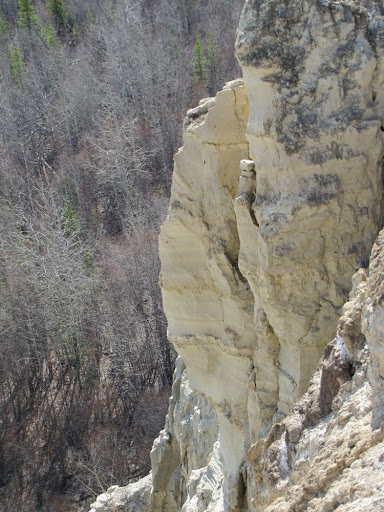 Oh, and did I mention the phenomenal views? 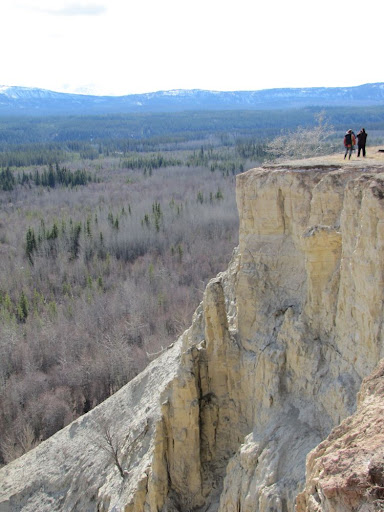 It had been a full day. We were close to going to the wild game BBQ and potluck, but ended up spending the rest of the night in. It was probably a good call, otherwise our full day could have become an overflowing day.

So far, Faro's Crane and Sheep Festival has vastly exceeded my expectations.

Email ThisBlogThis!Share to TwitterShare to FacebookShare to Pinterest
Topics: Faro

I am so glad that you all enjoyed the festival!! I told you it was fantastic. :)

You have some beautiful photos - I am always working (in the Interpretive Centre) during this weekend, I am so glad that you had a great time!

I'm glad you made it up here for the Festival, and I'm sorry I didn't get a chance to say Hi! Your photos are fantastic ^_^