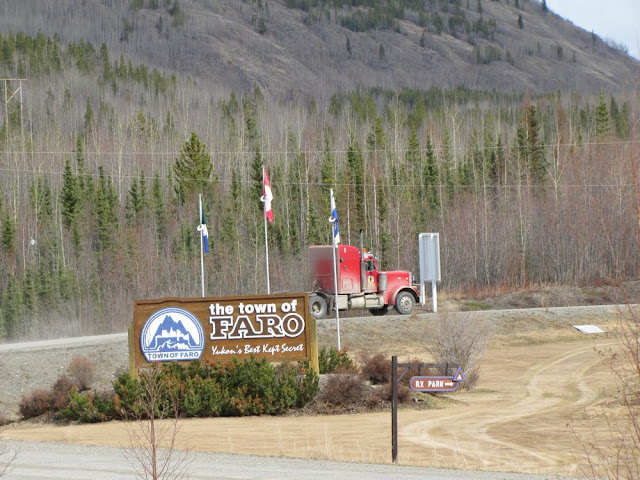 We're in Faro for their annual Sheep and Crane Festival (more about that in subsequent entries).

As you drive into Faro, you cannot help but notice the great big, giant, red dump truck. Of course we had to stop.

Halia seems to have some difficulty pronouncing the "p tr" combination in "dump truck". The "p tr" comes out as more of an "f" sound. It's unfortunate, if not shockingly hilarious when you hear her declare "Look at the dum* **uck!" 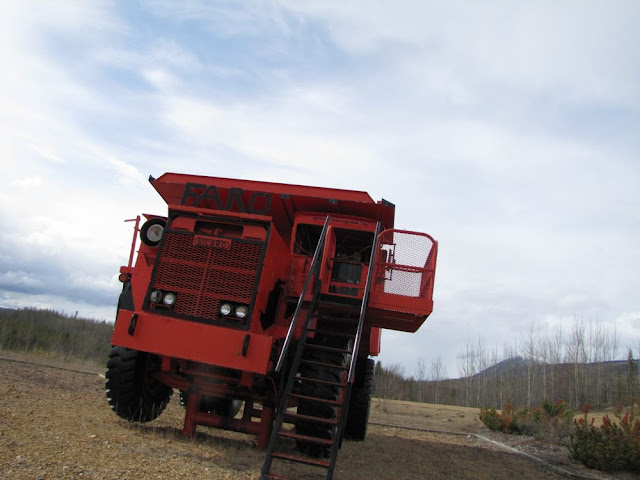 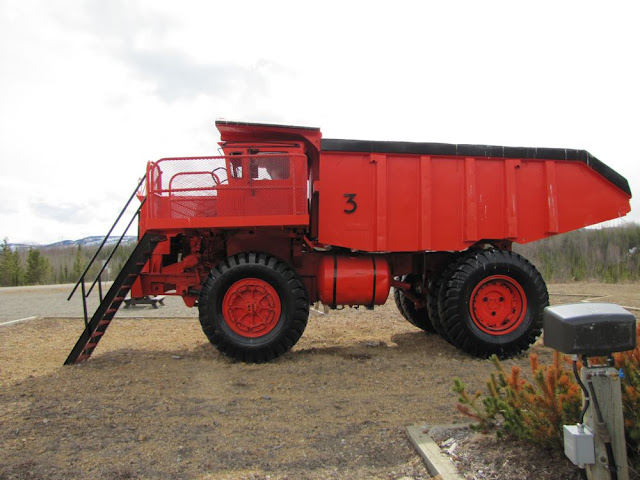 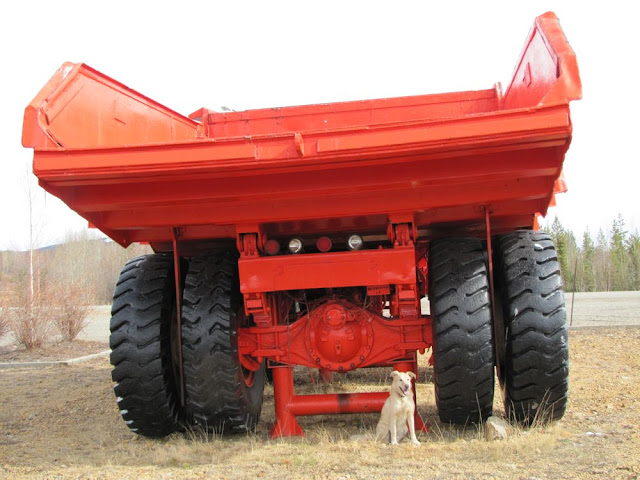 The dump trucks were used for what was once the largest open pit lead-zinc mine in the world. The trucks were so big, that they had to be transported to the Yukon in pieces. Some pieces came by barge to Skagway and were then trucked, while others were driven up the Alaska, North Klondike, and Robert Campbell Highways.

The #3 truck is the last of the Faro mine dump trucks in the Yukon. It has been mounted off the ground and given a set of stairs so visitors can climb up into the cab, turn the steering wheel, and make massive front wheels turn.

Nanuq loved climbing up and down the steep stairs... 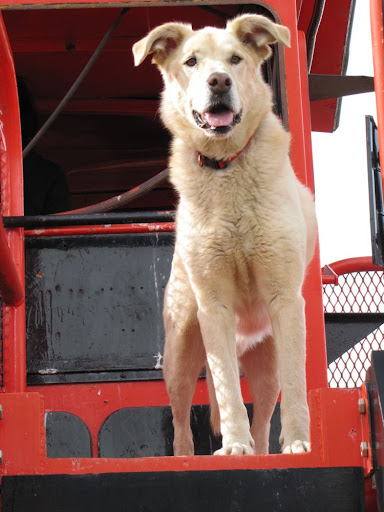 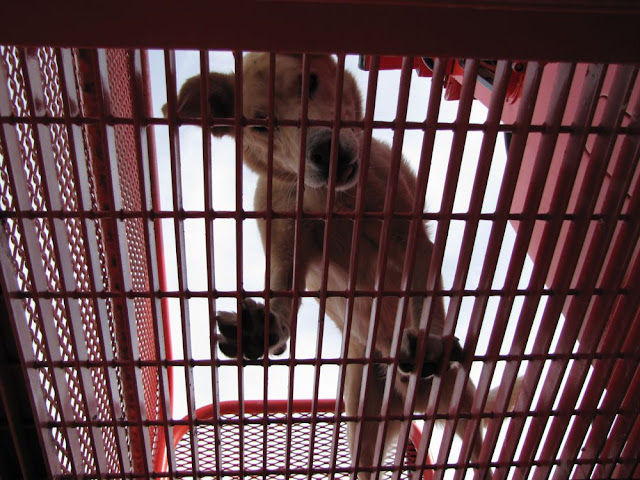 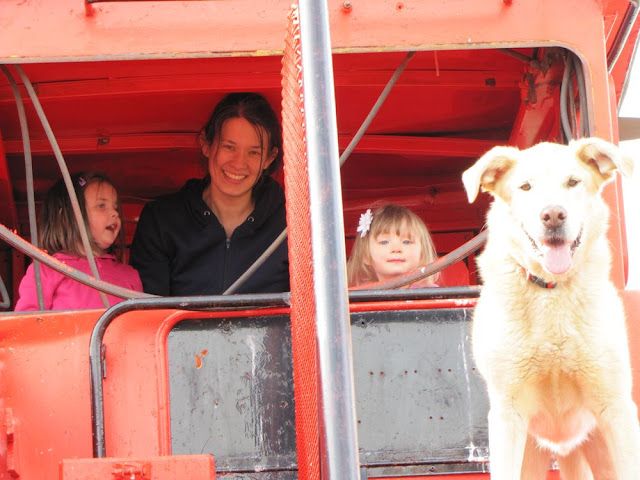 ... but maybe not as much as the girls loved "driving" the truck! 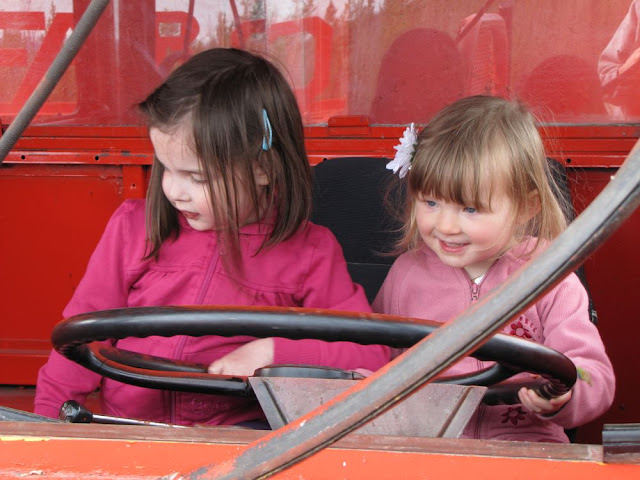 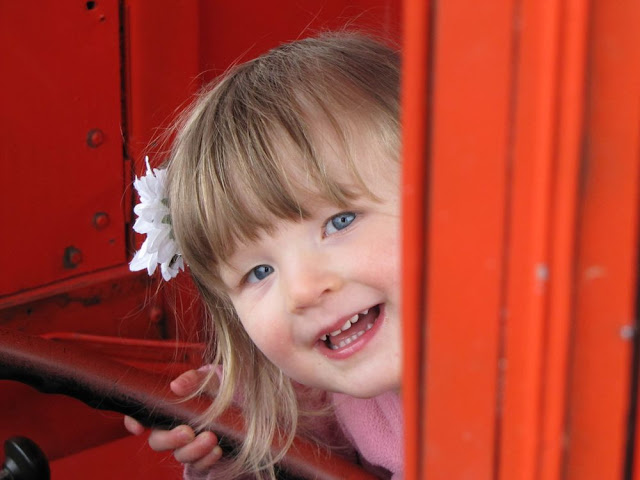 Your girls are growing so fast. It seems like last month when Halia was just a wee baby and Jader was the size Halia is now...