Richard and I had talked about going sailing. I had just installed a Boomkicker (a great little device that holds the boom up without the need for a topping lift) and wanted to test it out. Although the day had been breezy, the evening wasn't. Regardless, I thought the conditions might be nice on Lake Laberge so we drove the boat out that way to check it out.

The lake was calm, but it was a fantastic evening. We managed to find a nice little breeze and played around in that for a while. Richard is a great sailing companion who knows his way around the rigging.

When we ran out of wind we dropped the outboard and motored down the lake. I saw a nice little bay and, although it was getting late, suggested that we go ashore to do some exploring. I wished I'd had a camera, but did not. Richard, fortunately, had a cell phone with a camera. These are his pictures. 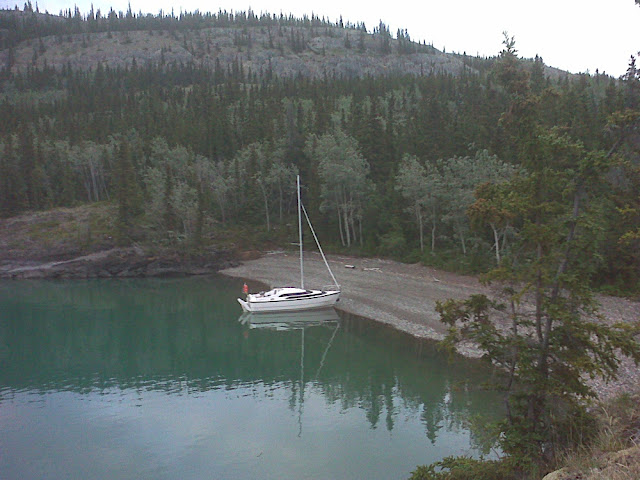 Time to do some exploring.

We could see up and down the lake. The view was amazing but what amazed me most was that, looking South, we could see Montana Mountain over 120 km away!

It was late and we knew we should be getting back to shore. It was a work night, after all.

On the run back to the boat launch, the sun peeked between the clouds and the horizon, bathing the lake and shoreline in a golden glow. 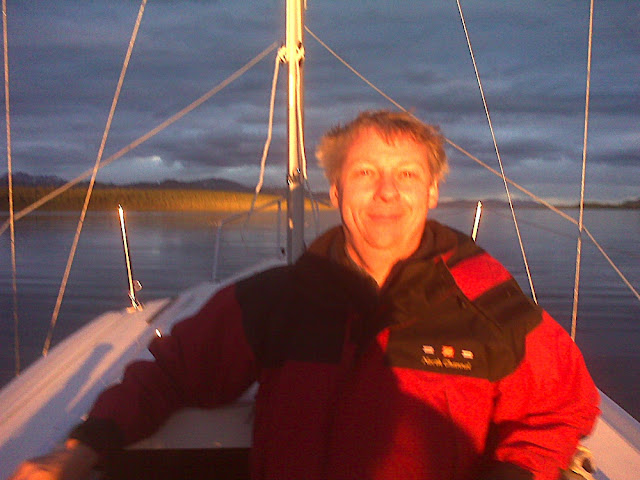 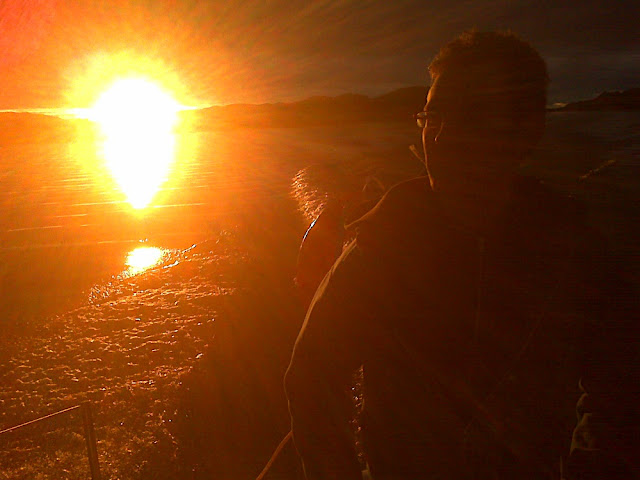 That last picture is perfect.

Pictures look great. Miss hanging out with you guys.