My mum sent me an e-mail. It's one of those "forwarded to a million people" things, suggesting better attire for clearing airport security more quickly.

Although clever, if I put myself in an airport security person's shoes, I can detect seven problems that would require me to delay these people: 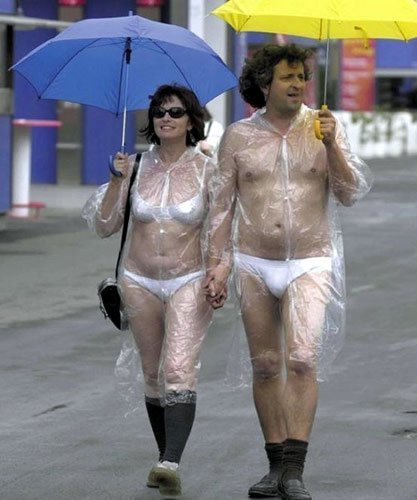 ...It looks like that guy is concealing some sort of package under his briefs.

I am almost always pulled out of the line for "random screening", AKA groping.