I was in Dawson City last week. On the drive back I saw a sow bear and her two cubs. Wouldn't you know it, I didn't have a camera.

If I had had a camera, I would have taken pictures of the queerest sight I ever did see. Near Rock Island Lake along the North Klondike Highway, there was a row of spruce trees. That, in itself, is not strange at all - but out of the top of each spruce tree was a plume of something that had the consistency of smoke but the swirling and dancing motion of streams of northern lights. A closer look and I realized that the smoky, swirling streams coming out of the tops of the spruce trees were clouds of insects. I'm not sure what kind. I've never seen anything like it.

Man, I wish I'd had my camera.

Since I don't have any new pictures to post, I thought I'd post some more from my recent trip back from Beaver Creek. Actually, I'm doing it because my dad wanted to see more. My dad never says anything about my blog, so how could I not?

All of these pictures were taken in the Kluane Lake area. 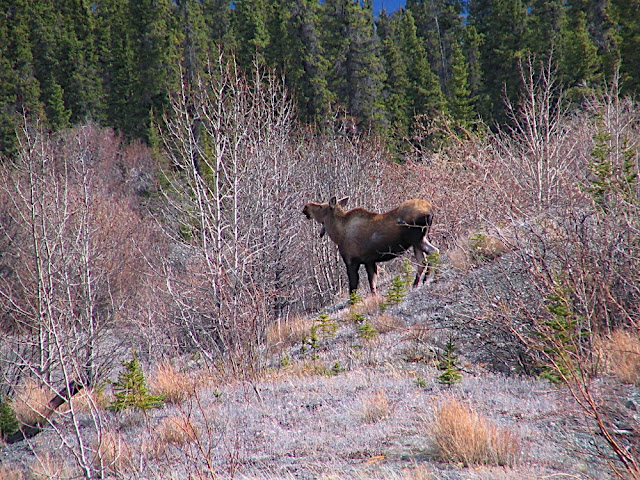 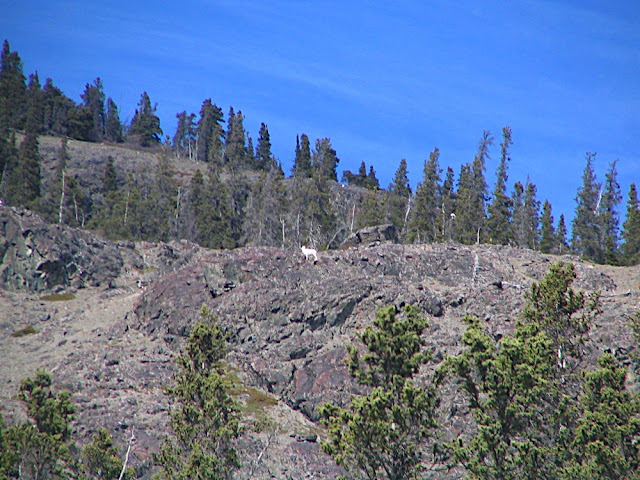 Yet another sheep on Sheep Mountain. 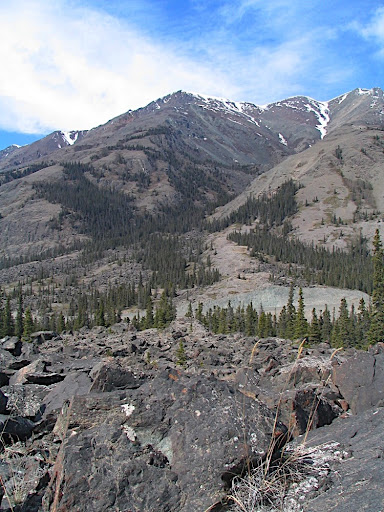 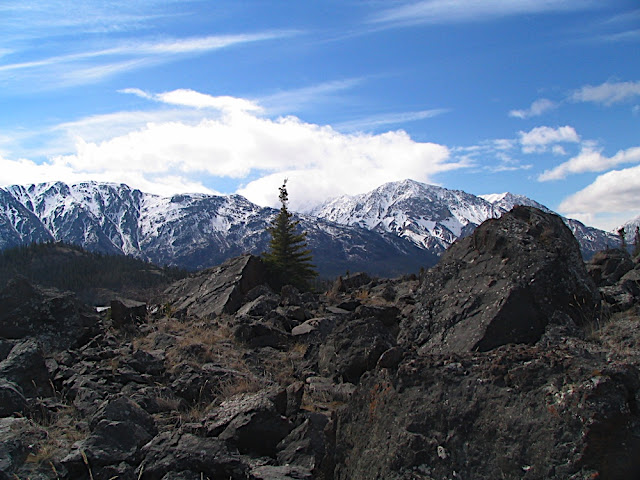 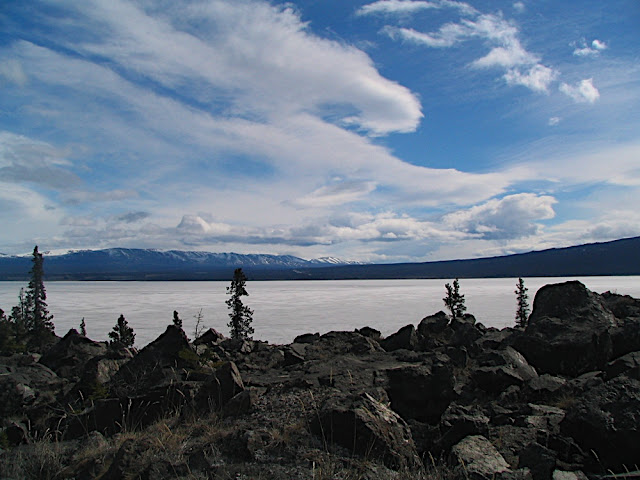 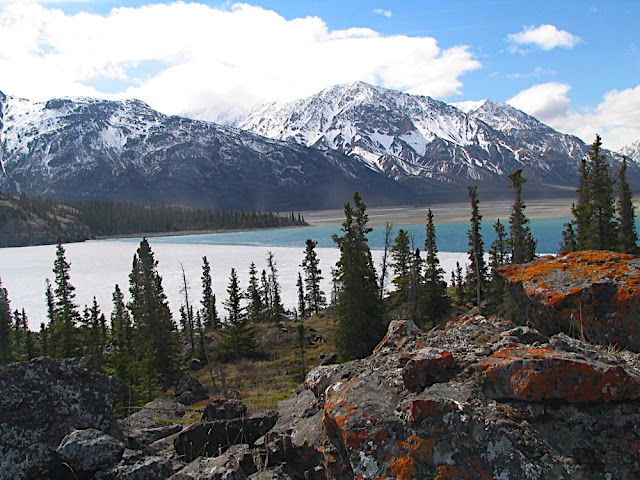 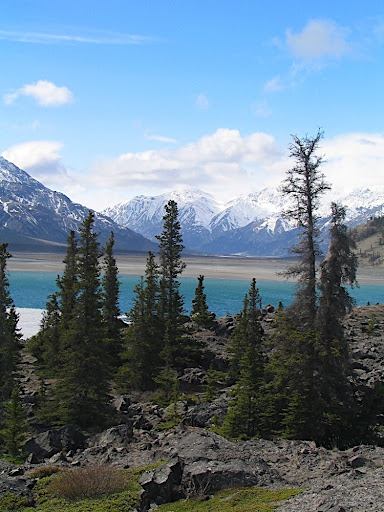