As a parent, I can think of few things more horrifying than losing your child.

Jade was always a bit of a wanderer. When she was two, she would wander off into the trees, investigating berries, spruce cones, and other woodland goodies. Of course, we had to keep a very close eye on her.

I mentioned this to Elsie Marcellais, an elder in Nahanni Butte. She told me that, when her kids were toddlers, she used to put a ring of spruce boughs, prickly-side-up, around her barefooted babes. Because the kiddies didn't want to walk on the prickly - but otherwise harmless - spruce boughs, she had created a cheap and effective playpen.

Yesterday, a vacationing family that was camped along the North Canol Road experienced the nightmare of losing a child first-hand. At around 18:00, their two-year-old child disappeared.

I will attempt to share the story as I heard and witnessed it. Please forgive me if I get some of the details wrong. It has been a long day.

The child's parents recruited some nearby campers to help with the search. The neighbouring campers were missing their dog. Could the two be together? They searched, but it proved to be fruitless.

I can only imagine what was going through the mother's mind at the time. The night was cold and wet and the terrain in the area is rough, covered in thick willow patches. Most adults wouldn't make it through the night before succumbing to hypothermia, let alone a two-year-old child.

That night, the mother drove to Ross River to alert the RCMP. The Search and Rescue system snapped into high gear. RCMP specialists, including a tracking dog, were flown in. Search and Rescue teams were mobilized. The Rangers and other Ross River residents provided support.

I was part of the third wave of Whitehorse District Search and Rescuers mobilized for the search. First we flew in the RCMP's Twin Otter from Whitehorse to Ross River. Then we were driven 75 kilometres up the highway to the search location.

By the time we arrived, the child had been missing for over 24 hours.

Within moments of our arrival, there was news. They had found the child.

One of the WDSAR team members had spotted a small but inconclusive footprint that looked like it might have been made by a child's boot. The search focused in on the new area. A helicopter equipped with FLIR picked up a heat signature (the dog), which focused the search even more. When one ground team finished searching a grid, a new team resumed the grid.

Ryan Martin, one of my teammates from the 2007 Yukon Adventure Challenge and a fellow WDSAR member, was driving down the North Canol on his way home from work when he learned about the search. Ryan was working near the end of the search line when he spotted a dog, outside of the search pattern. Soon after, he spotted the child and the news was radioed out to the search teams.

Laura, who had spotted the footprint and who had been a part of the exhausting search since the morning, was standing beside the mother when the news came through. She said the look on the mother's face made it all worthwhile. 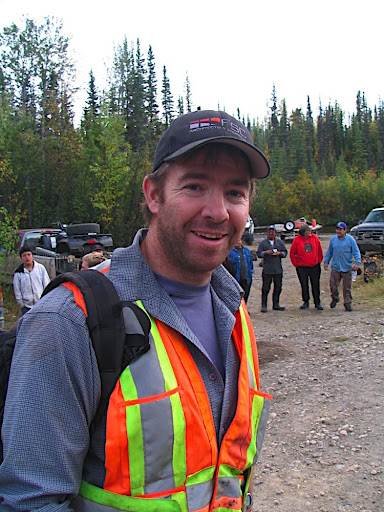 Ryan Martin
The dog, who had to have some porcupine quills removed from his snout, was received with a hero's welcome. The child was well dressed, but some have suggested that the child and dog cuddled together to keep warm.

The dog's owners didn't take their dog back. Instead, they gave him to the child's family. 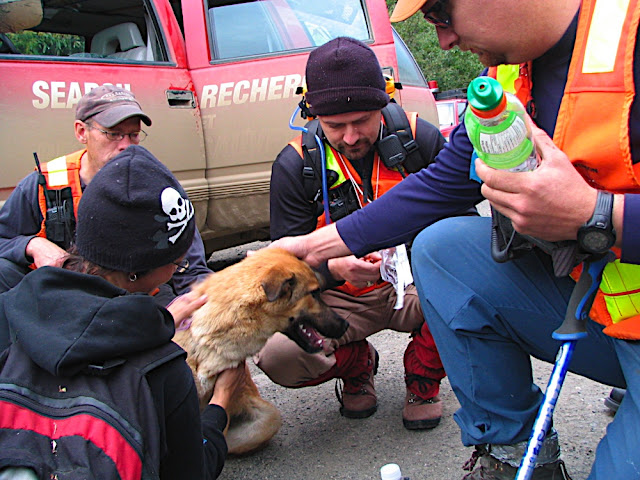 The dog.
Some of the WDSAR team made it back to Whitehorse tonight, while others are spending the night in Ross River, tired but happy.

As for me, it was my first WDSAR search: I travelled a great distance and never actually got to search. Am I disappointed? Not at all.

The child was found - alive - and that's what it's all about. 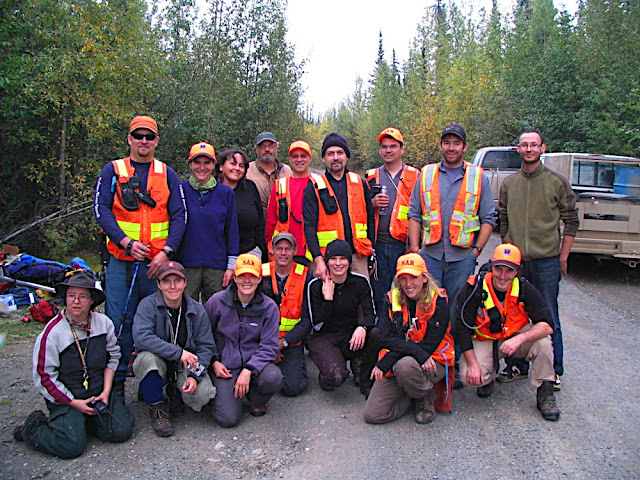 Email ThisBlogThis!Share to TwitterShare to FacebookShare to Pinterest
Topics: WDSAR

Huge round of applause for all of you WDSAR and volunteers from Ross! I didn't even hear about the search efforts until I made it over to Kara and Matt's early this evening .. but I have been "glued" to the screen watching for updates.

Glad to hear that they young guy made it through the night ok.

Wow. Great to hear that it ended happily. Good on ya for throwing your hat in. I love the fact that the dog owners gave the dog to the family of the missing child.

Thank Goodness it ended on such a happy note! I can't imagine what the parents were going through.

Wow thats so great that they found the child safe and sound. We had heard the news of the missing child over in our part of the world!

Finally, a missing child story with a happy ending (I first heard of the story on the Globe and Mail site last night). I join the others in thanking and congratulating the entire WDSAR team. I'm very glad you're all at the ready when any one of us steps off the beaten path.

Thank you so much for posting this. I have been thinking about that little one! I'm so glad there was a happy ending to this story.

Michael, I am so relieved. I have been thinking about that poor family ever since I heard about the missing child. Our oldest son went missing for all of 10 minutes when he was two and it was the longest 10 minutes of my life.

OMG! this story had me in tears of worry and fear when I first read it and today the tears were joyous. Thank you to all who searched and prayed for this Baby. Ryan GREAT job.

Thanks for this posting, especially the photos.

This story gave me goosebumps. I can't imagine the parents' feelings, especially when the little one was missing for so long. This little boy is going to have quite the story to tell his kids and grandkids. And, aren't dogs fantastic?? True best friends.
Mom

Just reading this brought tears to my eyes...I couldn't imagine what that mother went through, but I can imagine that it was as close to hell as one can get to alive. I'm so glad that it has a happy ending, and it is due to people like yourself who are willing to go out of their way to assist complete strangers in need...thank God for that!

We heard the story too all the way here in Virginia.

I also am guilty saying wth? But glad the toddler was found and wanted to see the hero dog for myself

A wonderful end to what could have been such a tragedy! Congratulations to all for a fine job, and a very heartwarming story!

I wasn't crying, until I read about the dog's owners giving the dog to the family. OH my gosh. I had that happen to me when my child was three. We found his tricycle next to the docks overlooking the water. Our docks have NO siderails. We found him eating pancakes at an elderly lady's house. She spoke little english and said in our native language that he came over and said he was hungry. Thank God their child was OK...