Don't get me wrong; I'm not complaining. I'm not complaining one bit. We have an incredible arts centre, an amazing sports and recreation facility, a hotsprings, three fantastic museums (I might be forgetting about one or two), an astounding cross-country ski system, biking and walking trails, a downhill ski hill, dog mushing, horseback riding, canoe and kayak rentals, just about every arts, sports, and service group you could imagine, and more.

One of those "more"s is the Yukon Wildlife Preserve. The Preserve is like a zoo, only better. In addition to displaying and educating people about northern wildlife, it rehabilitates animals and, whenever possible, reintroduces them back into the wild.

This year, we bought a $50 family pass. The pass gets us year-round access to the Preserve, which makes deciding where to go for a morning walk with the kids an easy decision. 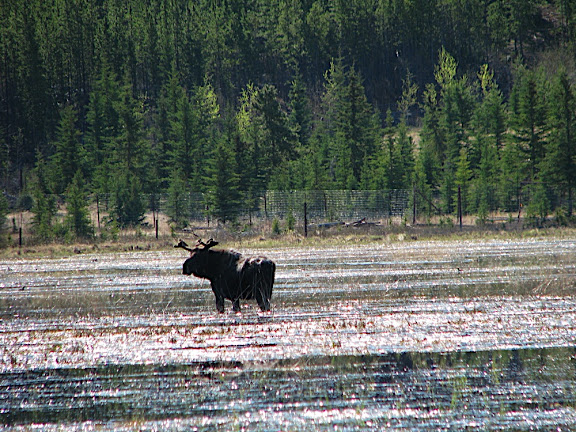 Moose in the marshy meadow.
Sometimes, the animals are shy. Sometimes, they have no qualms about approaching the fence. On our most recent trip, as we walked along the figure-eight loop, a bison came gallumping towards us, shorting and grunting and obviously warning us away. We couldn't figure out why until we say the tiny bison calf that was hiding behind the fence, trying to stand up.

The thinhorn sheep weren't shy at all. 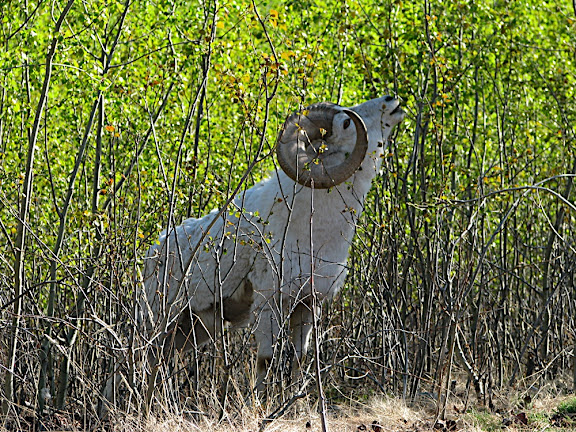 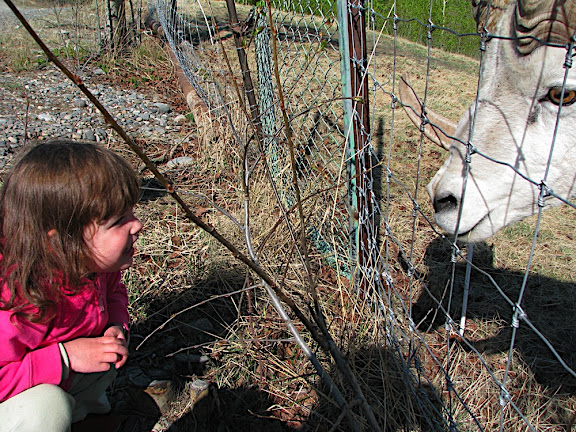 How do you do? 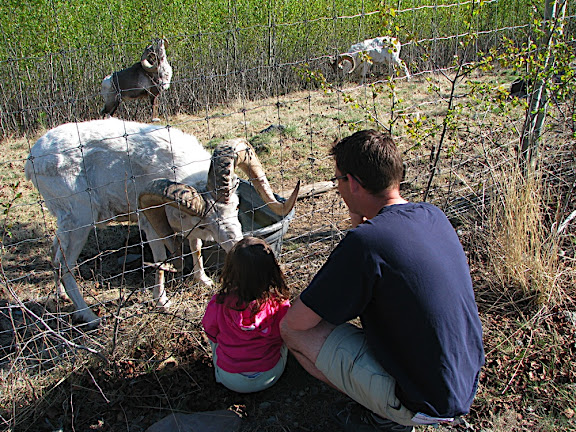 Really not shy. (Don't worry, Jade wasn't as close as she appears to be in this picture.) 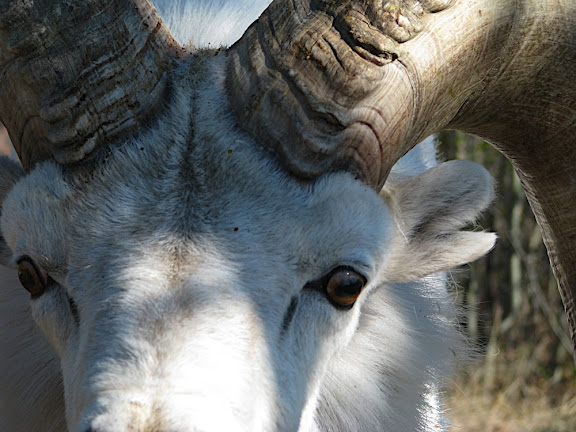 Close-up (See the lumps on the horn? Those mark the sheep's age.) 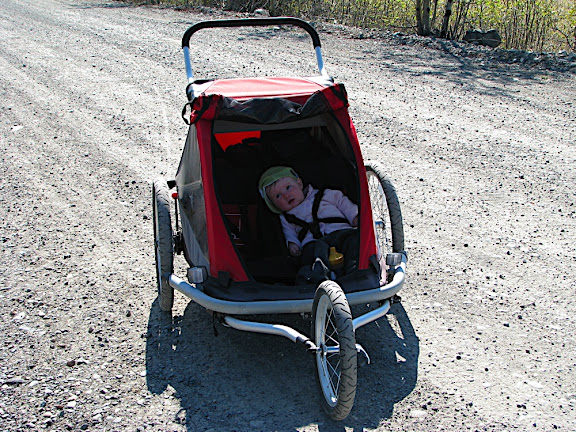 Halia watched all of the sheepy goodness from the comfort of the stroller.
There is an antler collection near the goat and sheep area, with a nifty collection of mule deer, caribou, moose and elk antlers. Some of the antlers are heavy. It's hard to imagine growing them on ones head every season and then carrying them around until they fall off. 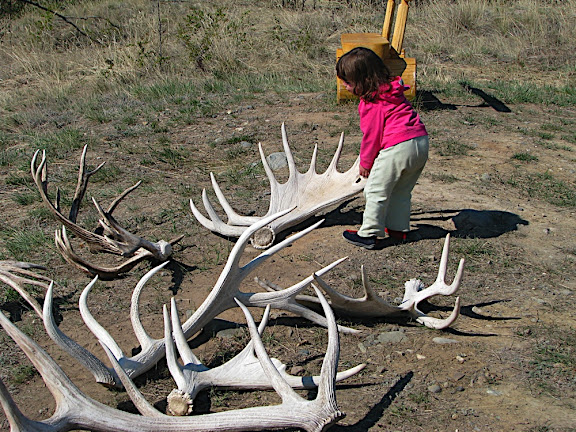 Jade discovers that she is not yet as strong as a moose. 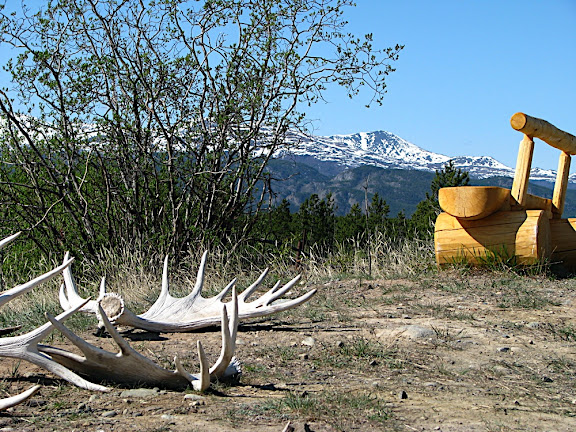 There are ample rest areas around the preserve where it's possible to relax and enjoy the animals and the views, or to sit down and have a picnic.
After investigating the antlers, we moved on to the mountain goats. 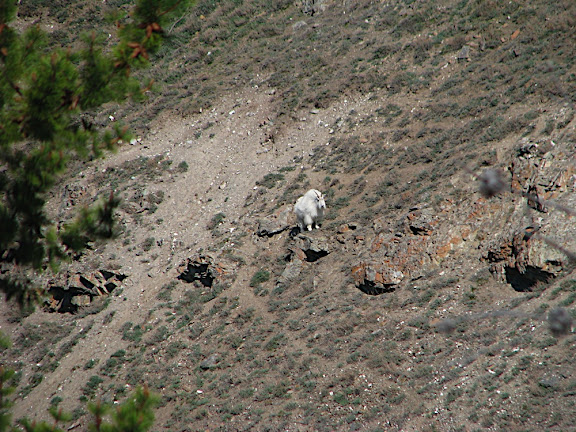 Mountain goat.
As you can see by the upturned tail, the goats weren't as bold as the sheep. 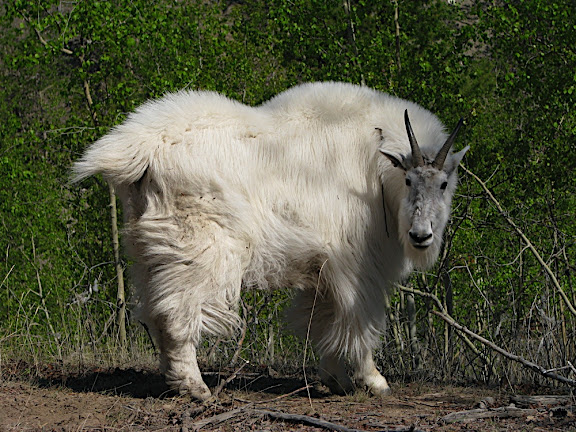 Shyer than the sheep.
Of course the ground squirrels (aka "gophers") were all over the place and are a great source of entertainment as they dash across the road with their tails pointing straight up. 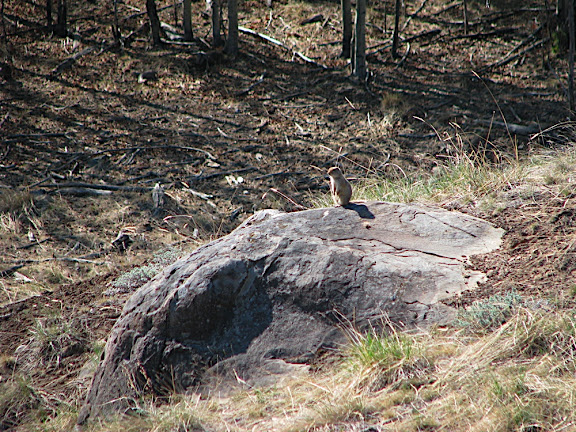 King of the Hill
Down the hill, we passed caribou, more goats, and the future home of the lynx.
While it's hardly their natural habitat, the preserve cares for a herd of musk-oxen. Judging by the number of babies, it must be a healthy little herd. 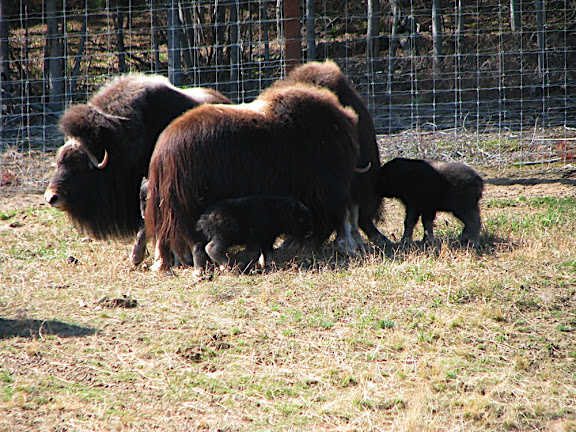 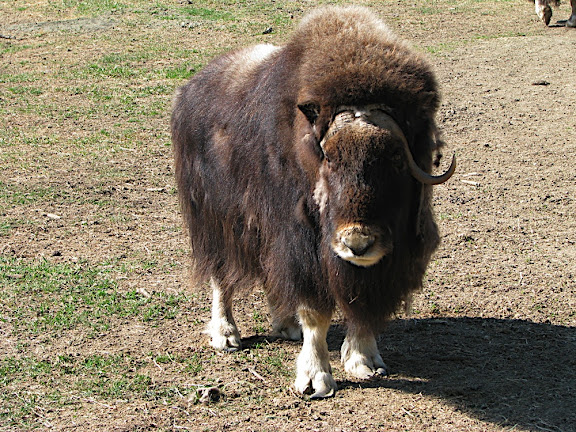 Ol' One Horn.
Yes, with the assistance of a good walking stroller, the wildlife preserve is a great place to spend a morning with the family. It also has the best deal on Drumsticks and ice cream bars around! 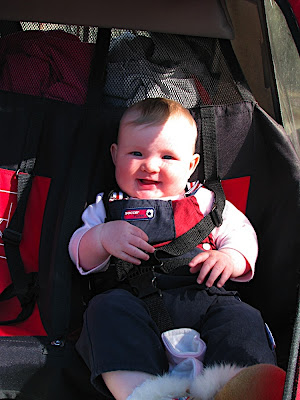 What amazing animals! I've always LOVED moose and mountain goats. I don't know why. And, I can't believe how enormous those antlers are!

Such a wonderful experience for the girls. They'll grow up to be animal lovers which is a GREAT trait in my book!!