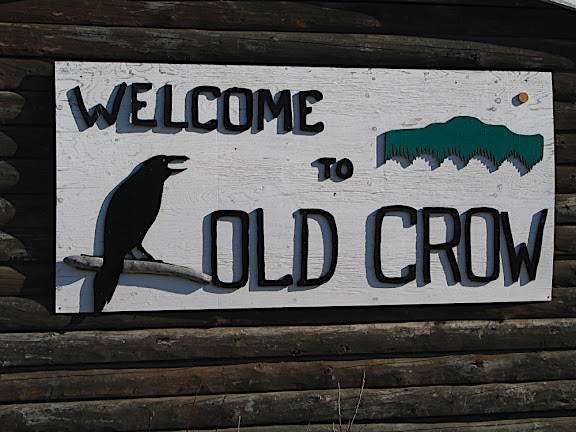 I'm in Old Crow right now, where I am constantly being amazed by the scenery and the hospitality of Yukon's most northerly community. I'll be making lots of other posts about my time here - and there will be lots of pictures, too - but for now, I'd like to share just a few of the signs I've seen around town.

Old Crow (and the surrounding area) is the homeland of the Vuntut Gwitchin. 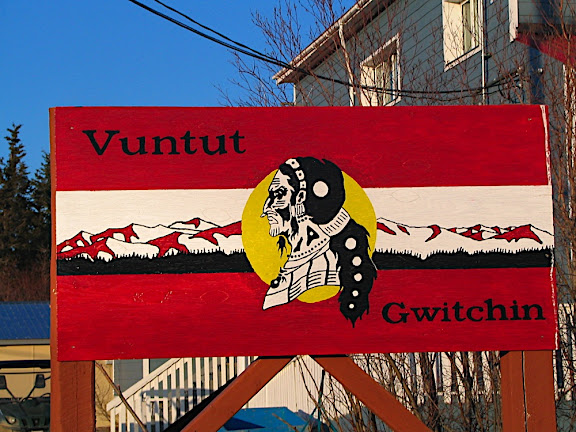 Compared to most northern airports, the Old Crow Airport is incredible. There's a large terminal building, lights along the runway, a good, long gravel strip (soon to be extended to accommodate 737s) and a fence surrounding the airstrip. I'm not posting this picture because there's anything extra-special about the sign, however... 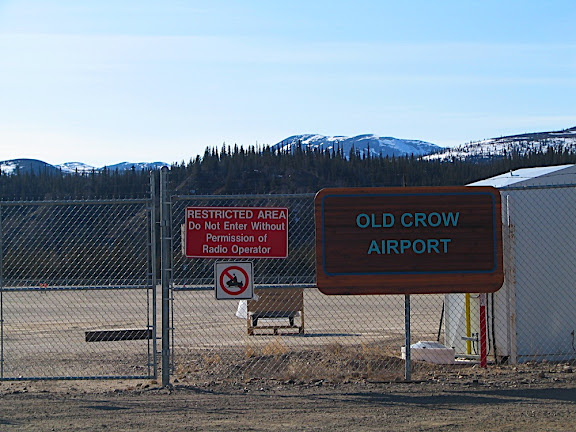 I'm posting it as a tie-in for this sign, which is along the road near the west end of the runway. 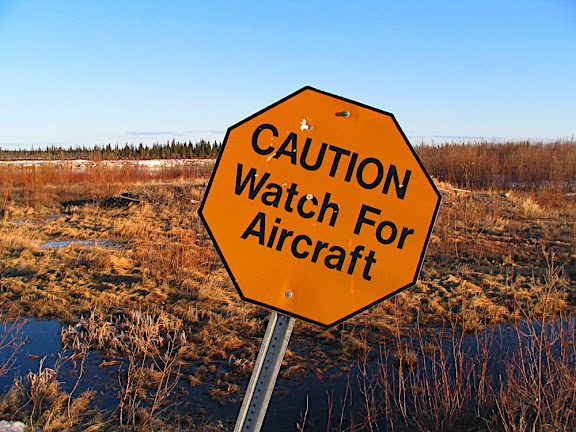 Did you notice the bullet hole? Shooting signs is an old past-time around the world. Shooting signs near an airport takes things to a whole new level. I'm hoping the shooter wasn't there to watch for aircraft.

Speaking of taking things to a whole new level, I find this sign a lot more effective than those "Slow Children Playing" signs. I mean, seriously, what right do they have to label those children as "slow"? 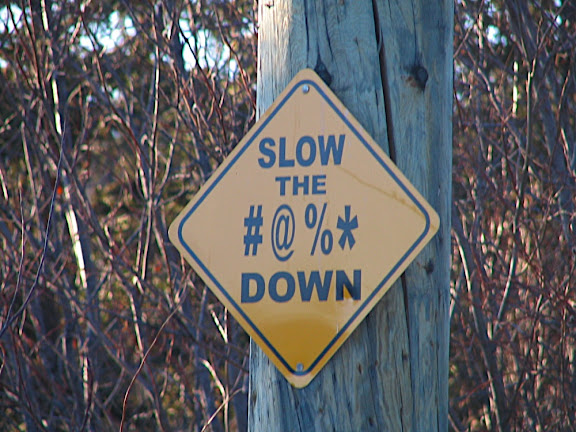 I saw this sign half-way up a mountain at a bush camp, along an otherwise bare road (sort of a "road to nowhere"). Did I mention that I'm in Vuntut Gwitchin Traditional Territory? 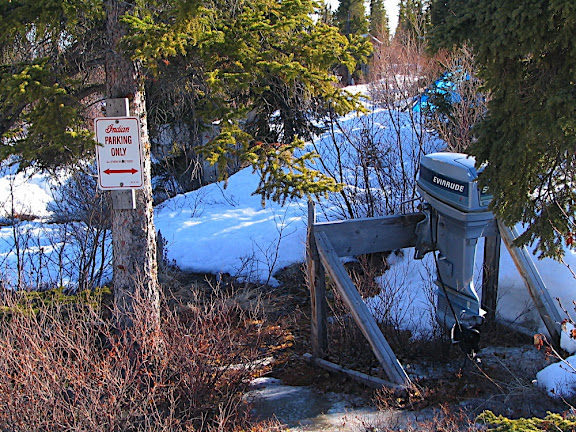 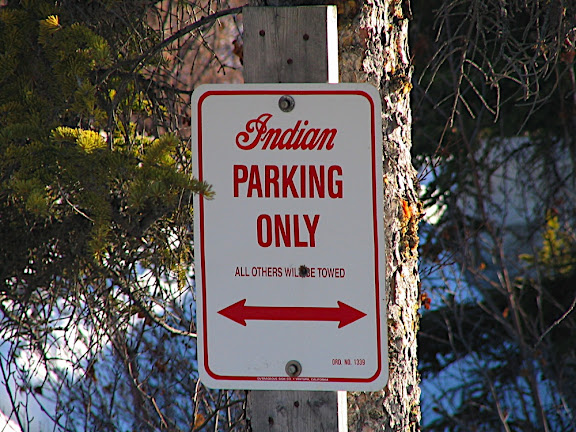 Later in the evening, I met the sign's owner. Yes, he has quite a sense of humour.

Haha, I love that SLOW sign!!! And the last one. Great new background pic too, thx for sharing!

I love that "Slow" sign, too! I need one for my street!! They sure do have a great sense of humour in Old Crow. (I'm sure you fit in quite nicely:) Have a nice trip.

I like the background picture, too. Are those animal horns nailed to a cross?

I love watching for signs...there are some amazing ones out there. My favourites that I have seen are a "mermaids x-ing" sign out on the coast and a "Visitors and crinds must remove their shoes" on a temple in india. That was 25 years ago and I am still trying to find someone who can tell me what a crind is!

I took the background picture from the top of Crow Mountain last night. There used to be a tower up there, but the foundation of the tower has been turned into a landmark, sort of like a rock cairn that you find on the top of many mountains. Attached to it is a caribou skull. I'll be making a posting on the caribou (not that particular one) later.

I like the new profile pic! The lighting is great and you look like an adventure guy. Nobody would believe you don't get to go camping every week. ;)