It's the 11th longest river in Canada, yet few Canadians know it even exists. The Liard River drains approximately 277,100km2 (106,989 sq. miles) from two provinces and two territories.

If the rivers were the highways of the fur trade, the Liard above the Fort Nelson River was the equivalent of a logging road - useful, but rough and slow. "Early-day voyageurs feared the Liard, and with good reason: more than twenty boatmen are known to have perished on its waters during the fur-trading era. The Hudson's Bay Company had difficulty finding paddlers and interpreters who were willing to travel up the brawling waters of the Liard to reach trading posts in the Yukon interior. Voyageurs had to negotiate such obstacles as Hell's Gate, the Grand Canyon of the Liard, the Gates of the Damned, and Devil's Portage. To bypass the most dangerous rapids, they used overland portage routes, carrying enormous bales of trade goods and furs, as well as their heavy canoes, over steep and winding trails."

The 30km (18.6 mile), Class IV and worse, rapid-strewn Grand Canyon of the Liard could not have been an easy portage. In nearly all sections of the large river, the water is fast, cold, and strong. The banks are either strewn with mud or steep rock ledges. The occasional gravel bars must have seemed like islands of paradise to the men who hauled the heavily laden canoes upstream.

One of their portages along the way to the small trading posts up the river was at Cranberry Rapids. Hitting the sharp shale rock with just about any boat, let alone a birchbark canoe, would have been catastrophic.

In several places, the Liard River and Alaska Highway meet. During my drive along the highway last week, I stopped to take the following pictures of Cranberry Rapids. The spring flood has yet to arrive, exposing the sharp, rocky riverbed, but also taming many of the wild waves that are characteristic of this stretch of the river. It is not a place where you would want to go swimming, for sure. 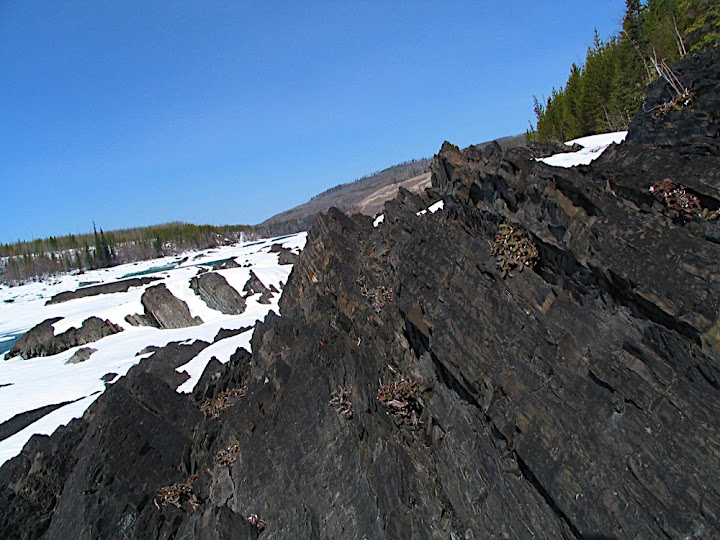 Sharp rocks along the shore. 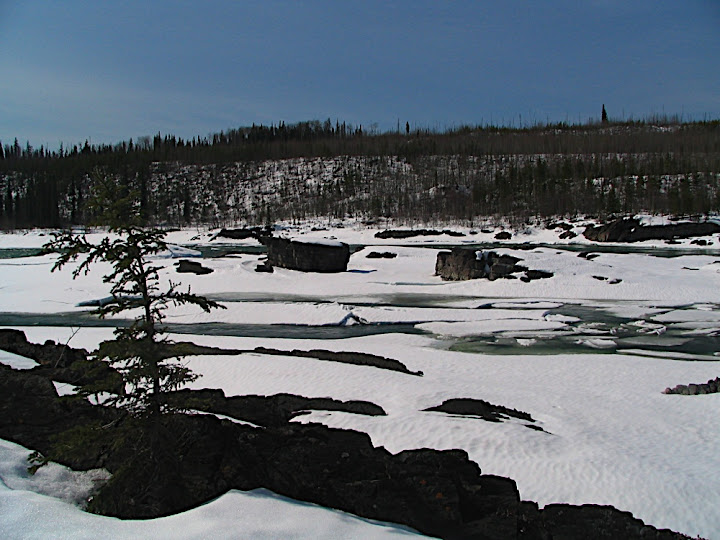 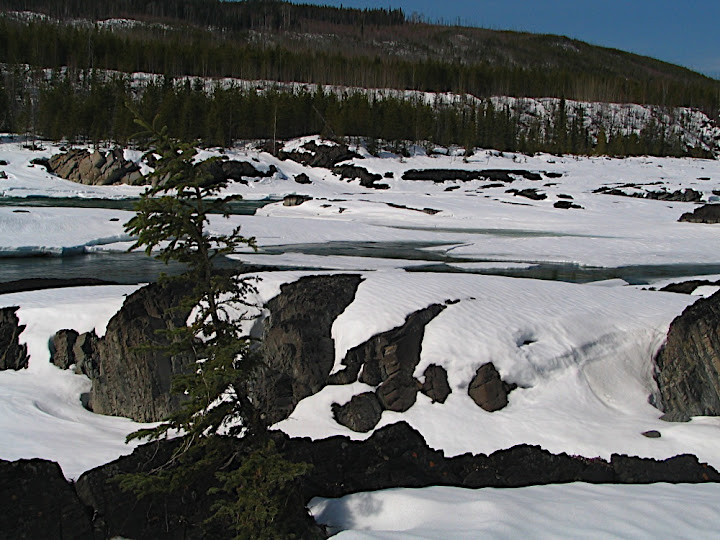 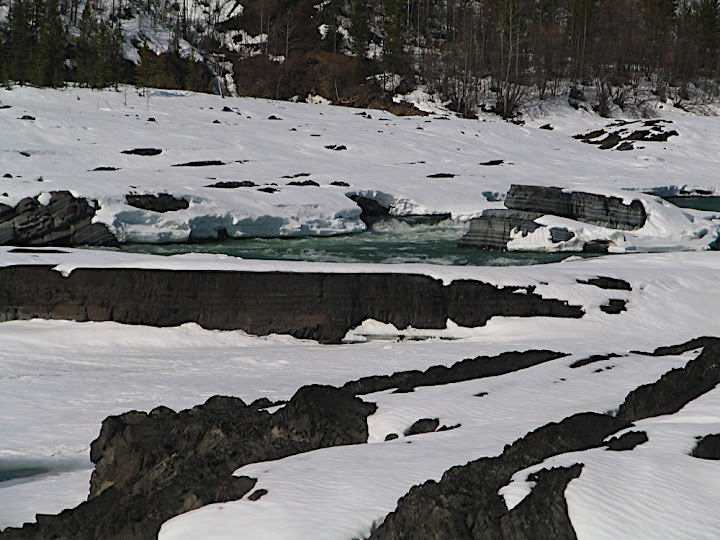 ...but there are still some powerful currents. 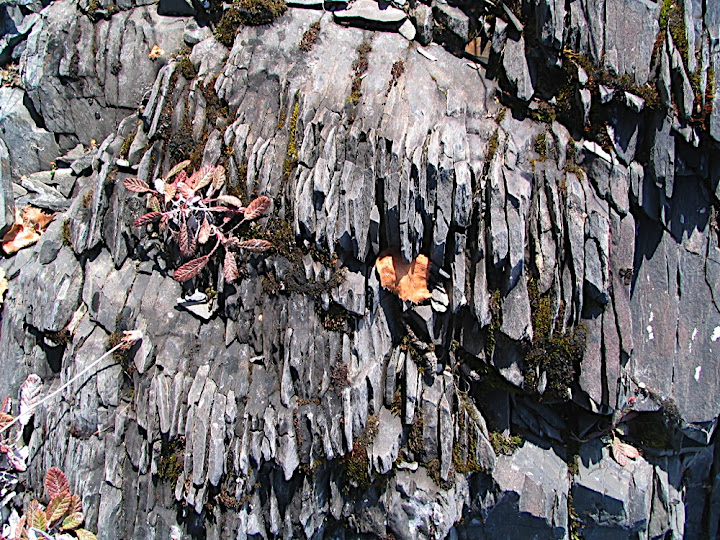 More sharp rocks along the shoreline. 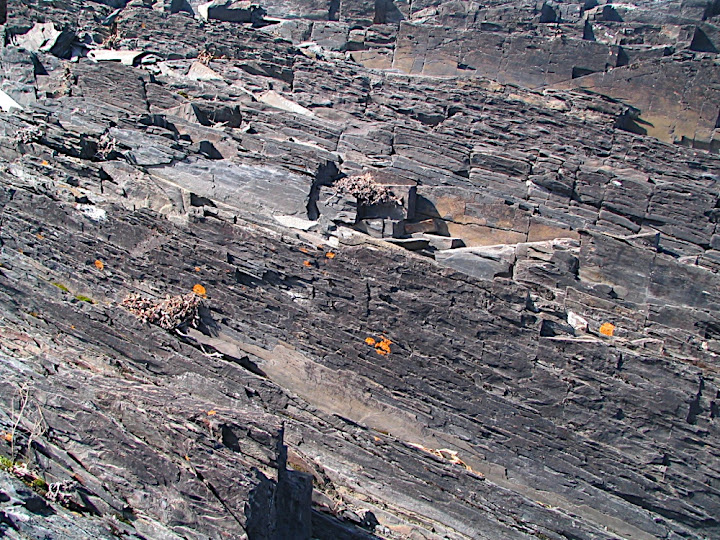 Unfortunately, this picture doesn't clearly show the series of two-foot-high razor-sharp stone ridges. This would normally be lurking underwater in the summer months. 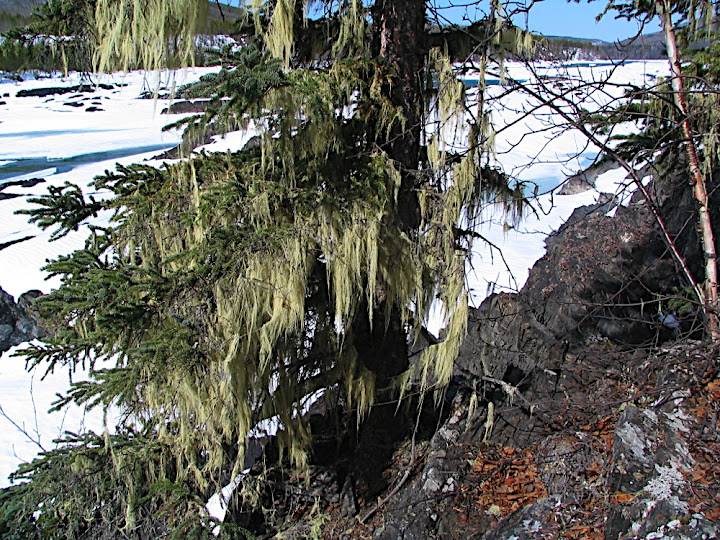 Healthy moss growth on a tree along the riverbank.
Today, kayakers and adventure paddlers with ABS and other high-impact plastic boats play in the Cranberry Rapids. I've paddled the Liard from Fort Liard to Fort Simpson (pictures can be found here). Eventually, I'd like to paddle the rest of it, including the Cranberry Rapids... but I think I'll portage around the Grand Canyon of the Liard.