It seems like everyone wants to know what Old Crow looks like but, quite frankly, it's hard to describe. There are lots of log buildings and very few vehicles (other than four-wheelers, the water and sewer truck, and the RCMP truck). Oh, and there are caribou and moose antlers everywhere.

Here are a few shots from around Old Crow but, really, you should come and see it for yourself. 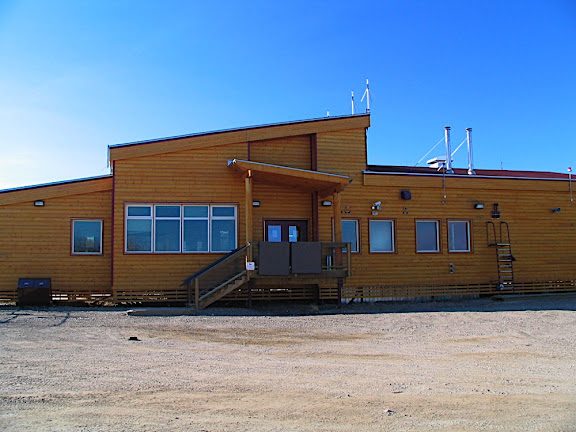 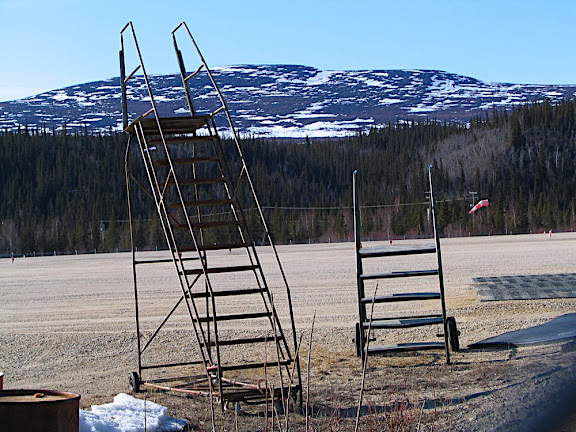 Boarding ladders for the larger aircraft. 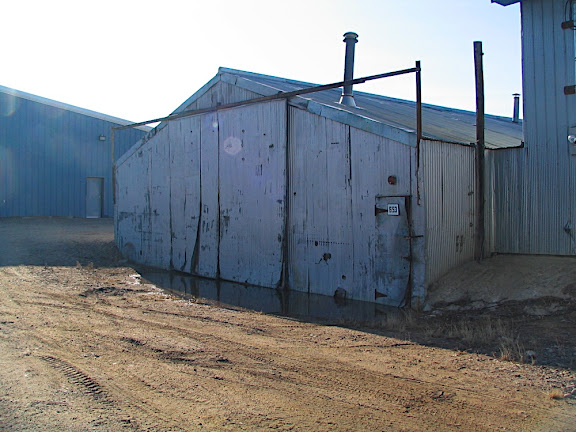 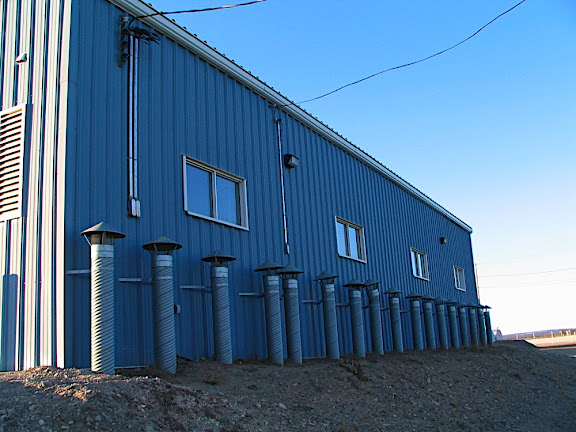 Apparently, there were fuel tanks under this building. Whoever installed them didn't realize that the permafrost would crush the tanks. Eventually, the tanks were drained and filled with concrete. The posts along the side of the building were vents for the tanks. 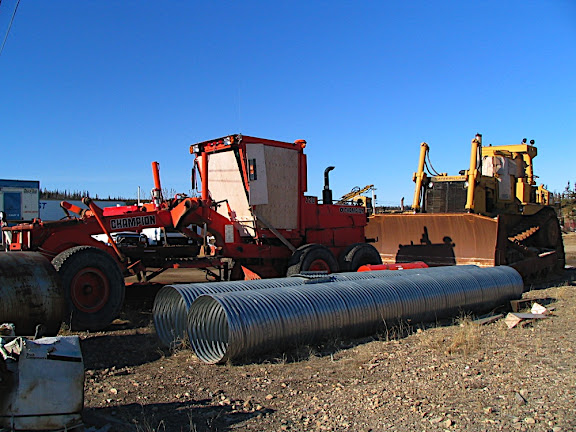 Heavy equipment in storage mode. The plywood ensures that mischief-makers don't break the glass. I have noticed that things get taken care of really well in Old Crow. 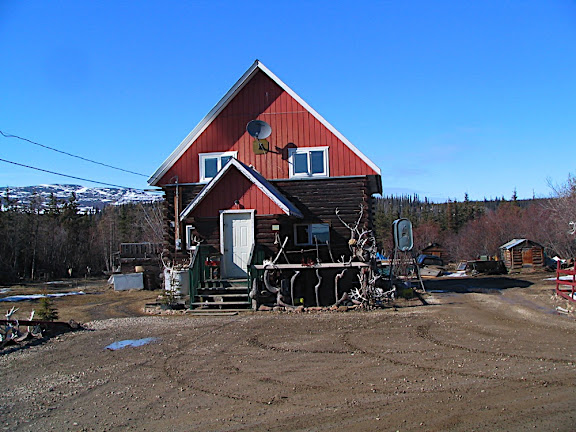 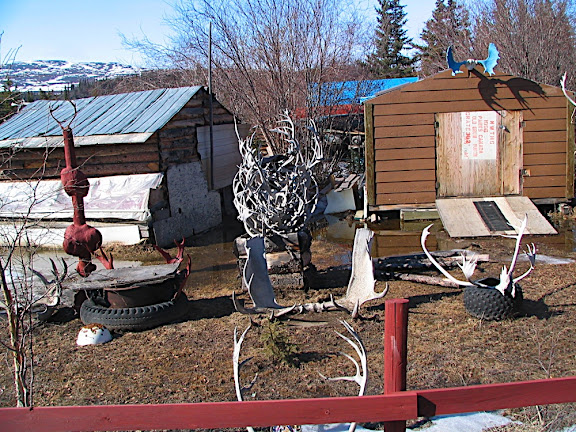 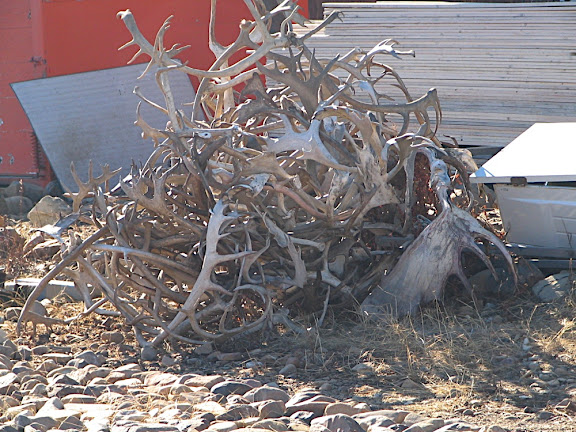 A bundle of antlers (a very common sight around town). 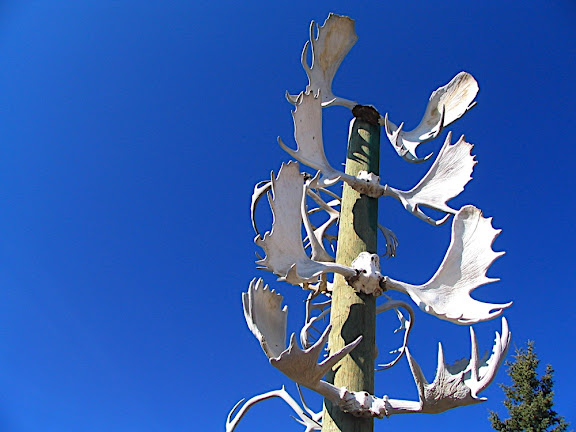 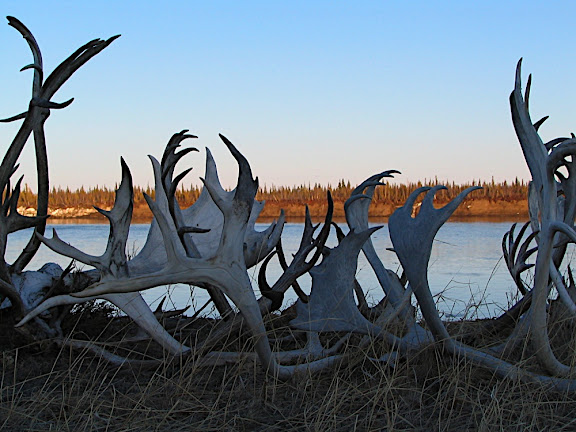 An antler fence that was built along the river.
As you may be able to deduce by the prevalence of antlers around town, the caribou are very, very important to the community. The Vuntut Gwitchin have been leaders in the fight to protect the Porcupine herd's calving grounds from oil and gas development. The fight has been taken right to the White House.

Heck, even the spring festival is named after the caribou. Caribou Days is a chance for everyone in Old Crow to celebrate spring and the return of the caribou. Games like archery,"pop runs", and balloon popping competitions are part of the fun, but so are caribou skinning and hide tanning demonstrations, a "most impressive antler" contest, an art competition (all about caribou, of course) and an essay writing competition (about, surprise, surprise, the caribou). There is a feast for lunch and dinner every day and everyone is welcome. I, certainly, have not been hurting for food. 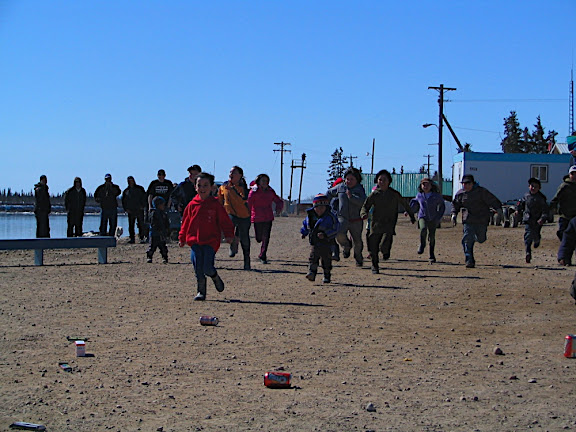 The "pop run". The rules are simple: run as fast as you can and collect as many cans of pop as you can. 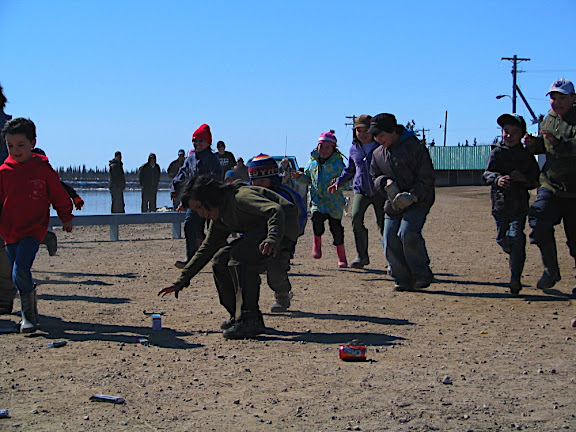 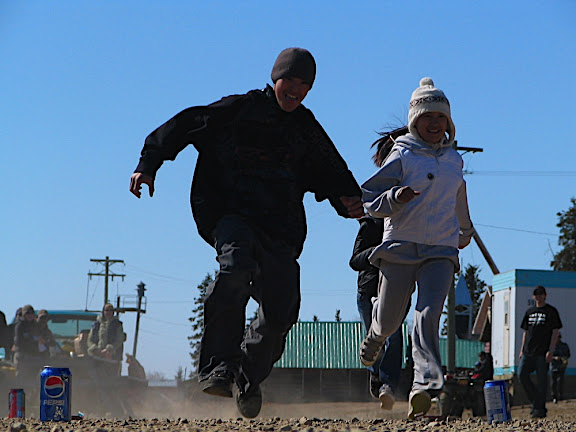 The young adults and big kids have a turn. 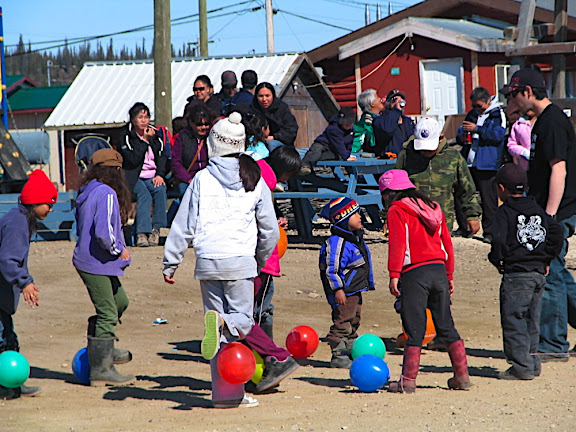 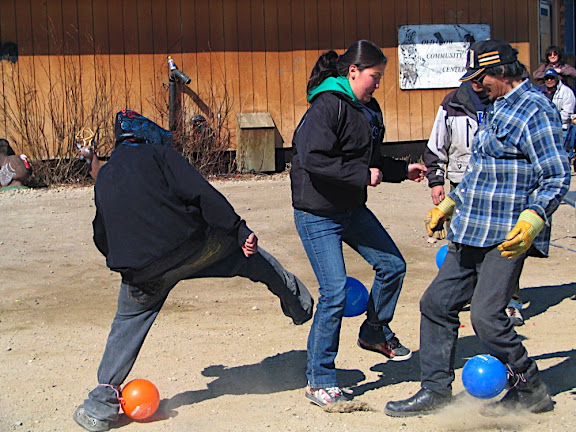 The adults played, too. There were over twenty participants, many of which were taken out in the first two minutes (including me) by balloon-popping assassin, Allan Benjamin (plaid jacket). 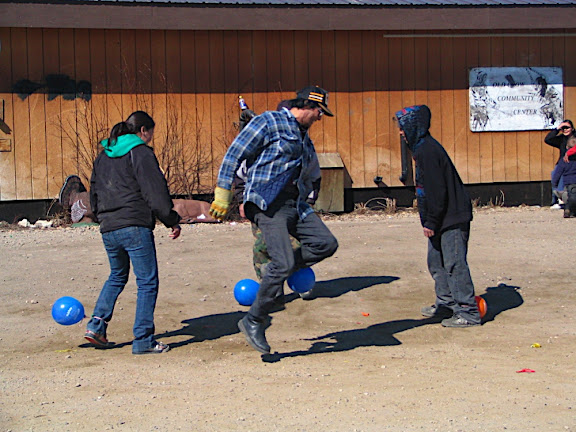 Allan floats through the air, ready to pop yet another balloon.
It's great to see how close-knit Old Crow is. The community really comes out and gets involved. I have felt very welcomed during my all-too-brief visit. 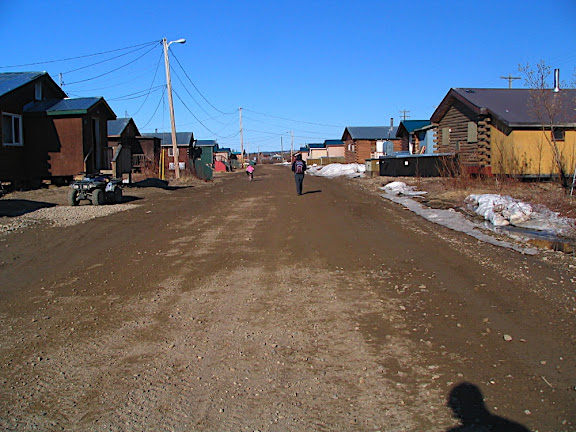 An evening walk through town.

I loved Old Crow. I wish I could go back.

I must say I've really enjoyed your last few posts on Old Crow. It was, and continues to be community I'd love to experience if a teaching spot ever opened up there.

Are you sure those are fuel vents? I think that those are ventalation pipes that help to maintain a constant temperature beneath the building, thus preventing shifts in the foundation.

Hi Cud, I thought it might be something like that. The fuel tank thing was something that someone there told me about.