I have a friend who is a die-hard bargain hunter. He'll spend hours and hours shopping around on the Internet to save, sometimes literally, a few pennies. No matter how much he despises a store, he'll shop there there if it means saving a dime or two. It doesn't matter if it costs a dollar more in gas to get there; it's the principle of the thing. He knows what everything costs, everywhere.

Usually, I think he takes things too far, but it's sort of like his hobby so I don't bother him about it too much. He's a great resource; If you want to know the cheapest place to get something, he knows, and if he doesn't, he'll find out.

He's the one who turned me on to purchasing my car out of the States (which saved me upwards of $10,000).

A couple of years ago, Fawn and I bought a new washer and dryer combo from The Brick. Even after The Brick's bogus "northern shipping" charges, they were still a pretty good deal.

At some point, Fawn and I wanted to redesign our laundry room. We had planned on saving some space by stacking the machines, so we made sure that we got a stackable set. Afterwards, we learned that we couldn't stack the machines without a stacking kit.

Fawn called The Brick and was told that a stacking kit would cost us $40.

I decided to take a lesson from my shop-around friend and did a little research of my own. I went to the manufacturer's website and followed the link to their parts suppliers. I called one of the part supply companies in Alberta and the conversation went something like this:

"Hi, I need a stacking kit for washer and dryer model numbers XXXX-XX-XXX."

"There wasn't one included in your instructions for the machines?"

Hmmm...it should have been included in the instructions."

"Is it possible to order one?"

"Are you sure that's the right one? The Brick wants to charge $40."

"We'll, it'll be more with the shipping... I don't know why they're charging that much, it's only a couple of metal brackets."

I asked if he was sure. He was. I ordered the stacking kit.

Yeah, sometimes it pays to shop around. 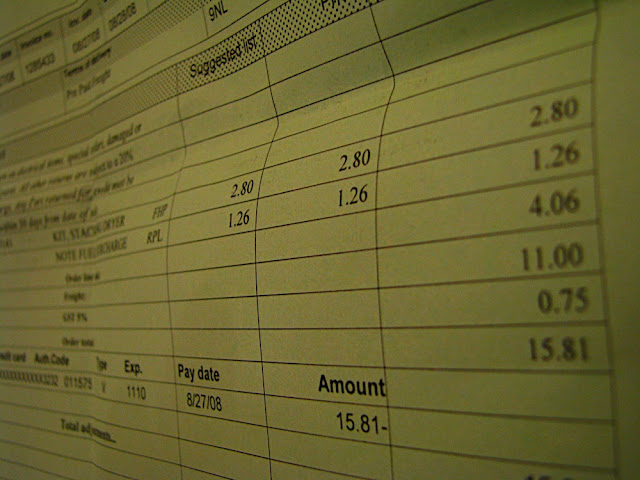 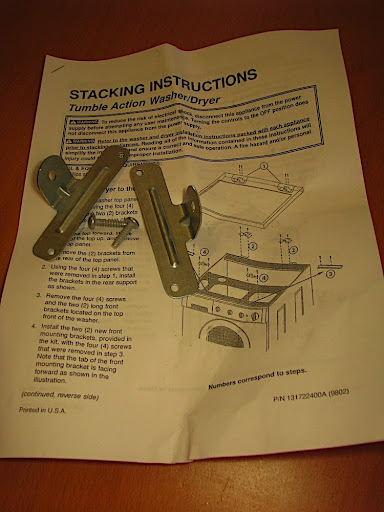 My favorite Brick scam -- er, sales tactic -- is the $80 bottle of spray that you have to buy or they won't honor the warranty on a mattress. Which is probably illegal and BS, but they seem to get away with it.

$80 for a bottle of mattress spray?! WOW! I wonder what this magic spray does that somehow keeps it warranty-worthy...

Maybe they should consider changing their name from The Brick to Scamorama!

We just bought our HD TV from The Brick. They were the cheapest place in Whitehorse ($500 more than you can get it for in Grande Prairie), but the "must-have" stuff they try to add on is outrageous - warranty ($500) and Monster cables ($70) and a receiver that we bought and then took back when The Source had 2 receivers for the same price, etc, etc.

I guess "Nobody beats The Brick" for outrageous add-ons!