If I had known about the Degree Confluence Project and if I had owned a GPS when I lived in Fort Liard, NWT, I would have visited N 60o W 123o sooner. I was in the area for the Petitot Gathering - a summer gathering for the local First Nations people, industry, government, and anyone else with an interest in the area.

While I was there, I took a morning to visit the confluence. With my canine companion, Nanuq, we followed the 4-wheeler trail from the Petitot Gathering site (near the Petitot River Bridge on the Liard Highway), downstream along the Petitot River, as far as Maxhamish Creek. 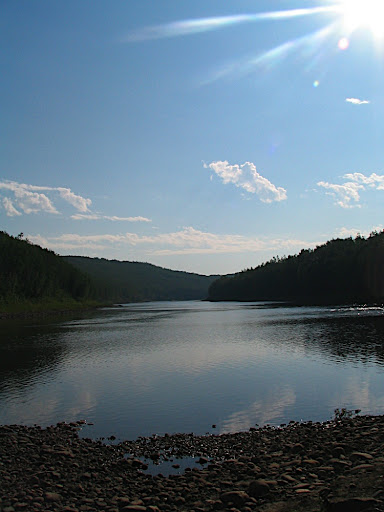 Looking upstream at the Petitot River from Maxhamish Creek. 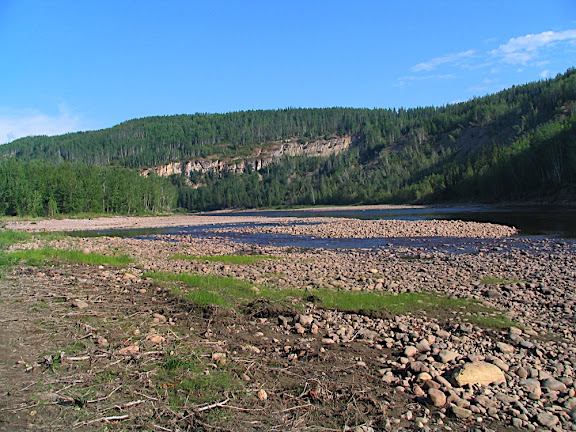 Maxhamish Creek, where it flows into the Petitot River. 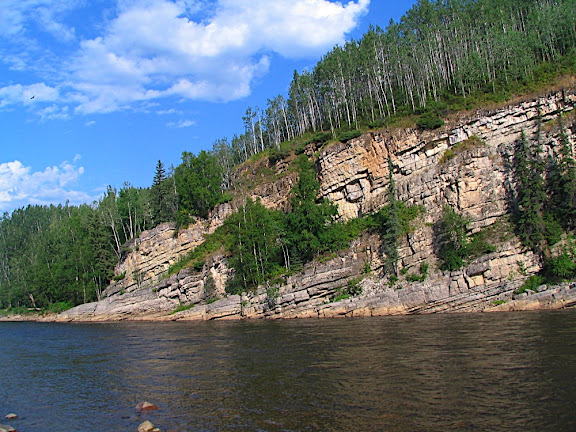 One of many cliff faces along the Petitot River.
We waded across the creek and continued along the south bank of the Petitot, where we saw some wolverine tracks in the sand. When we approached a drunken forest and steep bluffs, I attempted to wade across the Petitot. Near the base of the drunken forest, a small, naturally-occurring oil seep ran into the river (The main industry in the area is natural gas exploration and production). 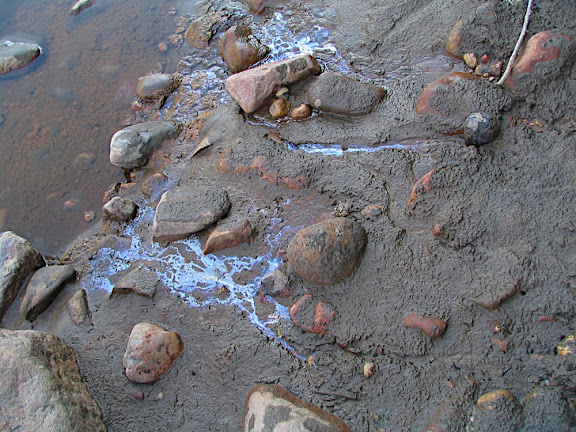 Seep.
The river level was low, but not yet low enough to cross to the opposite, walkable bank. Instead, I cut upwards through the drunken forest to the plateau above the river. 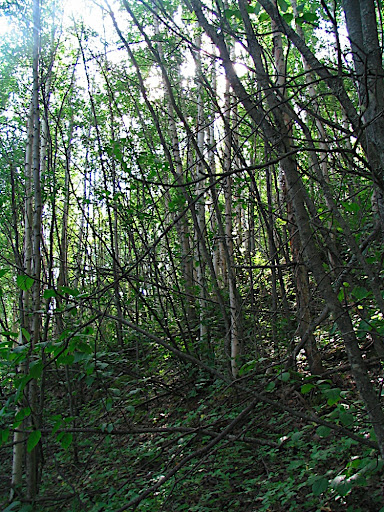 Walking uphill, above the drunken forest.

From the top of the bank, we walked through birch and poplar forest along the bluffs above the river. 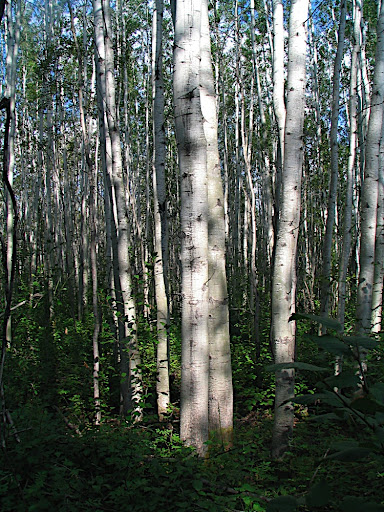 Bushwhacking through the poplar and wild rose.
A bend in the river and a large slump leading to a moose pond forced us to make a large arc to the confluence site. 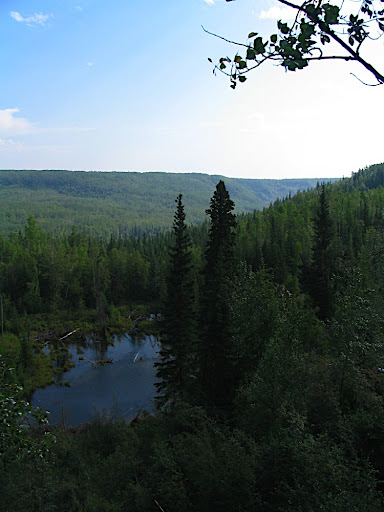 Looking down at the moose pond and the Petitot River valley.
Aside from some small patches of muskeg, two wasp stings at a small creek crossing, and general bushwhacking through wild rose underbrush and willow and poplar deadfall, the walking was fairly level and easygoing. There were mosquitoes, but they weren't biting. 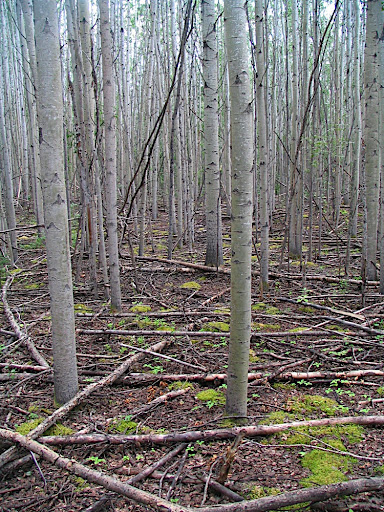 Easy walking.
The confluence was on a north-facing slope, where the vegetation was thicker. Fortunately, with the help of my trusty compass, I had little trouble finding the exact coordinates. I left my GPS on the ground for several minutes to ensure that the displayed coordinates didn't shift.  Unfortunately, I didn't take the same amount of time to take my pictures - a couple of them came out blurry.

If you look closely, you'll see that I'm right on the mark.

Looking at the confluence.

Looking north from the confluence.

Looking east from the confluence.

Looking south from the confluence.

Looking west from the confluence.

N 60o W 123o
We generally followed the same route on the way back out, but chose to cut across to Maxhamish Creek rather than follow the Petitot River again. This made the trip shorter in distance, but took longer because a large black bear was hanging out along the banks of Maxhamish Creek. A detour was required, but we made it back to the Petitot Gathering site safe-and-sound.