I am in Fort Simpson, on my way through town for some work.  Through sheer coincidence, it also happens to be the Beavertail Jamboree, Fort Simpson's spring festival.  While I have been spending some of the weekend working, I thought it would be a shame to pass up all of the beautiful  spring-like weather.
I walked down to the Papal Flats where I heard they were going to be having snow-cross races.  Snow-cross is basically Motocross, but instead of motor bikes or dirt bikes, the racers use snow machines.  I'm not such a huge fan of snow machines - they're loud and they smell - but I can't begrudge how very cool they look when they're flying through the air (click the pics to make 'em bigger - they look better that way). 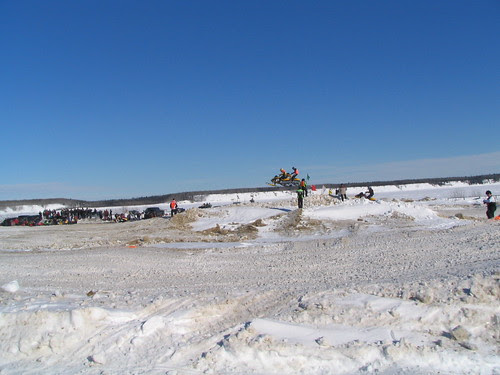 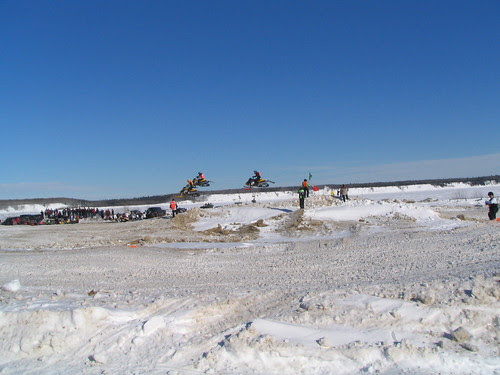 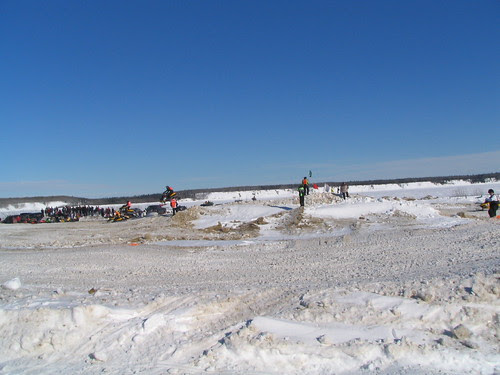 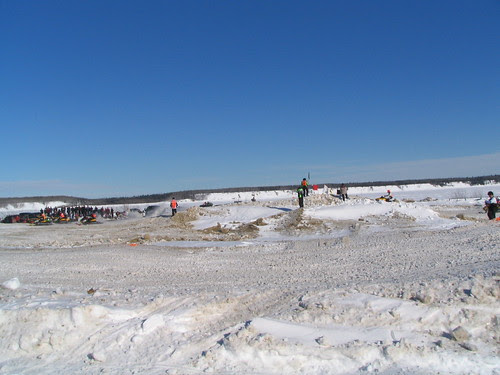 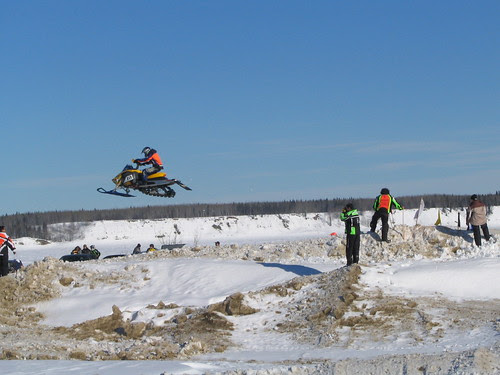 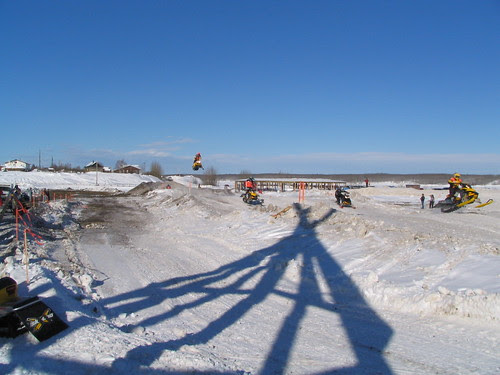 Snow machine madness! (Check out the air on that guy in the back!) 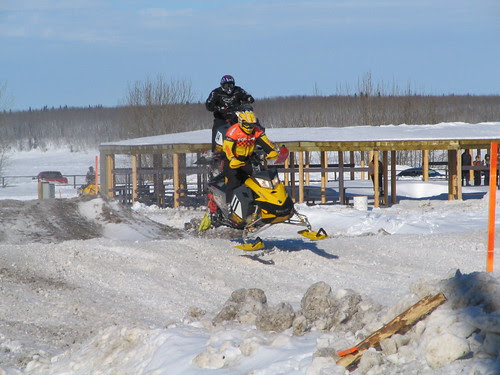 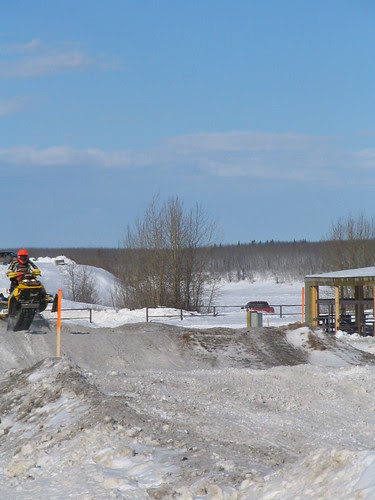 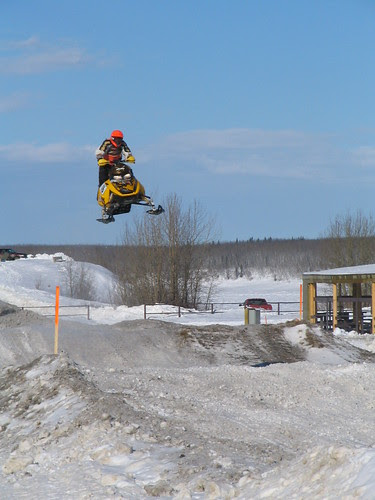 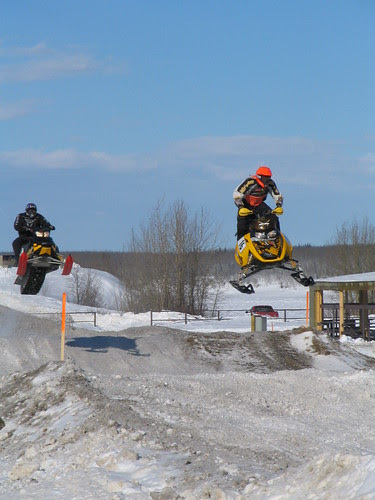 3)  The competition is right behind! 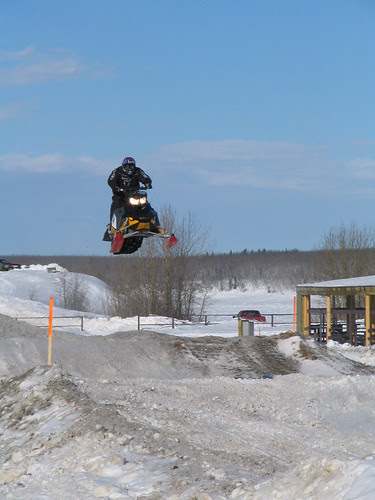 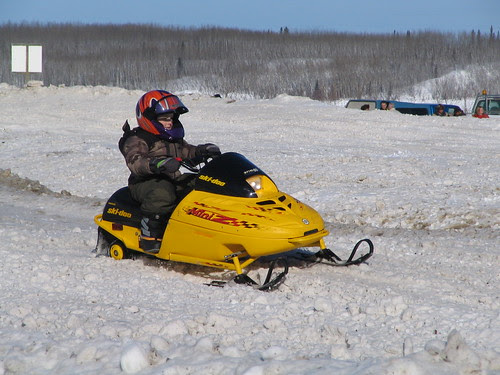 They start the snow machine indoctrination when they're young.  This thing sounded like it had a lawnmower engine in it.