I was in Dawson City for most of last week.  The weather stayed cool for most of the week, compared to Whitehorse's plus zero temperatures.  Closer to the end of the week though, it warmed up in Dawson.  It was so nice that I couldn't not go for a walk.
I decided to head uphill toward the big slide.  The trail was good and when I got to the slide, I stopped to enjoy the view.  It was fantastic. 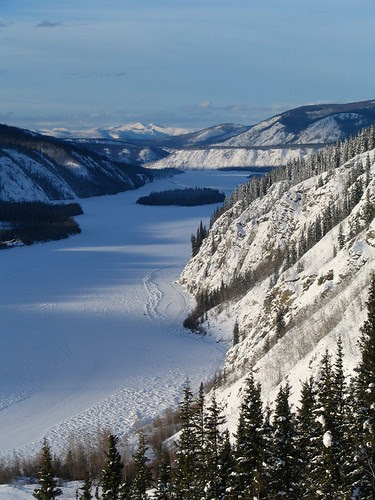 Looking down the Yukon River. 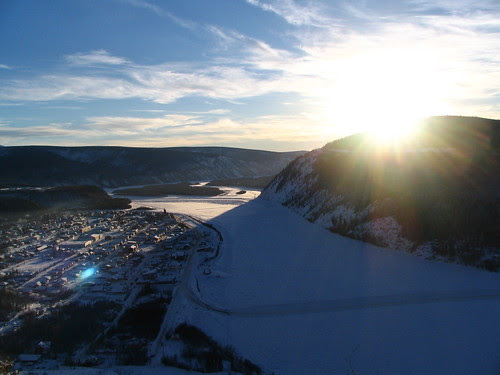 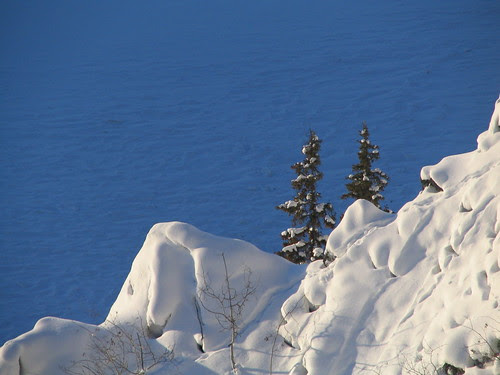 Looking down at the Yukon River. 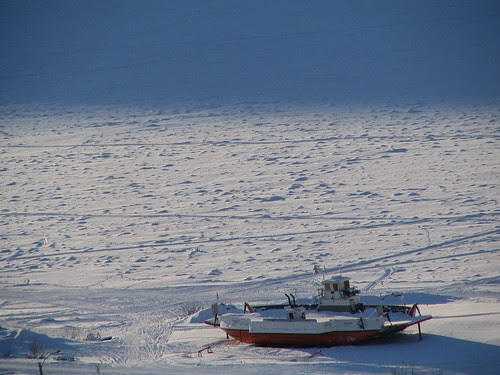 The ferry, taking a break for the winter.
Because the slide faces southwards, it gets a fair bit of light during the day.  Maybe it's because of the sunlight that were so many great frost formations.  I could have spent the entire day looking for big frost feathers and sparkly frostcicles. 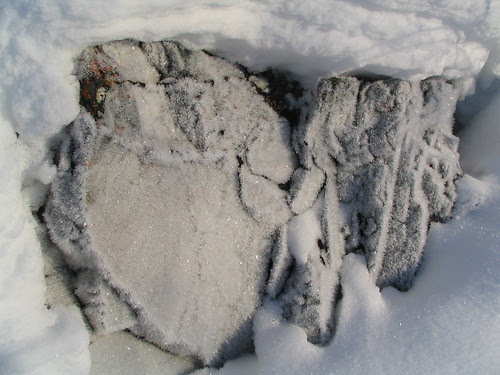 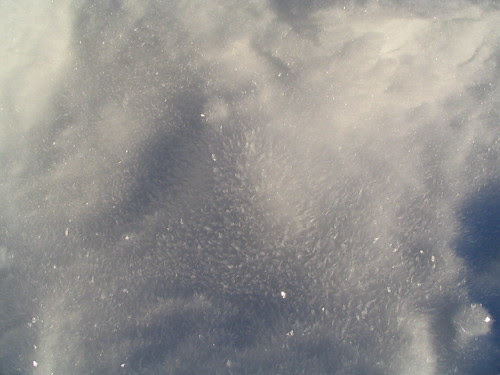 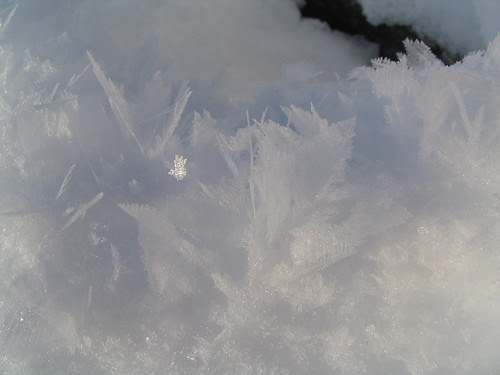 Large frost feathers.
There were a few people who had the same idea as me.  Eventually, I had to get back onto town and grab a bite to eat before my next meeting.  As I approached the place where I was staying, I was greeted by a noisy raven.  One of the great things about Dawson is how friendly everyone is.  It's good to know that there are still places where people will say "hi" as you pass in the street even if they don't have a clue who you are. 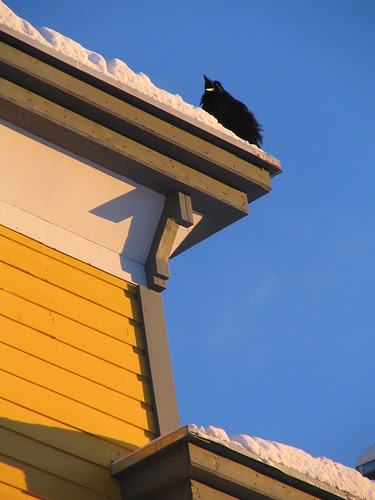