My neighbour, Michael, asked if I would help him hide a geocache. He said that he had the perfect place to hide it - the Secret Canyon (known by another name that won't be mentioned on this blog to help protect the great rock climbing in the area).

We went out with Norris, Charmaine, Fawn and Jade for a hike up the canyon. Jade loves hiking. I had assumed that her "explorers mindset" was just because she's a kid, but I've heard of a few kids now who, apparently, don't have the same burning curiosity to explore the world around them. 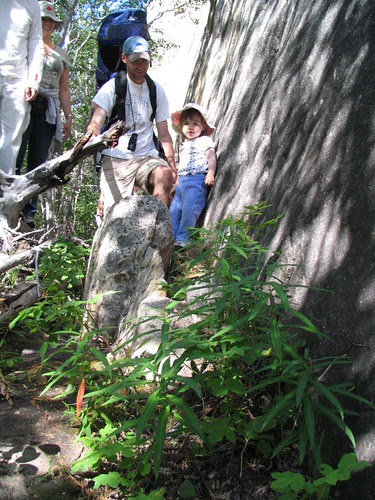 The master of all she surveys.
It was interesting for me, scrambling over the boulders and through the trees with Jade in the carrier. She didn't seem to mind getting tipped from side-to-side, but she did complain when her face got scratched by a branch. I can't say that I blame her. 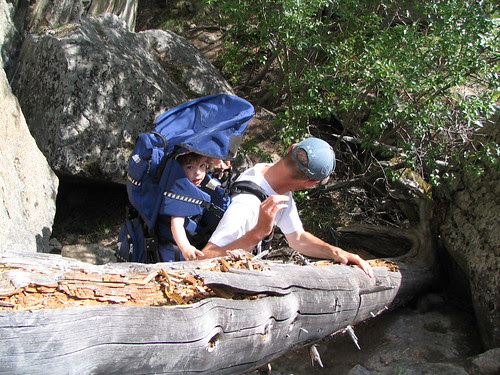 Working our way around some boulders.

As comfortable as she was in the carrier, however, she liked it much, much more under her own steam - with a little bit of hand holding for balance, on occasion. 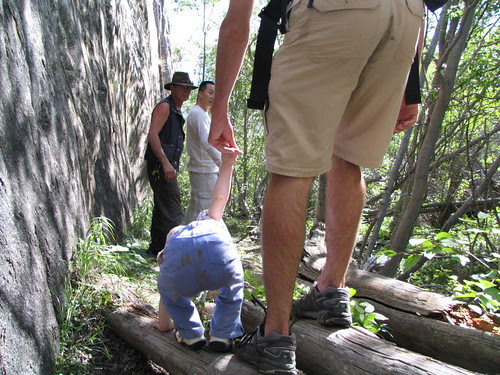 Michael and Norris wait for me and Jade to catch up.
I can't believe she's a year-and-a-half old already. I marvel when I see her climbing over obstacles on the trail that she wouldn't have been able to get by just weeks ago. How long will it be before she's scaling the walls of the Secret Canyon like the climbers that we met there? 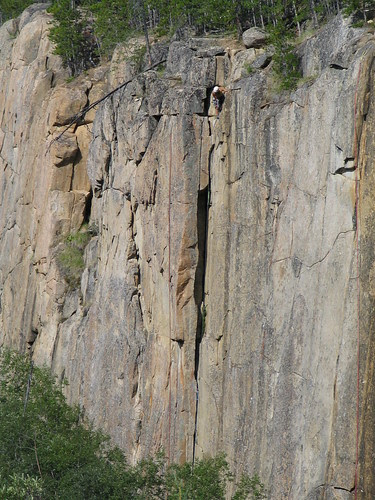 Lead climbing in the Secret Canyon.

On her way to the top! (If you look closely, there is a ghost head at the bottom of the climb from when I spliced some images together to make this panoramic picture).
We placed the geocache in a neat spot and then made out way back to the cars. It was a short hike, but a nice one. Maybe the next time I go back, I'll get to do some climbing.