Winter Flight into the Nahanni

It was my first time in an Islander and, as we took off, I learned that the seats immediately adjacent to the props, while they have a decent view, are not the best place to sit if you value your ear drums. That and sitting inches away from a spinning prop does not inspire pleasant thoughts when you think about it.

Even with ear plugs, I could feel my right ear drum throbbing as the plane powered through take-off. Fortunately, the throbbing subsided as the plane levelled out.

The sky was clear as we flew over the trees and muskeg of Northeastern BC. As we approached the BC/NWT border, I began to recognize landmarks.

There's Sandy (Maxhamish) Lake, where Dolphus and I spent an entire winter's day taking fish out of his nets.

And there's the ridge that Fawn and I hiked with a 14-pound turkey to spend Thanksgiving with the Timbre's, who live at Bovie Lake. And there's Bovie Lake!

There's the Petitot River! I camped there. And there! And there's the canyon. Ah, what a great river to paddle.

Hey! The Liard River. That's where Fawn and I tracked our canoe up the river to spend a weekend with Lucy and her family and spent a bit of time learning how to tan moosehide.

And there's Fort Liard. And our first house.

We pulled alongside the Liard Range and passed the firetower where Peter works every summer and where I would hike up to visit and take in the views. As I took in the views from the starboard side of the plane, the pilot and one of my co-passengers in the front seat began talking excitedly over the radio. The pilot banked to the left and was pointing at something on a road that leads to an oil and gas well. I thought he was pointing to some of the oil and gas facilities.

I found out later that a pilot, a friend of mine, had called out a "mayday" because smoke was filling the airplane's cabin. Fortunately, he's a good pilot and was able to land on the oil and gas road. It might have been a different story had he been just 30 minutes further into the trip where there are no roads and the mountains are ragged. Still, he's one of those pilots I would trust under any circumstance: he's cool, experienced, knows the area inside-and-out and doesn't take unnecessary risks. I'm glad he was able to land safely.

We continued on our flight, crossing over the Liard Range. How different the Liard Range is, with its ragged peaks, stacked like dominoes, to the Kotaneelee Range, running just to the southwest, with its smooth rounded tops.

It was at this point that I remembered that I had my camera with me. I'll let the pictures speak for the rest of the trip... 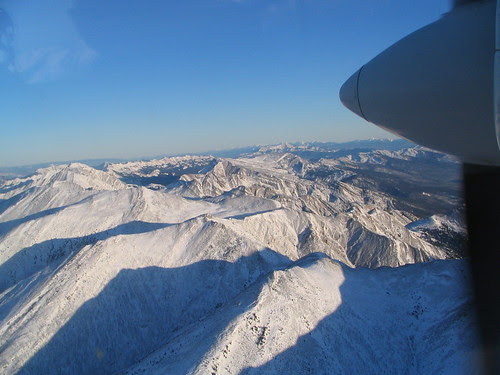 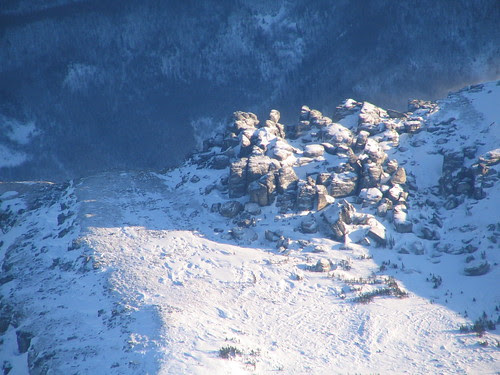 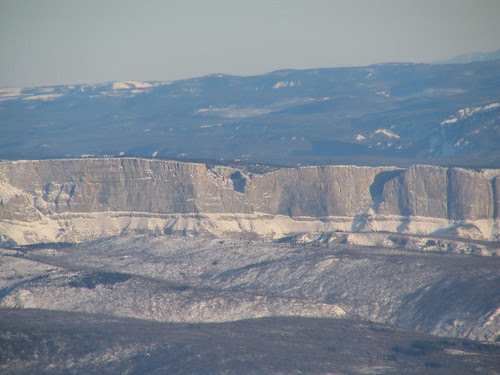 This ridge leads down into the First Canyon of the South Nahanni River, over a kilometre deep in some places. 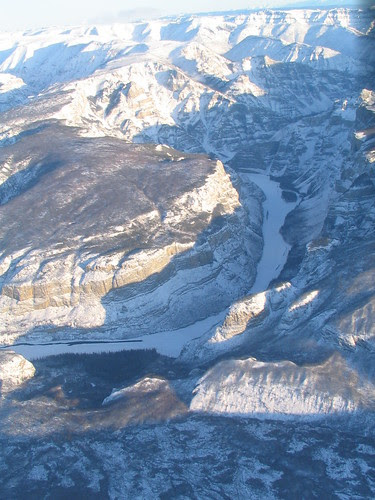 The downstream entrance to the First Canyon. The unfrozen patch on the river is George's Riffle. There are over 200 known caves in the First Canyon, most of which are unexplored. 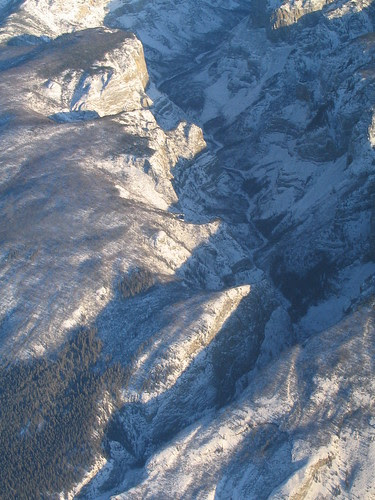 Dry Canyon "Creek", which "flows" into Deadman's Valley. Based on the terrain in the area, I can see why people died, stranded in the valley; it wasn't exactly easy to walk out. 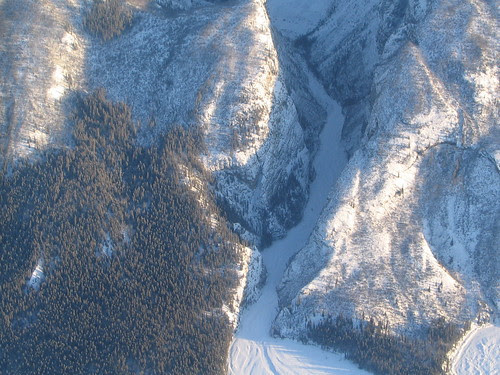 The mouth of Dry Canyon Creek 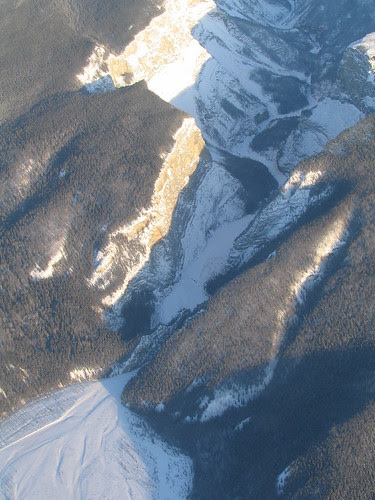 The mouth of Prairie Creek The last time I was at Prairie Creek, my dad and I tried to walk upriver. The geology of the area (and the cold water in the creek) made it a little difficult. We didn't get through. We might have if the water had been a bit lower. 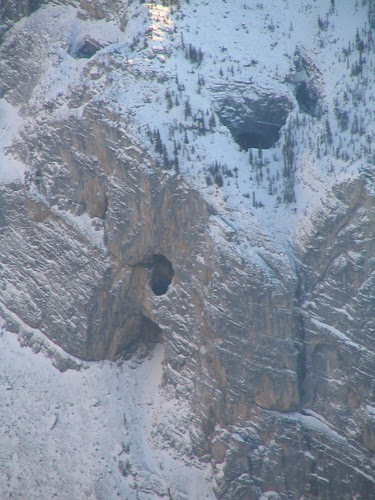 Just one of the many places I would love to explore. 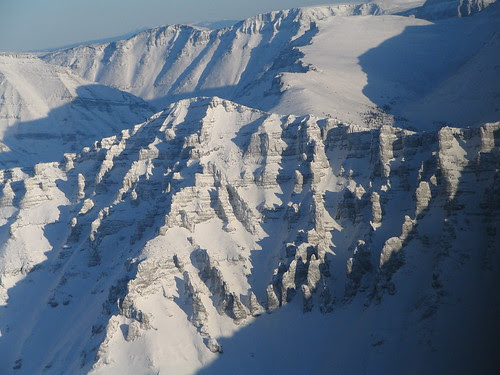 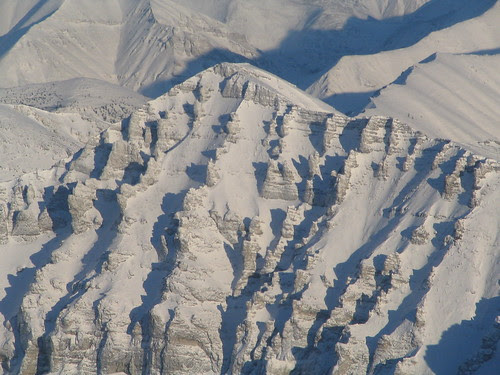 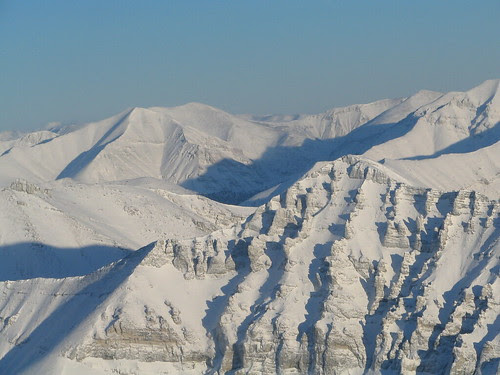 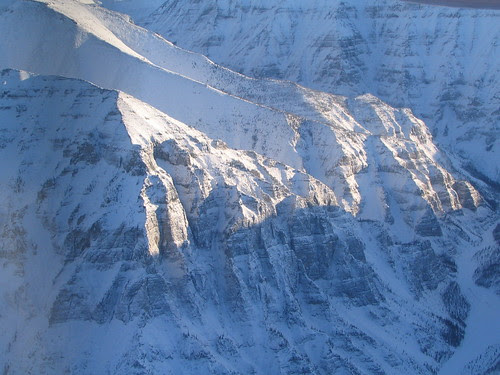 The mountains north of Deadman's Valley, heading up the Prairie Creek valley. 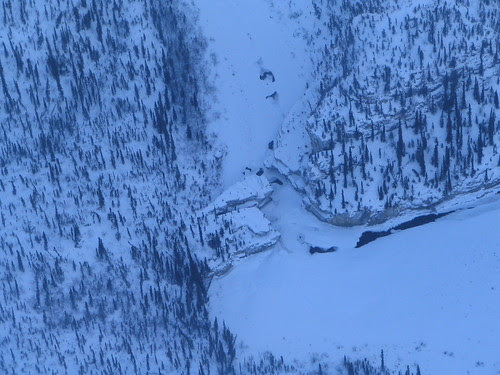 A gate along Prairie Creek.

The plane dipped into the Prairie Creek valley and banked around the bend. Suddenly, our destination became clear and we landed. I'll post a picture of the airport later.

Glad your friend landed safely...must've been quite scary.

Beautiful pictures...must be amazing to hike around there...and fly over.

Great photos! And all that potential cave exploration...wow!

Yes, that means I'm not racing this weekend. >sigh< :(