A year or so ago, my Dad told me about a strange wood and metal box that he found in an out-of-the-way place the woods behind his house. It's purpose, and how it got there, a mystery. 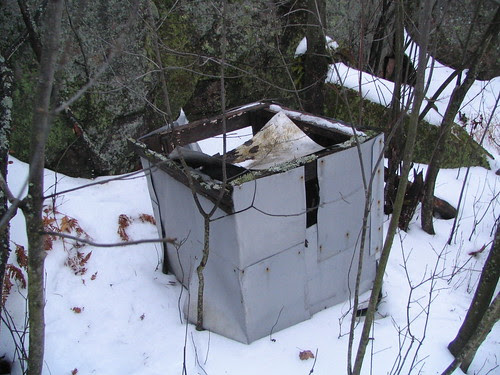 The mystery box.
Today, I finally got to see the box. It consists of a wooden frame, covered with sheets of some sort of thin metal. The metal sheets are fastened to the box with what looks like carpet tacks. Oddly enough, imprinted on a few of the sheets, both inside and outside of the box, is information regarding superannuation (from 1977/78), an shipping order form with some very fine print, and something from a likely now-defunct forestry company. 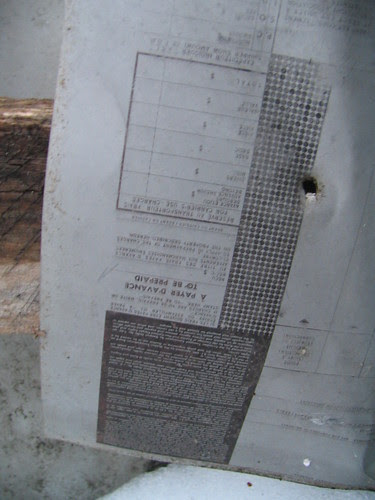 Some sort of order form? 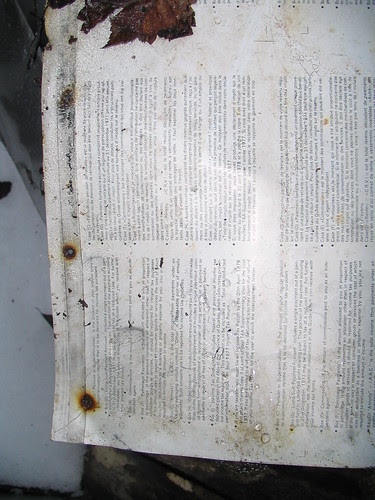 Want to read about superannuation?
The box doesn't seem like it would ever have been strong enough to carry anything. It's location, in the middle of Canadian Shield, west of Ottawa, beside a rocky island that is surrounded by swamp and beaver ponds, does not seem a likely place for anyone to haul and leave a big box. 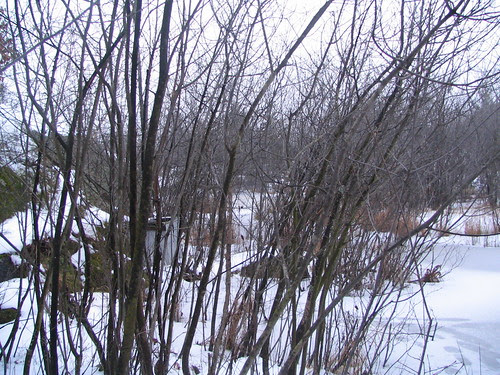 Can you spot the box? 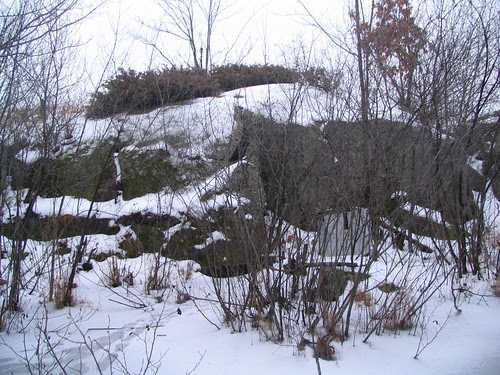