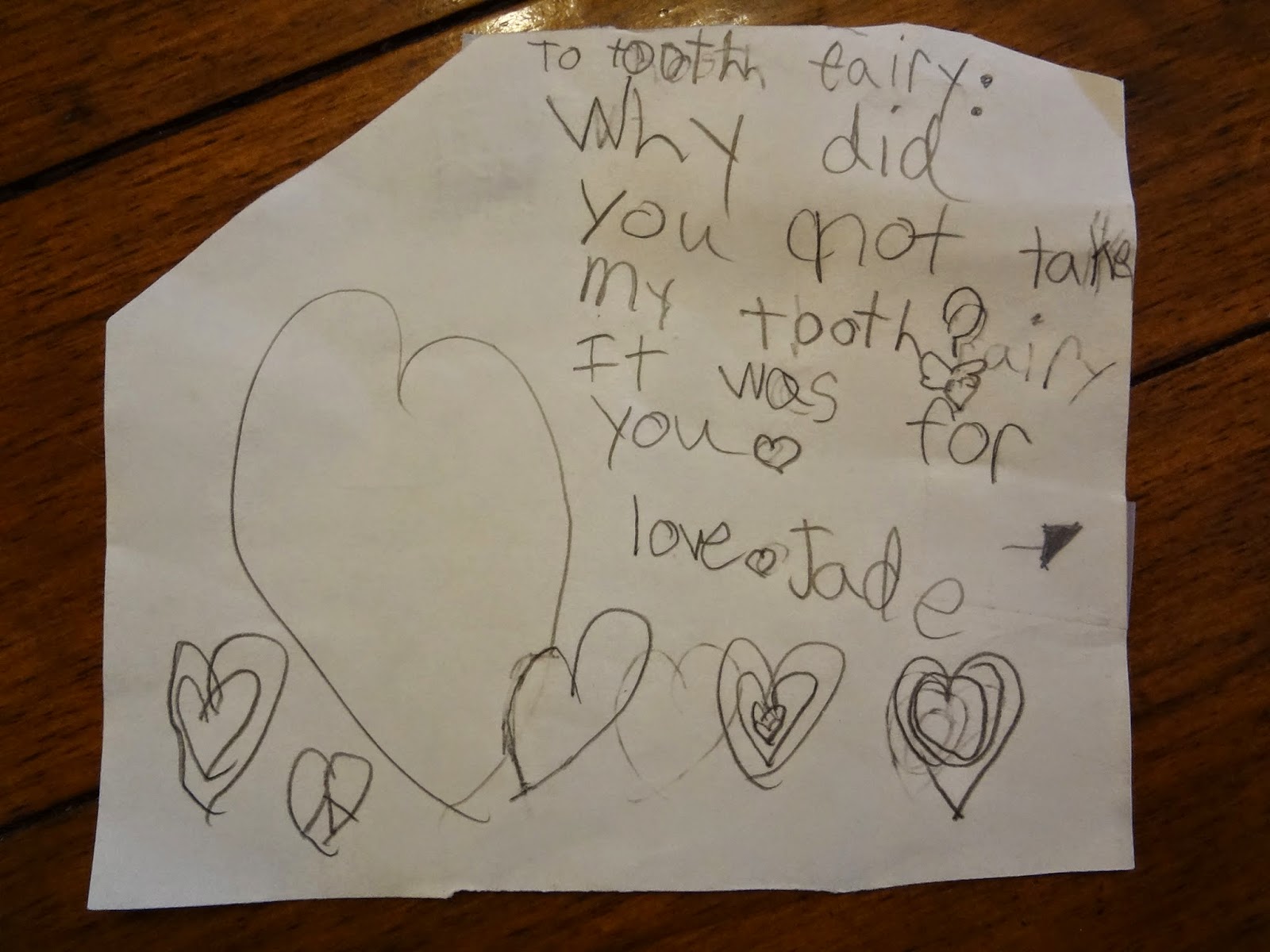 Haaaaha! You gave me my morning laugh. Thanks!

I love Jade and her logic. Smart kid!

I just found your blog after googling "bannock". I was planning to make it tonight for the bonfire as a surprise for my son. Then he told me he had a surprise planned for the bonfire tonight. Turns out we were thinking the same thing. Now it won't be a surprise, but hopefully it will be yummy!

My son left notes for the toothfairy all the time. It got harder as he got older to come up some replies that didn't sound like me. I also had to practice some different handwriting! Have fun - this is a great stage. All the baby teeth are gone from our house :(

I hope you enjoyed your double-bannock bonfire!


Love to read it,Waiting For More new Update and I Already Read your Recent Post its Great Thanks. dentist Richmond Hill

I really like the valuable information you always offered in your blog. I am going to bookmark your site and share it on my social media accounts. I’m fairly positive they will like to be informed a great deal of new stuff like this… yt to mp3