Yukon highways are beautiful, winding through mountains and along racing creeks and rivers.  I highly recommend the driving/riding in the Yukon as something that should be on your bucket list.

When you come, though, make sure the highways are open.

Oh, did I forget to mention?  The mountains and racing creeks and rivers joined forces with A Whole Lotta Rain to wash out several of Yukon's Highways - including multiple sections of our main truck to the South, the Alaska Highway.

A funny thing happens when the main transportation corridor to the Territory gets closed and is expected to remain closed for days or even weeks.  Groceries stop coming in.  Gas stops coming in.  And some people panic.

"All of the grocery stores are out of milk! I drove to every store looking for some!" one Facebook friend proclaimed.  "There's no meat left in the store!" announced another.  Indeed, the bare shelves were caused in part by normal consumerism, but there was a goodly number of people stockpiling food like the zombie apocalypse had just begun.

We, fortunately, keep our household freezer and pantries well-stocked.  I did go to a couple of grocery stores, though - not because I needed anything, but because I was curious.  I wanted to see the bare shelves for myself. 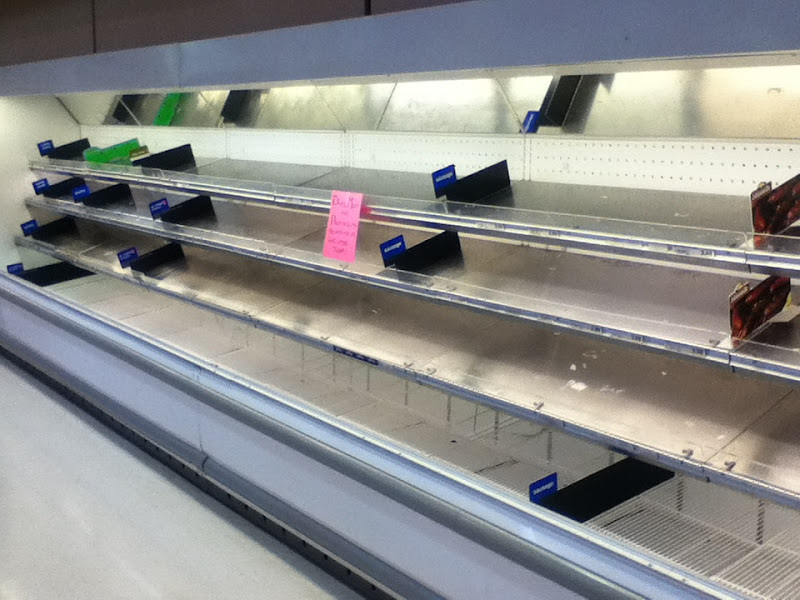 And the produce section... 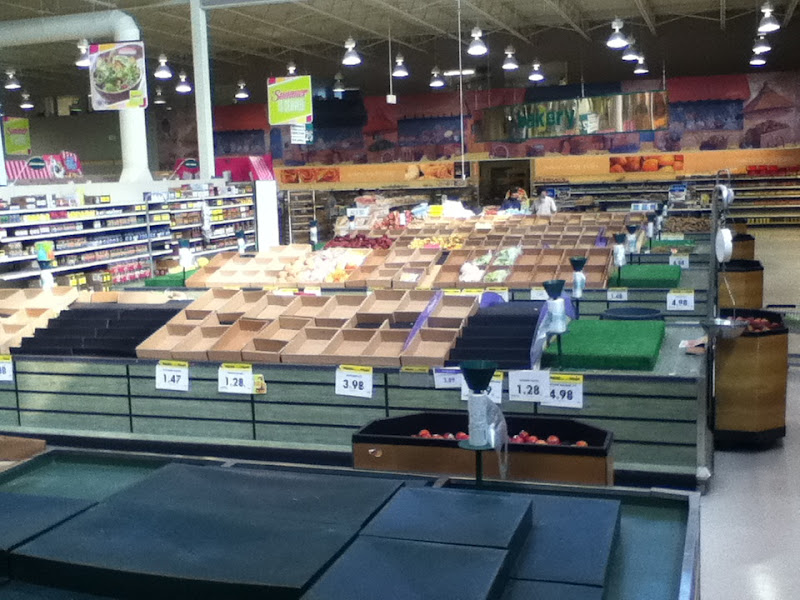 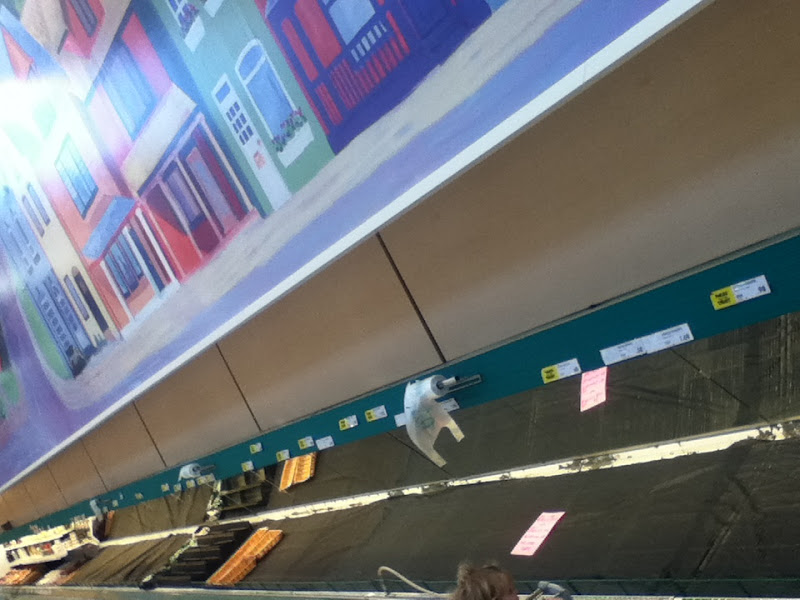 But if you want celery and romaine?  You're good! 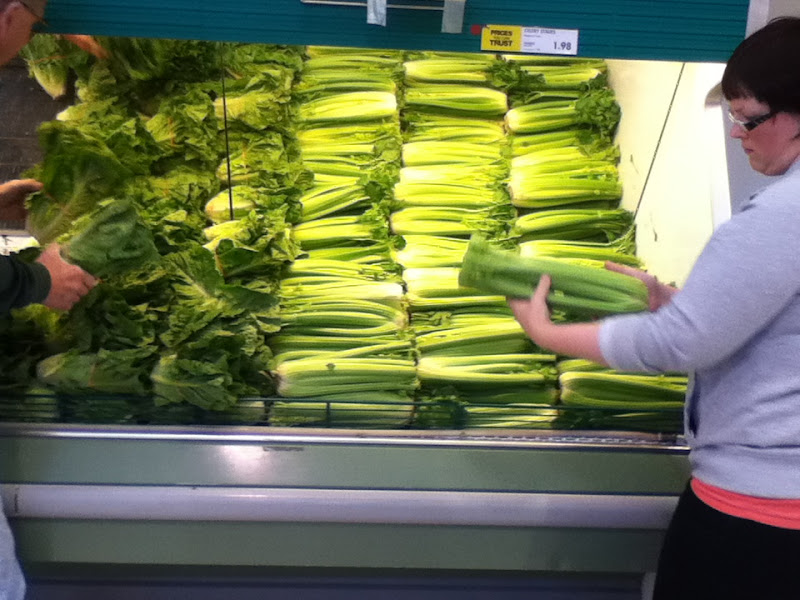 The whole incident highlights Yukon's food security issues.  Fortunately, there was little need to panic (this time, anyway - the zombie apocalypse will be a different situation entirely).  The grocery stores are flying in dairy, meat, and fresh produce. 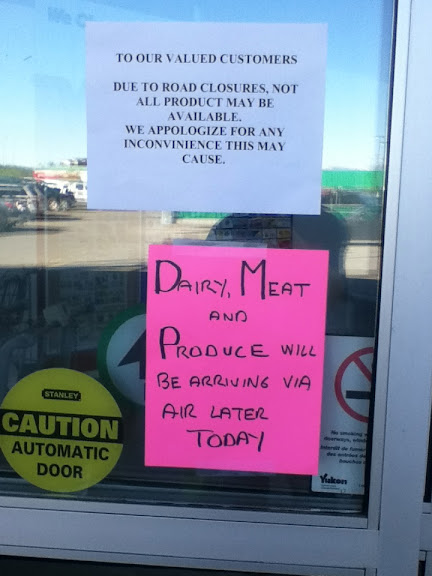 While groceries by air is unusual for most of the Yukon, it's part of the routine for Old Crow.  In fact, they even have a local word for flying in their groceries.  It's called "normal".  Unfortunately, it's also expensive and I sympathize with the Nunavummiut who spent part of their day protesting the high price of food in Nunavut.