Maybe you've already seen some of the videos from people's skating adventures on Tagish Lake's Windy Arm.  I did, and it inspired me to go skating there, too.

My sister- and brother-in-law were visiting for the holidays and also wanted to get a taste of Yukon adventure. 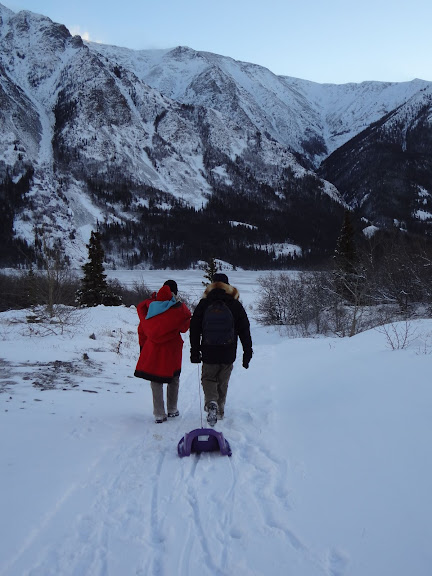 Windy Arm comes by its name honestly.  Even my heavy moosehide and beaver mitts would have blown away if I hadn't secured them. 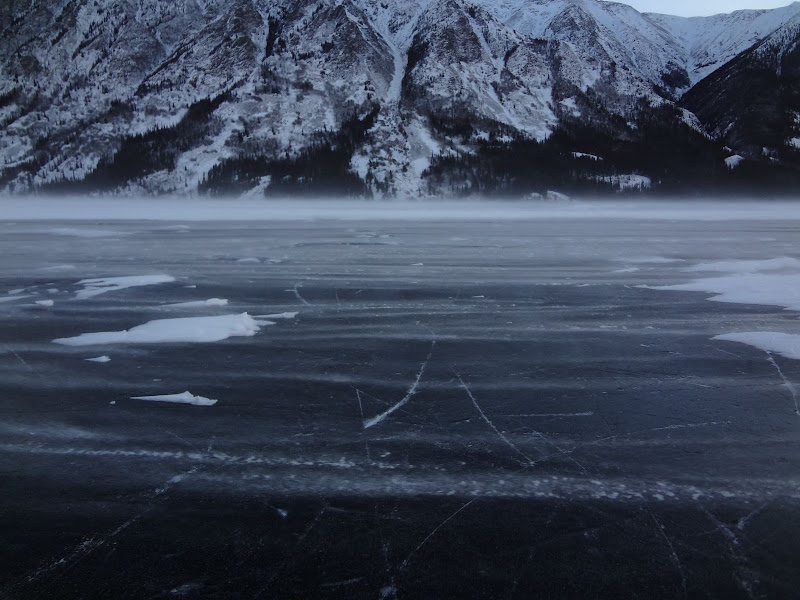 I think the only place that wasn't buffeted by the wind was under the lake ice, along the shore. 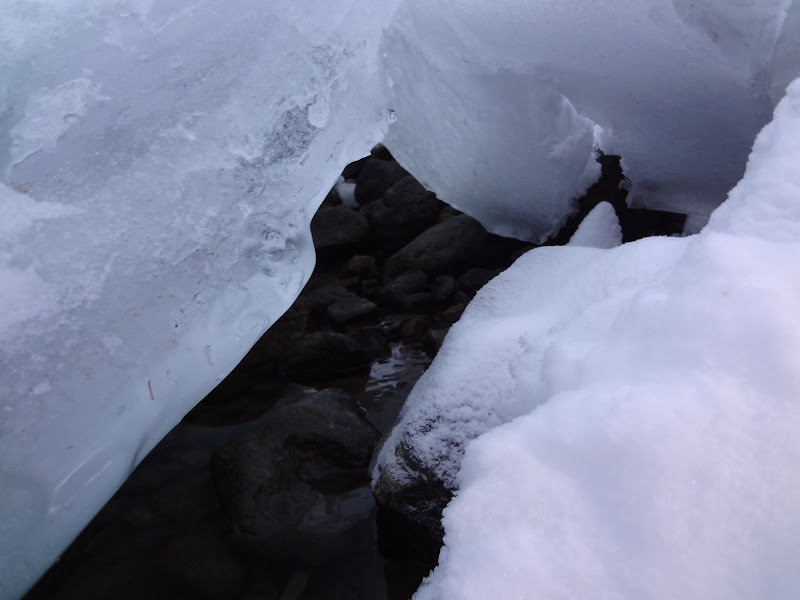 We saw some friends there who were just wrapping up their visit.  One of them loaned me his hockey stick, but I'm really not a righty.  Besides, the puck would have just blown down the lake, giving one team all of the advantage. 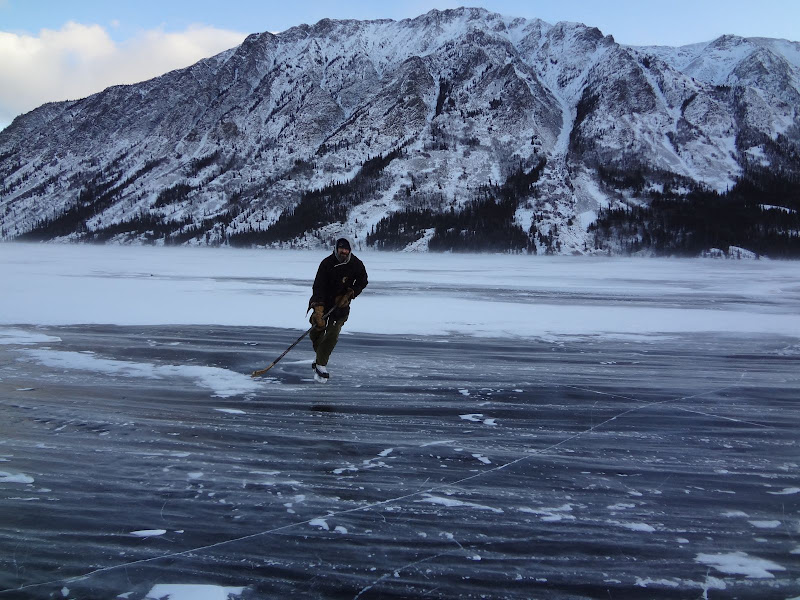 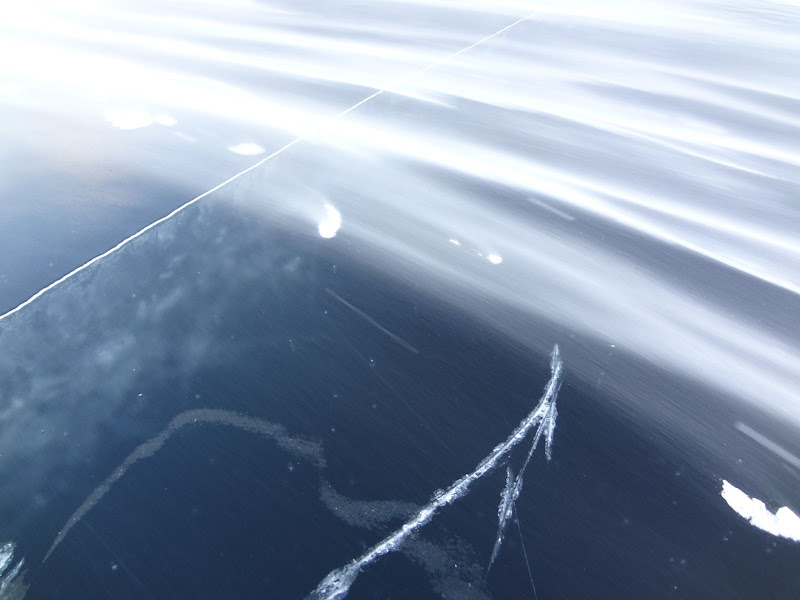 I decided that I wanted to skate all the way across the lake and back.  Even though it snowed the night before, the ice was beautiful both for skating and to look at.  Some people have said they've seen swimming fish through the ice. 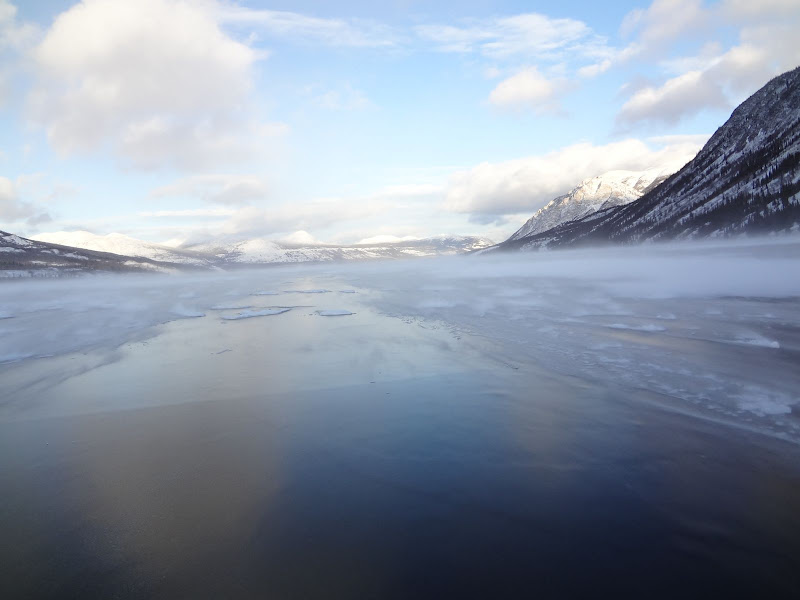 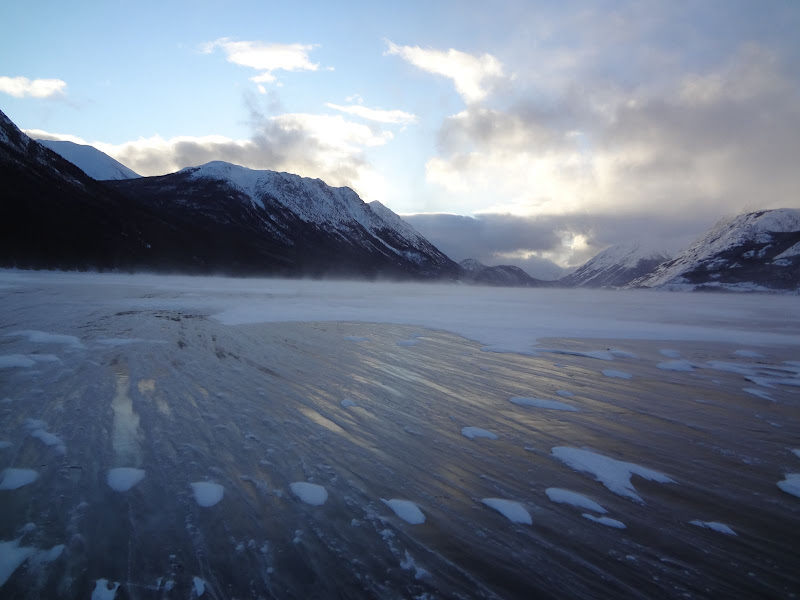 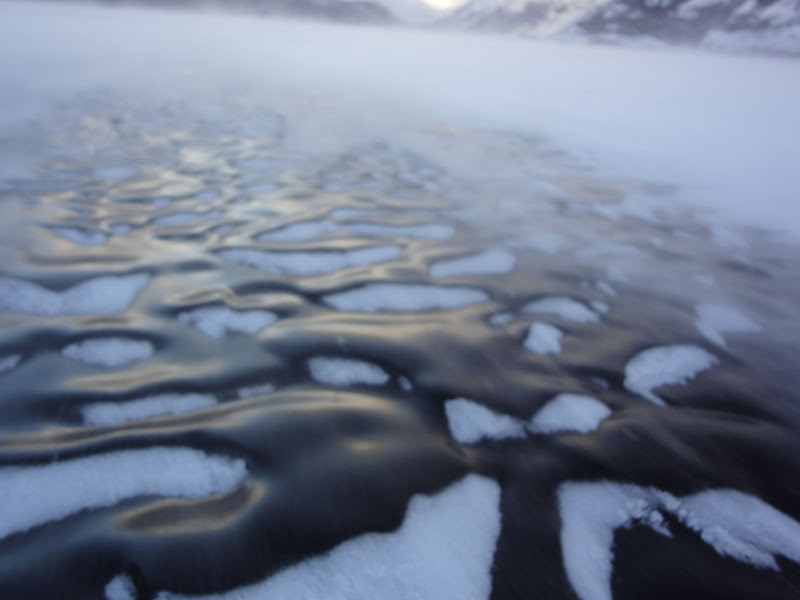 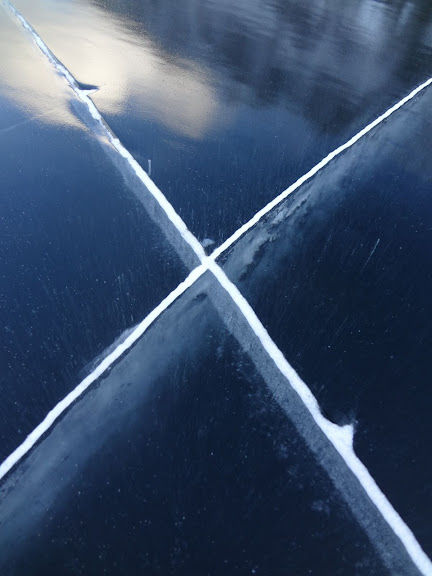 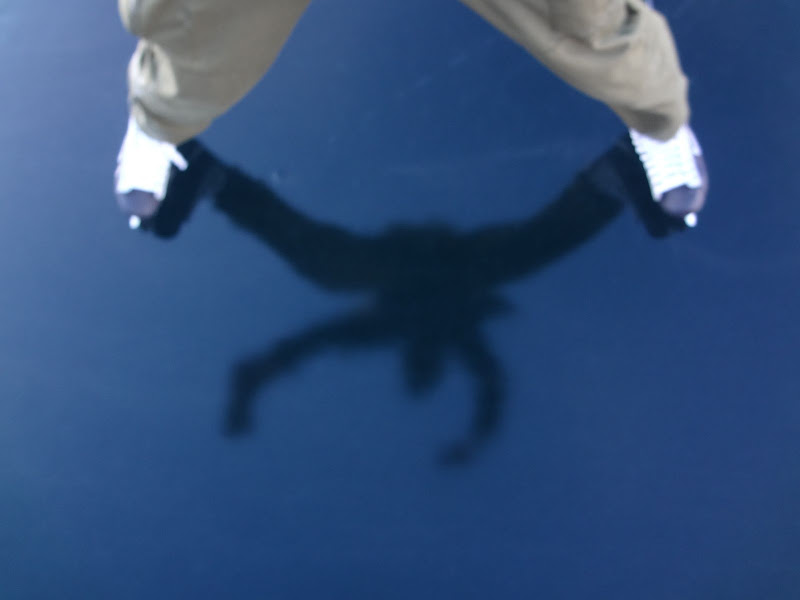 I made it to the other side of the lake and took some shelter from the wind in a little bay. 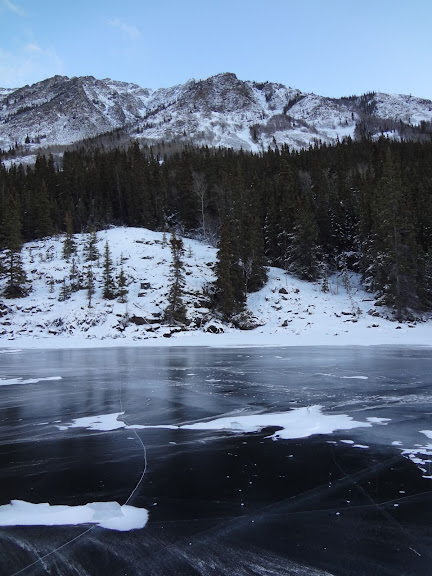 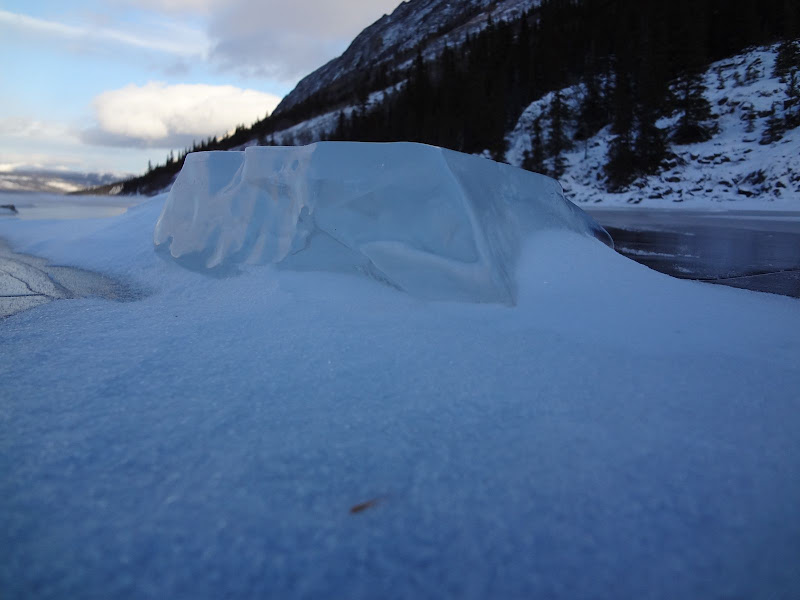 My brain is still having a hard time figuring out how bubbles could get captured in the ice on their rise to the surface. 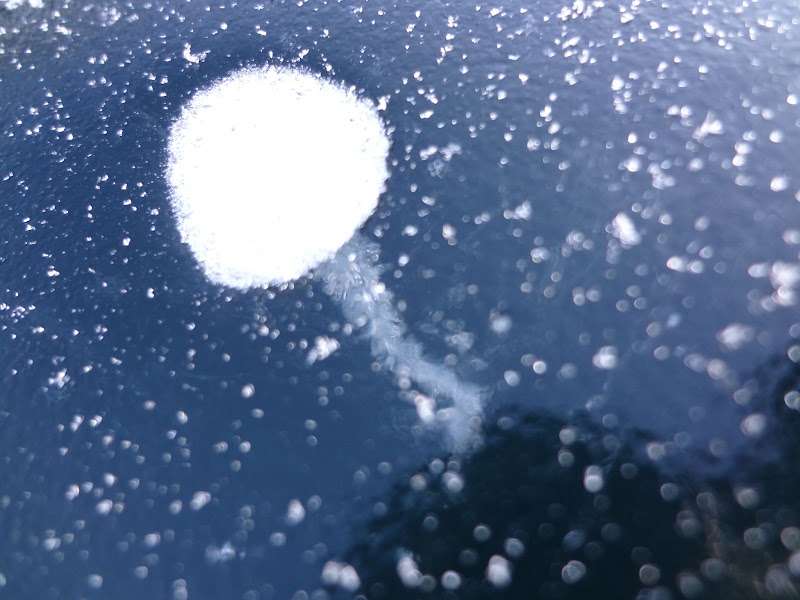 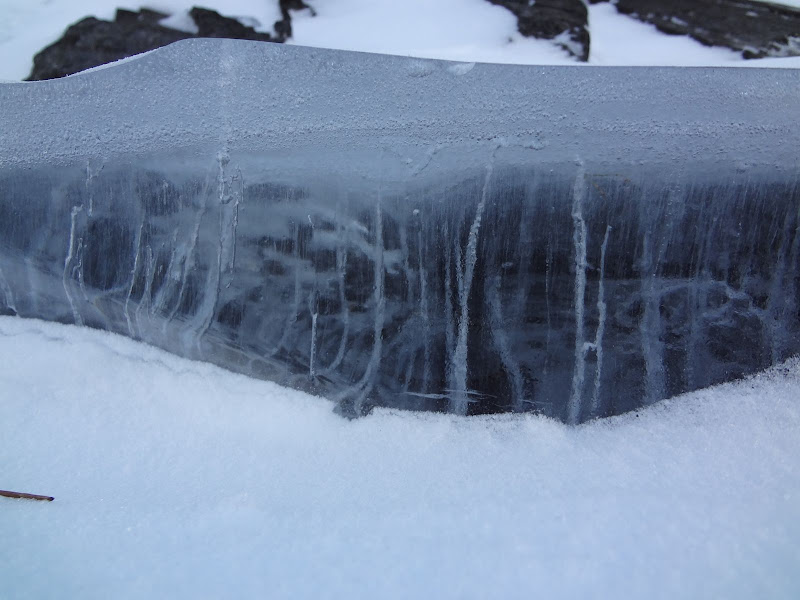 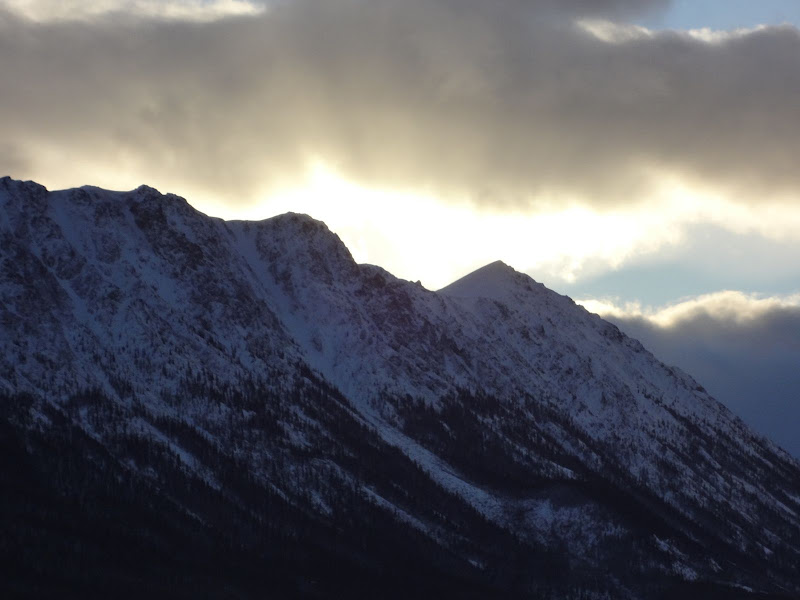 Of course, for the skate back, I just had to capture it all on video for posterity.

Warning: If you get queasy by fast moving video footage, you might want to skip this one.  But you'll want to watch the first 40 seconds just to see how fast the wind was, at least.

After our skate, since we were close anyway, we decided to take a quick drive over the pass and into Skagway.  Have I mentioned before how much more I enjoy visit Skagway when the cruise ships aren't there? 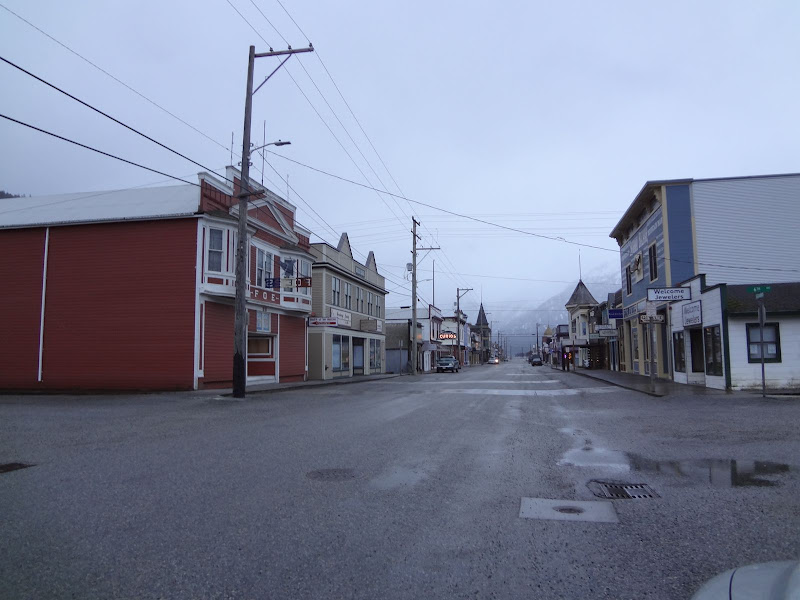 Here are a couple of outhouses on the South Klondike Highway near the summit.  I think an appropriate caption for this picture would be "Out of Order". 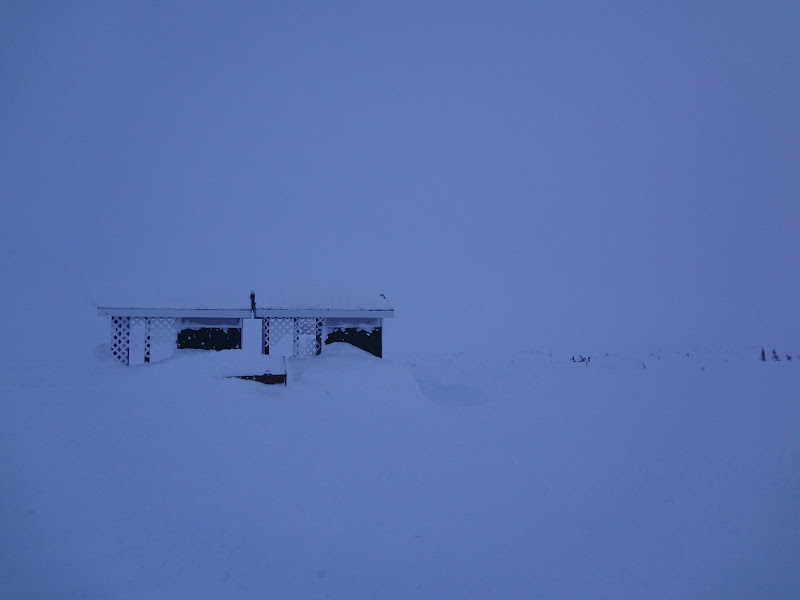 I really hope the ice on Windy Arm (and others in the chain of Yukon's Southern Lakes) freezes next year like it did this year!  And if it does, I may have to see what I can do about making an ice boat!

Watched the video and found the fleeting glimpses of the sky reflected in the clear ice fascinating. Would love to put in a painting. Such a pretty spot.

I'm glad I watched it on my iPhone! Oh my heavens! What a beautiful place but definitely windy!

Grace and I loved the music!