I paca, you paca, we alpaca!

Last weekend, Midnight Sun Alpacas had a "Farm Fair". I was single parenting (Fawn was at Breakout West) and it seemed like it would be a fun activity to do with the girls, so I took them. I'm glad we went!

We were allowed to get up close and personal with the alpacas, who seemed to be as curious about the kids as the kids were about the alpacas.  We were even allowed into the alpaca pens and got to pet some of them. 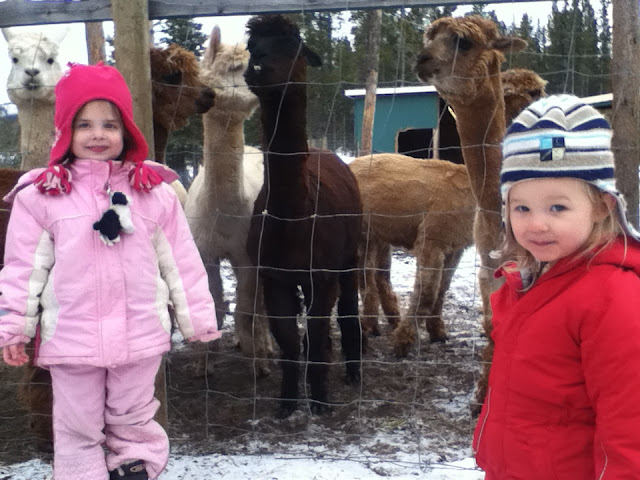 Some of the alpacas were used for more than their wool.  Like horses, they had little bridles on their faces.  Jade really wanted to visit the one with the reddish bridle.  As you can see, she was very excited... 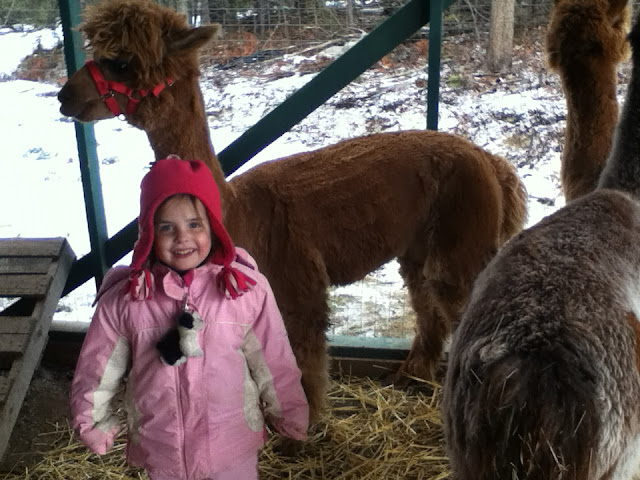 ... but it was the greyish one that really made her laugh with its little, bleating "aaah!" 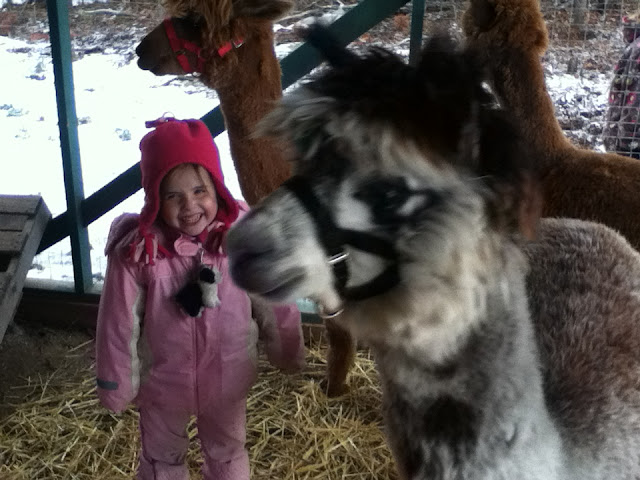 The roosters were noisy and fun to watch.  They looked big with their pouffy winter feathers, but nowhere near as big as the... 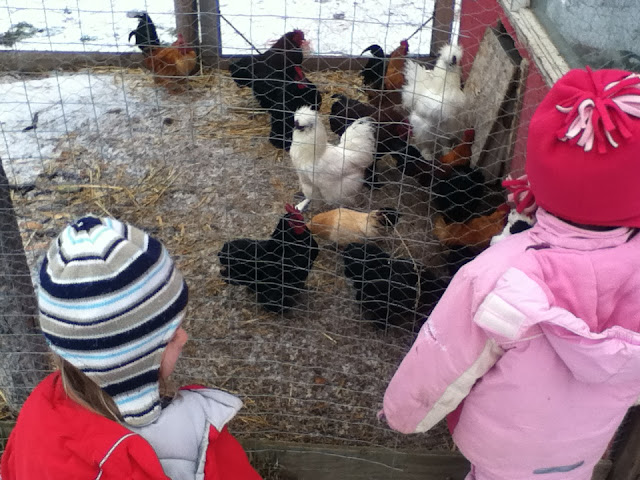 ...turkeys!  They were puffing themselves up and coming to visit the girls, putting on a great display. 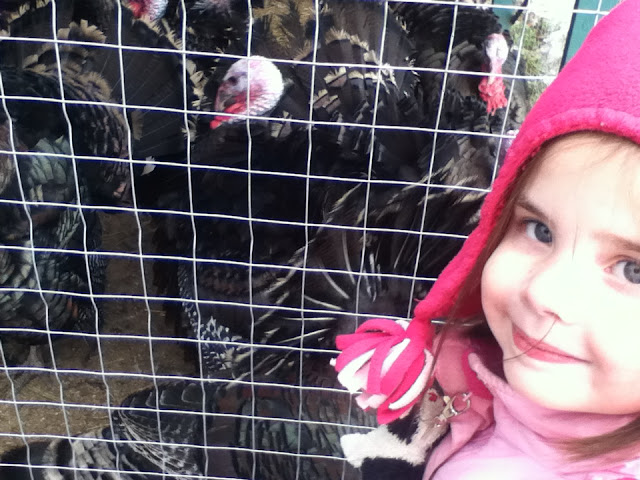 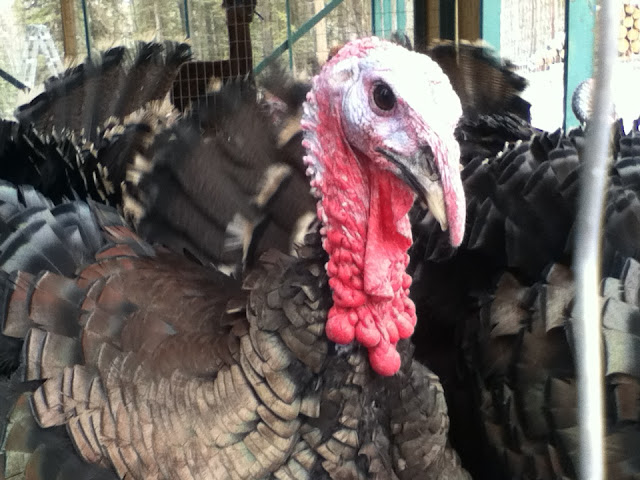 We all agreed that the turkeys were our favourite.  I don't know why - there's just something about them that's cool!  Maybe it's that weird skin on their head or how they like to strut around all puffy-chested.

Finally, the girls got to go for a carriage ride behind one of the alpacas!  How many people can say they've been pulled by an alpaca?  Check that one off the bucket list! 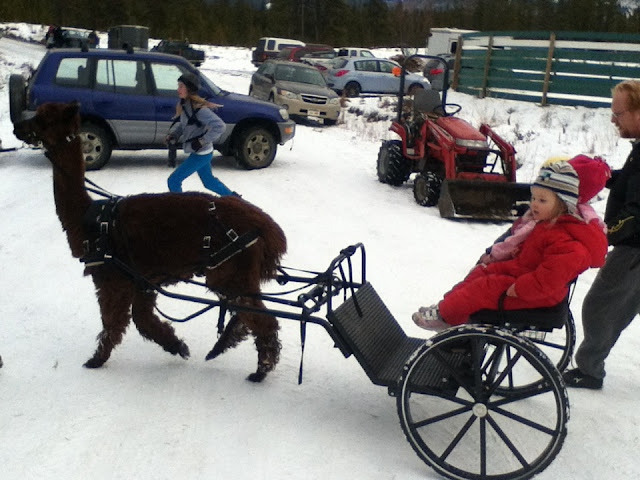 I'll be keeping my eyes open for this one when they host the Midnight Sun Alpaca Farm Fair again next year - and this time I'll bring some cash to buy one of their nice sweaters!

I am still scared of turkey's after being chased by them when I was a kid on our farm!