View Larger Map
It was a gloriously warm and sunny day as I began my drive back to Whitehorse from Beaver Creek.  As I got closer to Kluane Lake, the wind began to gust.  It was a strong wind and I could feel it pushing on my car, trying to force it off the side of the road. 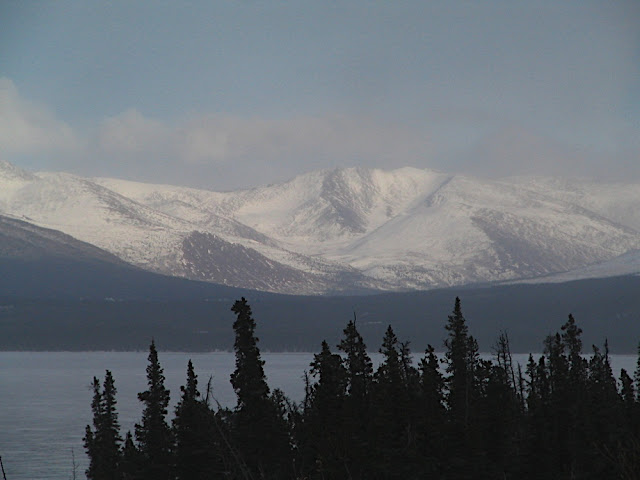 I was driving under a baby blue sky but could see nothing but dark, grey skies past Burwash Landing. 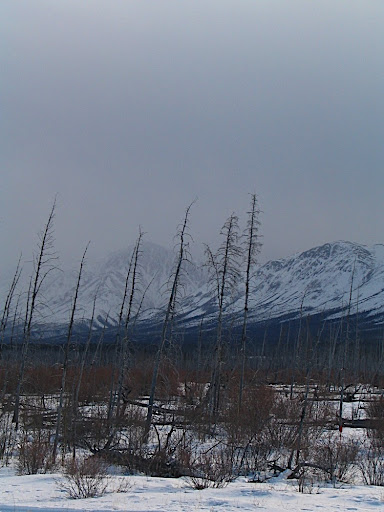 By the time I passed Destruction Bay, the imposing grey dominated the skies. 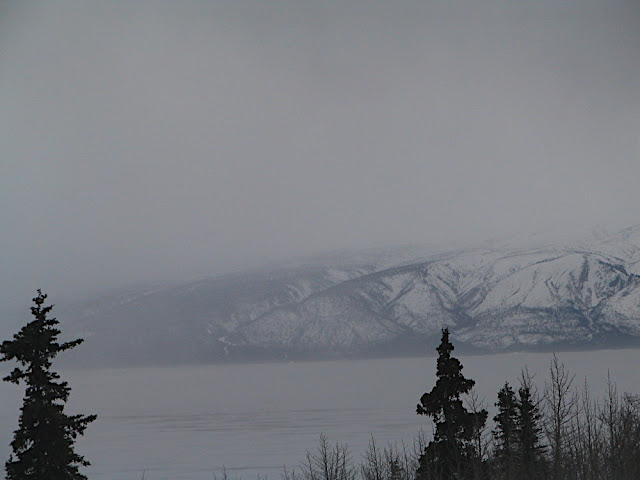 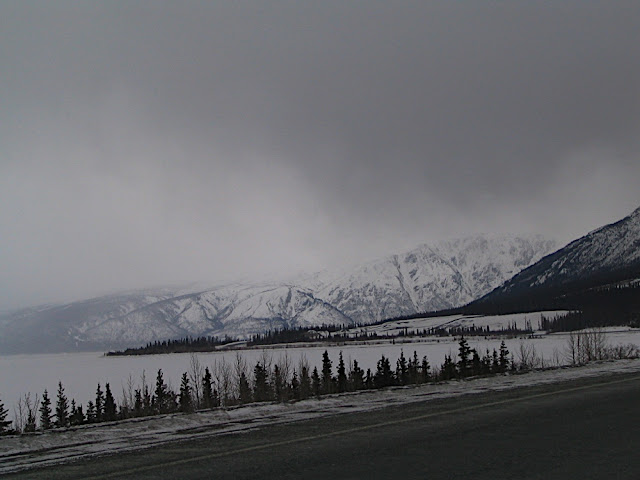 Then, just past the lake, the stretch of road between the head of Kluane Lake and Haines Junction started to disappear in near white-out conditions. 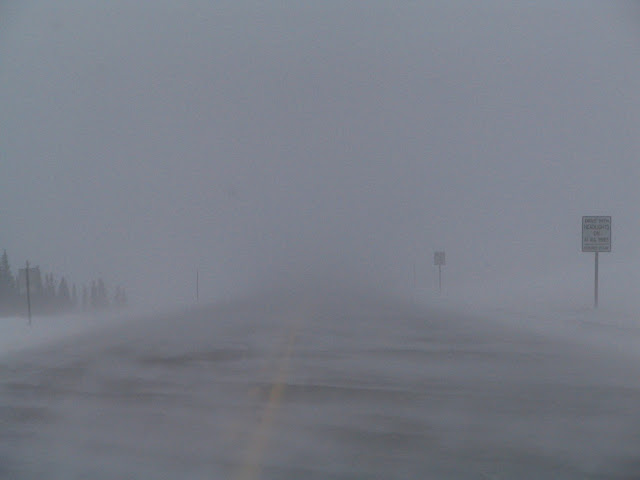 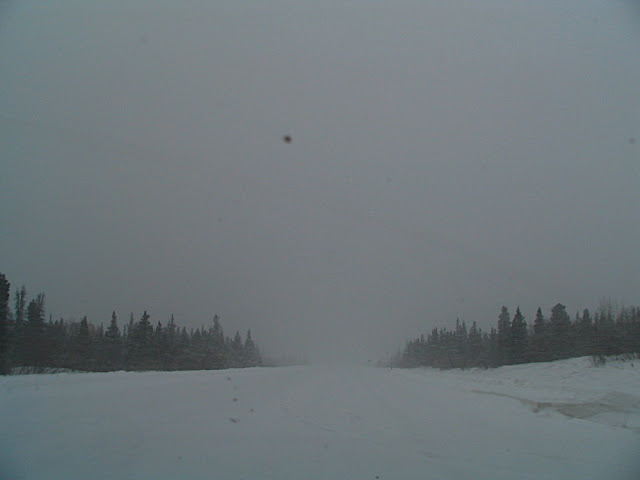 As I pulled into Haines Junction, the storm vanished as quickly as it had appeared.  The rest of the drive into Whitehorse was fast and pleasant.

There's nothing like a little inclement weather to make a road trip more memorable.

Michael you have a very interesting blog - i'm glad i saw your link on your wife's page - your photos are so beautiful.