I was David Hasselhoff.

If you don't read Megan's blog, Reflections in the Snow-Covered Hills, you might have missed her "Being David Hasselhoff" contest.

Well, when I saw that second prize was Season 1 of Knight Rider, I just had to go for second place! 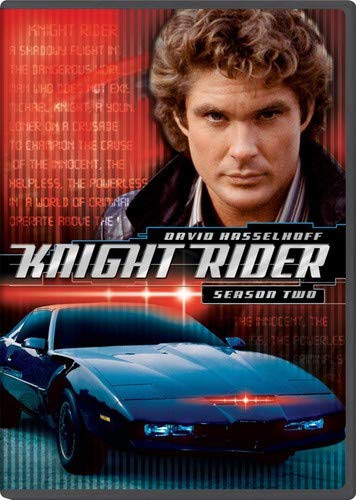 I had my idea for a second-place-worthy entry almost right away. You can see my entry here, but don't do it if you're in a public place. Even with that warning, I recommend that you click the link before reading any further.

My entry wasn't easy to prepare. You see, at the time, I was in Vancouver for a conference. I was accessing the Internet at one of the millions of busy Starbucks. The layout of the coffee shop didn't provide an out-of-the-way spot for someone to do a Google search for "male buttocks". As uncomfortable as doing that search was, it was made even more uncomfortable when I realized that the "safe" feature on my Google search tool had been turned off.

Jail! Lawsuits! Some guy seeing an opening and trying to pick me up! I could just imagine it:

Fortunately, it wasn't long before I found a creative commons image on Wikipedia. Good ol' Wikipedia. I photoshopped the picture back at my hotel room and uploaded it the next day (which was also quite embarrassing).

But was it all worth it? As it turned out, I didn't win second place. I got first place. But I wanted second!!!

Luckily for me, though, I was able to trade first place for second place and today I received Season 1 of Knight Rider. Yaaaaayyyyy!

You definitely are David Hasselhoff.

Hilarious! Enjoy Season 1 of Knight Rider. It sure brought back memories when we watched it. Ahhh...the cheesiness!