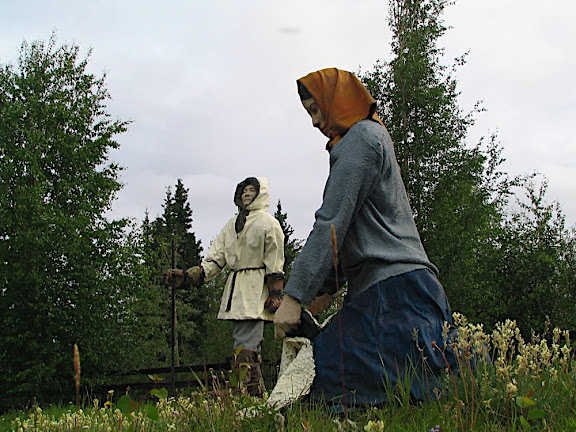 At first glance, I thought there were actual people hanging out in the ditch. At second glance, I thought "That guy's overdressed for this weather." At third glance, I realized they weren't moving and that it was the smallest road-side attraction I've ever seen (other than plaques, which I don't think count). 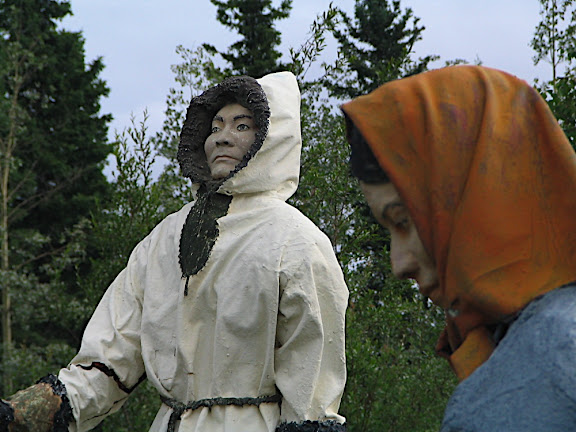 A closer look. Whoever made these human-sized statues did a great job on making the fabric look real. 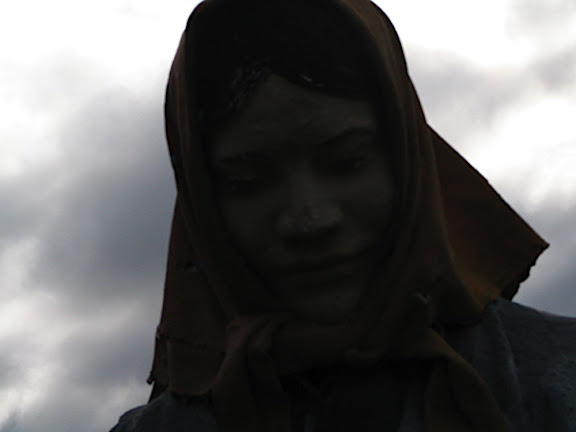 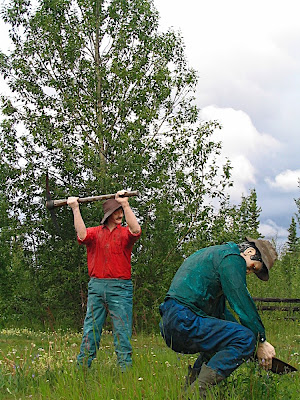 From the right angle, it looks like the guy with the pickaxe is going to attack the goldpanner. I can't blame him, really. What kind of goof pans for gold in a patch of flowers? He must be the laughing stock of the claim. 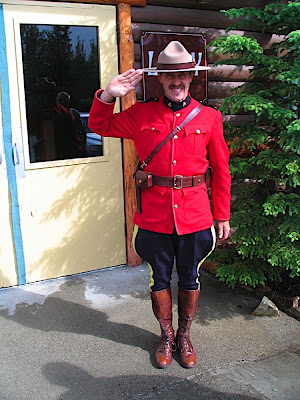 This one is real. A real person, I mean, not a real RCMP officer. He's part of the entertainment at the Beaver Creek Rendezvous, which is well worth the $15 if you happen to be in town or feel like going for a little drive to take in an evening's entertainment.

I can not believe that no teenagers have ever came along and put these people in "compromising situations"!

My mom had fake Canadian geese in her yard and we couldn't let them alone! We had them "hung" up like dogs out front of her house. :)