WARNING: The following post contains graphic images of animals getting it on.

You know that earth beneath your feet? Looks solid, doesn't it? Feels solid, too, doesn't it? Looks can be deceiving.

The ground around Fort Smith is made of karst - and karst is anything but solid. It hides caves and fissures and cracks and holes. In karst country, cracks and sinkholes can open up just about anywhere - even in the middle of a highway. 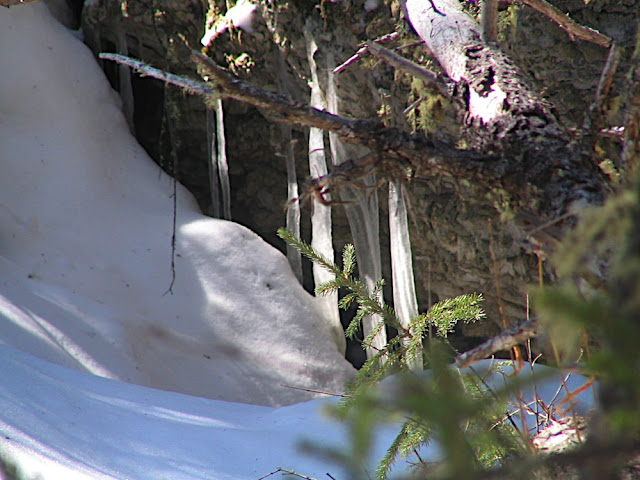 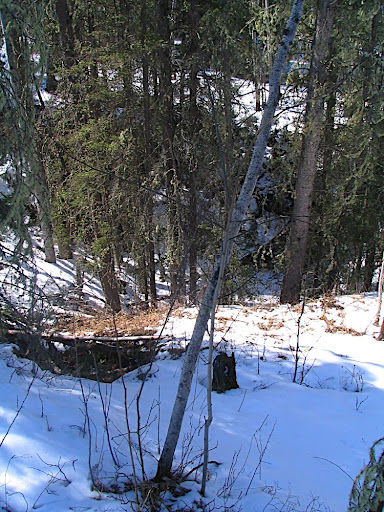 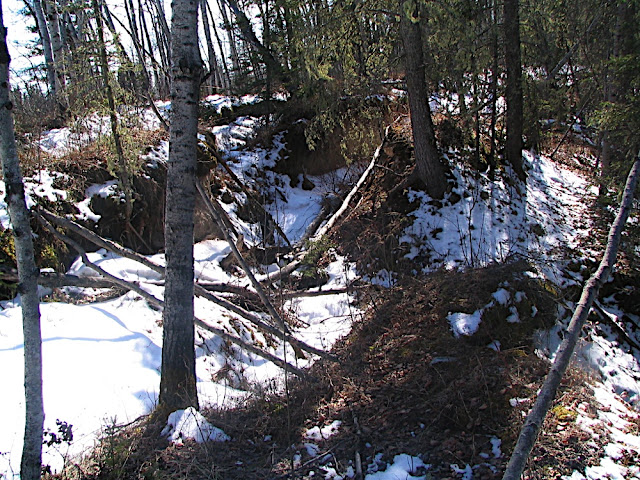 If it weren't for the karst, Fort Smith would be too far north for the red-spotted garter snakes to survive. Luckily for the snakes, the cracks and holes and caves and fissures in the karst landscape of Wood Buffalo National Park are deep enough that they can spend the winter below the frost line. 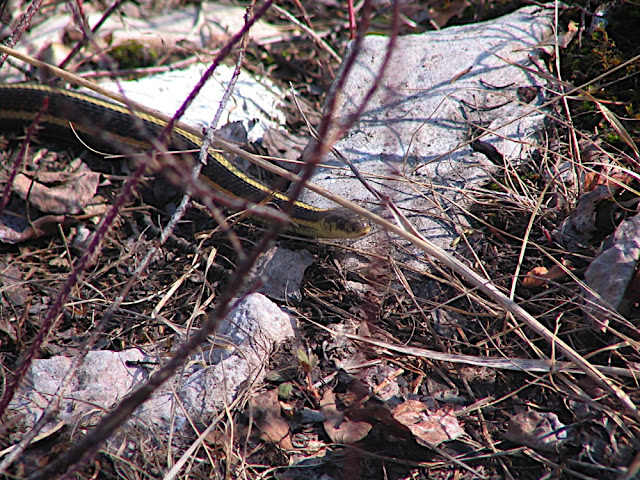 A snake emerges from the the warmth and safety of a crack in the ground. 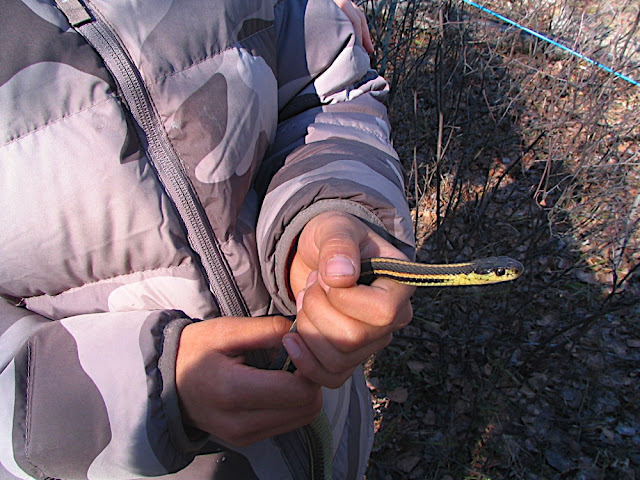 A local resident visits with a garter snake. 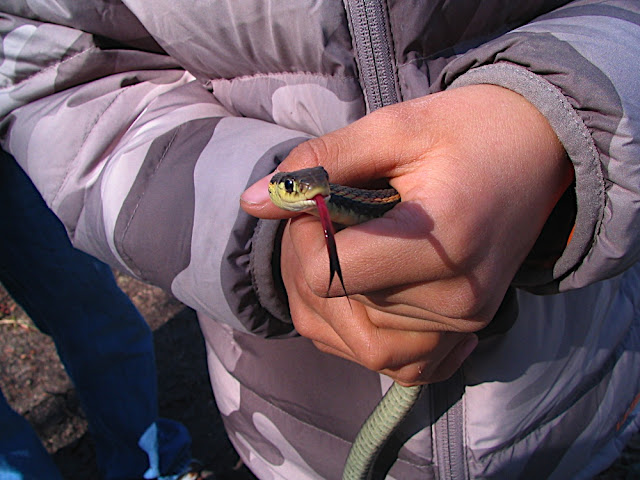 The snakes sniffs the situation. 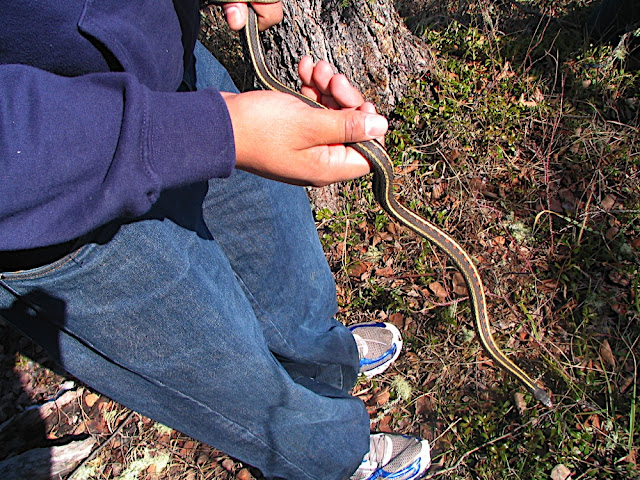 The snake tries to slither free. 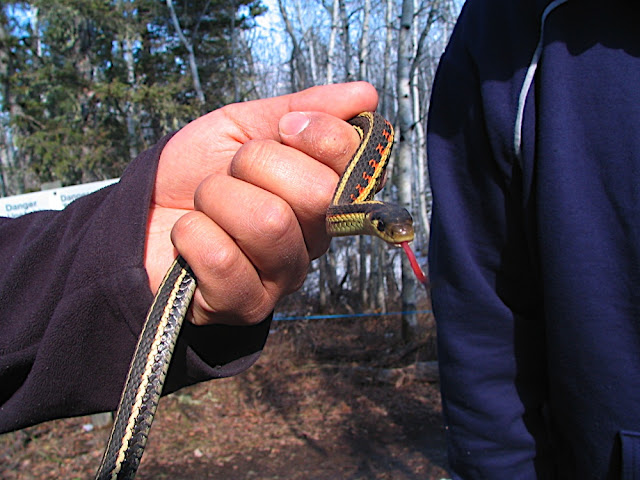 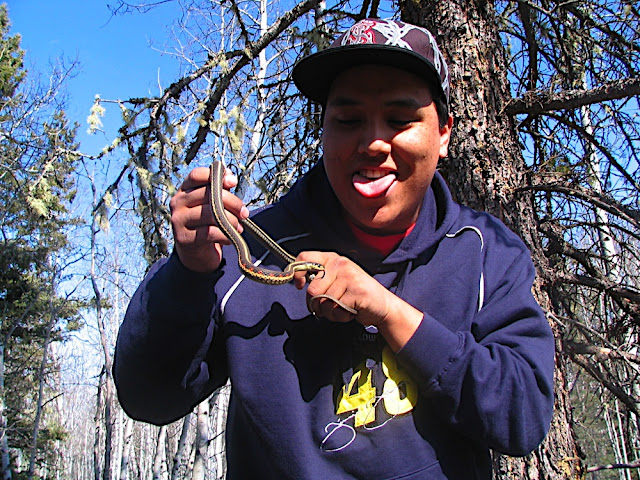 Robert tries smelling with his tongue, too.
When springtime comes and the sun gets warm enough for the cold-blooded critters, they become filled with, uh, the urge to congregate. 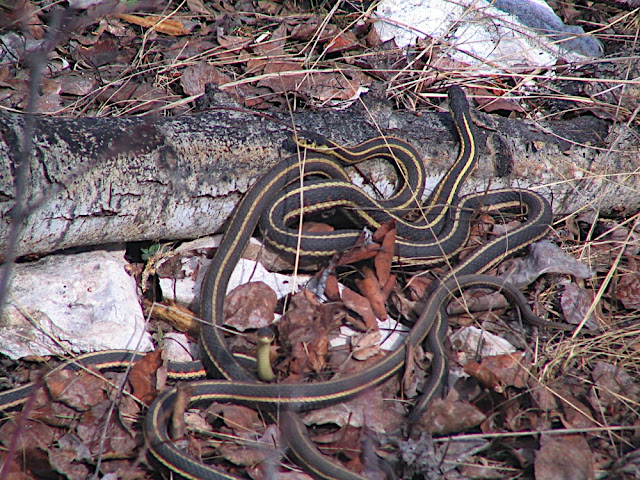 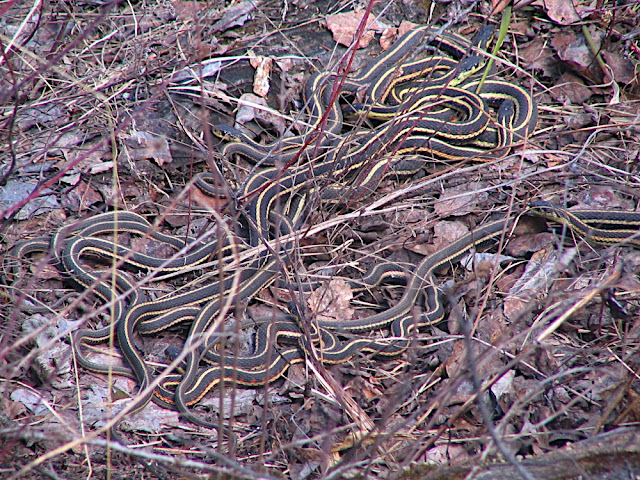 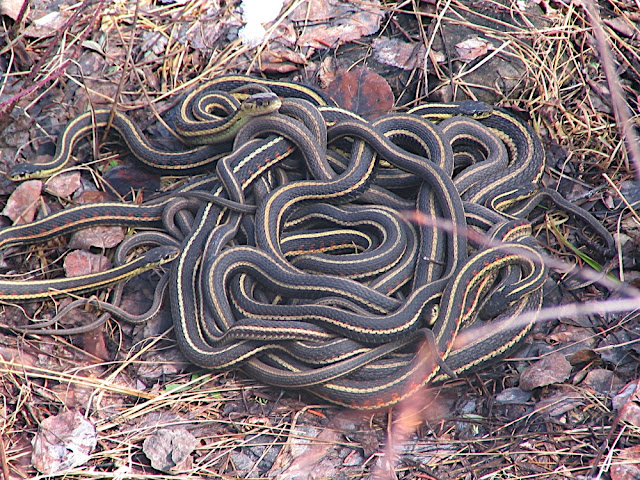 A female snake is, uh, congregating with a dozen of her closest boyfriends. 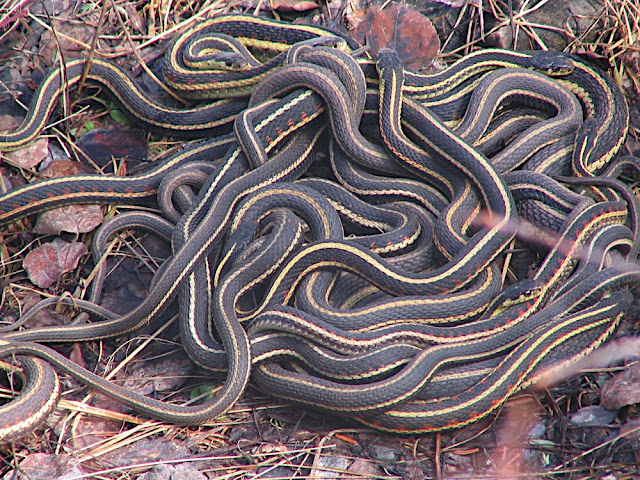 Later, the baby snakes ask each other "Who's your daddy?" - but none of them really know. 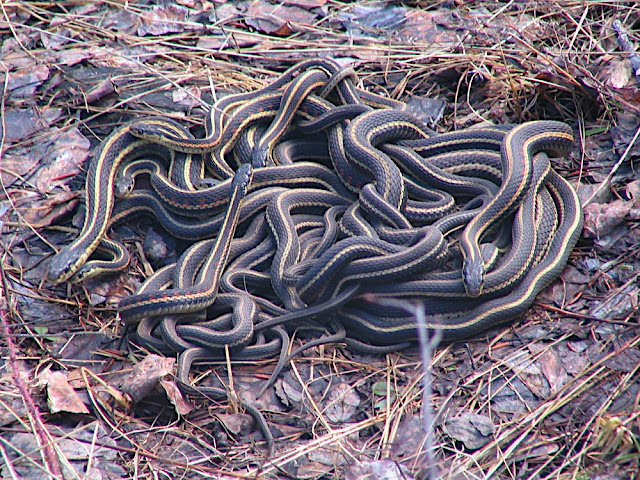 Aw, look! Two of them are kissing!
When the snakes are finished the, uh, congregating season - when the sun is even warmer but before the leaves emerge - the snakes will bolt for far-off lakes and ponds and streams where they'll eat their ten to thirteen frogs (that's all they need to survive) before returning to the warmth and safety of the snake pits.
It has been a life-long dream of mine to visit a snake pit. I cannot express how very, very neat it was to see. If I lived in Fort Smith, I would be there every spring to witness the, uh, congregating snakes.

I had a sneaky suspicion I might see a few pictures of snakes when you mentioned the karst around Ft. Smith. One of my favorite areas up around the park there for sure. Ah...congregating snakes! A sure sign of Spring! Thanks for the trip down memory lane. I loved this post.

The interlake in Manitoba is home to some of the most famous Gartersnake hibernaculums, and I've been lucky enough to visit them. Fascinating. And just a small factoid, only one male actually consumates the congregation. As soon as one of the males is, um, successful the female secretes a waxy plug blocking all further attempts.

Warning: The following post contains graphic images of slimy, slithering, disgusting snakes. So all you folks suffering from Ophidiophobia beware!!