On the virtures of YXY...

One of the many neat things about living in Whitehorse is the airport. The Eric Nielsen International Airport (YXY) is unlike most international airports - at least, the ones that I've seen.

If you're an aerophile (like Murray at Explore North), you'll love YXY.

Because you can walk around YXY and, for about 80% of the perimeter, get close-up views of any of the aircraft taking-off or landing. Plus, YXY doesn't get your normal run-of-the-mill aircraft. YXY gets fighter jets.

The airport was founded because of its strategic location; an essential link in a chain of runways - known as the Northwest Staging Route - that ran from Alberta to Alaska, created for the defense of North America. Alaska and the Yukon are in close proximity to Asia and, as such, shorter-haul aircraft that are flying from Europe or Asia to Western North America often make stops in Whitehorse.

An amazing array of international aircraft, commonly of a military persuasion, stop in Whitehorse. British, Canadian, and American fighter jets buzz the city before they land, but YXY also gets a variety of water bombers, search and rescue aircraft, small aircraft, and passenger jets. A couple of years ago, the world's largest helicopter made a stop while enroute from Russia to the diamond mines north of Yellowknife.

The best part is, you can get a great view of them all from the chain link fence and pathways surrounding the airport!

Last Friday, we went down to the airport to see the planes that were coming in for the Yukon Sourdough Rendezvous. Not all of the planes had arrived, but here are a few pictures of some of last weekend's visitors to YXY... 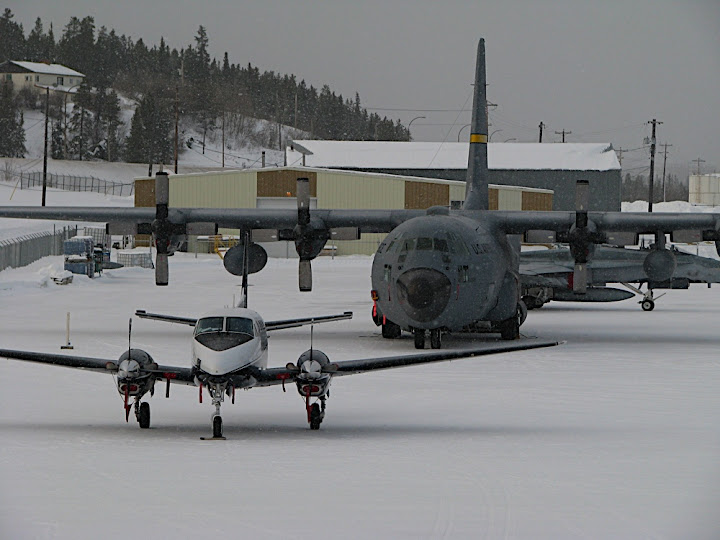 Not all aircraft are created equal. 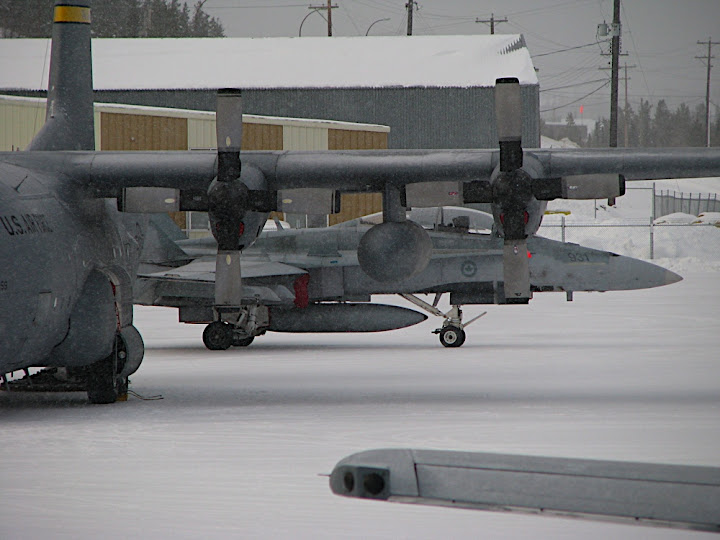 Who's that hiding behind the big plane? 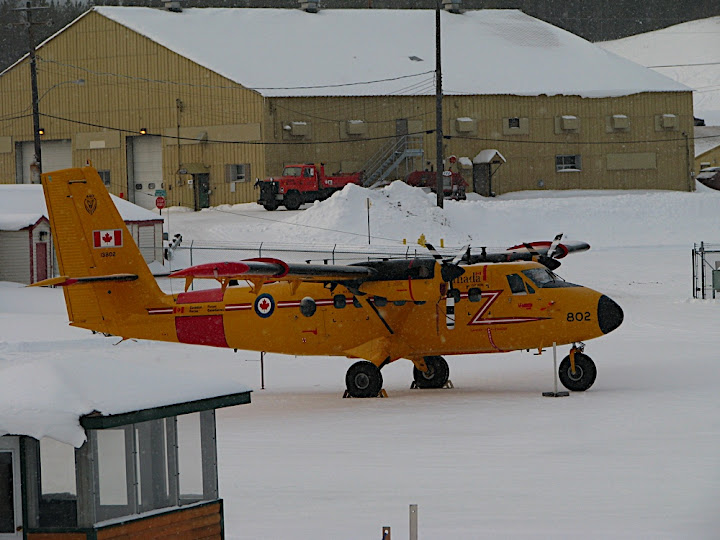 My favourite plane of all time: the Twin Otter. Who doesn't love a plane that can carry three canoes, make short take-offs and landings on floats or skis, and make its props go in reverse? 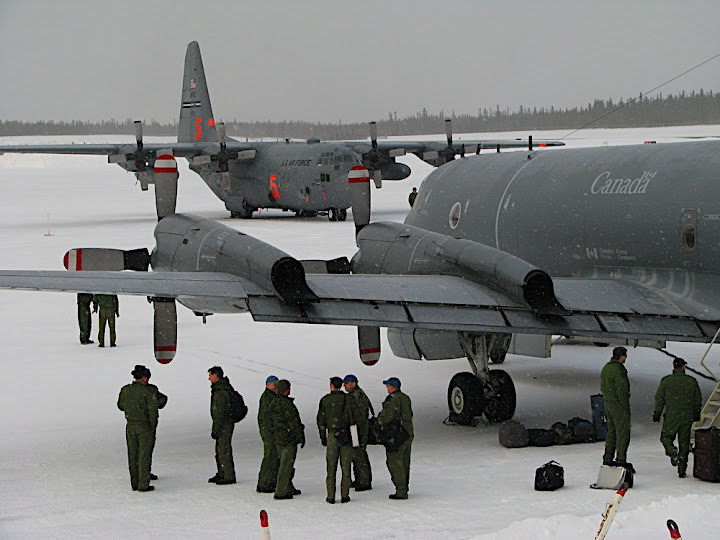 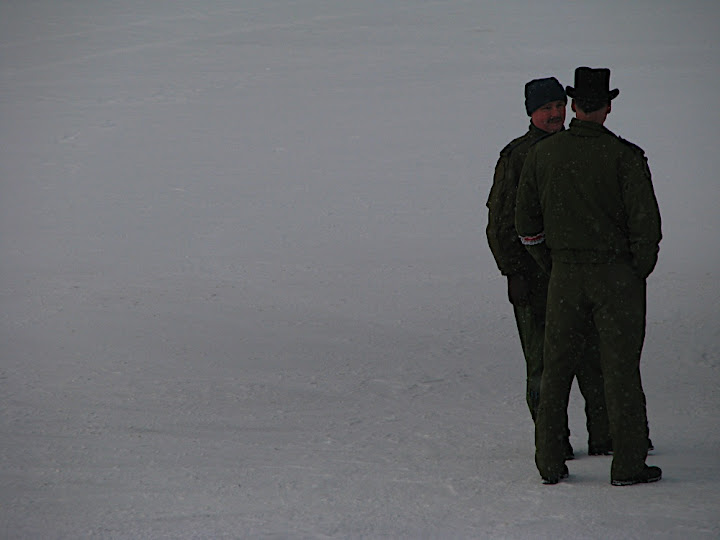 You can tell which one is an officer and a gentleman. He's dressed up for Rendezvous. 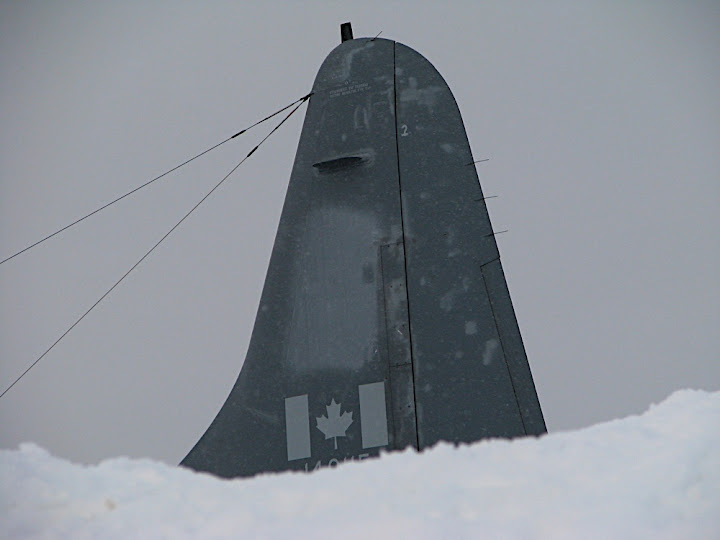 Check out the custom paint job on this puppy! The camoflauge makes it easier for the plane to hide in dark clouds... 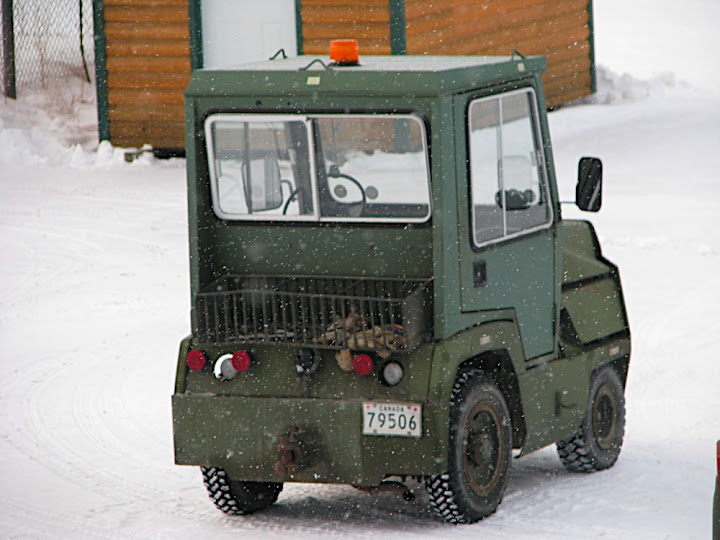 I have no idea what this little vehicle is used for, but seriously, why aren't we using these as commuter vehicles? They're way cooler than Smart Cars... 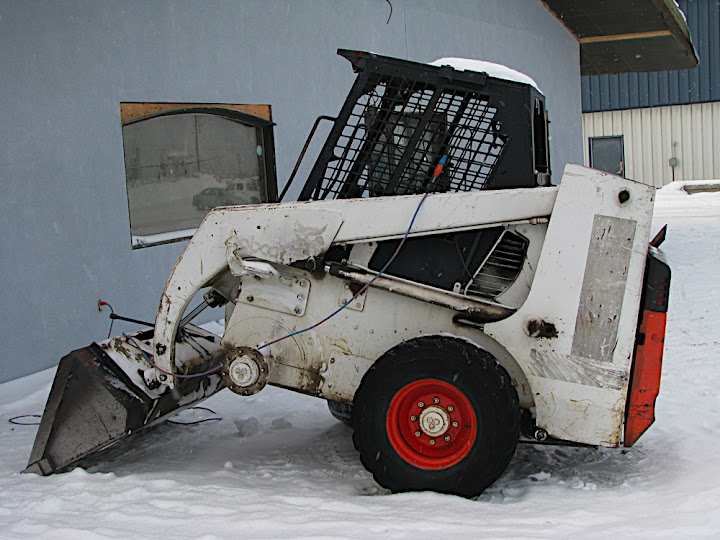 This bobcat was at the hotel across from the airport. The poor thing isn't going anywhere fast. It took Fawn a little while to figure out what was wrong with it, though...

Email ThisBlogThis!Share to TwitterShare to FacebookShare to Pinterest
Topics: flying

I liked this post. My stepfather lived for a brief period in Whitehorse growing up when my grandfather was in the RCAF. He would always tells me stories of the military there and I can't wait to visit the city one day.

And here I thought this post was going to have something to do with genetics.

So much different than USA these days! We'd probably be wire tapped or flagged as terrorist for taking photos of military planes! If we could even get close enough to TAKE photos. My cousin is in the national guard and was stationed at an airbase for a while and we did get to see a blackhawk helicopter up close it's pretty neat.

When you make it to Whitehorse, let me know and I will (and/or find an expert) who can point out some of area's military history!

Jennybell, you know that scene from Wayne's World where Wayne and Garth are sitting beneath the planes as they land? You can do that here. It's loud.

As to the Bobcat: Obvious, the back tires are a couple sizes too big. Hope Fawn figured that one out.

And that smart Jeep is quite a common vehicle around remote airports. You just need to stick around watching some more, and the purpose will soon reveal itself. It is used to pull the winch cable to the far end of the runway. The winch cable is then hooked to the belly of a waiting Herc and the cable is reeled in in order to launch the Herc into the air.