The Big Band played at the Atlin Arts and Music Festival this past weekend.  Jade and I drove down on Friday afternoon and Fawn caught a ride down later that evening with some friends.
I couldn't believe how packed the festival's campground was when I got there.  Most of the camping spots were already taken.  The whole area seemed more like some sort of refugee camp (where all of the refugees drive cars, trucks or RVs) than a campground.  If there was a spot available, it was taken within moments.
Fortunately, by moving a barrel and a couple of bikes, I was able to figure out a way to drive into a grassy patch, where I set up our tent.  The grass was tall, but that minor inconvenience was solved by rolling the barrel I had moved over the grass to flatten it.  I left some of the grass standing so Jade would have a place to play.  The grassy mattress made for a nice soft place for us to sit, sleep and play. 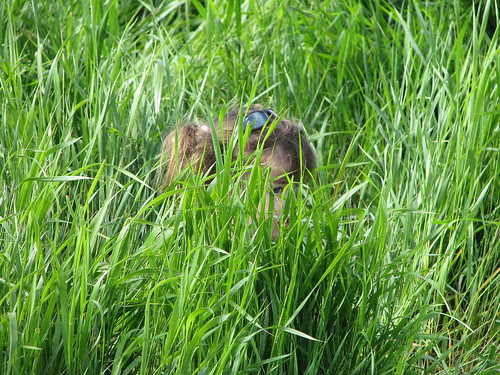 Jade hides in the grass.
Atlin is a pretty place and it makes the walk between the various venues a pleasant one.  It was nice that there were so many places to be entertained, but it was sometimes hard to choose where to go. 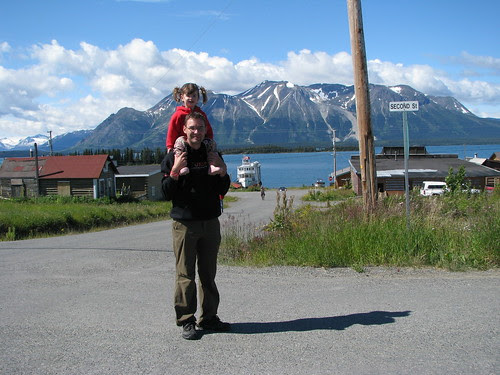 Between venues in Atlin.
Sometimes, we just hung-out at our tent.  Our neighbours were all great.  Jade got to try some of our neighbour's instruments, and so did I.  It is a music festival, after all. 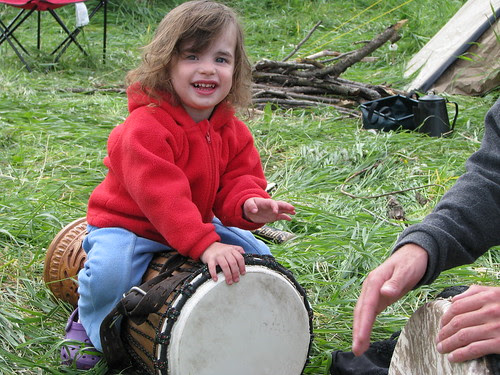 Jade examines the accordion.
The campsite was buzzed by a few airplanes over the course of the weekend.  It was also buzzed by this guy: 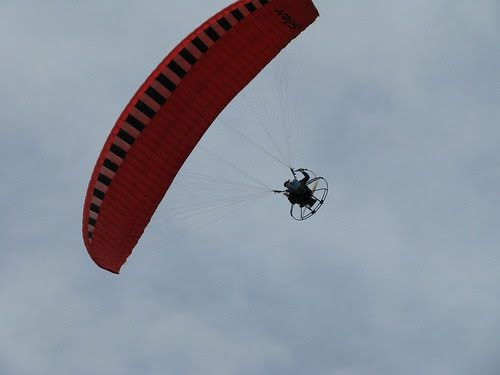 Buzzing around the campsite. 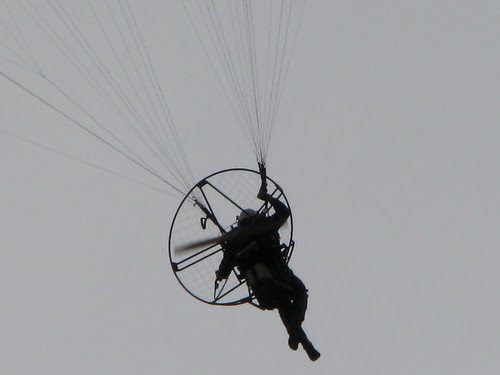 Shoo, fly.
Looking out over the lake, all I wanted to do was hop into a sailboat and go explore its farthest reaches.  Still, I was there for the music festival and sailing would have to wait for another day. 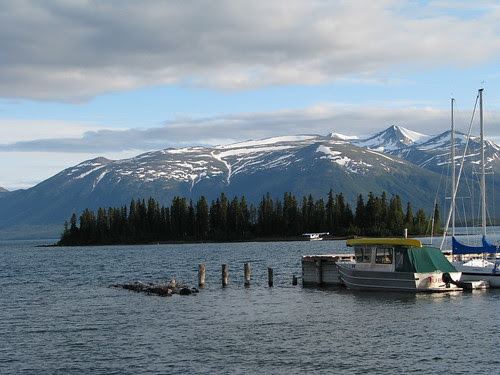 Atlin Lake.
My brother was there and he was kind enough to watch Jade while Fawn and I played with the Big Band for our set.  The band was tight and we had a great set.  I love it when than happens.
Tim spent a lot of his time flying over glaciers, biking around, visiting, and launching puppies through the air. 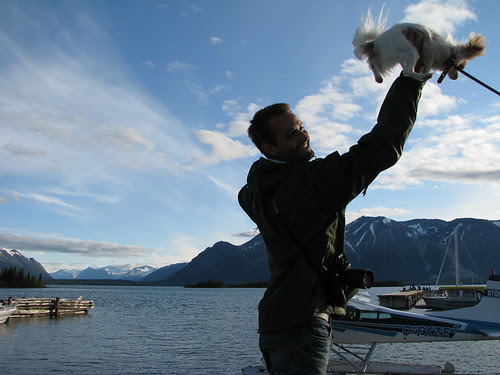 Tim and the papillion.  (He was doing this in slow motion, but the clouds and wind make it seem more action-packed than it was.  No dogs were injured or even distressed in the taking of this picture. This dog was not thrown - it just looks like he was.)
I enjoyed the storytelling workshop, but Jade seemed more interested in a basket of toys and books she had found.  Fortunately, she was quiet as she played.  The story teller was good.  He presented a workshop on how to tell stories and told some of his stories to illustrate the concepts that he was sharing with the group.  It gave me some ideas for some stories to tell the next time I'm sitting around the campfire or need to entertain a group of kids. 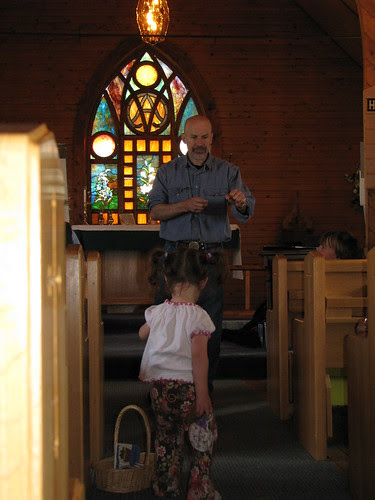 Jade keeps herself busy while the story teller tells another good story. 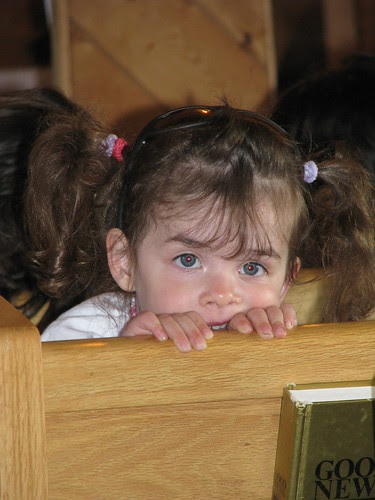 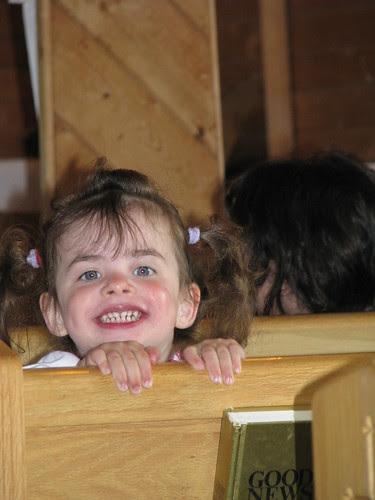 A happy little beaver.
The festival organizers picked some great musicians.  There was a good mix of different musical styles, so there was something for pretty much everyone.  Of course, my favourite was the Big Band - but I'm biased. 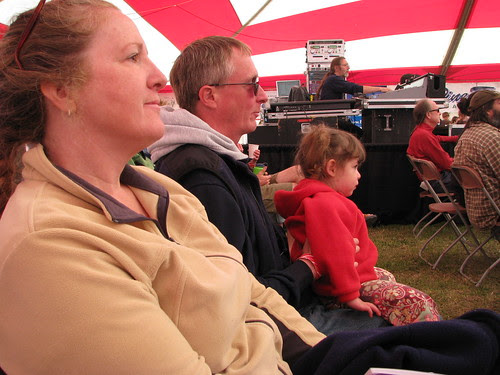 Kelly, Nita and Jade listen to some music.
On our drive home, Fawn and I talked about returning to Atlin for the festival next year.  If we go, I'm going to try leave a little more time for some sailing.

Email ThisBlogThis!Share to TwitterShare to FacebookShare to Pinterest
Topics: Atlin