My brother called me up on Saturday morning, asking if I'd like to join him and a few friends for a hike to a couple of the caves on Grey Mountain, to be followed by some bannock on a stick. Bannock on a stick. Yum.

The hike up to the caves is short but steep. It can be hard on guys with bad knees. Poor Norris... 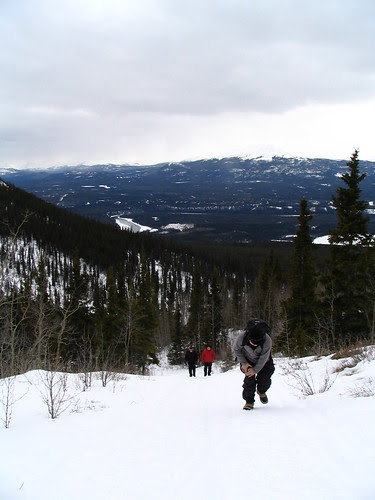 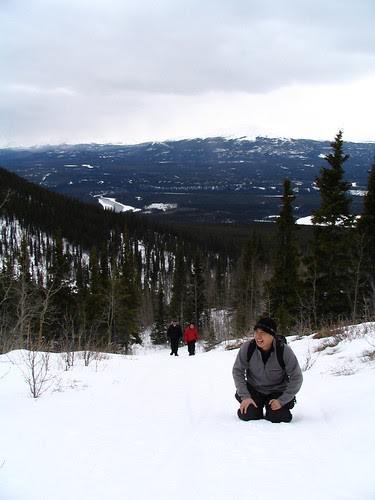 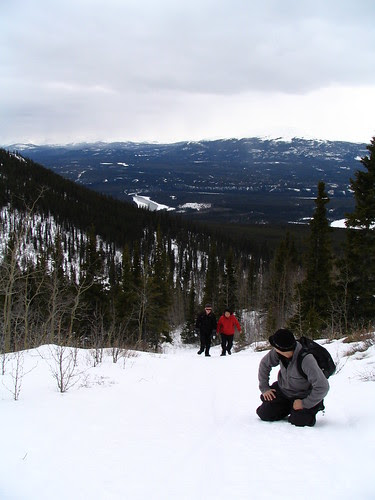 "But I must!  I cannot allow the girls to out-hike me, for I am a manly man! I would lose my honour!" 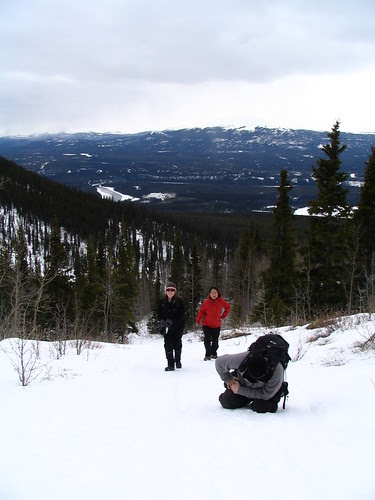 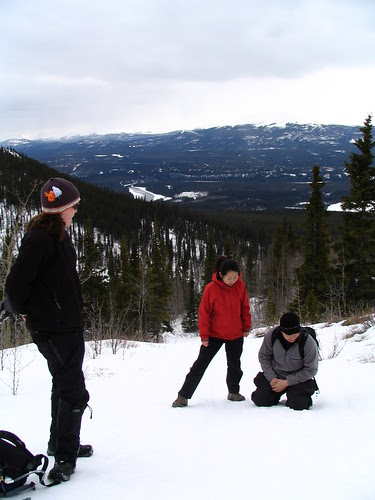 "Alas. They caught me. I am shamed."
OK, so that's not really what he was saying.  I think he was just getting thigh-burn from the fast pace he was setting on the steady uphill trudge.
The wait gave Tim and me a chance to take some pictures. 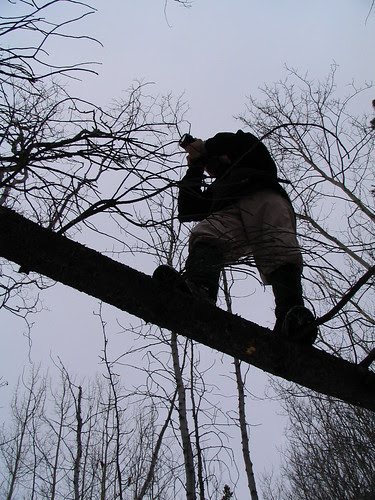 Tim goes out on a limb.

For me, things are looking up. 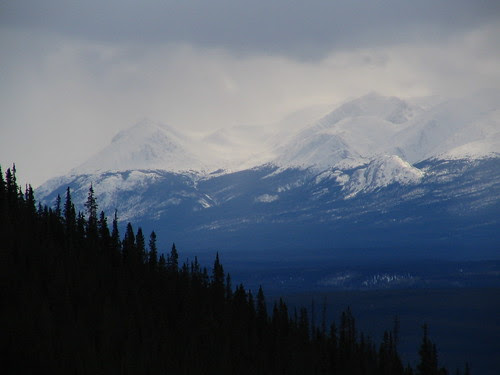 The view's not too bad. 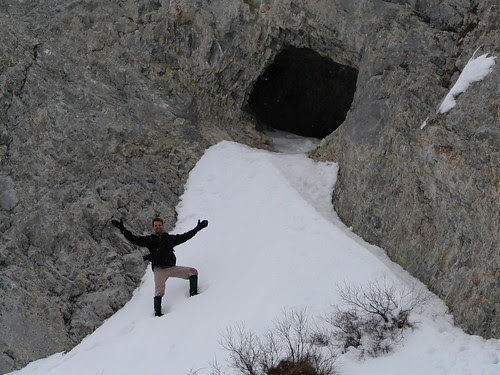 The cave! At last! It's a lot easier to get into the cave in the winter than it is in the summer, because of the nice big snow drift. 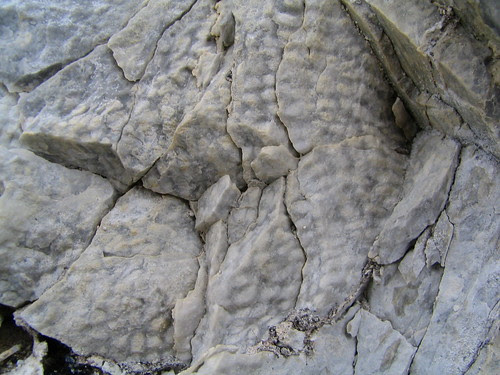 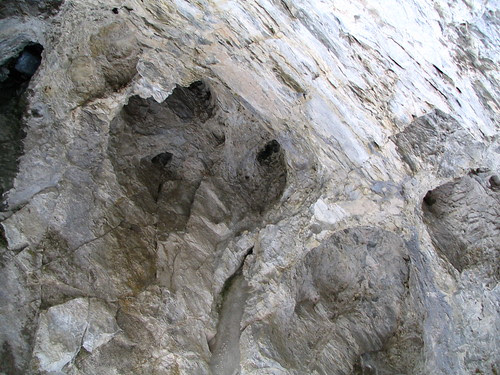 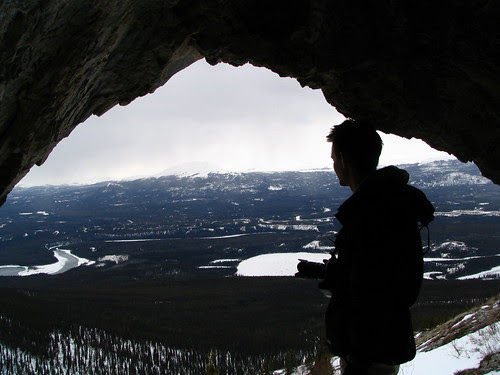 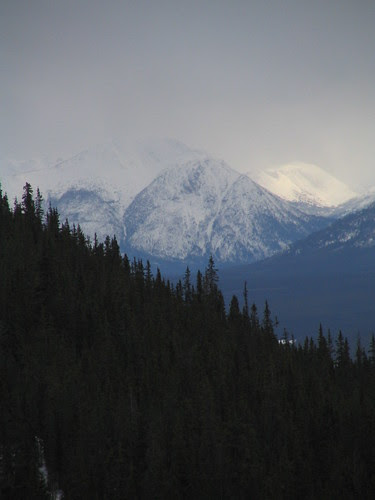 The view of the mountains to the south.
We weren't at the caves for long before our stomachs were telling us it was time to make some bannock.  As it usually is, the trip downhill was a lot faster than the trip up. 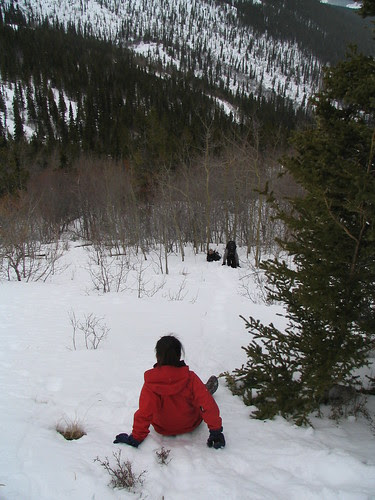 Charmaine, making her way downhill - the view from behind.

Charmaine, making her way downhill - the view from the front.

Me, choosing to surf downhill instead of riding on my butt. I once saw a guy (a guy who is mentioned in this posting) slide downhill on his butt, only to get it jabbed rather painfully by a skinny, sharp and hidden tree stump. 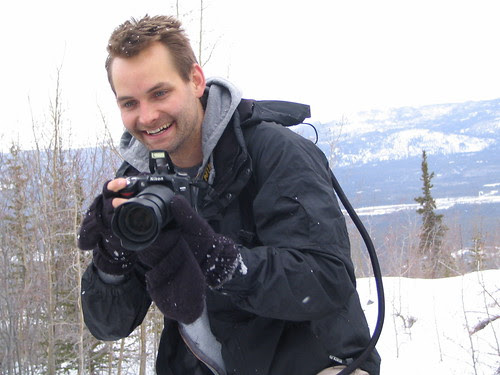 What is Tim taking a picture of that makes him so happy? 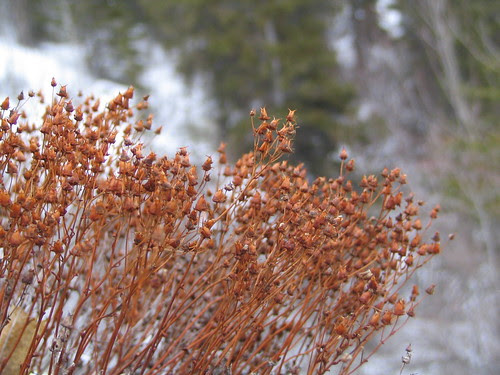 He's taking a picture of this nifty little plant - one I have yet to identify.
As quickly as you can say "Whee!" we were back where we started, throwing the firebox together and making bannock-on-a-stick.

Mmmm...bannock.
It was a short hike, but all-in-all, it was a nice way to spend a couple of hours.

Hey is that a Liard Firebox! I have one too! Shameless plug and you should stop picking on Norris!