I'm not going to make a big entry about my trip from Bellingham, Washington to Whitehorse, Yukon. Instead, here is a short entry with a bunch of pictures.

If you like big entries, there'll be a mammoth one about our trip to Mexico coming soon. It will be, quite possibly, the longest blog entry I've ever made. Don't worry, I won't be offended if you choose not to read it, but there are some very nice pictures and you won't want to miss those!

So, without further ado, here are some pictures of the trip from Washington to Whitehorse: 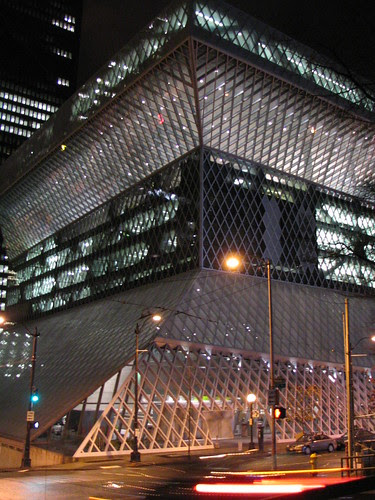 Downtown Seattle was an interesting place and I would have spent more time there if there was any parking that cost less than $15. 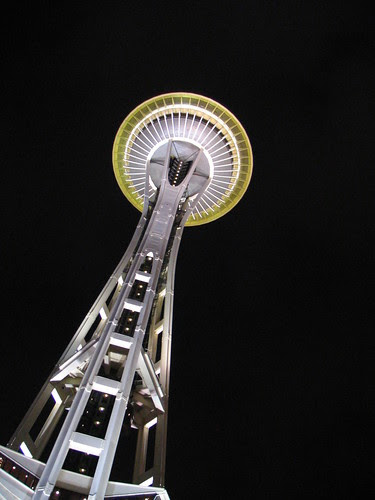 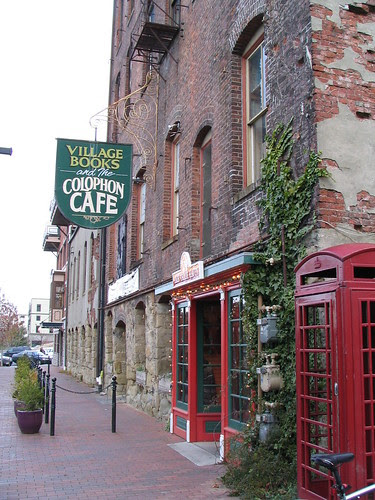 Downtown Fairhaven - a cute little town with a lot of trendy shops. I'm not sure if it's officially part of Bellingham - if it's not, it's hard to tell where one ends and the other begins. I didn't see a name for this sculpture, but if I were to guess, it could be called "Waiting for the ferry." 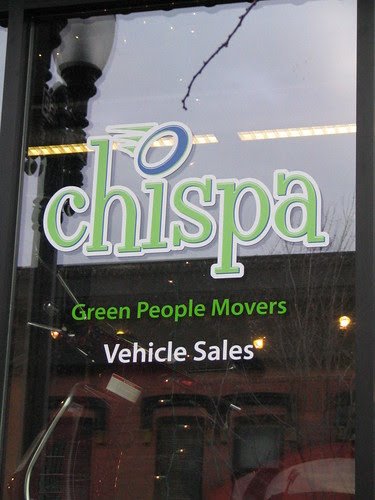 That's pretty specialized, when you only move green people. Talk about niche markets! 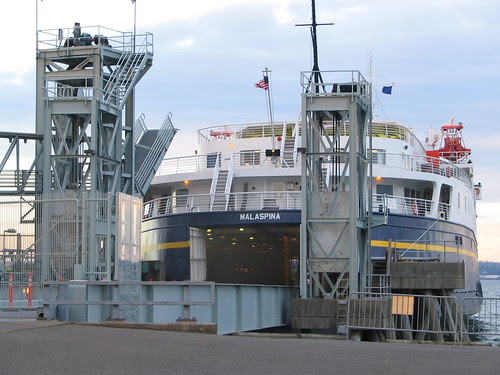 The MV Malaspina - my home for three days. 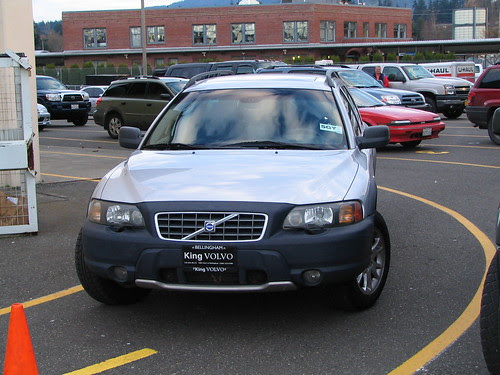 The new car, waiting in the line to get on the ferry. I didn't get any pictures of the drug-sniffing dog because he didn't look like he wanted to have his picture taken. 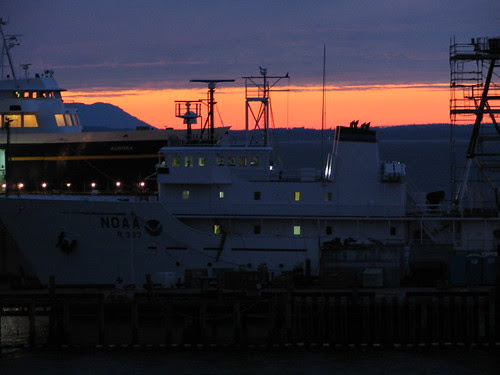 The view from the ferry before we left the harbour. 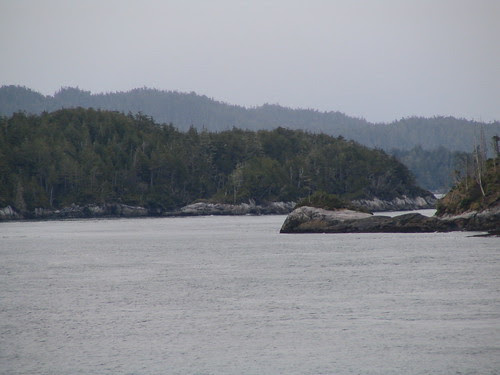 The view the next day. 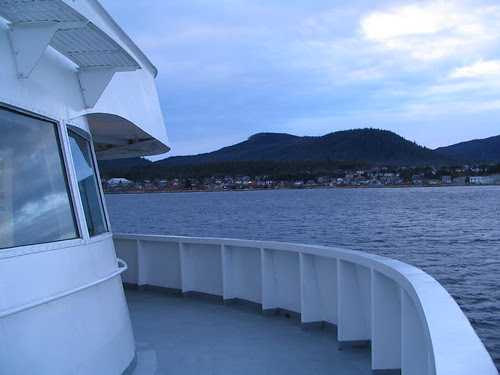 Near Bella Bella and Waglisla, BC. 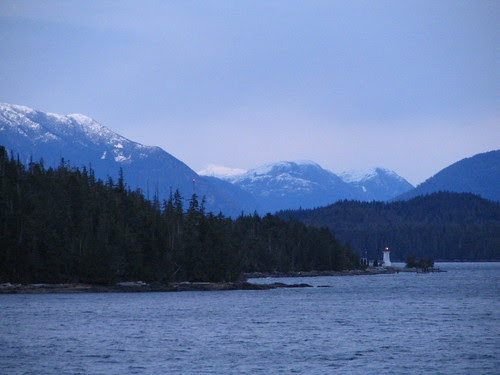 One of many lighthouses. If you like lighthouses, this trip is highly recommended. 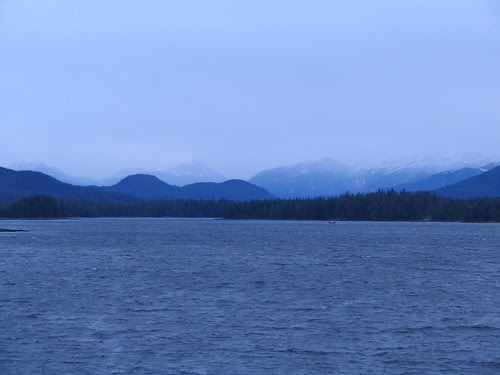 Unfortunately, it was usually dark out when the ferry went through the really narrow, scenic straights, but the wider passages were still very pretty. 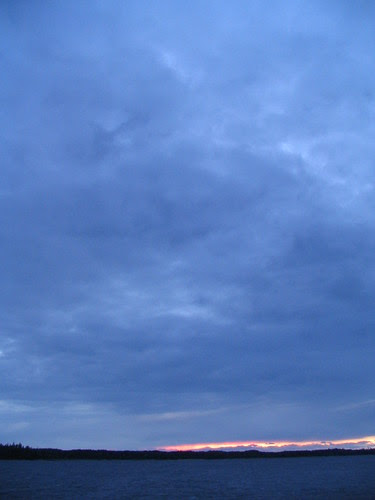 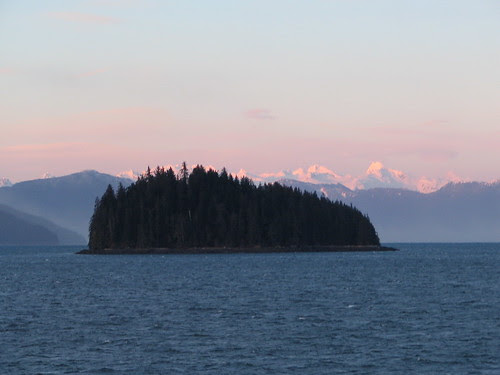 I wonder if anyone has ever counted the islands along the west coast... 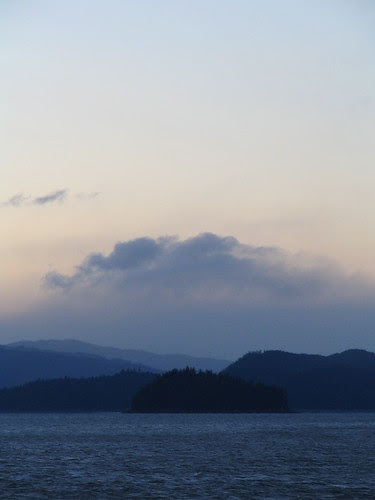 ...because there sure are a lot of them. 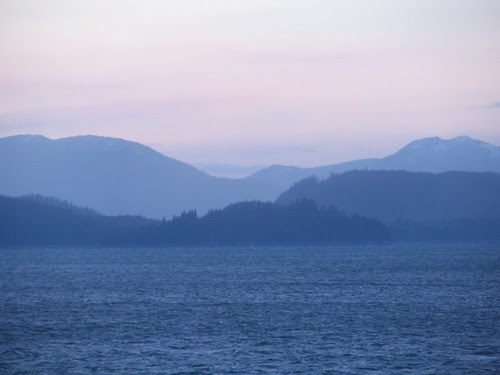 Yup, lots and lots of islands. 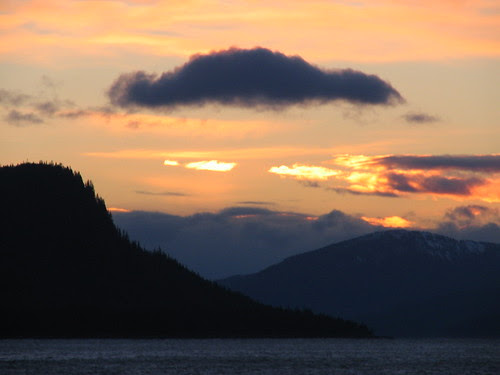 The days were short and the nights were long, which meant I didn't get to see a lot of the scenery, but the sunrises and sunsets were quite nice so that made up for it. 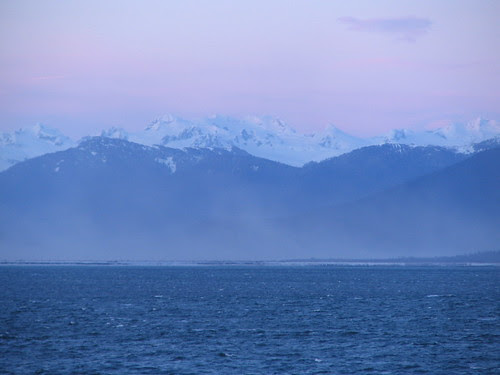 On the last day, it got colder and windier. 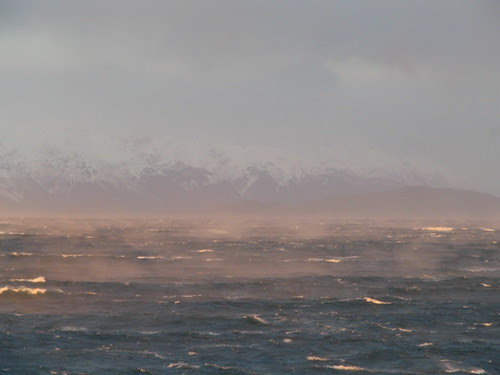 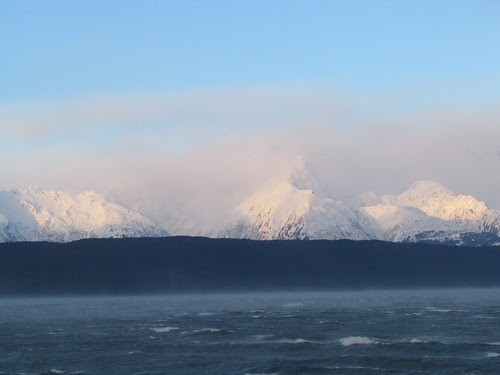 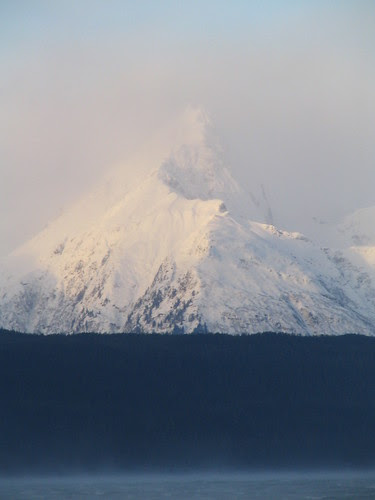 I don't know the name of this mountain, but I think it looks pretty awesome. I wonder if anyone has ever climbed it... 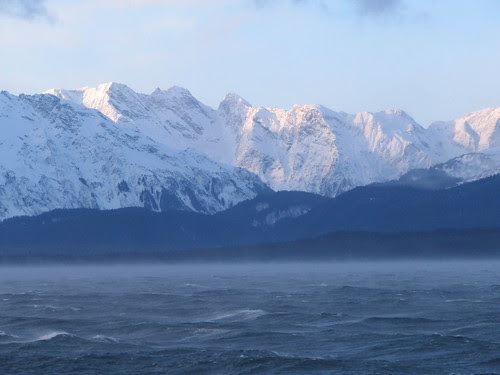 Lots of mountains and lots of wind. 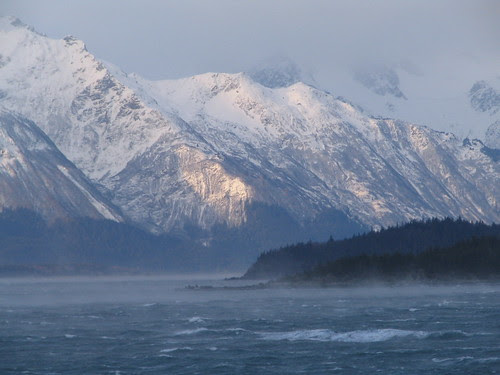 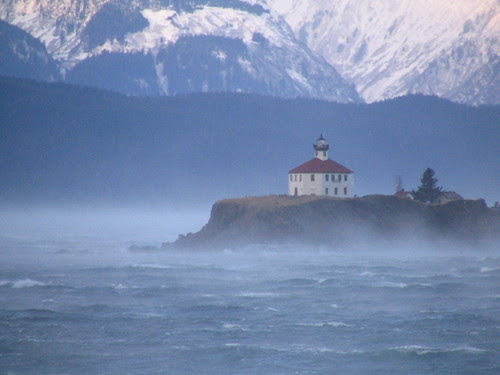 An interesting place for someone to live and work (assuming it hasn't just been automated)... 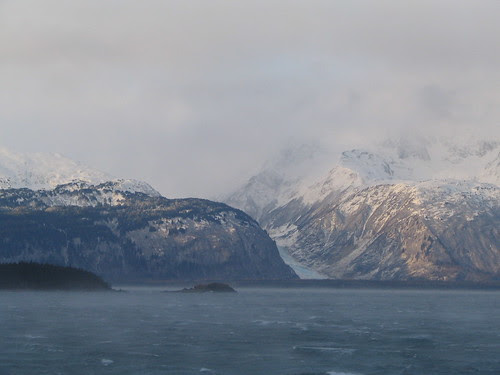 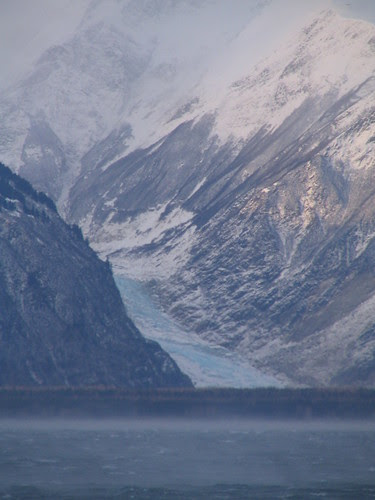 That probably isn't all that little.

All-in-all, it was a good trip. I was living cheap so I brought some food with me and slept out on the deck. There were about six other people with the same idea. The first two nights were comfortable, but the third night was noisy and windy and cold. When I got up that morning, I was the only one left.

Bringing the car through US and Canada customs was easy and, I might even say, a pleasure. The drive back was quick and easy. The next time I have to buy a car (which, hopefully, won't be for a long while), I'll consider doing it the same way.

I've spent a lot of time travelling this past month (including a week in the NWT that I didn't blog about), so it was great to get home and see Fawn and Jade again. I like to travel, but I love my family.

I'll just have to do more travelling with my family!

Awesome pictures bud. I really missed out on my free trip that I could have taken eh?? Thanks again for helping us out with getting IKEA stuff.